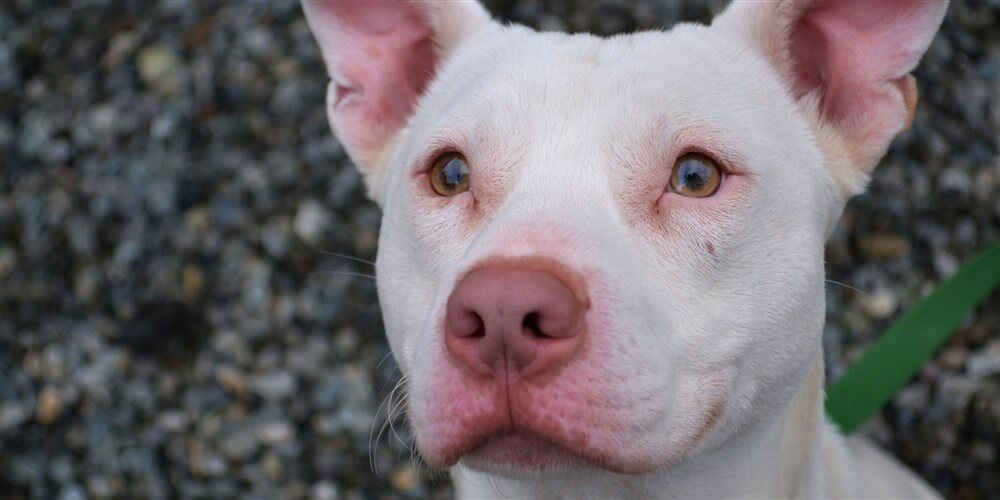 When an abandoned white pit bull puppy was brought into a Florida animal shelter, his prospects didn’t look good. Not only was he deaf, but he had out of control energy and was indifferent to humans. After languishing in the shelter for months, he was put on the euthanasia list.

Luckily, Swamp Haven came to Ghost’s rescue. An animal rescue organization in north Florida that takes in “down-on-their-luck” dogs at kill shelters, they swept in to save the deaf pit bull. After it was unable to find a home for Ghost, Swamp Haven staff contacted a parter shelter in Washington to see if it could help.

“We chose to rescue Ghost because he was deaf, and that made him very unlikely to find an adopter,” says Dr. Suzy Zustiak of the Olympic Peninsula Humane Society in Port Angeles, Washington. She noted that Ghost had some behavioral challenges. He wasn’t happy unless he was busy.

“When you see hundreds of dogs a year, with all kinds and levels of behaviors, you can pick out a dog that has a higher-than-normal drive,” she says. “These dogs are typically difficult to place in ‘everyday’ homes and really need an experienced handler to help them reach their potential.” 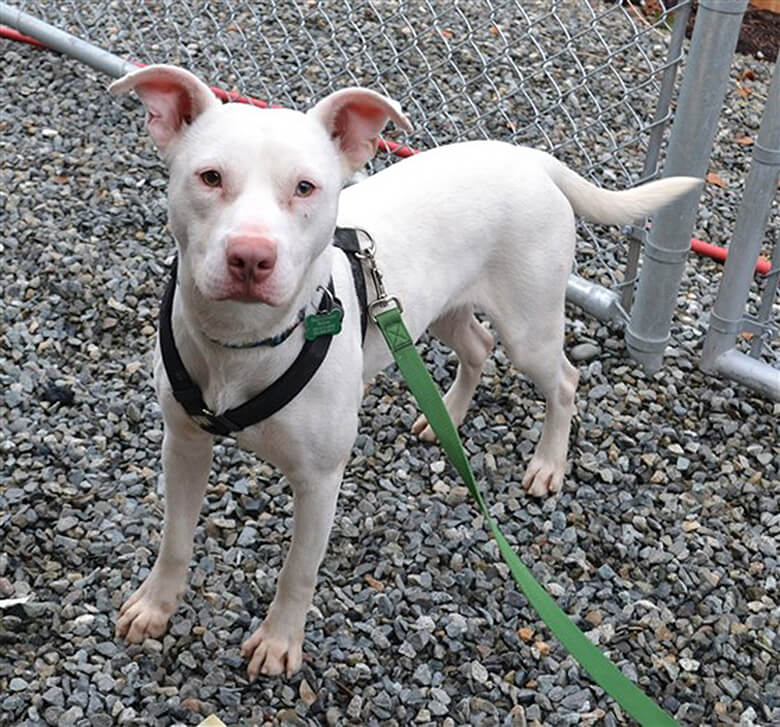 The good news was that dogs with a high focus and desire to work make good detection dogs. Zustiak contacted Barbara Davenport, a narcotic detection K-9 trainer with the Washington Department of Corrections.

From Davenport’s perspective, Ghost’s behavior wasn’t an issue. “I had a good feeling that he would make a great narcotics dog because of his committed ball drive.” She used this drive to help, not hinder, him.

She started training by associating the ball with an odor. “It only took a couple of repetitions for Ghost to begin to independently search for the odor so that the ball would ‘show up’ again.” 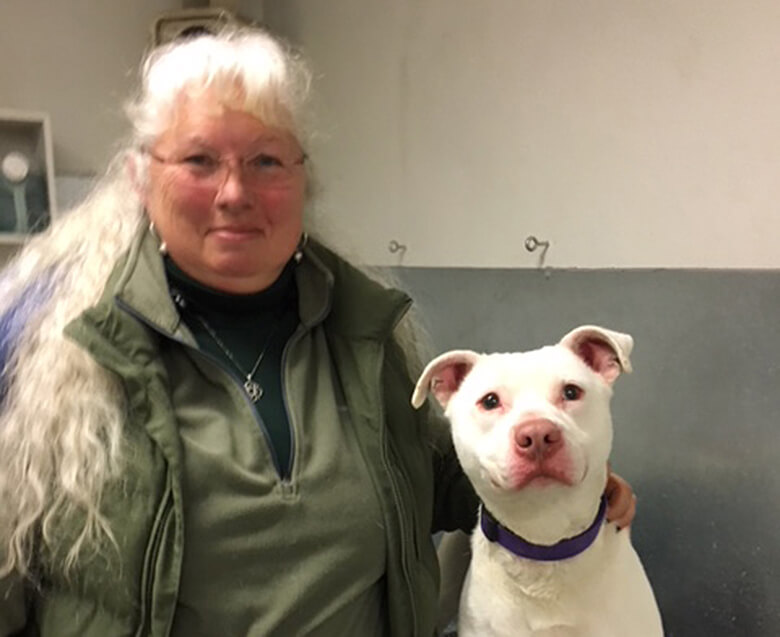 Ghost began a 240-hour training program, which exceeds the standard 200 hours required by the State of Washington for a narcotics detection dog. The handlers begin working with the dogs in the program during the first week. Then each handler is paired with the dog that matches their personality and their jurisdiction’s needs. Joe Henderson was paired with Ghost. 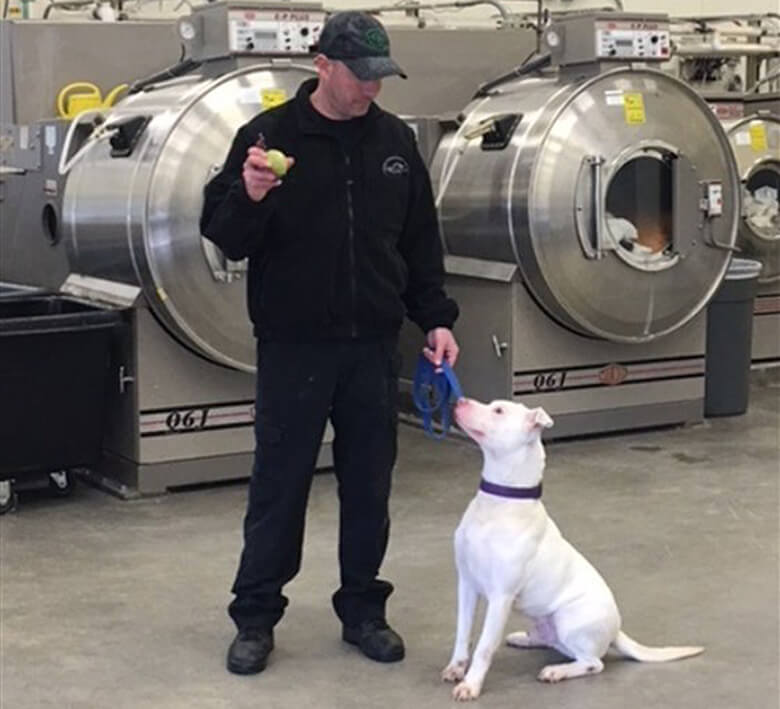 Henderson had never been partnered with a deaf dog before, so working with Ghost required some adjustments in the training process. He and Davenport worked together to teach Ghost commands using hand signals and a vibration collar. Each team learns to conduct vehicle, building and parcel searches as well as searching open areas. Henderson told Today that he had an “absolute blast” working with the “rambunctious teenager.”

Related: A Deaf 11-Year-Old Dog Who Lived on the Streets, Finally Finds a Place to Rest His Head

At 2 ½ years old, Ghost is fully certified. Henderson estimates that Ghost’s career as a detection dog will last up to 10 years. He believes the dog’s deafness gives him an advantage; Ghost doesn’t get distracted, and his sense of smell is heightened.

Henderson told ABC News that shelters are invaluable resources for finding working dogs that are typically hard to place in homes. These are the kind of dogs that are only happy when they have a job.