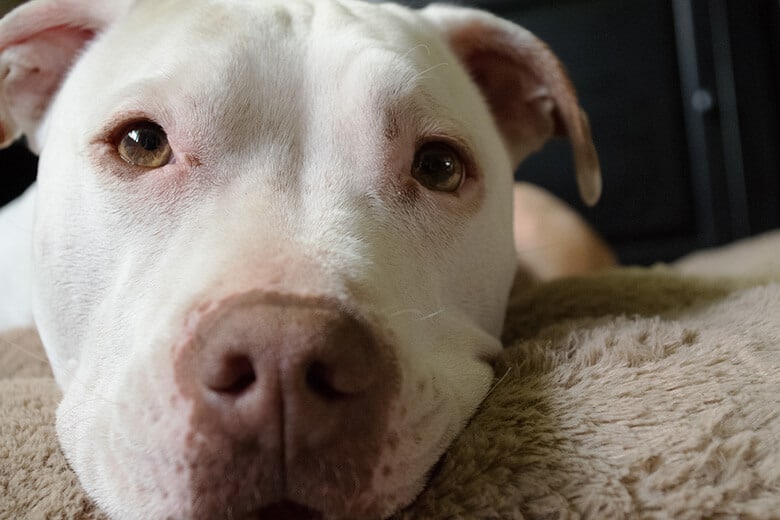 Dogs deemed “pit bulls” have a bone to pick with Americans (and other countries across the world). They’re tired of the rampant breed discrimination. They want to go back to the good old days when they were portrayed in a more positive light.

The misconceptions about this type of dog have grown to epic proportions. In places, such as Denver for example, if your dog looks like it might be a “pit bull,” police officers are required to impound the dog. If three officers agree that the dog is a “pit bull,” the dog is taken away from his owner and put up for adoption in a place where his block head isn’t demonized. 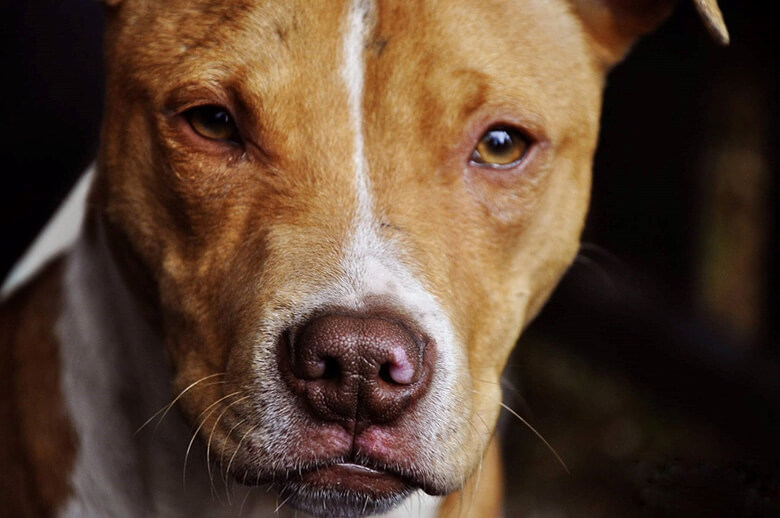 And the reason for the quotes around the words “pit bull,” is that there isn’t actually a pit bull breed. Bronwen Dickey, author of Pit Bull: The Battle over an American Icon, said in a National Geographic interview that the breeds identified as pit bulls are the American pit bull terrier, the American Staffordshire terrier, the Staffordshire bull terrier and the American bully. In other words, there isn’t a single purebred dog that’s a pit bull. And the classification based on the way a dog looks is broadening, with many stating any canine with a large, block head and short coat is a pit bull. In some cities and towns in America and other countries, if your dog resembles the aforementioned breeds or has certain physical characteristics, the dog will be seized and sent elsewhere or be euthanized.

The disparate history of pit bulls

The perception of the pit bull dog has varied greatly from decade to decade, with the breed gaining notoriety in the early 1900s. Around 1916, we have the story of Sergeant Stubby, believed to be a pit bull, or a mix, who was the official mascot of the 102nd Infantry Regiment and was celebrated for saving many human lives. The American pit bull terrier, along with other breeds, were chosen as a mascot during WWI. 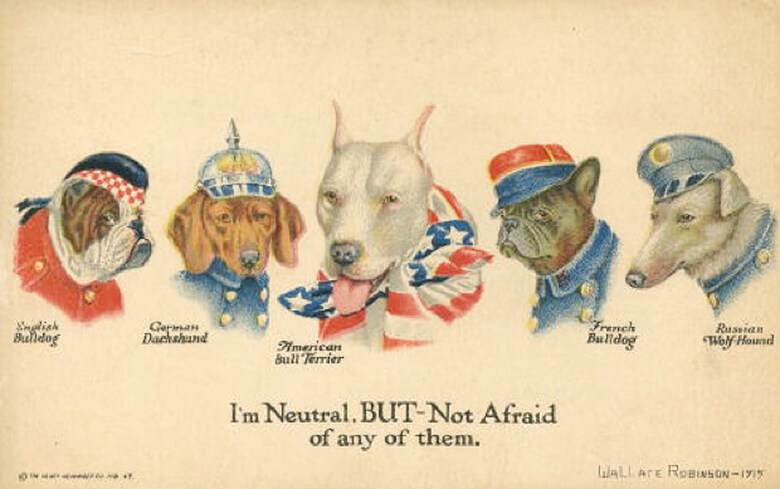 In the 1960s, America fell in love with Petey from “The Little Rascals” who reveled in his friendship with a group of children. In 2010, Jonny was one of the dogs who survived Michael Vick’s Bad Newz Kennels and went on to become a therapy dog. 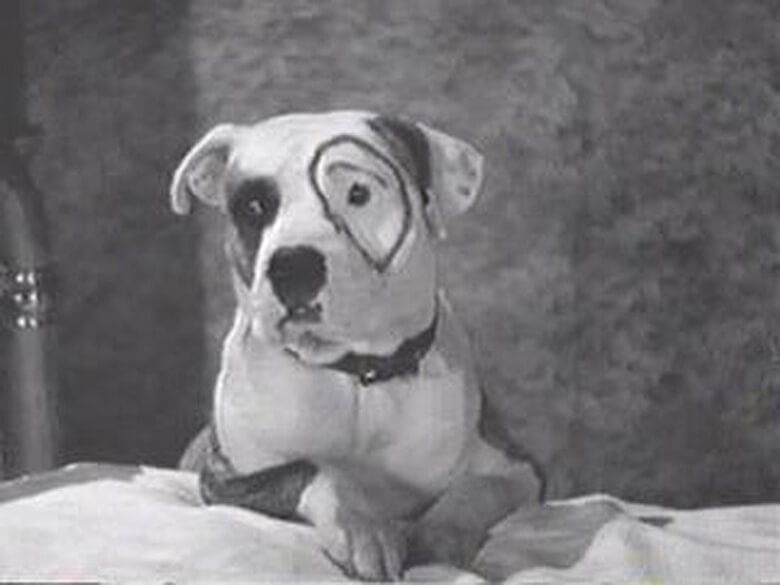 And while many of these dogs are celebrated and cherished by the people around them, others have been taken advantage of by their owners. Indeed, often when dog-fighting rings are busted, the dogs who were forced to fight are pit bulls.

Because of this, pit bulls have been deemed “vicious” or “aggressive” by mainstream media. In 1987, Sports Illustrated put the pit bull terrier on its cover, mouth wide open, with the headline, Beware of This Dog. (In later years, the publication showed the dog in a more positive light.) A site called DogsBite.org has been around for years, warning people of so-called pit bull attacks. 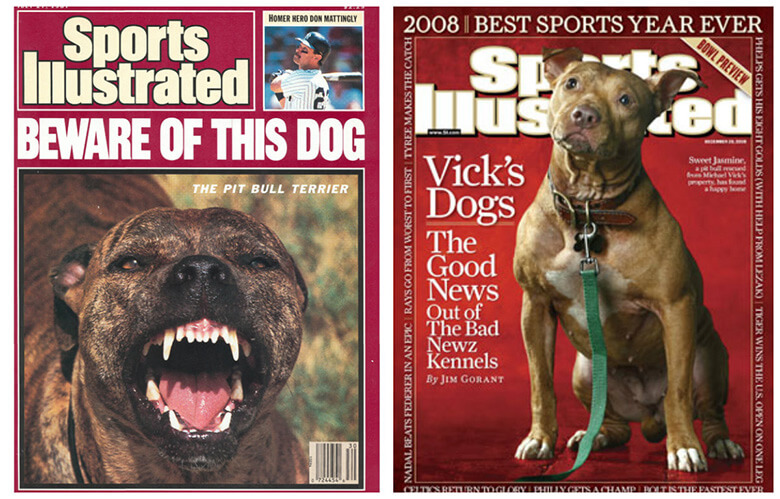 There also have been countless times when a dog attack happened and a pit bull was blamed, only to turn out it was another breed. Indeed, last year when the mayor of Montreal passed a law banning pit bulls from his city, he cited a dog attack in which a woman was killed. Calling the dog a pit bull, it was later reported that the canine may have been a boxer.

When it comes to these bans, the American Bar Association, The Centers for Disease Control and Prevention and the American Veterinary Medical Association oppose breed-specific legislation.

The history of the pit bull is colorful and varied. People, governments, city councils, lawyers, and dog owners should educate themselves before making a gross generalization.

Related: Pit Bull Beats Out Donkey and Cat to Become Mayor of Town

While there are people, groups and organizations moving away from the word pit bull to describe a dog (some are now using the term “pit bull-type”), others are embracing the term.

“We’re about owning the name, or names, and helping people re-associate,” Donna Reynolds, the director of San Francisco-based BADRAP, an animal-welfare organization focused on helping pit bull-type dogs. “An adopter from 15 years old just told me that he used to get a lot of shade from people when he walked down the street with his dog, but now everyone is friendly and warm to them both,” she shares. “The dogs haven’t changed, but we as a society are changing as the dogs win our hearts. That’s a really good place to be.” 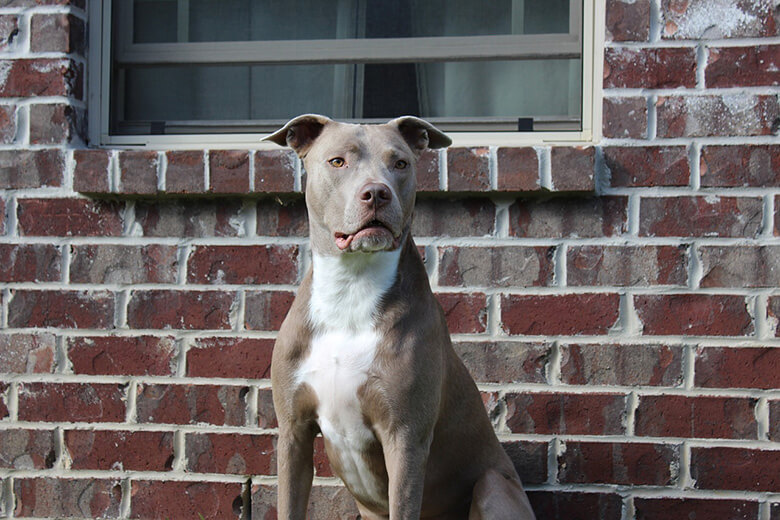 Most importantly, people who are thinking of getting a dog, especially a breed that is so disparaged, should do their research. There’s this wonderful invention called the Internet. You can find all kinds of information on house training, socializing, obedience training, nutrition, and the needs of a particular breed.

Dog get dumped all the time because people believe they’re untrainable, stupid, aggressive, you name it, but it is our responsibility, as an owner, to help guide and train the dog to be an amazing companion animal.

Of course, this doesn’t mean that there aren’t aggressive pit bulls. There are. There are also aggressive German shepherds, golden retrievers, Labrador retrievers, bulldogs and Dachshunds. The issue isn’t the breed as much as factors like early socialization, human and dog interaction and housing conditions. The fact is that there are a lot of pit bulls across the country who spend their lives in isolation, chained up in someone’s backyard. Many don’t even have access to shelter. A dog who doesn’t have experience with humans may be wary and afraid. A dog that’s afraid may bite. 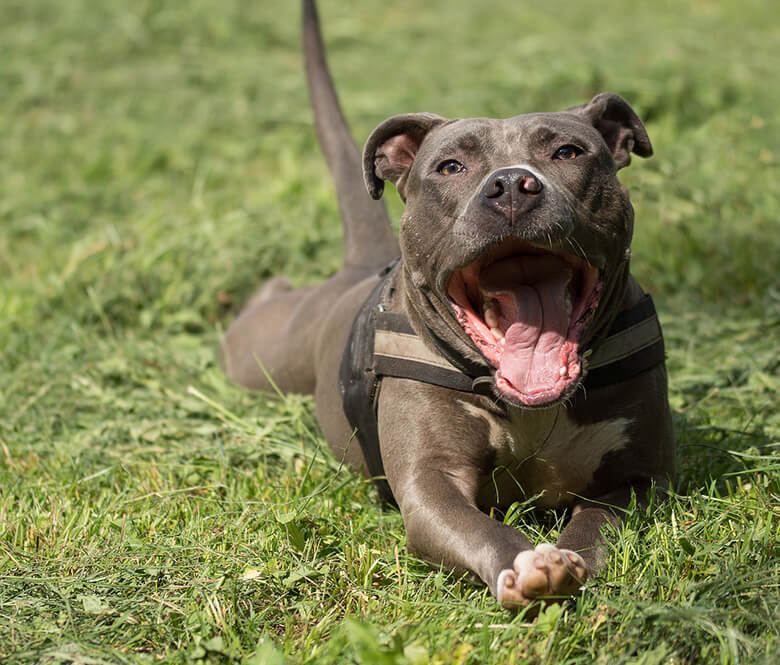 The majority of the pit bulls I’ve met — and I go out of my way to say hello to as many as I can on the streets of New York — are sweet, gentle, goofy dogs. While a few have reacted to my two small dogs, they’ve always given me a sign first that clearly says “keep your distance.” The trick is being able to read dog language — and that’s often the problem when a dog bites. The dog has been trying in the only ways it can (body language) to tell a human that they don’t like something or that it frightens them. Finally, they snap because they have no other way to communicate.

The other issue is that pit bulls are a large breed dog. Their bite can be more dangerous than the bite of a Chihuahua or a Yorkie. But even that’s not always true. I know someone who was bitten by a small dog they regularly took care of. The dog ripped through a tendon, and the man lost some of the use of his hand. Also, pound per pound, the English mastiff has the strongest bite.

My point is that, just like people, dogs should be judged or assessed as individuals. And people, cities, towns, and municipalities should stop pointing the finger at pit bulls. They’re dogs like any other.

Related: After Being Separated for a Year, a Mother and Daughter Pit Bull Pair Are Reunited