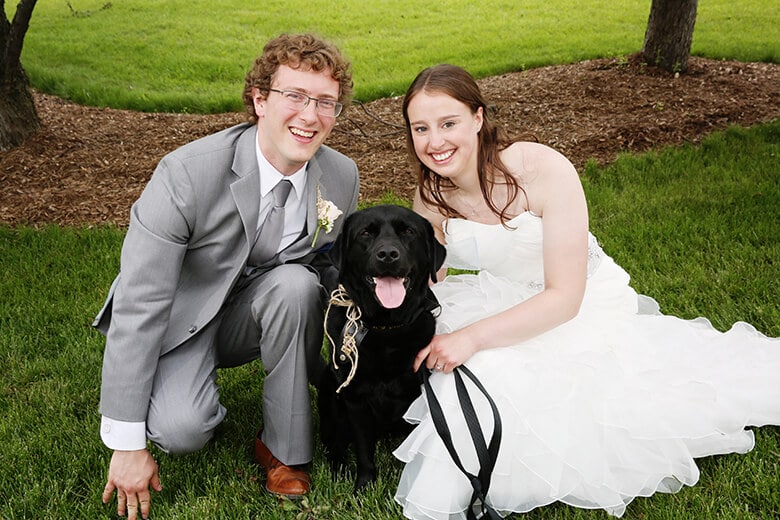 A black Labrador acts as a ring bearer to her foster parents before becoming an arson detection job.

When it came to their special day, Alexander Heritier and Madeleine Erba, knew exactly who was going to be their ring bearer: an arson-detection dog named Daisy. 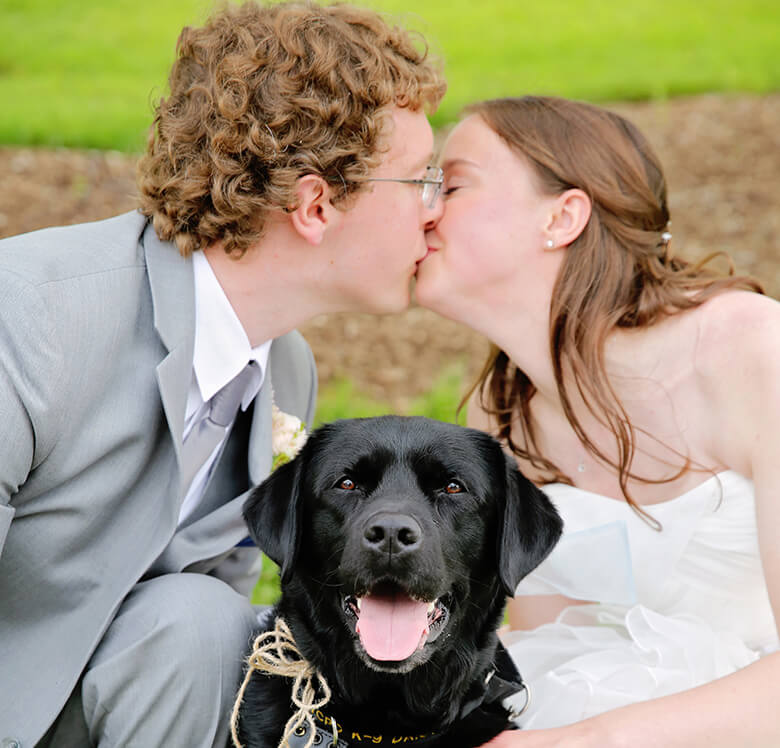 The black Labrador was trained by the couple for one year before she went on to work at the Westchester County police department with Detective John Peters. And they just knew she should needed to be part of their wedding.

“Daisy was a huge part of Al and my relationship,” Erba tells This Dog’s Life.” I received Daisy three months into dating Al. He never questioned once why I wanted to volunteer to raise her, and was instrumental in training her as well.”

Now 6, the dog flew with Peters to Michigan for the big day.

The dog stole the show. There were a lot of “awes” as she made her way down the aisle in her ring bearer role. 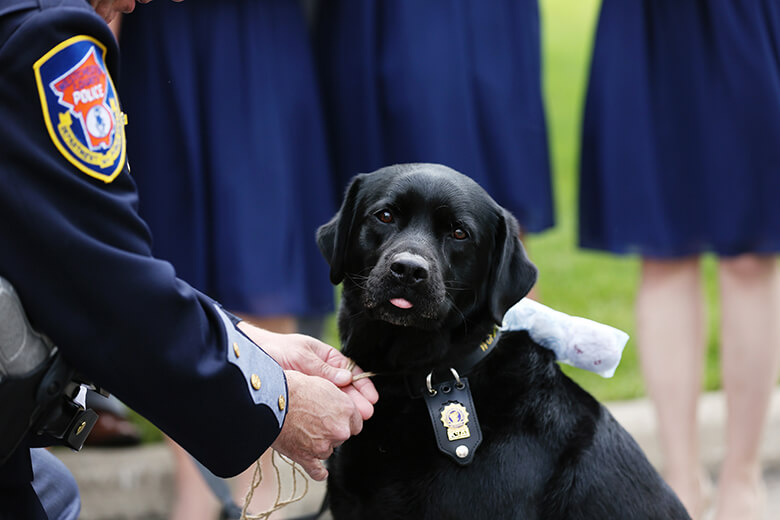 Related: Wedding Gown Worn During ‘Dog Wedding of the Century’ Auctioned Off for Good Cause

“She did absolutely wonderful,” says Erba. “She pranced down the aisle with Detective Peters, in full uniform, at her side.” 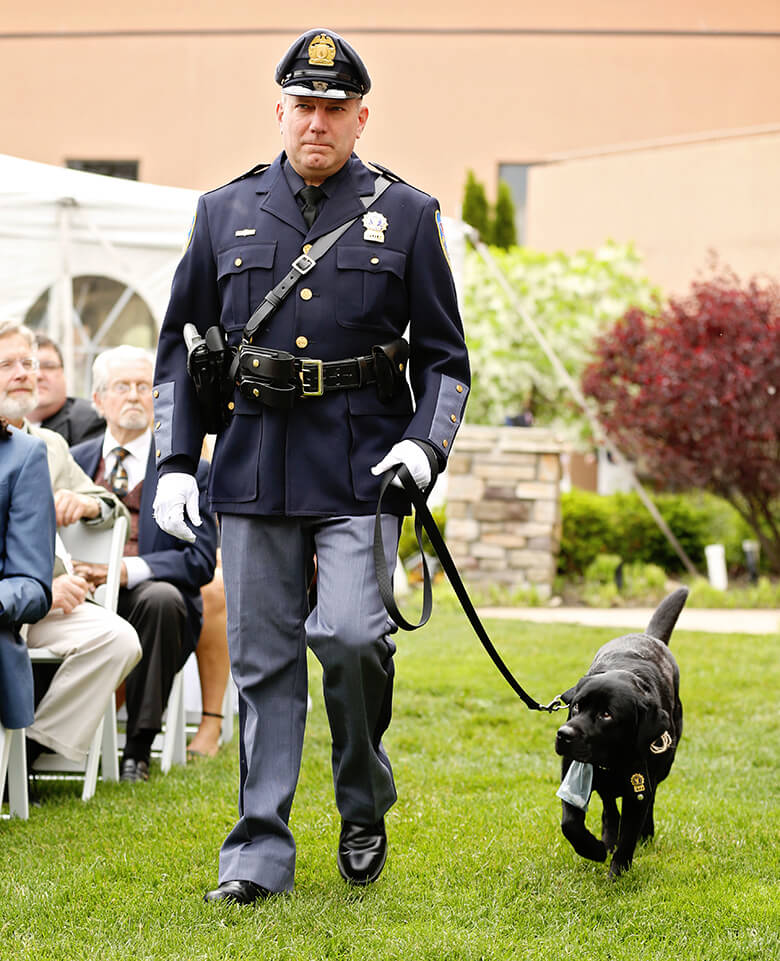 The pup also provided a little bit of comic relief.

“The best man did have a little trouble getting the rings off Daisy, and after a few attempts of struggling with the bag, she pulled Blair [best man] off balance,” says Erba. “However, she immediately licked his face in an attempt to apologize.” 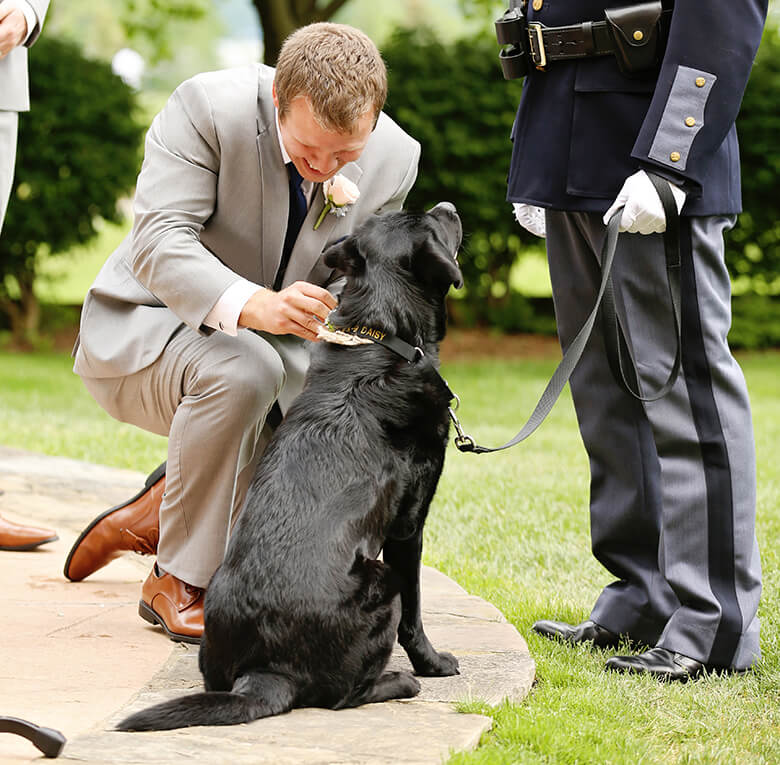 Daisy loved every moment of it. “Daisy was definitely excited to see us and all her Michigan friends,” says Erba. “She wagged her tail and lightning speed and licked my face at the rehearsal.” 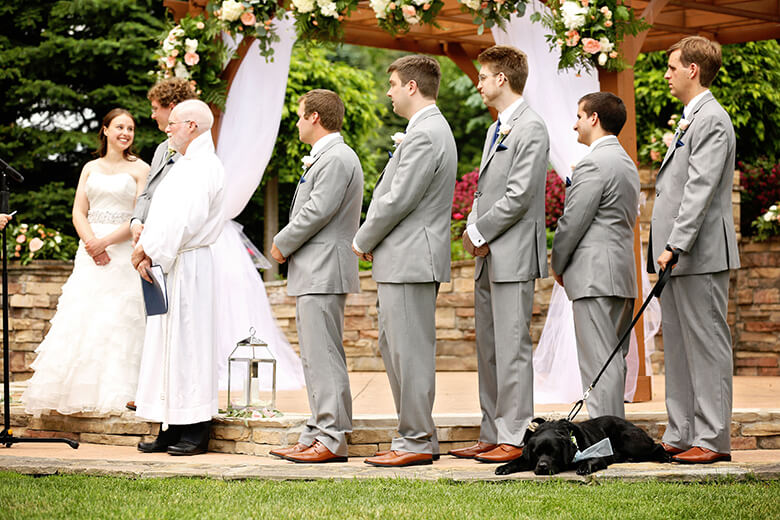 The strong bond started in 2011 when Hertier and Erba, a veterinary school graduate, decided to train Daisy, then a puppy, for year through the nonprofit Paws with a Cause. Their goal: to get the pup ready for her job. She was originally going to help someone with a disability but was better suited as a K-9 arson-detection dog. After their time together, Daisy went to work with Peters as part of the State Farm Arson Dog Program.

The couple plans on keeping in touch with Daisy and Peters with a visit. In the meantime, they keep tabs on the pup through Facebook.

Related: Instead of Bouquets, Bridesmaids Hold Rescue Puppies for Wedding