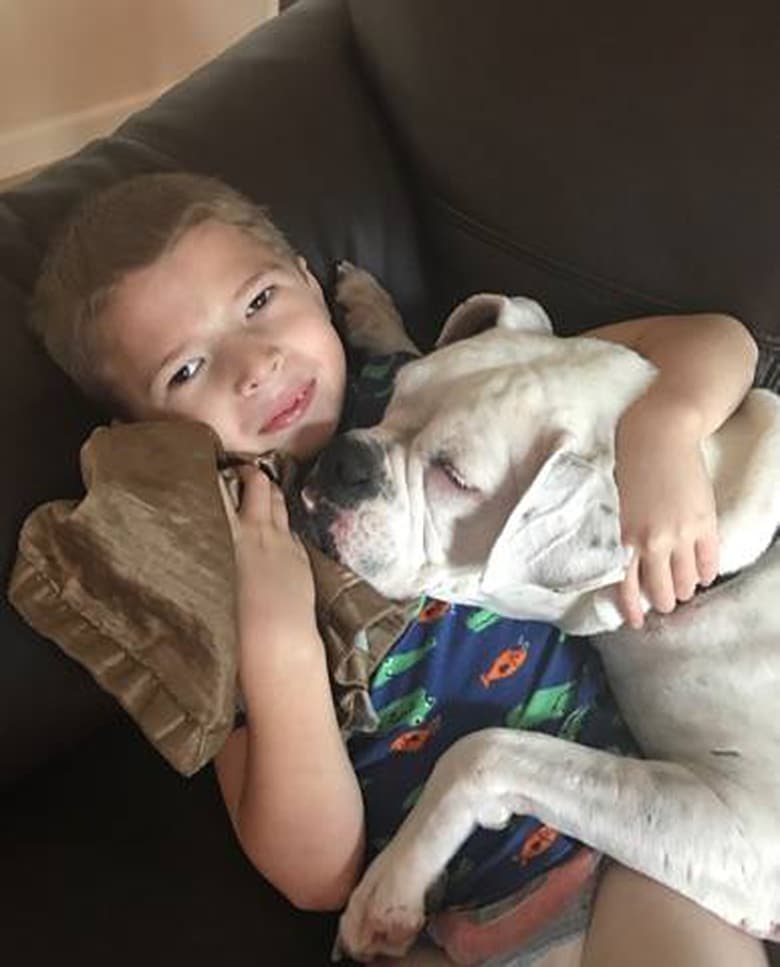 A non-verbal boy formed a very special relationship with a deaf dog his family was fostering, resulting in the dog being adopted.

Brandi Guillet of Florida adopted a boy named Connor when he was a baby. Having a genetic disorder, he was non-verbal but used sign language to communicate.

Struggling at times to communicate with others, the now 6-year-old’s life was turned upside down this past week when he was introduced to a special friend: a deaf dog named Ellie. 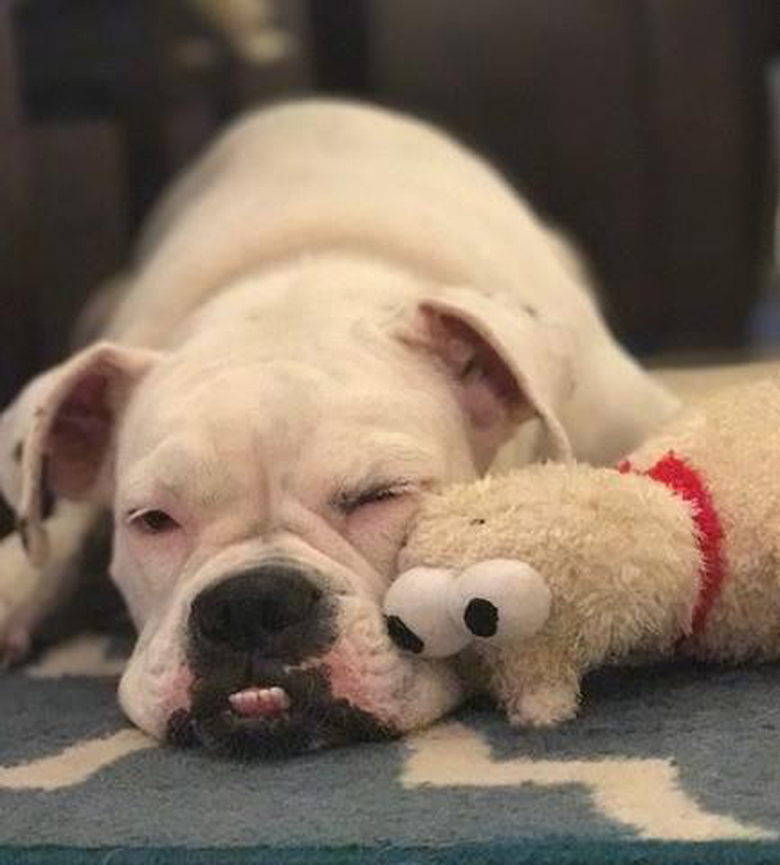 Guillet went to a local boxer event, searching for dogs that needed homes. When they spotted a white boxer who was deaf, Guillet was intrigued.

“We never thought about deaf dogs,” she tells This Dog’s Life, but when volunteer Jon Nowlin of Coastal Boxer Rescue showed Guillet that Ellie responded to sign language, “I had a light bulb go off immediately.”

“To think that Connor could sign to her and actually communicate with her made my heart melt.” Guillet says, adding that when the two met, “She let Connor go up to her, touch her face and kiss her and put his arms around her neck to hug her. She was beyond gentle with him.” 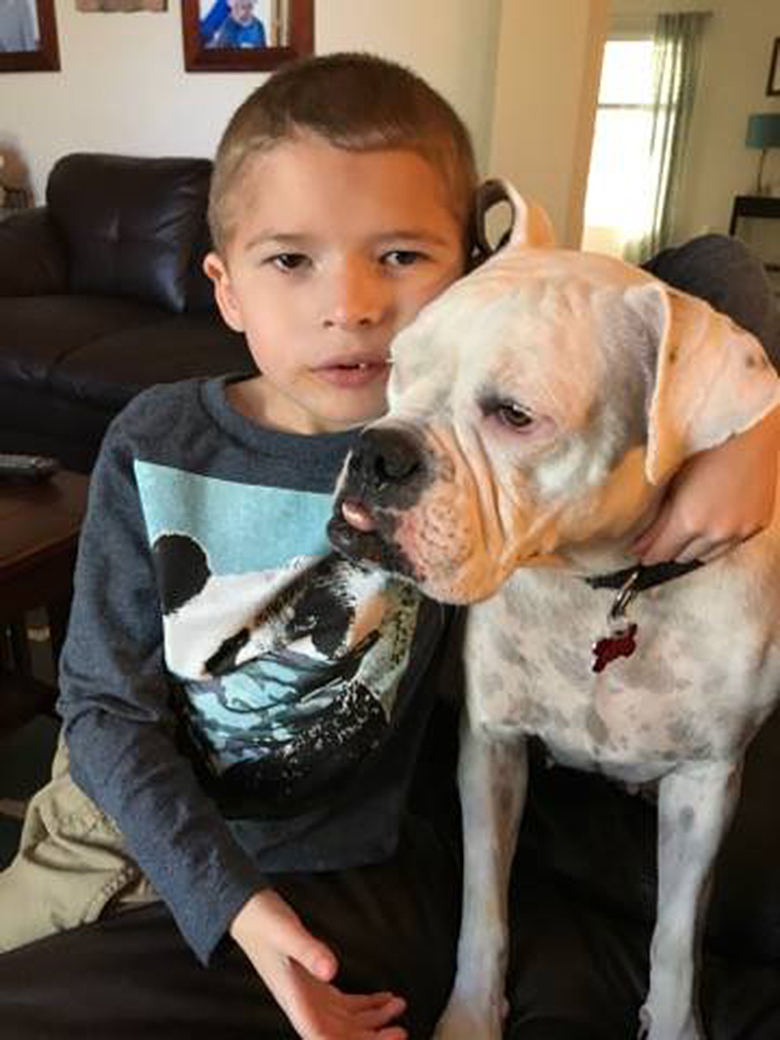 For Guillet that was it.

Ellie was brought to their home, joining another boxer, and is being fostered until the adoption goes through.

Since she’s joined the Guillets, Ellie has taken on a special role with Connor: being his steady companion. 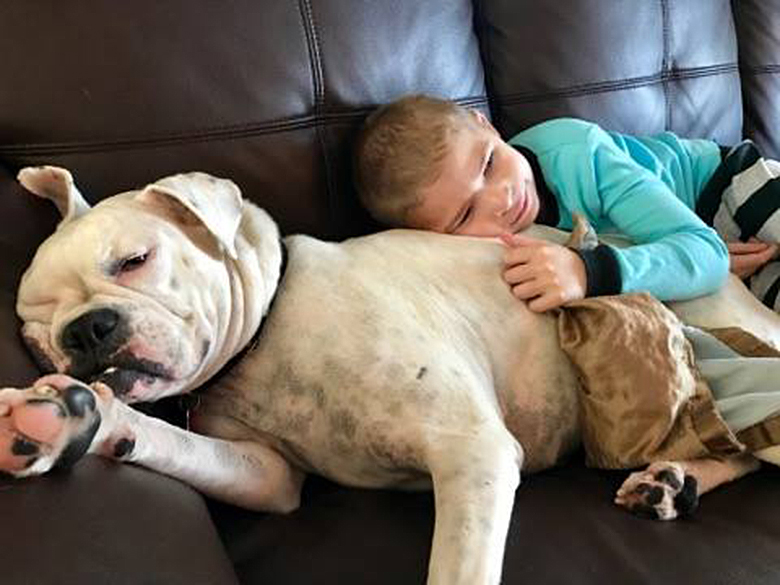 “When Connor has tantrums she will stand over him as if to comfort him,” says Guillet. “When he is upset, he will immediately go to her for comfort. It’s as if she knows he needs comforting and attention.”

But they are also buds, having a blast playing tug-of-war (but not too hard), going on the trampoline and Ellie will even go down the playground slide with him. 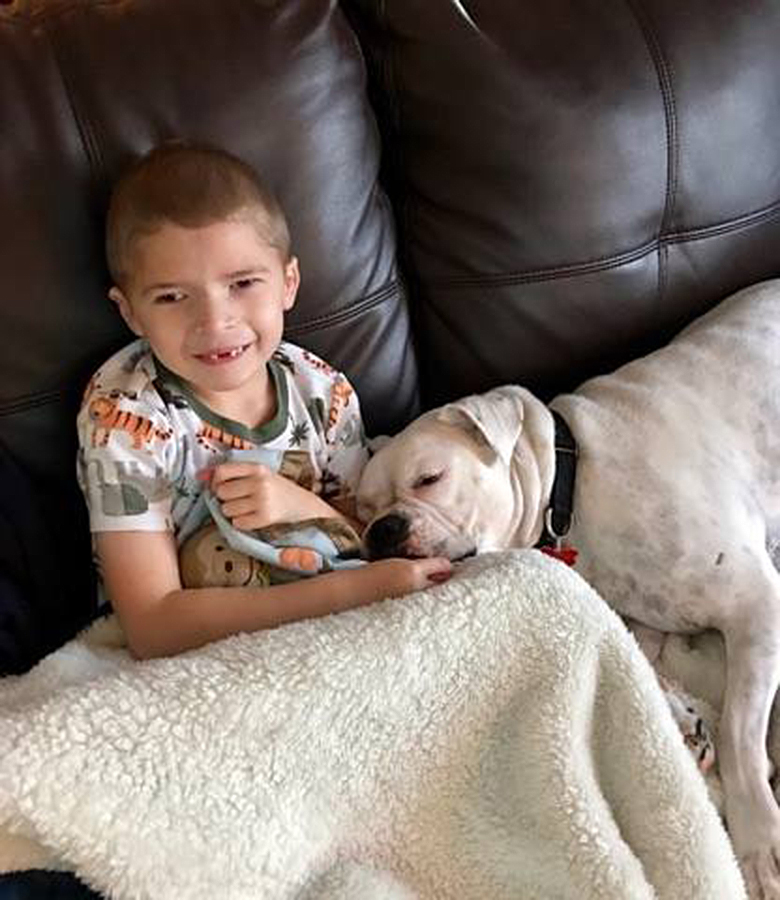 And when it is time to relax, they are like two peas in a pod. “If she is laying on the couch he will go up to her and lay next to her like a human, and she always puts her arm across him as if to hold him,” says Guillet. “It warms my heart like nothing else. He has a true friend in Ellie.” 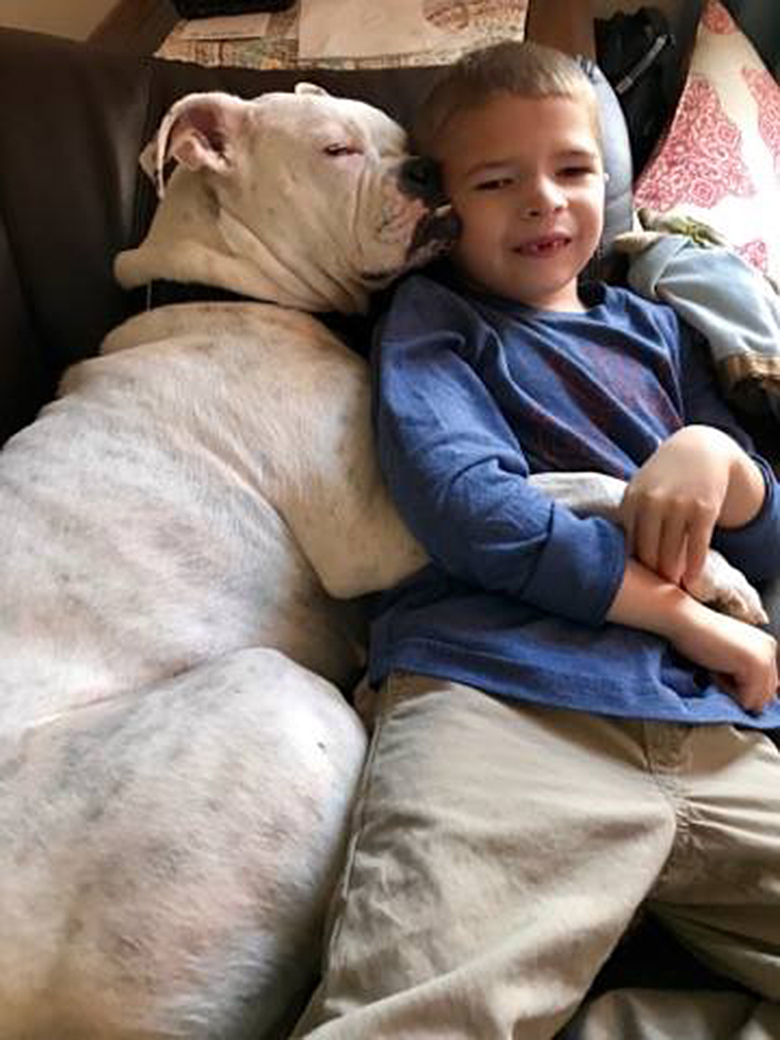 Guillet tells us she doesn’t think this is the last time she will foster a deaf dog and wants people to know, “they are AMAZING dogs and so intelligent.”