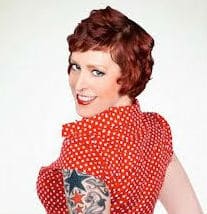 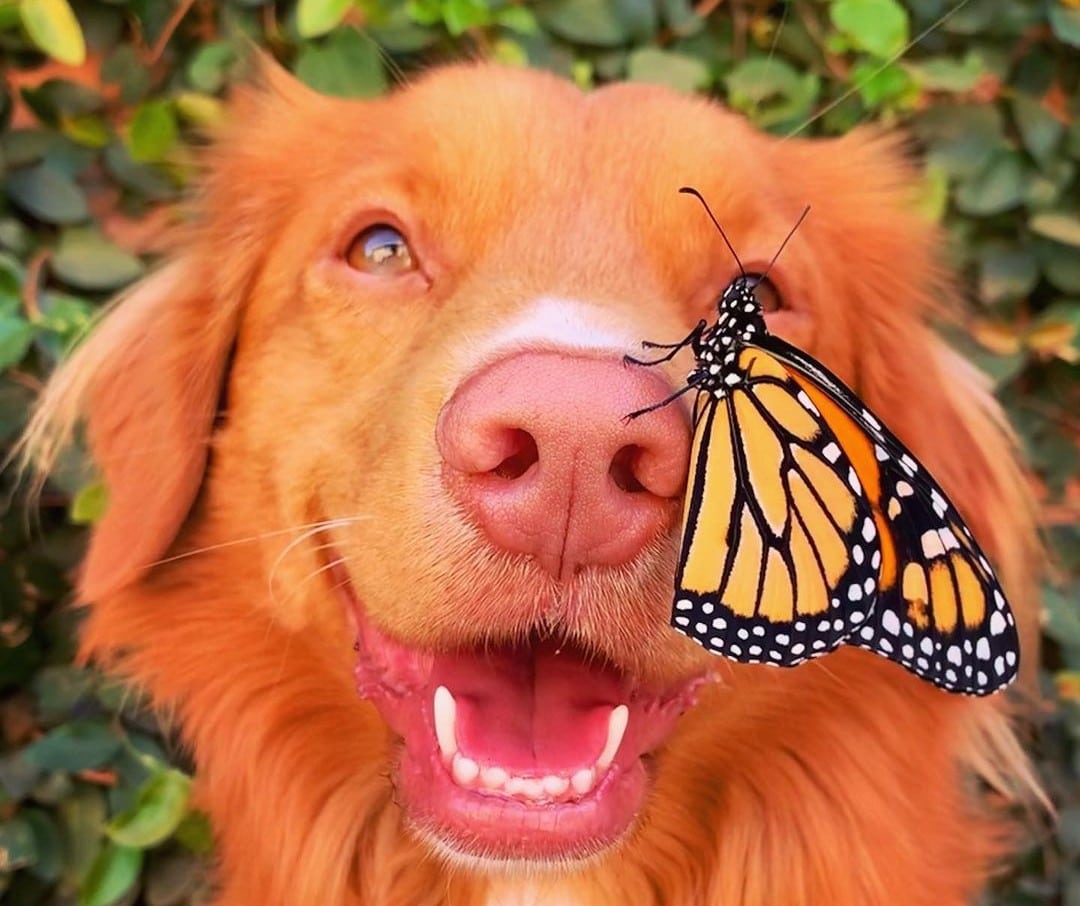 The companionship of animals can bring tremendous comfort to those who are depressed, anxious, lonely, grieving, or otherwise troubled—and in 2020, an awful lot of people around the world were troubled. Our collective mental health took a nosedive for a number of good reasons: catastrophic natural disasters; unprecedented acts of police brutality; losing trailblazers, like Ruth Bader Ginsburg; social unrest, and then there was 2020’s definitive crisis: a highly contagious, often-fatal, unpredictable disease called COVID-19.

On the whole, it was a pretty rotten year for humanity. But dogs, on the other paw, have made out pretty well. Across the country, animal adoption rates soared during the lockdown; in many cases shelters and rescue organizations were cleared out completely. A couple of ordinary British pups named Olive and Mabel became overnight celebrities thanks to a viral video made by their dad, suddenly unemployed sportscaster Andrew Cotter. And canines everywhere were suddenly blessed with their owners’ company, all day, every day, when sheltering-in-place and remote work became the norm.

Related: 5 People Share How Their Dogs Helped Them Survive 2020

Before we kick this cursed year to the curb and bid it good riddance once and for all, let’s take a moment to credit a few of the dogs who went above and beyond when it came to keeping us company, cheering us up, and comforting us during the darkest days of 2020.

Say hello to the Brew Brothers, two Golden Retrievers who brought beer and cheer to customers of Six Harbors Brewing Company. Barley and Buddy were already popular fixtures at the Huntington, NY microbrewery’s brick-and-mortar location, but when owners Karen and Mark Heuwetter began making beer deliveries during the pandemic lockdown’s earliest days, the dogs got a new job and a new claim to fame.

Unsurprisingly, customers are thrilled to see the canine couple show up on their doorstep, so much so that the actual beer delivery often seems like the added bonus rather than the main attraction. Buddy and Barley are greeted enthusiastically at every stop along the delivery route. Being — well, dogs — they’re happy to spend a few minutes receiving affection while the Heuwetters do the heavy lifting, unloading the cases and growlers that make up each order.Although they don’t technically bring customers their beverages, Buddy and Barley do bring a  smile to the faces of ale aficionados and their families.

During its virtual commencement ceremony last May, Virginia Tech awarded a doctorate degree in veterinary medicine to an 8 year old. That might sound awfully young for an advanced degree, until you realize that the standout student in question was actually an 8-year-old Labrador Retriever named Moose.

Along with three canine colleagues, Moose worked full time as a therapy dog in the university’s Cook Counseling Center. During his 7-year tenure, he participated in over 7,500 counseling sessions and served as an ambassador for mental-health awareness. Moose and his human, Trent Davis, were passionate advocates of animal-assisted therapy who dedicated endless time and energy to erasing the stigma of mental health diagnoses.

The degree, however, wasn’t the first time that the extraordinary Lab received accolades for his service to humanity. Just last year, the Virginia Veterinary Medical Association named him as their 2019 Animal Hero. This distinction, according to the association, is given annually to “an animal that has performed a heroic act of service or provides daily outstanding service for humans.”

Sadly, Moose passed away in December after a battle with prostate cancer, but there is no doubt that his memory will live on in the hearts of Virginia Tech students, faculty, employees, and alumni.

The Story of Milo and the Monarchs

With their brightly colored, uniquely patterned markings, monarch butterflies are among nature’s most beautiful creations. And thanks to Instagram and a photogenic dog named Milo, one woman is succeeding in her mission to safeguard the dwindling monarch population.

It all began a couple of years ago, when Jen Bennett welcomed the Nova Scotia Duck Tolling Retriever puppy into her Los Angeles home. Around the same time, Bennet began raising monarchs, whose population is in peril after experiencing a precipitous drop in recent years. During the butterflies’ week-long migration period, Bennett noticed Milo noticing the gorgeous orange-and-black flyers and, like any doting dog mom would do, reached for her phone to take some pictures.

A florist by trade, Bennett crafts flower crowns for Milo’s photo shoots, and the butterflies land so perfectly among the blooms that they look posed. Other shots show the flying friends perched on Milo’s forehead, snoot, and paws. Once Bennett shared these adorable images on social media, they quickly racked up likes and shares — and an Instagram icon was born. Today, @milo_the_toller has nearly 80,000 followers, has appeared on Good Morning America, and even has his own YouTube cooking show. He and his “humom” like to cook up healthy, all-natural dog treats, some of which are shaped like Milo’s butterfly buddies.

Till Dog Do Us Part

my husband and I tried to take pics of our rings and our dog didn’t want to feel left out???? pic.twitter.com/pAQVLEmwBo

When the pandemic hit, it brought a fresh perspective to people, with many choosing to seize the day and make the most of their lives. Such was the case with Shon Washington and his then-partner of 11 years, John, who decided that there was no time like the present to celebrate their relationship by making it official.

So, in July, they asked family and friends to join them (remotely, of course) and exchanged rings and vows in a virtual wedding ceremony. Afterwards, they took some photos to commemorate the occasion, including the standard shot of their two hands bearing the new wedding bands. Before they could say “cheese,” however, their miniature pinscher Scooter placed his paw delicately atop John’s and Shon’s.

At first, Shon was too busy one-handedly attempting to change a camera setting on his phone to notice their pup’s bid for inclusion, but after his new husband drew his attention to Scooter’s paw, he made sure to snap a pic for posterity.

The photo, which garnered thousands of likes on Twitter after Shon posted it, is representative of the couple’s relationship with their canine family member.

“A moment doesn’t go by that he isn’t working his way between us if we’re hanging out on the couch,” said Shon, noting that the min-pin is quick to join in on hugs, too. “So, you could say we perpetuate this behavior.”

Sniffer Dogs Lend a Snoot Down Under

You’ve heard of dogs sniffing out drugs, guns, cadavers, cancer and other diseases — but koalas? Yep, add these cute marsupials’ scent to the list of smells that dogs can be trained to suss out. Earlier this year, as devastating wildfires continued to decimate great swaths of land in Australia, the San Diego Zoo Wildlife Conservation Agency sent a team, along with a talented sniffer dog named Smudge to help. It’s difficult for humans to detect the adorable critters, as the canopy of their forest habitat not only shelters koalas but also camouflages them. Dogs, on the other hand, use their powerful sense of smell to sniff out the Aussie animals, so human conservationists can rescue and rehome them in safer locales.

While it’s critical to conserve multiple species of wildlife that have been displaced or killed due to the horrific blazes, koalas may need a little extra help. That’s because the eucalyptus forests that house and feed them are under attack by urbanization efforts and vulnerable to climate change.

Wildfires have laid waste to nearly 26 million acres of Australian land—an area larger than the state of Indiana—which means that these dedicated sniffer dogs have been instrumental in the quest to save koalas.

There’s no denying that dogs have brought us welcome distraction from the stresses of surviving a pandemic. Whether we’re fretting about finances, concerned that we might lose our jobs, worried about exposure to coronavirus, or angry at anti-mask neighbors, a quick snuggle with our pup can usually help turn our mood around. But sometimes our best friends want to make others happy, too. Enter the dog Zoom video bombers.

Norwegian-born soccer star Maria Thorisdóttirm, who now lives in the U.K. and plays for the Chelsea Football Club as a defender, had to develop an at-home training regimen after coronavirus sidelined competitive athletes everywhere. She started creating exercise videos and posting them to Insta, including one that was intended to be a straightforward medicine-ball workout. However, she failed to account for her retriever Thor, who heard only the word “ball” before he went into play mode. The result was more of a workout for Thor than for Thorisdóttirm, although she and her followers may have snuck in some core strengthening simply by laughing at the pup’s antics.

Meteorologist Paul Dellegatto tried to deliver the weather forecast to viewers of Florida’s Fox affiliate, WTVT, but filming from his home proved more tricky than he bargained for. That’s because of his Golden Retriever, Brody, who knocked out broadcast equipment, climbed onto Dellegatto’s lap, and completely stole the show by giving himself a close-up.

And then there’s Deanne Bourke, an elementary-school teacher in Australia. She began reading a book to her students during a remote lesson, but her boxer Archie was having none of it. He sat next to her on the couch — where he is not allowed, she announced to the class — and poked at her shoulder with his paw for a while. When that fails, he takes a brief break to express his incredulity by staring into the camera, Jim Halpert-style, then resumes his pawing, this time targeting her leg. Deanne does an admirable job of ignoring the indignant dog, but it seems likely that Archie’s attention-getting attempts landed him in the doghouse after school was over.

Nicole Shein has been a wordsmith and an animal lover ever since age 5, when she penned a book about the courtship and marriage of two rabbits named Charlie and Lila — but needed her mother to spell most of the words for her. Nowadays, she works solo as a freelance writer and editor. Her writing has appeared in or on This Old House magazine, HowStuffWorks.com, and Match.com. Nicole lives in Rochester, NY with her partner and two children, but dreams of one day owning a rambling, rustic old farmhouse with plenty of land to accommodate all the animals she would love to rescue.