Yogi, a Maltese-Yorkshire-Shih Tzu mix, is an important part of the Dufresne family. Sisters Pamela and Olivia are especially close with their little furry brother. To them, Yogi has some very human qualities.

“I talk to him about almost everything, and he listens, nodding his head here and there,” Pamela Dufresne-Reid tells This Dog’s Life. “He is very empathic.”

So when Yogi turned 12, the age children graduate from elementary school in Quebec where they live, the sisters decided they needed a way to mark the occasion.

“As a surprise, my sister Olivia decided to secretly make a graduation picture,” says Dufresne-Reid. With a little Photoshop magic, the masterpiece was ready.

Then, while nobody was home, Olivia replaced an old baby picture that was hanging between the sisters’ graduation photos with their dog’s graduation picture. 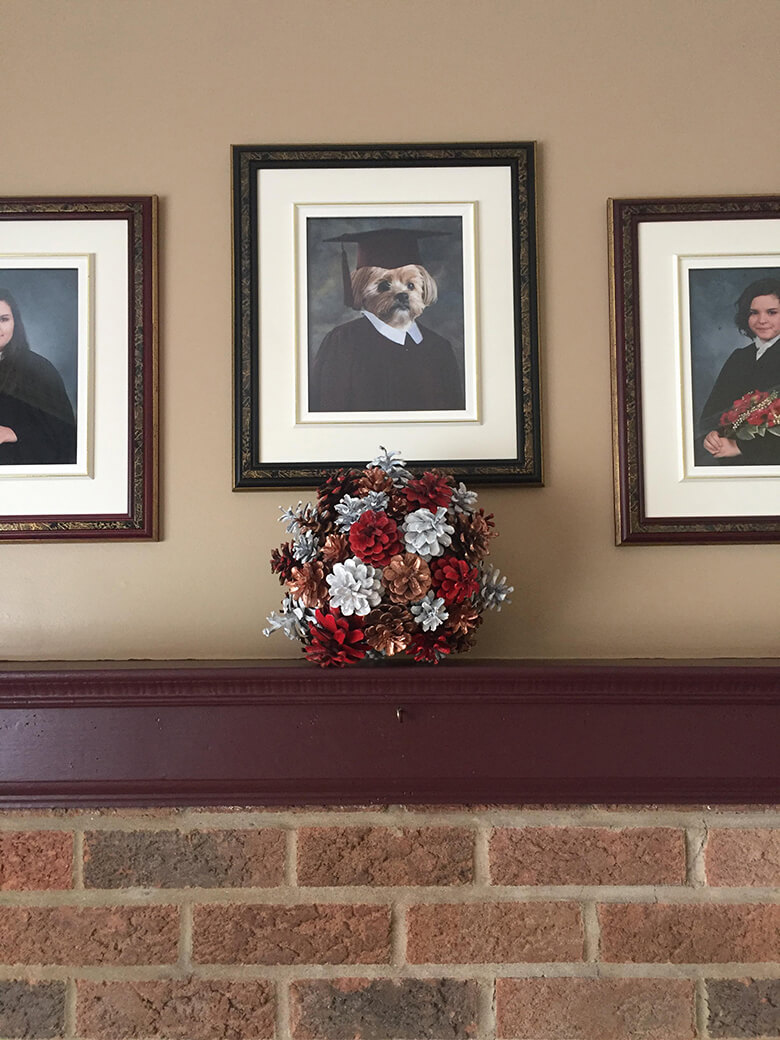 “It took some time before my parents and I noticed, but when we did, we laughed for a good 10 minutes,” says Dufresne-Reid. “We then cried with a little bit out of pride and joy.”

These sorts of shenanigans are par for the course for the family. Indeed, Dufresne-Reid and Olivia love to make up stories about Yogi as a human.

“We love to imagine different scenarios in which my dog acts like a human,” says Dufresne-Reid.  Going to school, playing soccer, playing video games, and getting in trouble (Yogi as super criminal) are favorite scenarios.

Dufresne-Reid says they do this, because to them, Yogi, is like a human sibling.

“When I feel bad or sad he is always there to make me laugh and cheer me up. He is a perfect little brother,” relates Dufresne-Reid. 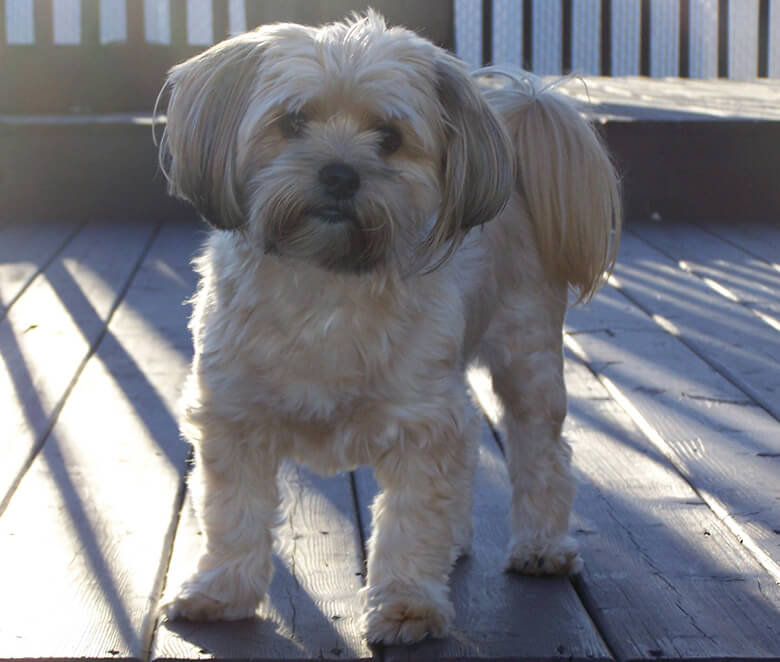 Her dog is very curious too, and he understands a lot of words. “If we look outside, he’s looking, too. If we say, for example, that there is someone in my room, he’ll go look for them.”

Growing up, the sisters and their dog played hide-and-seek. They would ask Yogi to stay in the kitchen while they hid somewhere in the house. Then Yogi would come looking for them, even peeking beneath furniture and behind doors.

Today, Yogi usually sleeps with the sisters’ mother. When it’s bedtime, he often acts like a kid and goes into Dufresne-Reid’s room to hide under her bed. But as soon as Yogi hears the mother’s footsteps getting closer to the bed, he gets out and hides beside Dufresne-Reid. He fakes scratching himself, which they know because as soon as the mom turns away, Yogi stops scratching. Or he rolls on his back so he’s harder to catch.

“When he decides it’s enough, he jumps in my mother’s arms, and she brings him to bed,” says Dufresne-Reid. “He is spoiled!”

Dufresne-Reid tells us that Yogi’s graduation picture is still hanging in the middle of their living room. “It will probably stay there forever.”