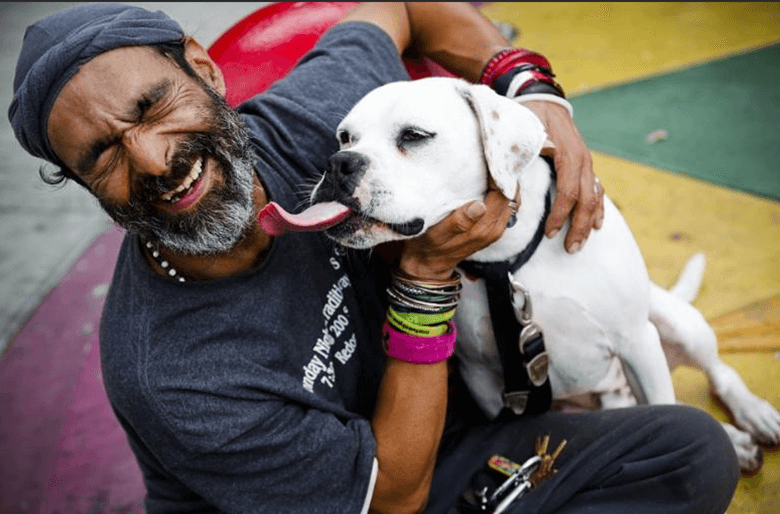 You’ve probably seen it before — a person panhandling or sleeping on the street with a dog in tow. Maybe you’ve looked on with pity, or perhaps you’ve felt helpless or even judgmental. Many often wonder what they can do to help, and thanks to the efforts of one animal-loving empath, a solution is available. 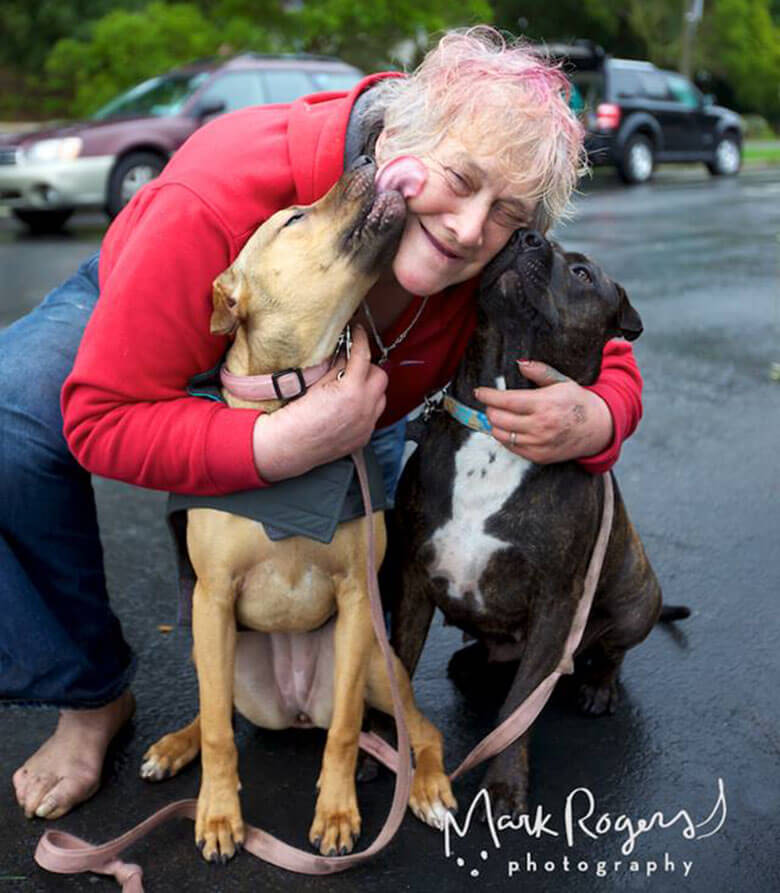 Genevieve Frederick launched Feeding Pets of the Homeless over 10 years ago as a goodwill effort to feed and provide veterinary care to pets of the homeless. 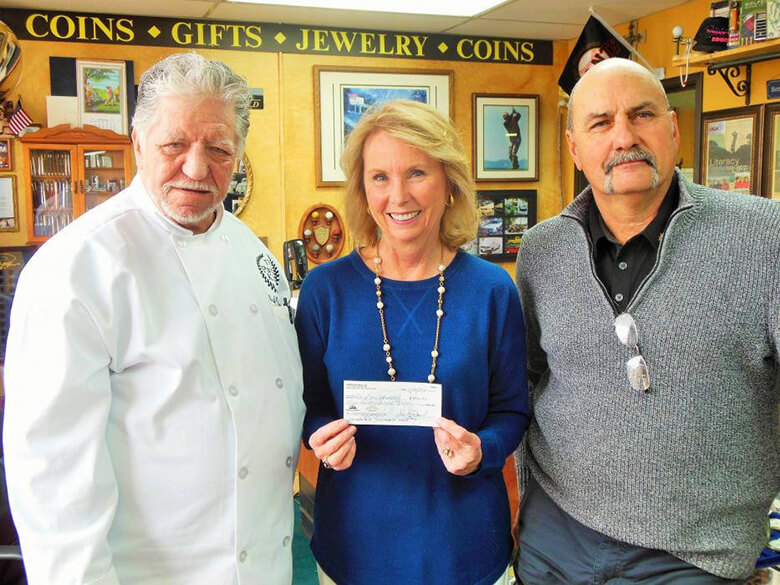 Related: Homeless Man and His Dog Bike Across Country to Raise Awareness for ‘Vets and Their Pets’

It was in ‘06 that I started Feeding Pets of the Homeless,” explains Frederick. “I would get veterinary hospitals to accept pet food donations and then take those donations to a local food bank where the homeless and poor could get both human and pet food.”

Thanks to early support from her hometown of Carson City, Nevada, the program, now called Pets of the Homeless, has expanded to 444 donation sites nationwide, which allows companion animals of the homeless to remain fed, free of charge. 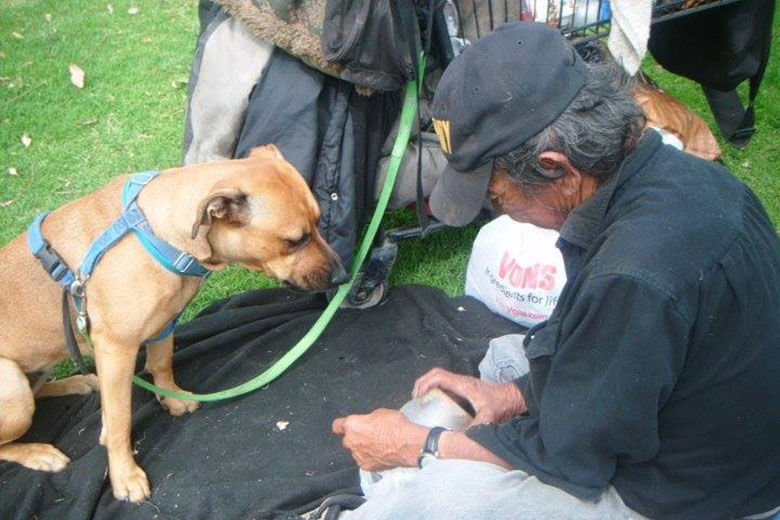 In addition to their pet food donation sites, three additional programs cover unmet needs of these pets, including an emergency-care program to help cover the hefty costs of serious medical issues such as parvo, broken bones, mange and more. 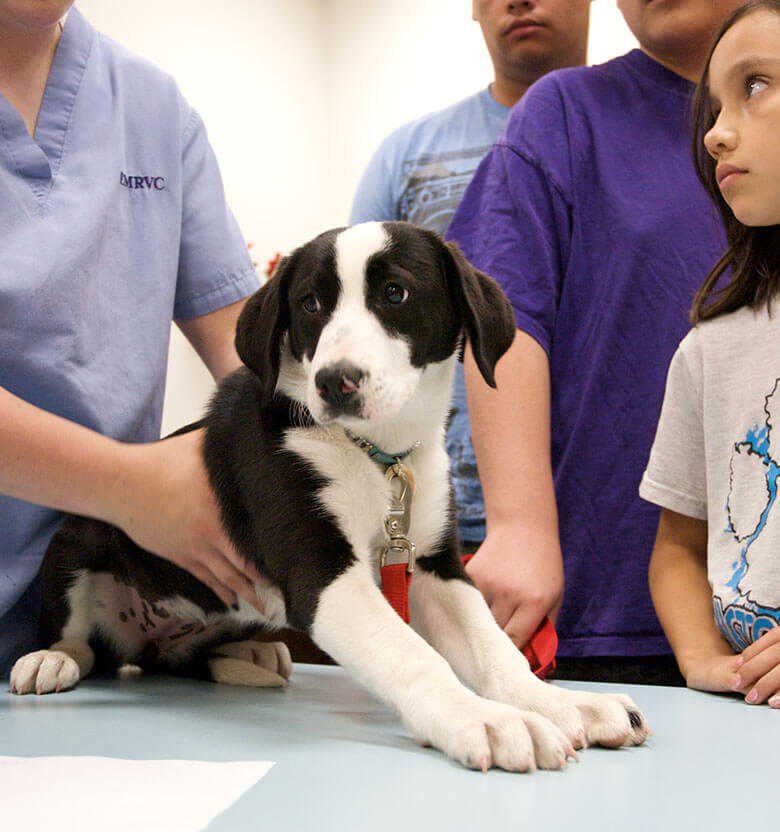 In an effort to keep homeless pet owners with their companions, the organization also has made pet crates available to interested homeless shelters, so owners can bring their pets into overnight facilities. While it seems like a small gesture, the mere option of having a pet crate prevents homeless individuals from facing the tough decision of either sleeping on the street or surrendering their pets to an animal shelter to get a bed for the night — breaking a bond often overlooked and misunderstood. 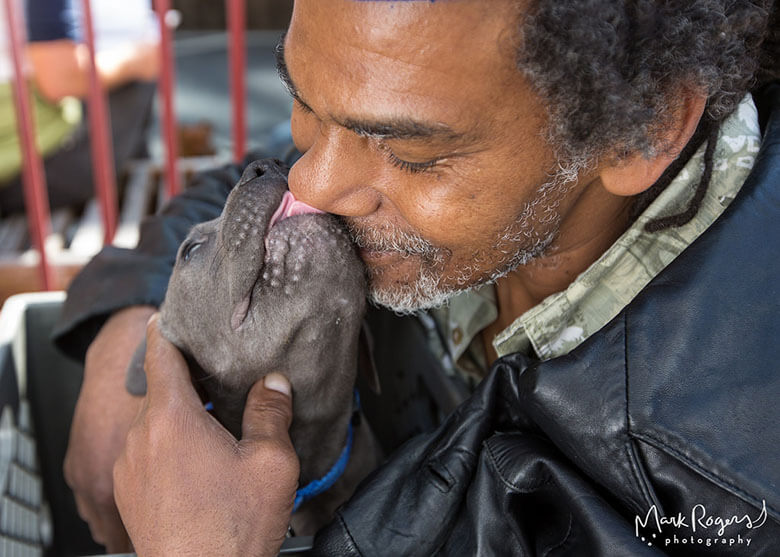 “To the homeless individual, their pet is their world, an extension of themselves,” Frederick says. “Their pet signifies that one thing is right amid the uncertainty of their daily lives. The bond is one of unconditional love.” 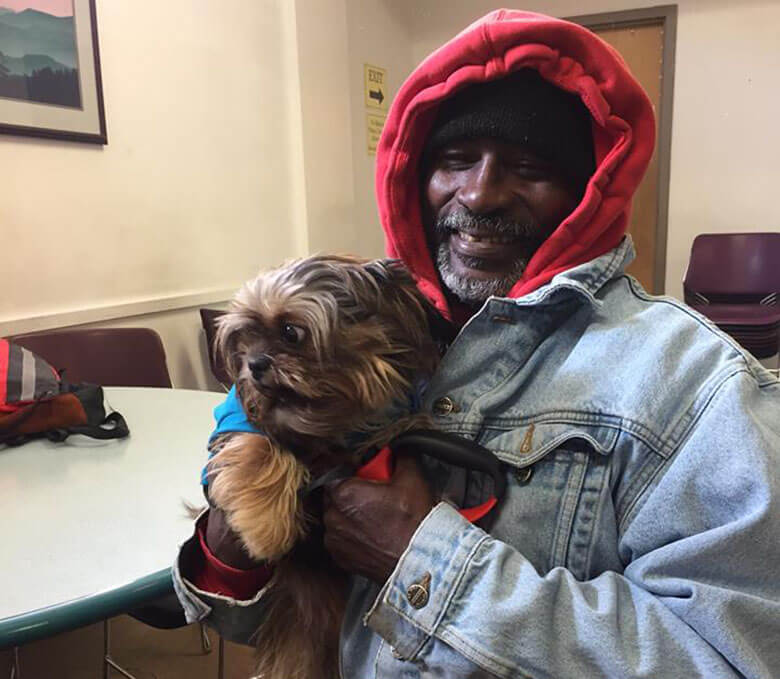 Perhaps its most ambitious and community-driven project is its wellness clinics. These centers work to keep companion animals in their best shape possible by providing preventative care such as exams, vaccinations, flea treatment and vouchers for free spay and neuter procedures, as well as medication and basic grooming of the ears and nails. Pets of the Homeless covers the hard costs of operating the community clinics, and medical care is made possible by volunteer efforts on behalf of veterinarians and technicians. 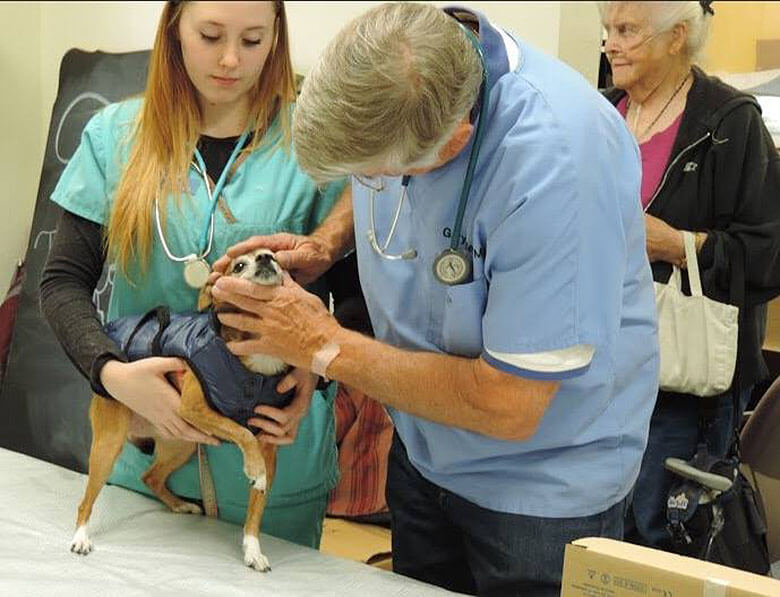 “Usually, the conversation will start after they have been a donation site awhile,” Frederick explains about partnering with clinics. “Once they see the benefits for their business and the benefits to the homeless and poor, they ask how they can do more, which opens up the opportunity for us to tell them we will sponsor a wellness clinic.”

Frederick feels fortunate to have her mission easily embraced by many. The local support she received in the beginning of this process has only expanded, with interest sprouting up all over the world.

“In response to frequent requests from interested people around the world who want to replicate our programs, we will launch a system of affiliates that will safeguard our model and brand,” she says. 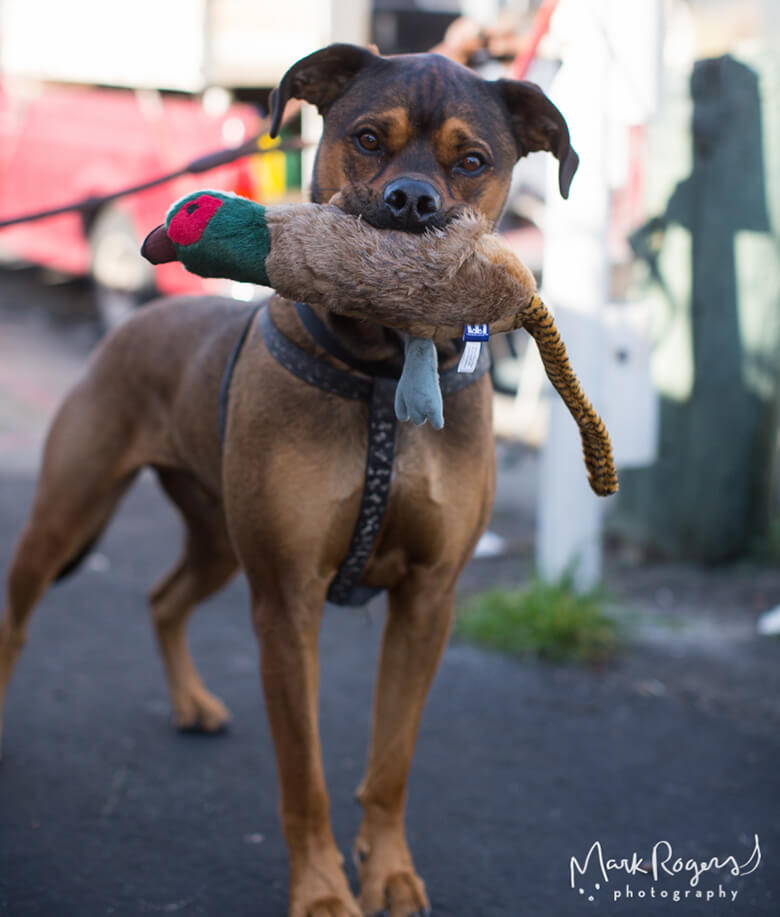 Attention has been garnered from Canada, Australia, Puerto Rico, Italy, and the UK, and Facebook groups in large metropolitan areas such New York City allow for volunteers to communicate effectively, setting up meetings and pet food drives.

Despite the misconception that all pets of homeless individuals are subjected to neglect or abuse, Frederick has only encountered a few people who don’t understand the mutually beneficial relationship that forms between them. 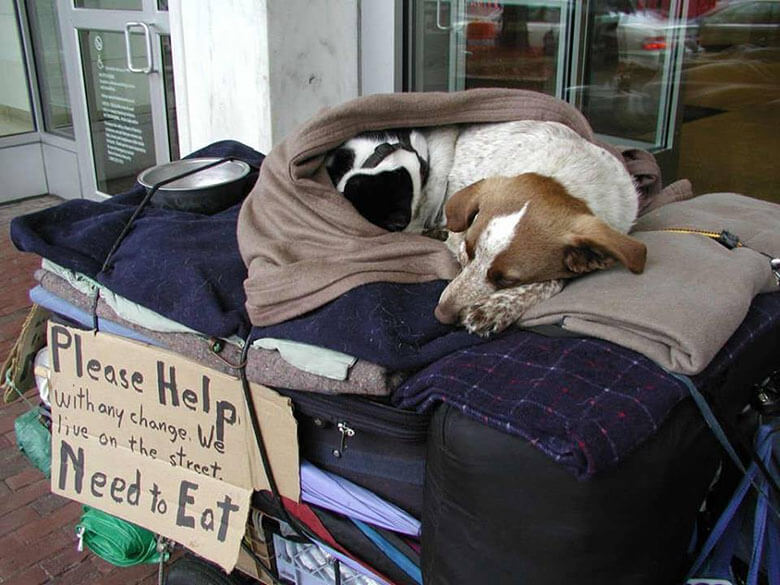 “Many homeless expressed that their pet have kept them from suicide, and medical research has shown the many benefits of pets from physical to mental,” she says. “The homeless need these benefits as much as someone that has a roof over their head it not more, due to the isolation of homelessness.”

When it comes to the general homeless population and their pets, the bottom line is clear: many are willing to do what it takes to care for their animal companions if the available resources are set in place. 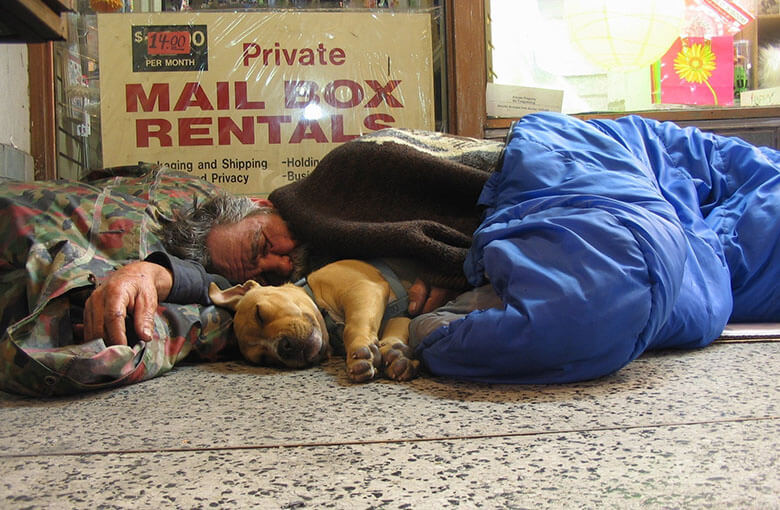 “The pet guardians served by Pets of the Homeless are just like any other pet guardian; they love their pet and do not want it to suffer,” Frederick says. “They do not want their circumstances of homelessness to be a barrier to their pet’s wellness.”

The bond between a homeless pet owner and their dog, cat, rat, bird or what have you, is just as strong if not stronger than one involving anyone in possession of a permanent address, and deserves to be recognized as such.

Pets of the Homeless works to honor these alliances by keeping pets fed, healthy, and in the care of their rightful owners, wherever they may rest their heads for the night.

Related: After Man Loses House in Fire, He Chooses to Sleep Outside With Dog to Stay Together