PRESS ESC TO CLOSE
Lifestyle > Culture > A Dog and Man Found Each Other While Living on the Streets, Now Share a Home Together 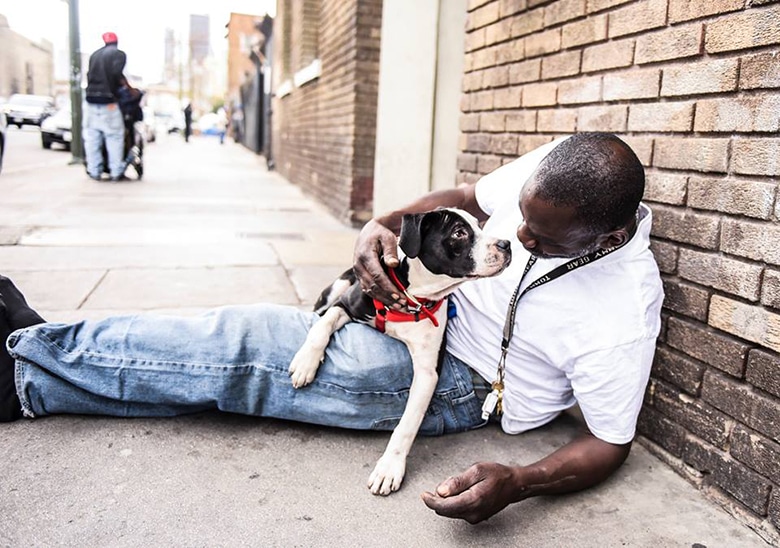 A man living on the streets and a homeless dog found each other — and never let go.

Walter Sanders life hasn’t necessarily been easy. Living on Los Angeles’ infamous Skid Row street for the past 15 years, he tried to make an honest work.

“He refuses to panhandle or beg for money,” photographer John Hwang wrote a few years back for his series about people on Skid Row. “Rather, he spends all day combing the streets and dumpsters looking for bottles and cans.” 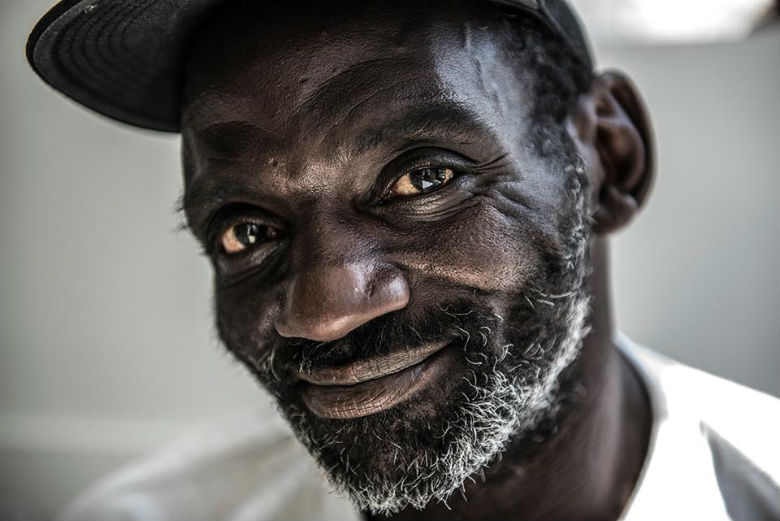 When others would ask for money, he gave them a plastic bag to collect bottles. When people asked for food, he helped them out. When someone needed to talk, Sanders was there. While documenting Sanders plight for his series, Hwang knew he met someone special.

Related: After Man Loses House in Fire, He Chooses to Sleep Outside With Dog to Stay Together

“When I take the time to listen, I find that this gentle and beautiful man has many intelligent and insightful things to say,” Hwaung wote in 2013. “Walter has become one of my dearest friends on Skid Row. He is often the one to see me first. From far away he enthusiastically waves his hands and calls my name. He hobbles over with his shopping cart and gives me a hug.” 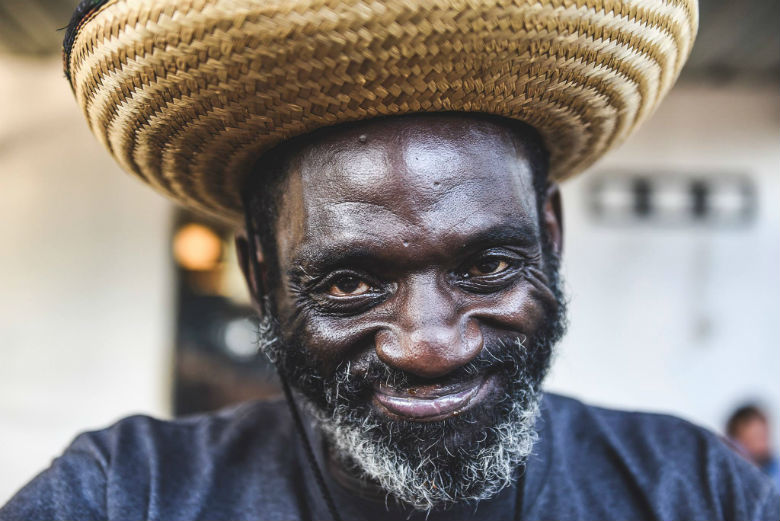 But being homeless isn’t easy. It can be lonely, tiring and demoralizing– it wears on a soul.

“He frequents all the local recycle centers, going five to six times a day. Sadly, one recycle center he often goes to mistreats him,” Hwang wrote at the time. “Even when he waits in line he is the last to be helped. He is talked down to and treated like he is dumb or crazy.”

He adds, “It hurts him deeply. I can see it in his eyes. Walter grew up in rural Texas during the time of segregation. So, it brings back some painful memories.”

A few years back, Sanders started to give up – and then he noticed a dog named Mr. Dinker. 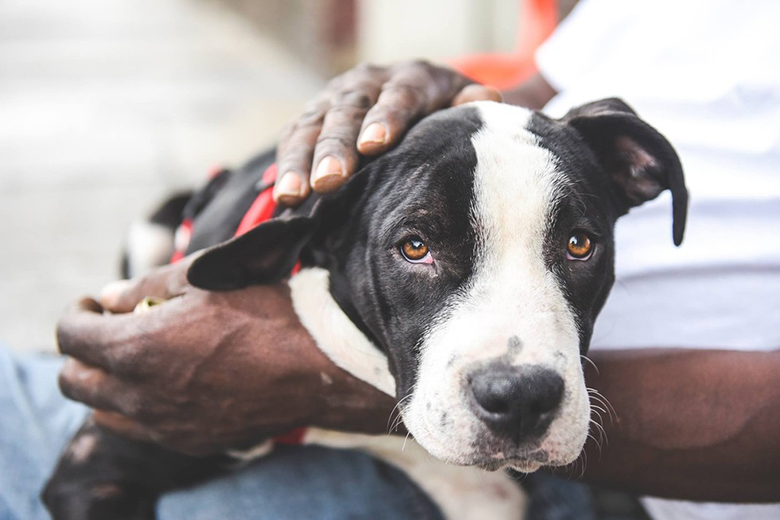 “While walking from my home I noticed there was an unfamiliar face in the neighborhood,” Sanders tells This Dog’s Life. “I went to introduce myself and we bonded. Every day I’d ask the person who had him on a rope if I could take him for a walk. I’d walk him three times a day.”

One day, Sanders asked Mr. Dinker’s owner if he could spend the night with him, and “he had been with me ever since.” 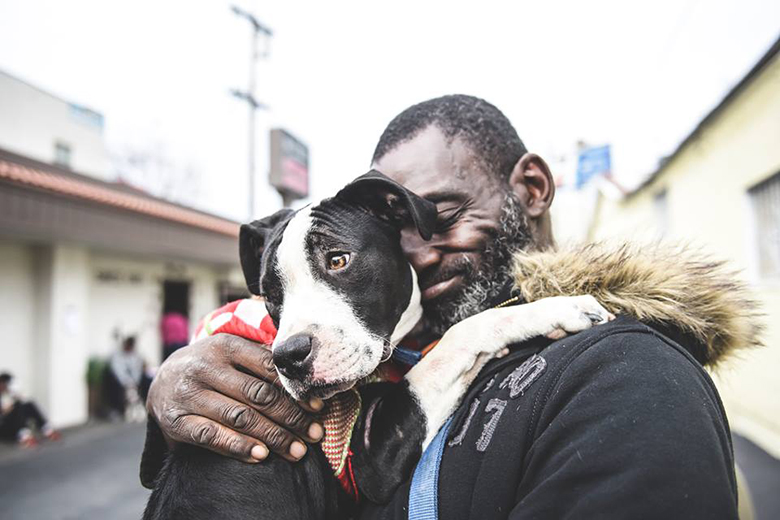 Hwang adds, “Walter instantly fell in love with him. He cares about Dinker very much.”

But when Sanders life took a turn for the better last year, Mr. Dinker remained without a home.

“Today was a day to celebrate! Walter got housing!” Hwang wrote this past year. “After 15 years living on the streets of Skid Row, he finally has a place of his own. He no longer has to brave the cold and harsh weather.” 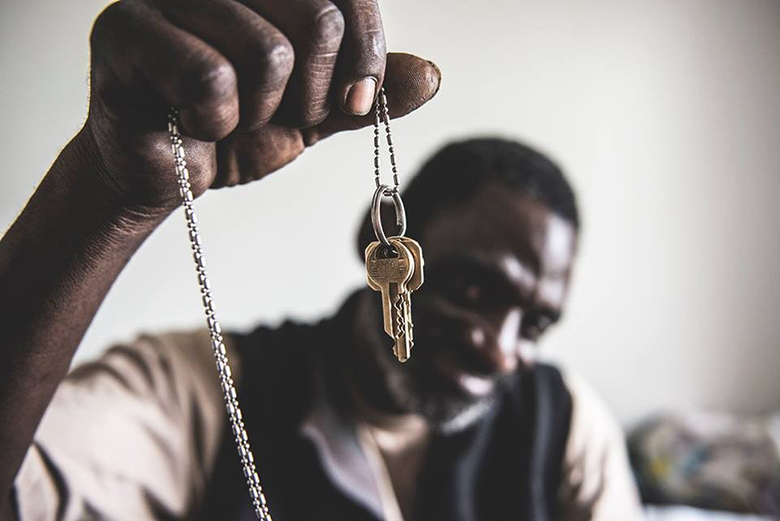 Despite the exciting news, there was something missing in his new home: the dog who had helped him through so much.

Los Angeles-based Downtown Dog Rescue, an organization that provides free or inexpensive resources to impoverished people, with pets stepped in to help Sanders. 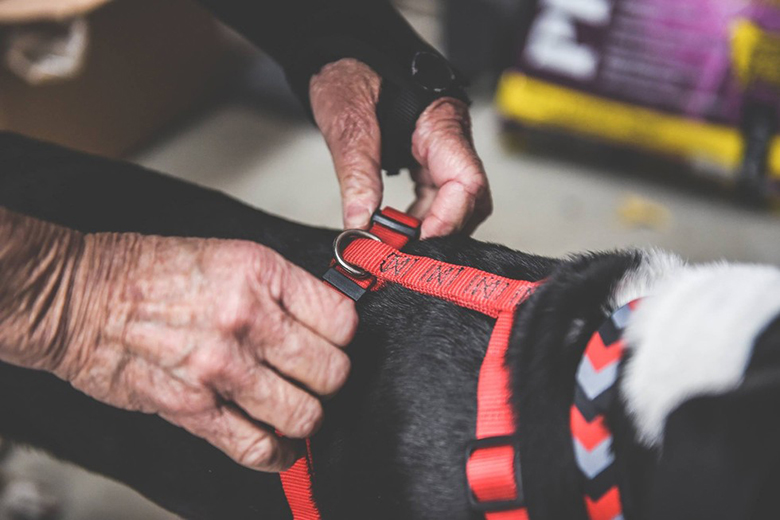 “We are based in Skid Row every Wednesday. People like Walter can come and visit us for assistance with food, flea meds, toys, collars leashes, dog beds, and more important help for medical issues,” says Lori Weise founder and president of Downtown Dog Rescue. “We also work with social workers, psychologists to help make dogs and cats into ESA [emotional support animals] so the pets can move off the street and into housing which they do!”

Related: Homeless Dogs Get Out of Shelter and Join Cross-Country Team on Morning Workout

Today, Sanders is working to get Mr. Dinker registered as an ESA to help him combat depression. 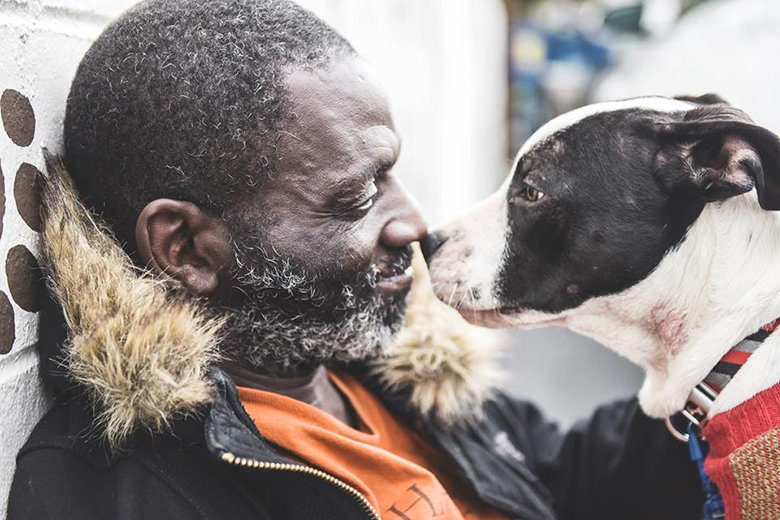 The pair are both off the streets, living in an apartment and Sanders recently told Hwang, “I love him so much, John! When I feel down, he knows how to cheer me up. We are gonna take good care of each other!”