PRESS ESC TO CLOSE
News > Music to Shelter Dogs’ Ears: Spotify Is Helping Animals Get Adopted By Sharing What Songs They Like 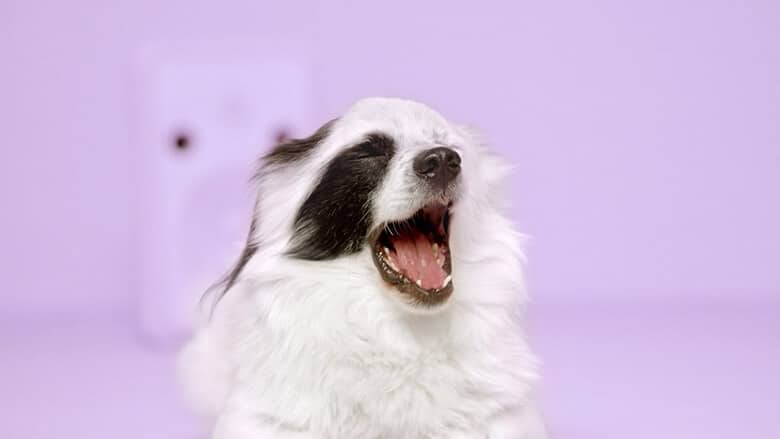 Music can be good for your soul — impacting everything from stress levels to creativity and sleep quality.

But the benefit of music goes beyond people: dogs also feel the impact of listening to tunes, helping our four-legged friends relax and reduce their anxiety.

For years, the go-to choice for canines was classical music, but a recent study conducted by the University of Glasgow in partnership with the Scottish SPCA found that dogs have musical preferences. (Surprisingly, in that study, reggae was the genre preferred by most dogs.)

This discovery was the foundation for a new program to raise awareness for dogs looking for homes.

Called Adoptify, streaming service Spotify has teamed up with Tierschutzverein München e.V. animal shelter in Germany to create custom playlists for dogs who are up for adoption in hopes people find their “musical soulmate.” 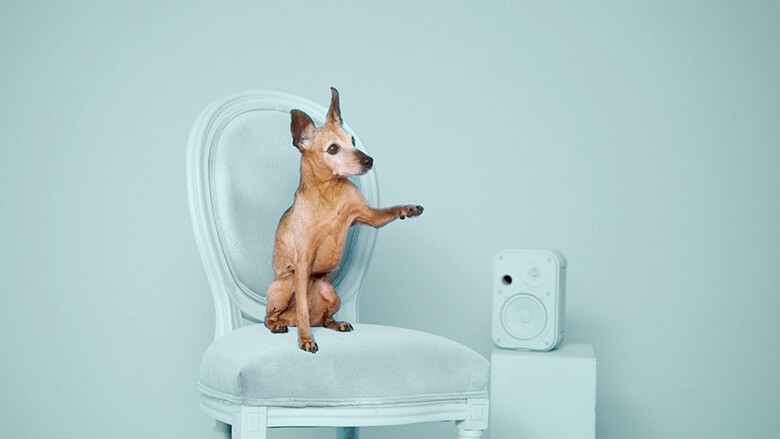 The program was concocted by Serviceplan, a European advertising agency.

“Since several colleagues within our agency are dog owners as well — and some of them affirmed the music effect — we thought it was a great idea to match dog and owner with the same music taste via Spotify,” Hans-Peter Sporer, the creative managing director of Serviceplan Campaign X, told This Dog’s Life. “Then we spoke to the Munich animal shelter about it and they loved the idea since there are always so many dogs available for adoption.”

For Adoptify, every dog has a profile, including what music he or she prefers. It could be anything from indie pop to hip hop. To determine the tunes the dog digs, shelter staff tested out a number of playlists to see what resonates with a particular pup.

“Not every dog has the same reaction to music of course, so we took the one with the most impact,” says Sporer. “It was funny to see that some of the dogs got more chilled when they heard their favorite music style and other dogs showed more intense reactions.”

Take for instance Milow. The 7-year-old jack russell has been in the shelter since Jan. 2016 – and is just waiting for the right person who also enjoys a little bit of rock n’ roll. 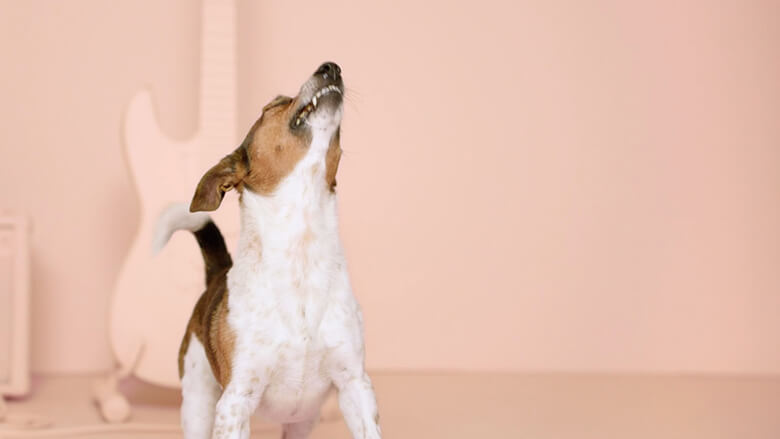 His profile says (translated from German to English), “When it comes to music, this bright young man needs something harder to go off. Play him rock’ n ‘roll and he is an overjoyed rocker puppy dog. Put on a good record, turn the amp to full power, and Milow is in seventh rock ‘n’ roll heaven.”

Or puppies (yes, you can adopt puppies from shelters!).

Or Ray, a Boston terrier who isn’t even a year yet. 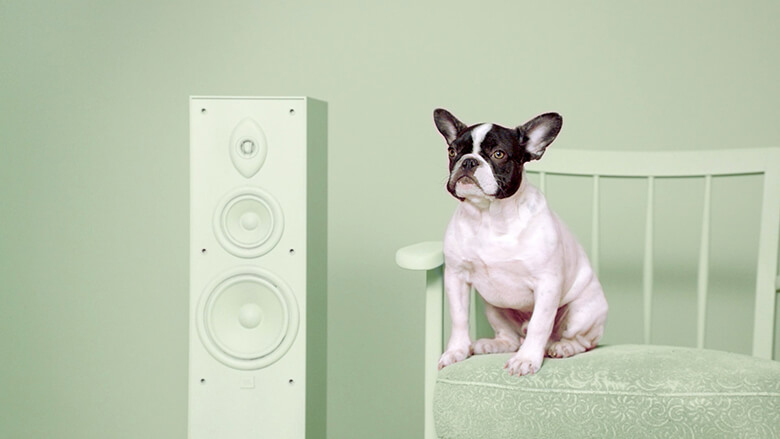 “Ray’s heart pounds in beats per minute. No matter if it’s about some punchy techno or soothing minimal sound – he knows how to party.”

And of course, the puppies (yes, you can adopt puppies from shelters!). 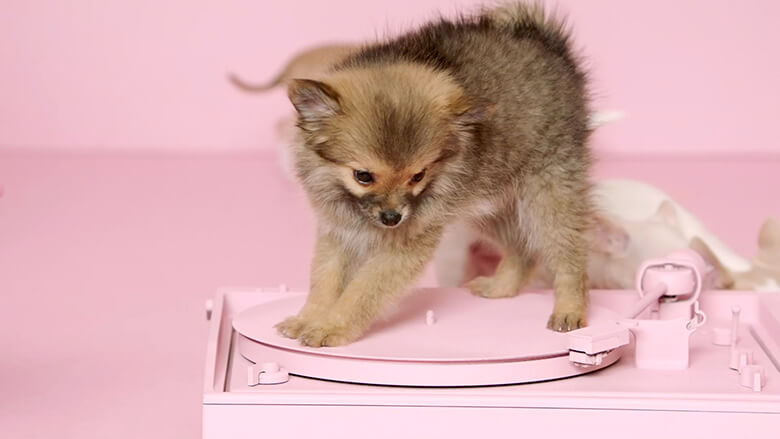 “Soulful lyrics and heart fulfilling music make those cute little puppies happier than anything else. Dancing, jumping, exploring the world – nothing can stop them when the indie-pop plays,” their profile says.

While only a handful of dogs have their music preferences in their profile (some already have found homes!), the agency’s goal is to raise awareness for adoptable animals.

“Our primary goal is to generate awareness for the theme ‘adoption of animals’ and for animal shelters,” says Sporer. “A breeder isn’t the only possibility to get an animal. There are so many lovely pets in the shelters that wait for an owner.”