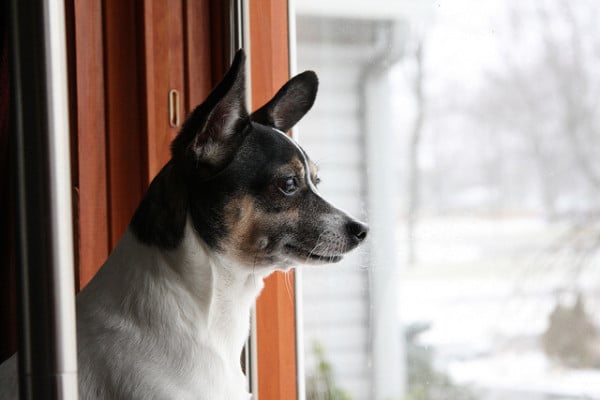 Leaving the house can make both the owner and dog anxious. But new findings will hopefully calm both your nerves.

Researchers at the University of Glasgow at the Scottish Society for the Prevention of Cruelty of Animals (SSPCA) found that dogs respond positively to classical music.

The team conducted its research at the SSPCA’s Dumbarton & West of Scotland animal rescue and rehoming centre in Milton, West Dunbartonshire by examining two groups of dogs: one kennel received no music and the other had classical music playing. The second week the conditions were switched.

The crew found the group that listened to classical music were significantly less stressed out than the kennel that had no tunes playing. (To determine the psychological effects, researchers used non-invasive techniques like saliva sampling, heart-rate monitoring and behavior observation.

While male dogs responded better, both groups did less standing and barking when the classical music was being played.

This may not come to a surprise to some people, as classical music has been shown to have a positive impact on humans. Studies have shown that listening to Mozart can help with relaxation, increase creativity and be a great sleep aid, among other benefits.