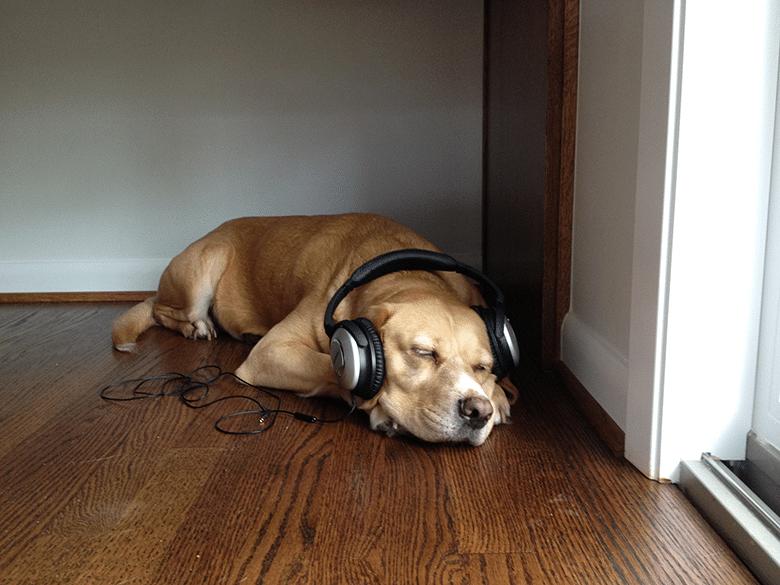 Classical music has been the go-to choice to help dogs (and people) relax but a new study found a little Bob Marley may also do the trick.

Researchers at the University of Glasgow in Scotland found that dogs tend to dig reggae and soft rock music, with variety being key.

Teaming up with the Scottish Society for the Prevention of Cruelty to Animals, the team played six-hour Spotify playlists from five different genres: classical, soft rock, reggae, Motown and pop.

While listening to the playlist, researchers measured the dogs’ stress levels by measuring heart rate and cortisol levels, along with observing behaviors, such as barking and lying down.

The researchers found the dogs to be less stressed when music, any music, was being played, but there was a slight preference for soft rock and reggae. Motown came in last place but not by much. The team also discovered that every dog was indeed unique and each one had their favorites.

“What we tended to see was that different dogs responded differently,” Neil Evans, professor of integrative physiology and who led the study, told the Washington Post. “There’s possibly a personal preference from some dogs for different types of music, just like in humans.”

The study builds off previous findings by the same team. The researchers discovered that shelter dogs enjoyed classical music, helping them to bark less and lie down more. But after the seventh day of listening to the likes of Mozart and Chopin, the relaxation effect wore off, an indication that “the animals were getting habituated with the music, or possibly getting bored,” according to Evans.

That is when they decided to explore other music genres, along with variety.

The recent findings can help dogs, but especially those in shelters, be less stressed out. Stress can take many forms for dogs looking for homes, including barking, shaking and cowering – all behaviors that could decrease the chances they get adopted.

Evans and his team plan on begin dissecting these preferences. What exactly in the music does the dog like?

As for the Scotish SPCA, they are going to be installing speakers at their shelters.

“Having shown that variety is key to avoid habituation, the Scottish SPCA will be investing in sound systems for all their kennels,” the charity said on its website. “In the future, every center will be able to offer our four footed friends a canine approved playlist with the view to extending this research to other species in the charity’s care.”

The findings were published in the journal Physiology and Behavior.

Related: A Vet Explains: 8 Ways to Ensure a Calm and Easy Transition When Adopting A Dog