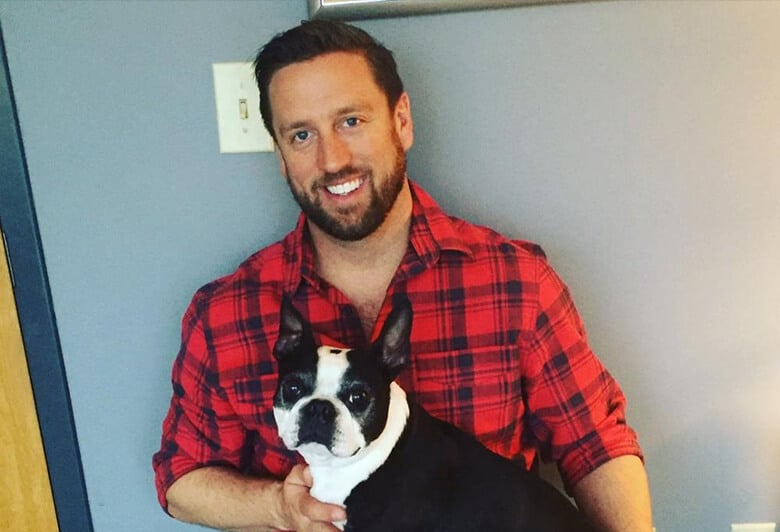 The day Derrick Campana met a black Labrador named Charles, he didn’t know the dog would change his life forever.

At the time, Campana, an orthotist, made prosthetics for humans. But when a veterinarian showed up at his office with a black Labrador who needed a new leg, Campana decided to go for it. The Lab came in with his tail between his legs. He left, tail wagging, running around on his new leg while his owner cried (happy tears!).

It was the best feeling in the world, Campana recalls. He experienced a sense of fulfillment that was greater than what he’d ever felt by fitting prosthetics on humans. “I knew right away,” Campana recalls. “I wanted to do this for the rest my life. So, I started Animal Ortho Care.”

Campana became a pioneer in the industry. Today, Animal Ortho Care is one of a small handful of companies in the world that provide custom animal orthotics and prosthetics. Because of his skills and accomplishments, Campana has been featured all over the world, including a show in partnership with Animal Planet and The Dodo. 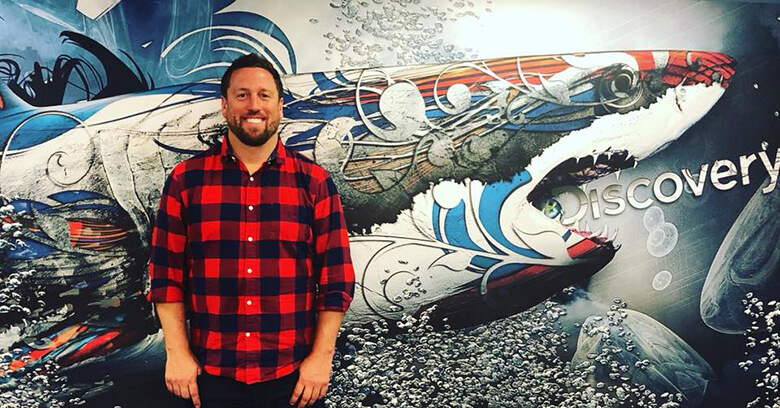 While most of Campana’s clients are dogs, he’s also helped elephants in Indonesia and Africa (Jabu was the recipient of the world’s first elephant orthotic brace), camels, goats, rams, cows, lamas and even a pony (which did garner some controversy). “We cover the world out of one location,” he says.

While they can service a lot of animals long distance (meaning people order the products online), that doesn’t mean Campana isn’t on the road a lot. Running one of the very few companies specializing exclusively in animal orthotics and prosthetics, his work has taken him all over the world. But he’s recently been focusing on a new technology that allows the user or veterinarian to customize the fit where ever the animal lives.

For now, he can ship out casting kits from his studio, have the animal’s veterinarian take a mold of the leg or stump and ship it back to him for fabrication. Around 20 percent of his clients choose to come to the clinic in Sterling, Virg., where Campana does the casting, fabrication and fitting onsite. 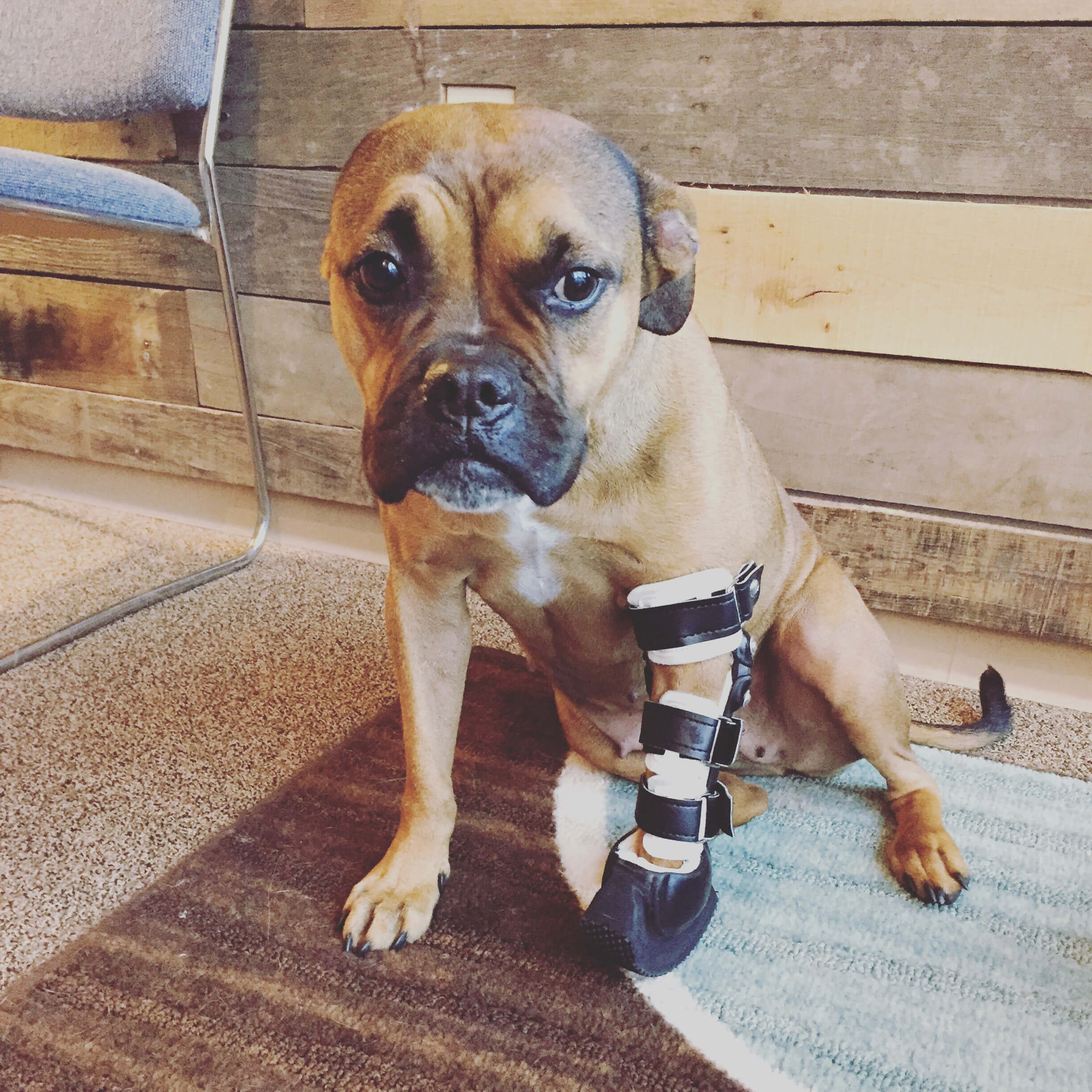 He uses thermal and vacuum-formed technology to shape copolymer plastics to a custom fit, and non-porous medical grade foam provides cushioning on pressure points. (Carbon fiber is only used for body jackets because it’s more expensive.) “The plastics we use are highly adjustable and the cost is low, which is important in veterinary medicine” says Campana, which is a definitely plus for dog parents, because unlike humans, prosthetics are not typically covered by pet insurance.

What makes a good candidate

While this technology has helped thousands of dogs and other animals, not every animal is a good candidate for a prosthetic. “I say no to more people than I say yes to every day because of amputation level,” Campana explains. “Whenever I look at a patient I ask, am I going to help or hinder their mobility or help or hinder their quality of life?” 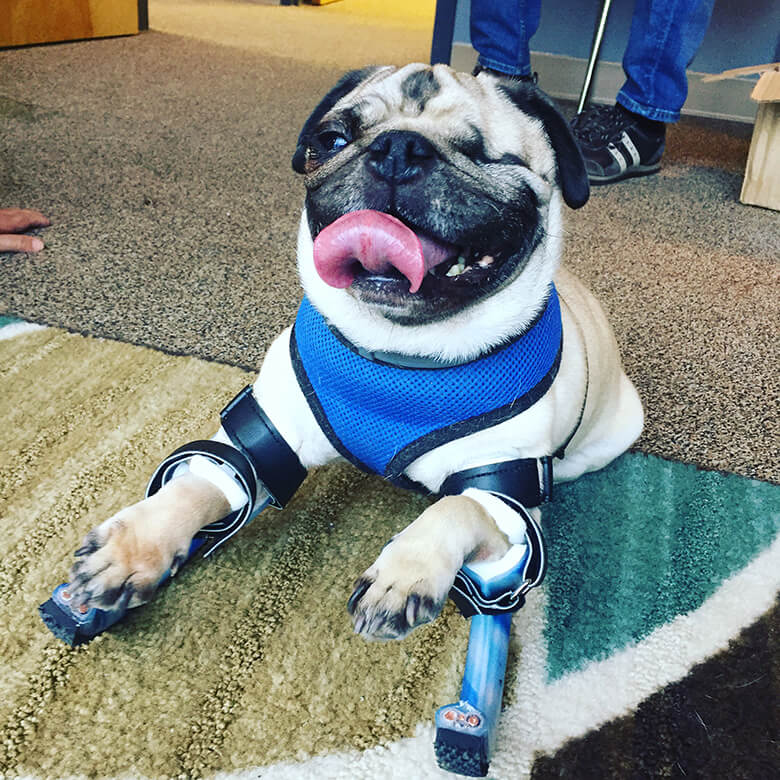 Just like humans, the ability to use a prosthetic limb depends on how much of it is left; there has to be enough to fit into a prosthetic and be able to physically swing the prosthetic forward to walk on it. Otherwise, Campana will recommend a wheelchair.

After assessing the animal’s amputation level, he looks at other aspects of their lives, “What does their day look like? Are they cared for every day? What are the owners like? There are a lot of factors,” he says.

And technology moves forward rapidly; recently, instead of a wheelchair, Campana began helping full amputees that have lost an entire leg by fabricating full limb prosthesis for front legs. He uses a carbon fiber body jacket that is attached, for now, to a type of peg leg.

Derby can confirm that miracles do happen. Born with deformed legs, the Husky mix was unable to get around like other dogs. He did his best, but often ended up with cuts and bruises. Derby was headed for euthanasia, but he was rescued in time by the no-kill shelter, Peace and Paws in New Hampshire. 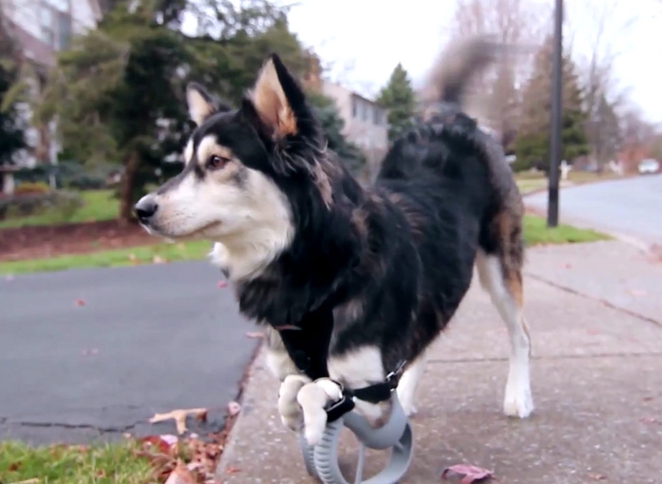 That’s where a woman who worked at 3-D Systems in Massachusetts, which collaborated with the team at Animal OrthoCare, found Derby. He was fitted with a set of special 3-D printed prosthetics designed in a modified “running man” circular shape that prevents the blades from getting stuck in dirt. The very first time Derby tried them, he took off sprinting.

The design started the dog out low to the ground. In this case, having the design on computer allowed Campana to adjust the prosthetics digitally each time and print them instead of having to hand sculpt every mold and rebuild them each time.

Chi Chi, a golden retriever rescued from South Korea where she was most likely a victim of the brutal dog meat industry, was found in a trash bag at a meat market. Her legs had been bound so tightly that they had begun to rot. Normally, the dog would have been euthanized, but Chi Chi won everyone over with her fighting spirit and her megawatt smile. All four lower legs were amputated. 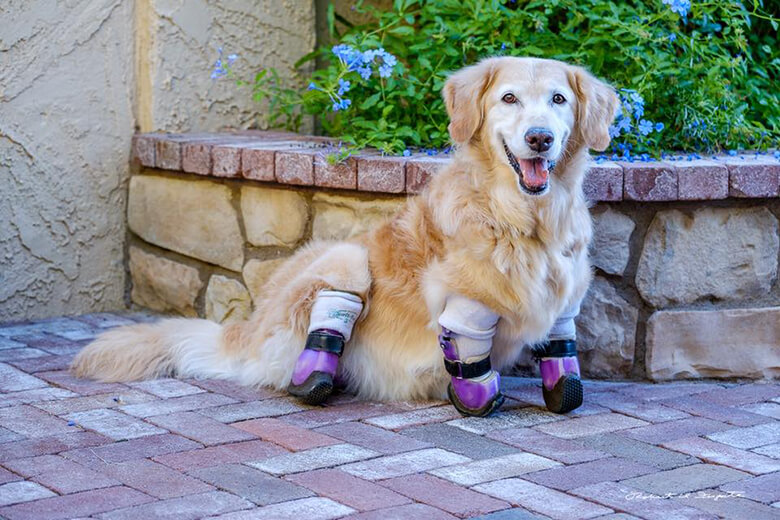 Related: Dog Rescued From Meat Market With No Paws Gets a Second Chance in Life

When a video of her story went viral, a couple in Arizona became the lucky family who got to adopt here. Her case was particularly challenging; as a quadruple amputee, each leg was amputated at a different level. Each prosthetic was therefore unique and had to be fabricated individually. Campana’s work gave Chi Chi a new life as a therapy dog working with amputees. This year, she won the American Hero Dog Award.

The Future of Prosthetics Limbs for Dogs

While the current technology has helped many dogs, like Derby and Chi Chi, Campana says improvement and advancements are still needed. 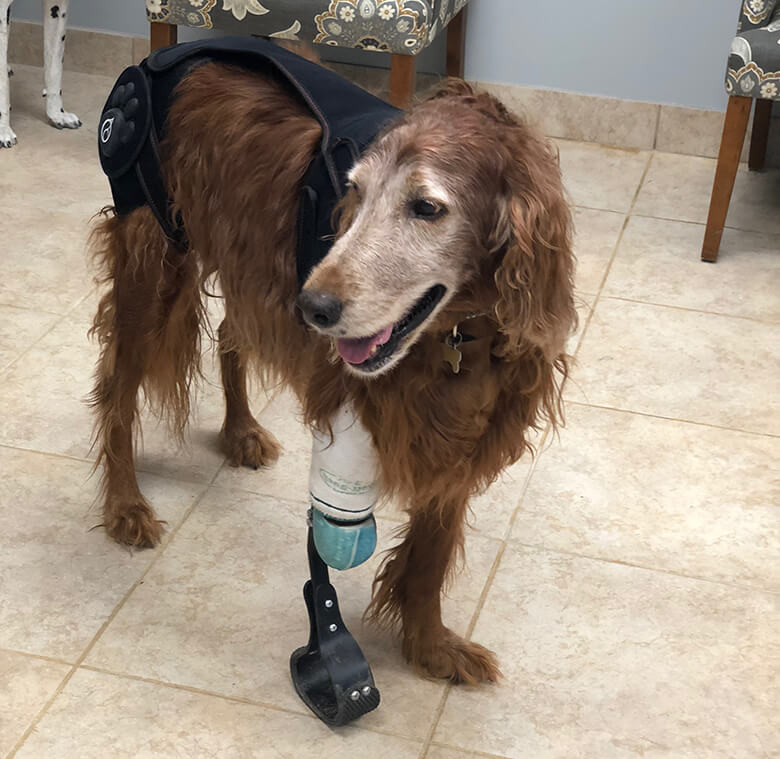 “The biggest skill involved with veterinary orthotics and prosthetics is efficiency and keeping costs down,” he says.

The type of plastic a 3-D printer uses costs 20 times more than the medical grade plastics used in hand sculpting. “I’ve had some of the top 3-D printing designers down here. It takes them ten hours to do what I do in 10 minutes by hand sculpting with plaster.”

“The future, in my opinion, is low temperature thermoplastics instead of high-temperature thermoplastics,” Campana says. The benefit of a low-temperature molded device is that an off-the-shelf brace or prosthetic becomes customizable by the user or a veterinarian who can heat up the plastic with a hair dryer or a heater bag that’s provided and mold it to their pet as many times as necessary. And that makes it more cost-effective product because the devices are mass produced.

Each new success creates a path to help more animals, Campana says. A dog named Ebony with a full-limb amputation led to his first full-leg prosthetic. Derby’s high energy level led to an appropriate use of 3-D technology. Every case Animal OrthoCare accepts has the potential to advance the technology and expand their patient base. “That’s my goal,” Campana affirms, “to say yes to the dogs we’ve previously had to say no to.”