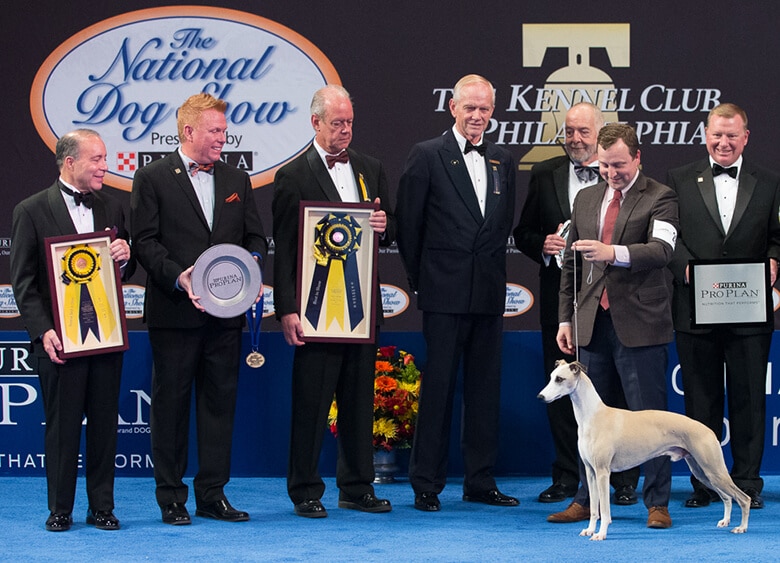 One of the most enjoyable Thanksgiving traditions of recent times is the National Dog Show – and this year was no different.

While you were going into a Turkey coma or preparing to get stuffed, the annual dog show presented by Purina had dogs representing 192 breeds strutting their stuff in hopes of taking home the blue ribbon.

And this year a Whippet named Whiskey got Best in Show, beating out approximately 2,000 dogs from seven groups. The 3-year-old dog from Sugar Valley, Ga. took the throne from last year’s winner: Newton, a Brussels Griffon. 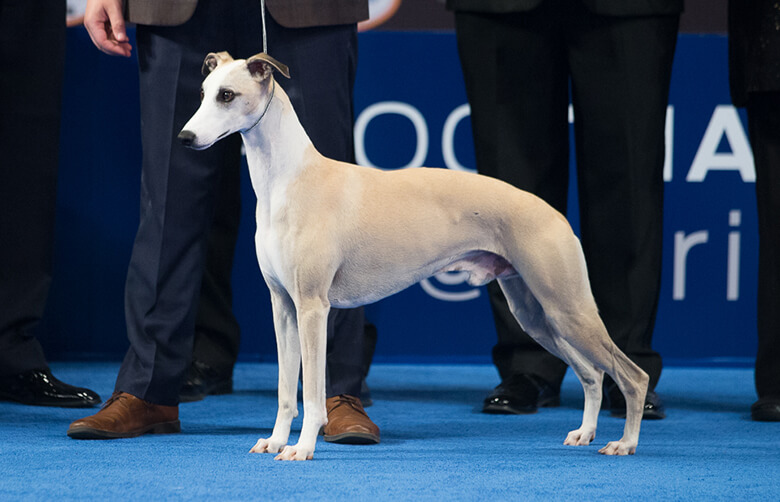 He was in the final Best in Show round with King the Wire Fox Terrier, Ducky the Chesapeake Bay Retriever, Irupe the Doberman Pinscher, Bella the Pembroke Welsh Corgi, Bogie the King Charles Cavalier Spaniel and Billy the Lhasa Apso. 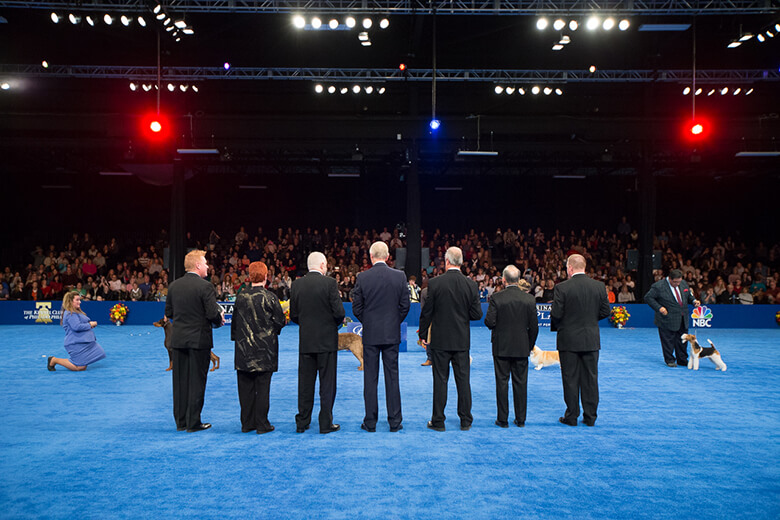 “He’s a typical whippet in personality — laid-back, enjoyable, clean, easy to house train, quiet – and that’s what makes him a lovely dog,” owner Justin Smithey told The Washington Post.  “He’s a great show dog because he’s not intimidated by a setting like this. 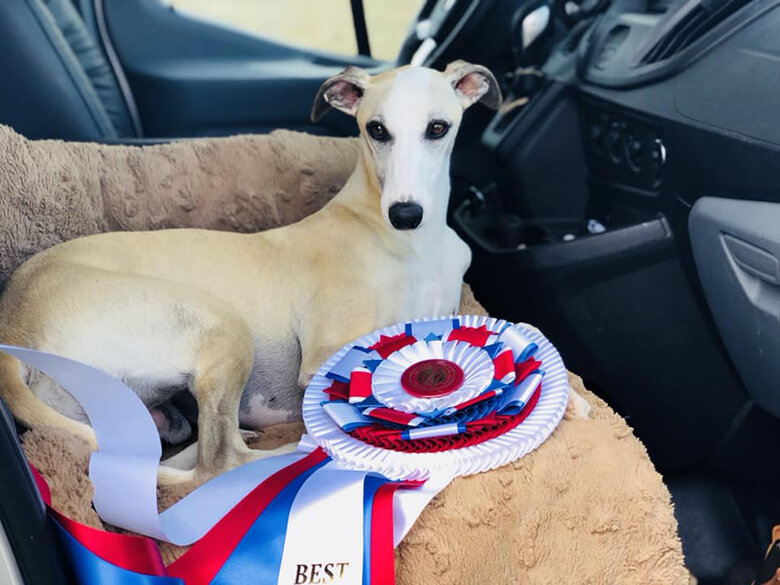 Hosted by John O’Hurley (Seinfeld and Dancing with the Stars) and David Frei, an American Kennel Club-licensed judge, the show is in its 17th year and airs directly after the Macy’s Thanksgiving parade. Approximately 20 million people watched the show this year, making it the the highest-rated dog contest in the US, beating out the Puppy Bowl and the Westminster Dog Show.

Since its debut in 2003, the National Dog Show has introduced 45 new breeds to the event, including adding two — the Nederlandse Kooikerhondje (sporting group) and the Grand Basset Griffon Vendéen (hound group) – this year.