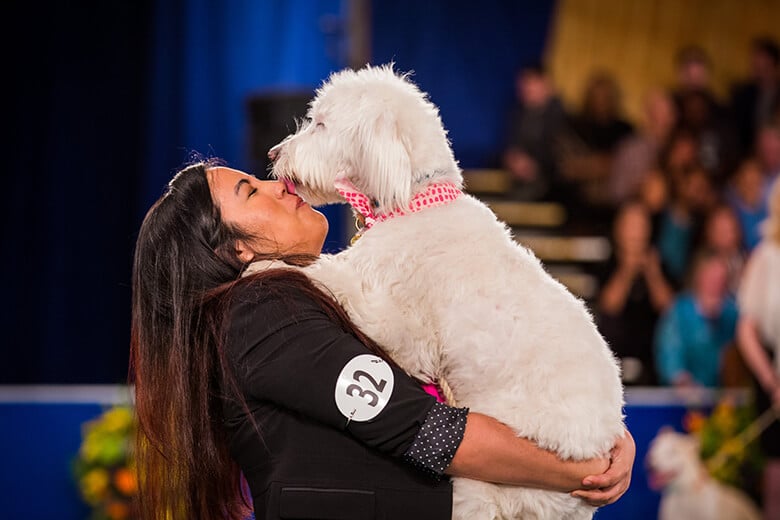 Last week, it was the Westminster Dog Show — a competition showing the best of the best in the dog world. This week, another dog show is making its debut, one that has less pizazz and more heart.

This evening, Hallmark Channel is airing the 2018 American Rescue Dog Show, a special that highlights rescue dogs across the U.S. to see who gets “best in show” in a number of very cute categories. 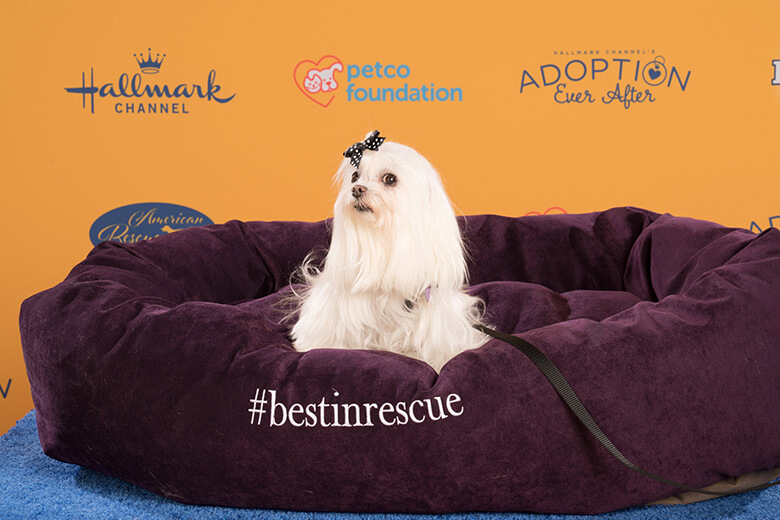 “On regular dog shows, the dogs are judged based on their bloodlines and conformation,” says executive producer Michael Levitt. “On our show, it’s all about their cuteness and personality.”

Hosted by actress Rebecca Romijn and journalist Rich Eisen, rescue dogs compete in a number of categories, including Best in Couch Potato, Best in Snoring, Best in Wiggle Butt, Best in Kissing, Best in Special Needs and Best in Listening. 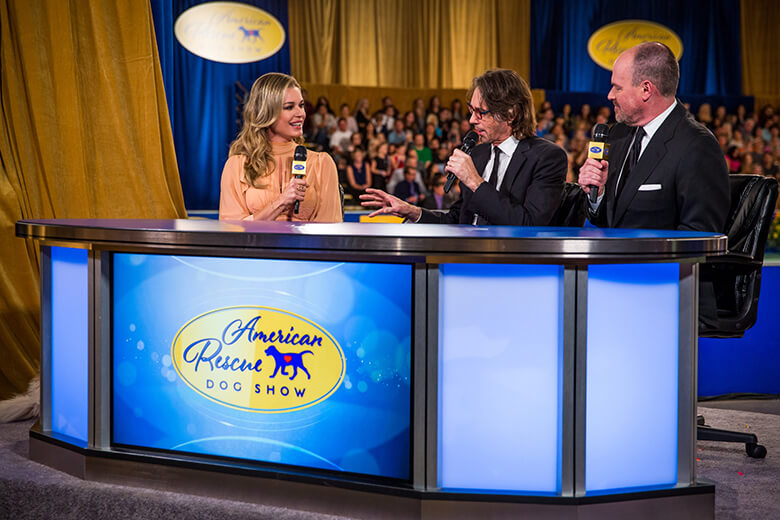 Related: Does the Westminster Dog Show Have a Sexism Problem?

The winner in each category will face off in the finals, with one taking home the Best in Rescue crown.

Every sort of breed under the rainbow competes with various muttigrees, an English bulldog, maltese and St. Bernhard making an appearance in the finals. 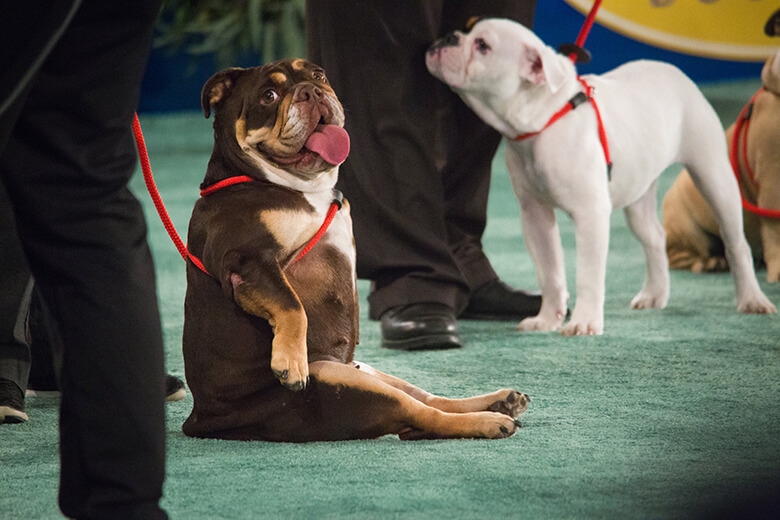 Competition may be fierce but the stories are heartfelt.

“Getting to know them and their families was really relaxing and fun,”Judge Arden tells us. “I also kind of lost my mind during the Couch Potato segment. I’d like you to picture more than 20 rescued Saint Bernards hanging on couches. Perfection.” 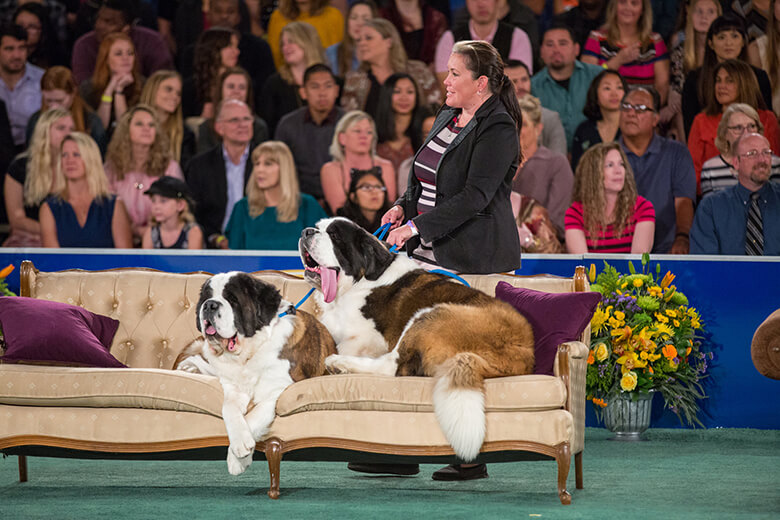 The concept of the show came to light after producer Levitt was going through a very difficult personal situation.

Related: A Marine and a Stray Dog From Afghanistan Save Each Other

In 2011, his sister was dying of cancer. It was during this time that Levitt, along with his partner Marc, decided to adopt a dog.

“We rescued a pit bill named Trooper, and he rocked our world,” Levitt says. “My sister met Trooper, saw the joy he bought to my life and she passed away four days later.”

A year later, the couple adopted another pit bull named Nelson to complete their pack.

“It was Trooper and Nelson that showed me how magical rescue dogs are, how pit bulls are so unfairly profiled and most of all, that these animals with no voice need our help,” says Levitt, adding he got deeply involved in the rescue world. 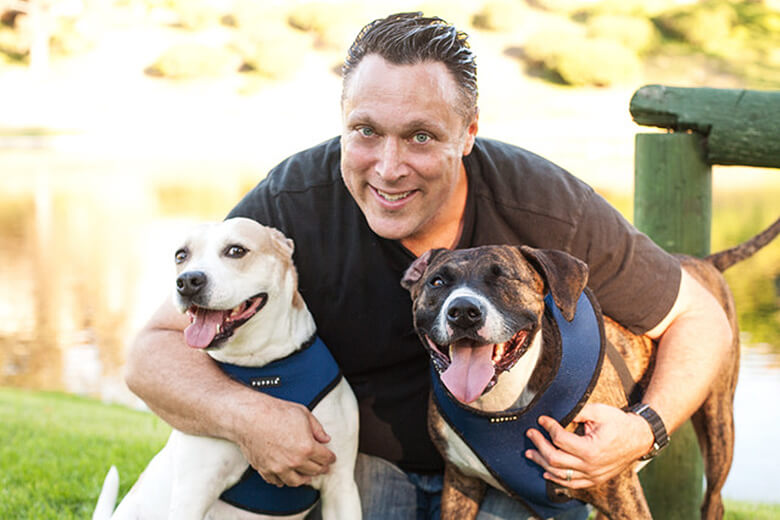 “I realized as a rescuer, I’m saving one dog at a time, but as a television producer, I knew I could do so much more by bringing my two worlds together to do something profound that would have an impact on a national level.”

In 2014 and 2015, he produced The All Star Dog Rescue Celebration on Fox. After Bill Abbott, the president and CEO of Hallmark, told Levitt he wanted to do a dog show featuring rescue dogs, the 2018 American Rescue Dog Show was born.

Tune in this evening at 8/7c on the Hallmark Channel.

“People will be entertained by the adorable dogs and their antics in the judging ring,” says Arden. “Most importantly, Hallmark is making a huge statement about the importance of considering adoption and the variety of wonderful canine companions available.”

Related: Everything You Need to Know About Introducing a Puppy Mill Dog Into Your Home