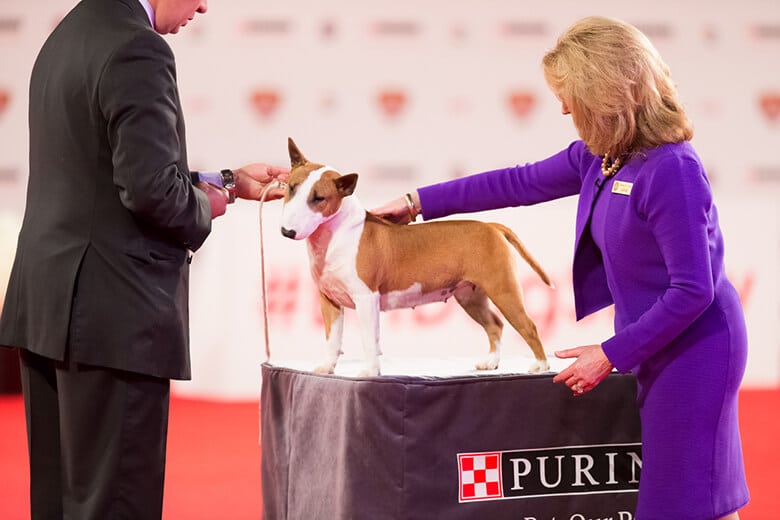 Hollywood is rolling out the red carpet for its own Westiminster-like competition.

The two-hour show will feature more than 1,000 dog dogs from 202 breeds competing for the Best in Show award.

Related: Meet the 7 Breeds Who Will Be Making Their Debut at Westminster

Before the Best in Show crown, dogs, similar to Westminster, dogs compete in breed categories, where they are judged against standard breed traits. There are seven groups – sporting, hound, working, terrier, toy, non-sporting and herding — ranging from 22 to 33 dogs in a group.

One dog is selected at Best in Breed, where they will move on to compete for the top-dog crown.

To add the glitz to Hollywood event, there will be golden dog statues, red carpet interviews and celebs, including Maria Menounos, Lisa Vanderpump, Bo Derek, Johnny Weir, Tara Lipinksi and others,  cheering on their favorite dog and provide commentary.

The event will be hosted by breeder, owner, handler, author and judge David Frei and actor, author and Broadway star John O’Hurley.

Besides the Sunday evening event, Purina, one of the partners of the show, will be running a social media campaign. From now until April 23, people can share why their dog is the star of the family on Facebook, Twitter and Instagram. Using the hashtag #BHDogShow and tagging @Purina, Purina will donate $1 (up to $25,000) to Leader Dogs for the Blind, an organization that provides dogs to those who are blind or visually impaired.

Besides Purina, the show was created in partnership with NBC Sports and the Beverly Hills Kennel Club.

Related: At Westminster There Will Be 3 New Breeds … And Cats