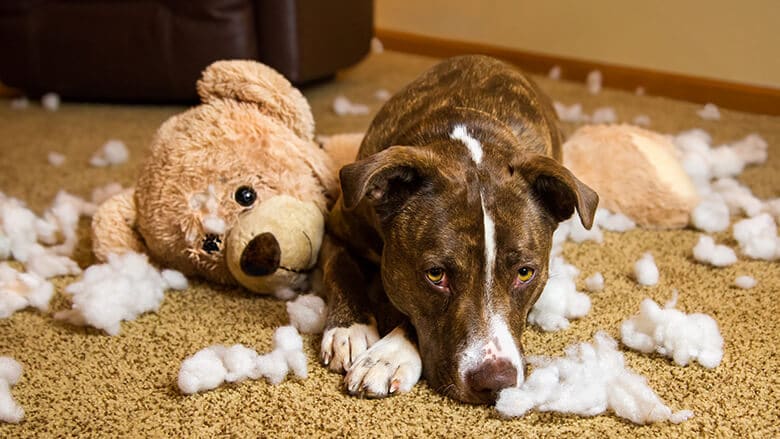 We have all seen it: the guilty look on our dog’s face. Often with a lowered head and big eyes looking upwards, our pups let us know when they have been misbehaving, whether that involves chewed shoes, a plate of food disappearing or marking in the house.

But this look wasn’t something invented by our four-legged friend. Rather, this sort of body language, known as the “apology now,” can be traced back to a dog’s ancestor: the wolf.

When young wolves play, and roughhousing ensues, through social cues, the animal will be alerted if he went one step too far (e.g. biting) by the pack, according to Nathan H. Lents, a molecular biologist with the City University of New York.

The pack will shun the wolf. In order to get back into the pack’s good graces, the wolf will do an apology bow, same with dogs.

“Dogs have inherited this behavior and they will use it after any kind of infraction that results in being punished,” Lents wrote in Psychology Today. “As social animals, they crave harmonious integration in the group and neglect or isolation is painful for them.”

Dogs will do the apology bow — other behaviors include stop panting or smiling, lowering the head, avoiding eye contact and tail between his legs, according to Lents — even if they haven’t done anything wrong but are still being scolded.

Some animal behaviorist state the “guilty look” is more of an act of submission, than a direct apology, according to Lents. But in a way, he thinks of it as both.

“In a sense, an apology is indeed an expression of submission,” Lents says. ‘”I was wrong; you were right.” Nothing could be more submissive than that.”