Recent visitors to Muddy Paws Rescue’s Facebook and Instagram pages were greeted by the loving face of Moose, who had been tied up and abandoned in a dog park in the Bronx, New York a little over a year ago. He was rescued by a Muddy Paws fosterer and remained under the organization’s care for a month or two, until he was spotted by a newlywed couple on Instagram. It was a photograph of Moose wearing an argyle sweater that drew the pair in and urged them to adopt.

“Moose has completely changed their lives for the better and they are totally in love with their furry son,” the post concluded.

Moose’s story is just one of many ways social media has assisted organizations in their pursuit to rescue and place dogs in forever homes. In fact, for many rescues, it’s a game-changer. Social media allows these nonprofits — nearly all having very small, if any, marketing budgets — to get the word out to a large audience in a cost-effective manner. Not only does a dog in need of home get in front of a rescue’s audience, but these types of posts allow for a type of viralness with people sharing to their own network, spreading the word with a click of a button.

Three years ago, the Muddy Paws’ Instagram had around 11,000 followers. It now has approximately 73,000, with much of the growth due to the efforts of Marketing Director Anna Lai.

Lai credits the Instagram growth to the organization’s active presence and a “jam packed” content calendar (like Moose’s famous argyle sweater picture post), highlighting adoptable dogs, which  is planned by Lai and about 12 volunteers.

“We always have messages going out, we’re always promoting some sort of dog in some sort of way, [which] has really helped us build this little social media army,” Lai says. “We’re able to rely on friends who have more of a social media clout, influencers who happen to love dogs. I mean, most people love dogs, so it’s not really hard to find people who happen to have that following.”

It’s also helped with fundraising efforts. “We obviously reach out to people over email as well, but social media was a huge piece in getting people interested and signing up to be a monthly donor,” Lai tells This Dog’s Life.

When Chrissy Beckles first began rescuing abandoned dogs in Puerto Rico around 2006, Facebook was not yet popular and Twitter and Instagram didn’t exist. She later launched The Sato Project in 2011 and credits social media as one of the reasons the nonprofit will celebrate its 10-year anniversary next year.

“Just to see how social media has enabled us to grow and gain traction and awareness on what is happening on the ground down here has been game changing,” Beckles says.

Beckles has used social media as a way to document her experience rescuing the dogs and raise awareness to the plight of dogs in Puerto Rico. They frequently post “before” and “after” photos, encouraging users to follow a dog’s individual story.

“The way we talk is in the first person, and it’s people that are on the ground and are seeing and doing this work every day,” Beckles says. “I think that resonates with people.”

Beckles has also used social media as a way to drum up donations and resources for the organization.

“I know if I go out and rescue a dog today, for example, and document it, and that dog isn’t necessarily budgeted for, it’s something that we didn’t plan to do but we saw this dog, we took them in, I can write a post on social media with some captivating copy and photographs, and I know I can raise the money to essentially cover that dog’s cost,” Beckles says. “So, you’ve got the immediate call to action on social media.”

But just like for-profit businesses, rescues need to stay on top of social-media trends to stay relevant, with many seeing Instagram as the current platform du jour. Both Muddy Paws and The Sato Project have found it to be the most effective social media platform, but also rely on Facebook and Twitter. They’ve recently utilized Instagram’s story feature and tested out the new donation sticker. The combination of an available dog, plus a cute picture, is what Lai calls the “holy grail” of content.

“The other types of content that we put out, people still engage with it, but it’s definitely a sort of steep drop-off compared to adoptable dogs,” Lai says.

Beckles says that if social media would not exist, the Sato Project would still be able to do its work.

“If social media were off the table, there’s got to be some other platform that would either have taken over or is starting to become front and center that we would inevitably try to be a part of,” Beckles says. “There are so many platforms out there right now. We don’t use TikTok, for example. Could we use it? I’m sure we could use it to great success.”

And despite social media platforms coming under fire for a number of issues, including privacy and cyberbullying, Beckles believes the good can outweigh the bad, especially in terms of raising awareness to their mission.

“Not everybody can afford to donate, and not everybody’s in the position to be able to foster and adopt, but it takes two seconds to share a social media post,” Beckles says. “And you never know within your friends and family and co-workers’ network who is going to then see that post.” 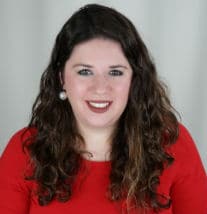 Maggie Gilroy Maggie Gilroy is a journalist based in Binghamton, New York. She is a full-time news reporter for The Press & Sun-Bulletin, part of the USA Today Network. She's also a freelance writer, with recent bylines in Irish Dancing Magazine, American Theatre Magazine and TodayTix. When not writing, Maggie obsesses about all things musical theater and enjoys hanging out with her two family golden retrievers, Dan and Joe.

Known as the ‘Mayor of Sullivan Street,’ Meet The French Bulldog Who Is Lifting the Spirits of His Neighborhood

Meet the Trainer Drake, Carrie Underwood, and Kaley Cuoco Use — And What You Can Learn From Her