PRESS ESC TO CLOSE
Dog Parents > Life With Your Dog > The Pet-nup: Do You Need One? 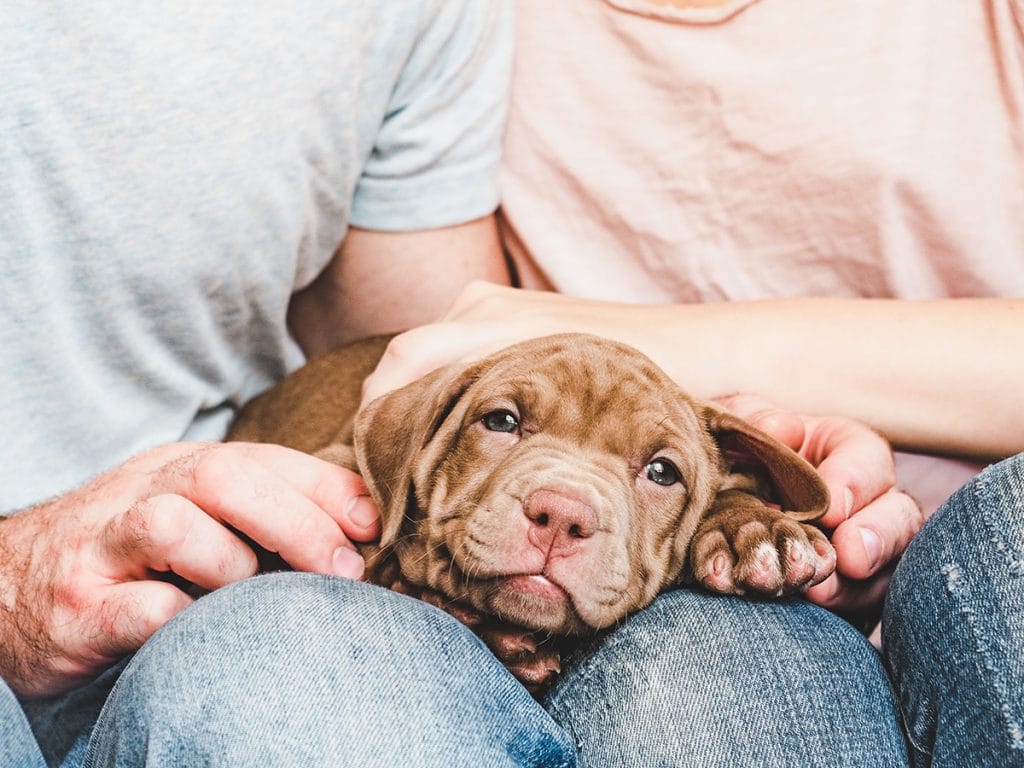 Breaking up is never easy. Breaking up when you have a dog is even worse. And when you throw in a legal-binding contract – aka marriage – it can get messy real fast.

When a couple decides to divorce, often, a contentious bone to pick is custody of the family dog.  That’s because as more and more dog parents view their pups as family members, the numbers of divorcing couples fighting over custody of a pet has increased.

Last year, research found that approximately 28,500 of 111,000 divorce cases involved custody of a pet, according to UK’s Direct Line Insurance Group. That is about 90 every day.

“If there is a companion animal in the family, it is a good idea to have a ‘pet-nup’ in place to avoid custody disputes if the relationship ever dissolves,” says Cristina Stella, senior staff attorney at the Animal Legal Defense Fund (ALDF), an organization with a mission to protect the lives and advance the interests of animals through the legal system.

The pet-nup is a legal document that lays out what will happen to a dog (cat or other animal) after the couple splits.

“Most of the disputes that we see center on custody of the dog,” says Stella. “Couples can also argue about visitation rights.” Without a pet-nup, she adds, it can become extremely difficult to decide primary custody if there is no clear reason why the dog should go with one person over the other.

Custody battles over dogs have become so contentious that many attorneys believe that it’s time for courts to change their view of pets as property. Some even champion the use of separate legal representation for dogs similar to the kind of separate council given to children in a custody case.

“Because animals are considered property under the law, the traditional way of dealing with this was to look at which person either purchased the animal or signed for the animal on their adoption papers or was primarily responsible for the veterinary bills or purchasing food for the animal,” says Stella.

Custody becomes an issue when the person who is more closely bonded to the dog, or might be able to provide a better home or lifestyle, isn’t the person who purchased the dog or paid for their care, she notes.

“We believe that animals are more than property and should not be considered property under the law,” says Stella. “Specifically with regard to divorce proceedings, we believe that it’s more appropriate for courts to consider the best interest of the animal as opposed to applying a strict property analysis.”

Today, things have started to shift to this point of view, and some states are now considering the health and well-being of the dog over whose name is on the dog’s papers.

For example, in 2016, Alaska became the first state first state to allow judges to take into consideration a pet’s well-being during a divorce. And in 2017, the Illinois State House passed a law that forces judges to consider the welfare of pets in a custody battle rather than who legally “owns” the dog. While these new laws may be minimal, it’s a step in the right direction to end the legal position that pets are mere property.

“I think that there is a trend in the courts toward using the power that they already have to go beyond a property analysis and consider the well-being of animals,” says Stella. “And that’s aligned with our evolving views of companion animals within our families and in our society.”

Should You Do a Pet-nup?

If you’re not a psychic who can see into the future, and if you love your dog with all your heart — yes, you should consider doing a pet-nup.

A pet-nup is similar to a prenup, except, of course, it covers what happens to shared pets should a couple decide to separate. It will save the possibility of extreme heartache if you work out who gets the dog before you exchange rings. And even if both spouses believe they can offer the best home for the dog, arguing through lawyers will get very expensive. (One famous dog custody case took two years to settle in court and cost around $150,000 in legal fees.)

Plus, a pet-nup will allow couples to work out these details with love, and the process of figuring out how to share a dog or who will be the primary (or sole) caretaker will be focused on the dog’s needs rather than the human emotions surrounding the dissolution of a marriage. (This is also worth considering even if you don’t get married to someone but get a dog together.)

Keep in mind, a pet-nup is something you may have to file more than once since humans tend to outlive their dogs. Since each dog is unique, the person a dog primarily bonds with or the role of primary caretake may vary with a new dog.

What Does the Pet-nup Cover?

A pet-nup can be as simple or as complex as it necessary.

The main purpose of the pet-nup is to determine who will retain custody of a shared pet. But it can also stipulate who will take care of the dog while the custodial dog parent looks for a new home or has to temporarily move into housing that doesn’t allow dogs.

The agreement can also cover who pays for veterinary care if the spouse with less resources is the primary caregiver, assuming that the pet-nup offers some form of visitation to a non-custodial but higher-earning spouse.

If the spouses manage to get along, joint custody has become more popular after divorce. A pet-nup can also state that one party takes care of the dog when the other dog parent travels or has a sudden increase in working hours outside of the home.

The pet-nup can work out what happens if divorced spouses with joint custody of the dog stop getting along over time. Other things to consider is what happens if one spouse remarries, and the new partner doesn’t get along with the ex-partner. A pet-nup can also make provisions for any form of abuse, stating that the dog will go with the non-abusive person to ensure their safety.

A pe-tnup can even go into end-of-life decisions, such as the extent of medical treatment for diseases like cancer and even the age limit for this kind of medical intervention. Provisions can also be made for coverage of the dog’s medical insurance.

A child’s attachment to their dog should also be considered in terms of custody. If both homes are appropriate for the dog, a pet-nup can determine that the dog travels with the child during shared custody visitation. It can also address what happens when that child goes away to college or moves to another location.

When an agreement puts the dog’s needs first, it can address who the dog or dogs are most strongly attached to, what happens if two dogs in a family are bonded, and whether one person spends significantly more time away from the home than the other.

Custody of the dog is often a highly emotional decision. A pet-nup can prevent retaliatory behavior, ensure that the dog’s needs are the priority, and make a difficult process easier if it comes to divorce.

Related: Millennials Think of Their Dogs Over Kids and Marriage When It Comes to Buying a Home