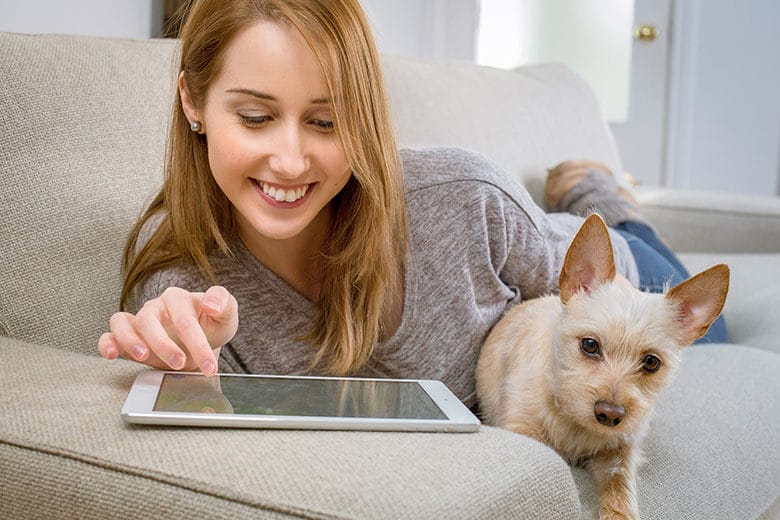 When it comes to deciding to buy a home for the first time, dogs trump nuptials and babies for millennials.

In a recent survey, 33 percent of Americans between the ages of 18 to 36, were influenced by their canine pup when buying a home, with dog features like a big yard playing a role in the decision-making process. Twenty-five percent of millennials cited marriage as a factor, and 19 percent said they took children into consideration, according to a SunTrust Mortgage survey. 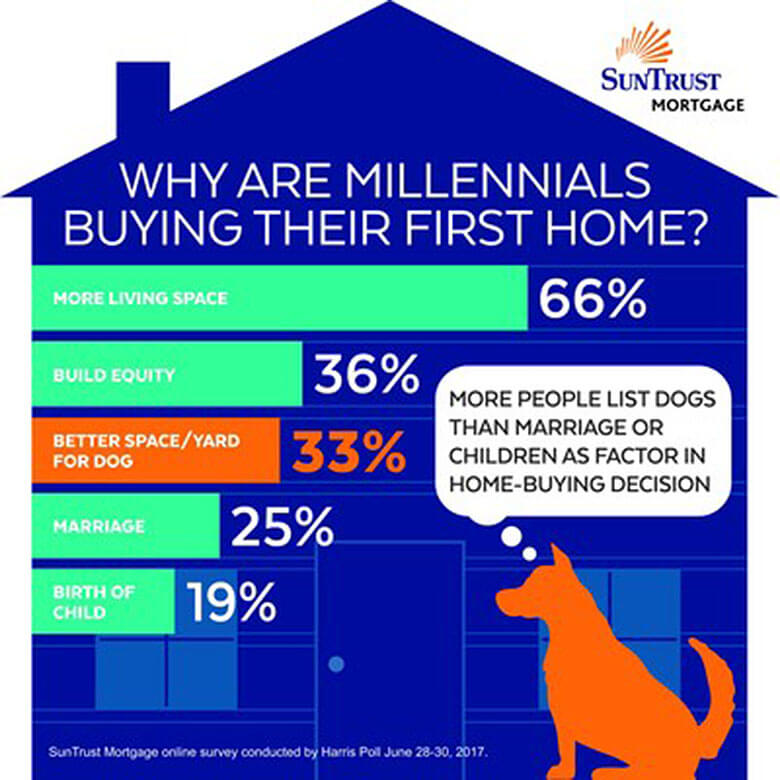 “Millennials have strong bonds with their dogs, so it makes sense that their furry family members are driving home-buying decisions,” Dorinda Smith, SunTrust Mortgage president and CEO said in a statement. “For those with dogs, renting can be more expensive and a hassle; home ownership takes some of the stress off by providing a better living situation.”

Also, 42 percent of millennials said their dog, or their hope to have one in the future, was a key factor in actually wanting to buy a home in the first place.

The findings don’t come as too much of a surprise to us. Millennials recently surpassed baby boomers as the generation that owns the most pets, accounting for 35 percent of all pet owners, according to American Pet Products Association. . They also are taking longer to get married and have children.