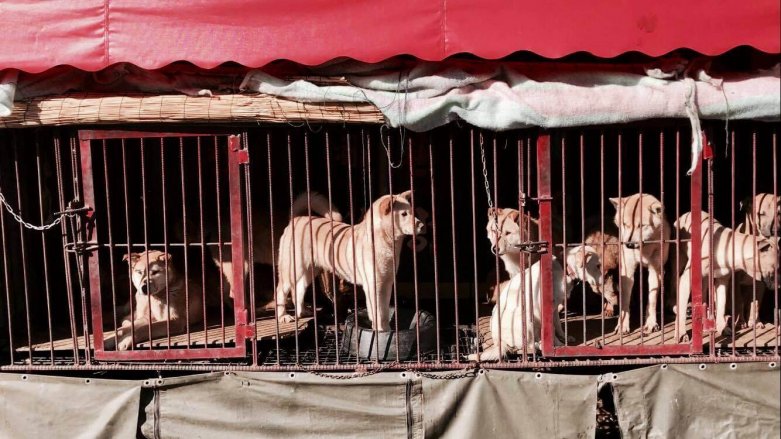 Shenzhen has become the first Chinese city to ban the consumption of dogs and cats.

The move, celebrated by animal lovers and animal-welfare organizations, coincides with the fact that the devastating coronavirus most likely originated in a wild animal marketplace in the Chinese city of Wuhan. After the outbreak, the government banned the consumption of wild animals, but Shenzhen decided to do more by also including dogs and cats.

“Dogs and cats as pets have established a much closer relationship with humans than all other animals, and banning the consumption of dogs and cats and other pets is a common practice in developed countries and in Hong Kong and Taiwan,” a Shenzhen government spokesperson said. “This ban also responds to the demand and spirit of human civilization.”

“With Shenzhen taking the historic decision to become mainland China’s first city to ban dog and cat meat consumption, this really could be a watershed moment in efforts to end this brutal trade that kills an estimated 10 million dogs and 4 million cats in China every year,” Dr Peter Li, China policy specialist for animal protection charity Humane Society International, said in a statement.

“The majority of these companion animals are stolen from people’s back yards or snatched from the streets, and are spirited away on the backs of trucks to be beaten to death in slaughterhouses and restaurants across China,” he added.

While the most of the Chinese population does not consume dog or cat meat, there is a subset who believes it has medicinal properties. The most highly publicized (and horrendous) event is the Yulin festival, which occurs during the summer solstice. During the 10-day event, thousands of dogs and cats are killed believing consuming their meat will help cool their blood during the hot summer. They also believe the more the animal is tortured, the tenderer the meat will be.

HSUS hopes this ban will pressure other Chinese cities and communities, like Yulin, to also end the dog and cat meat trade.

“We certainly hope so!” Wendy Higgins, the director of international media at Humane Society International, tells This Dog’s Life when asked if she believes other areas will do the same.

“That’s the real power of the Shenzhen ban — that it can hopefully inspire other cities to follow suit,” she says “And if more cities join, that in turn could encourage the national government to look favorably on a nationwide ban.”