Woman Travels More Than 1,200 Miles to Save 100 Dogs From Yulin Dog Meat Festival

Despite global outcry, the annual Yulin Dog Meat Festival is underway, where it estimated 10,000 dogs will die for their meat. One woman made it her mission to stop a small percentage of these dogs from being killed for human consumption.

Animal advocate Yang Xiaoyun traveled approximately 1,200 miles to save 100 dogs from being put on someone’s plate. On Saturday, she reportedly spent $1,100 U.S. dollars to save these pups and plans on bringing them back to her hometown of Tianjin (a northeastern city in China), where they will cared for at her Tianjin Stray Animal Rescue Shelter. 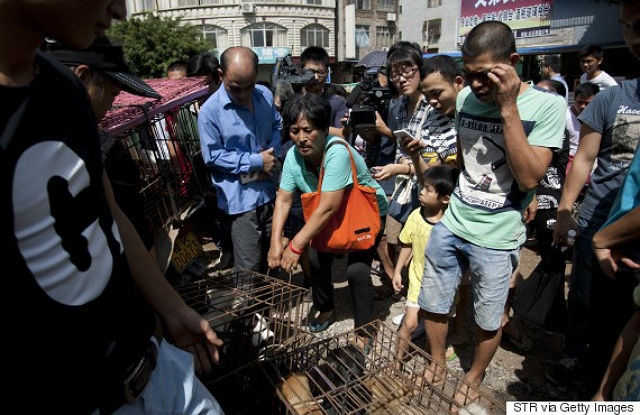 Xiaoyun started the rescue in 1995 after her husband passed away and currently it is home to 1,500 dogs and 200 cats. Last year, she saved more than 300 dogs.

The Yulin Dog Meat Festival has for some time caught the wrath of animal advocates, lovers and everyday people that thinks this event is extremely cruel (it is!) and inhumane. (It has been reported that dogs are burned and skinned alive and the pictures are horrifying). But recently, with the help of social media, the Yulin Dog Meat Festival has been met with a much bigger backlash, including from Chinese citizens. Celebrities, big-name animal organizations have also lent their voice to put a stop to this horrific event.