PRESS ESC TO CLOSE
Lifestyle > City Guides > After Being Ditched By Breeder Because of Size, Dog Is Now Mascot at Art Gallery 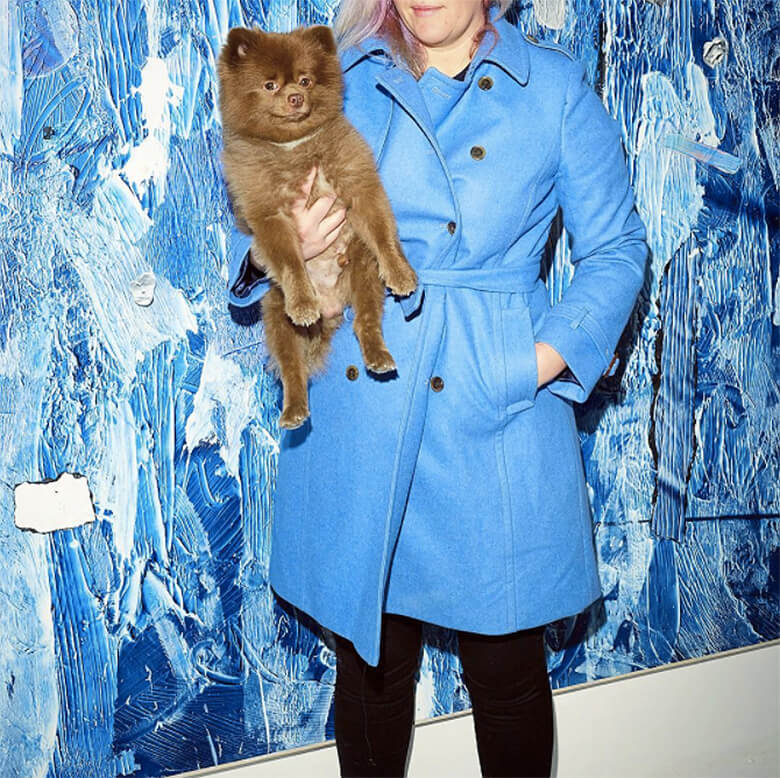 A dog surrendered by a breeder because he was just too big to sell is now the mascot for an art gallery in New York City.

Named Bert, the pomeranian was rescued by Kathy Grayson, the founder of contemporary art gallery The Hole. Grayson had been looking for a new friend in 2013, when she game across a 4-month-old brown pomeranian on PetFinder living in Tulsa, Arizona, named “Jasper.”

“He ended up at shelter when a breeder could see he was going to be a large pom, apparently undesirable to buyers,” Grayson tells This Dog’s Life. 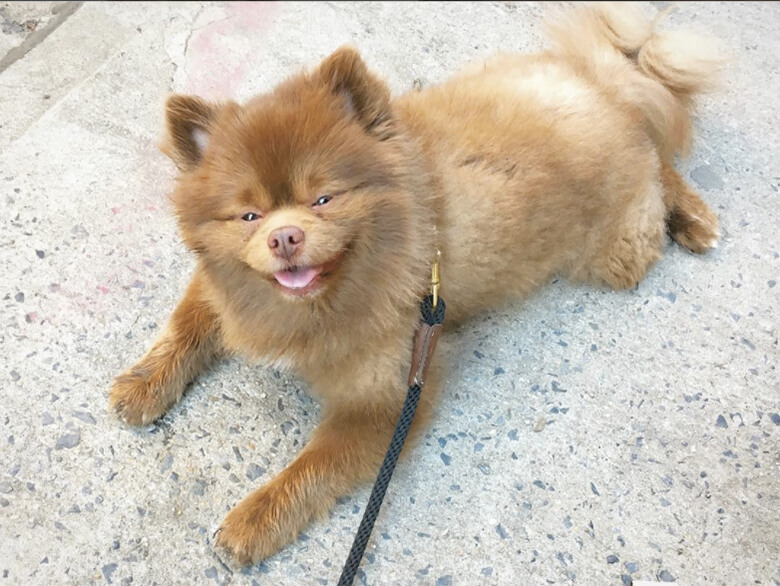 She was instantly smitten.

“The look on his face really spoke to me, as erroneous as that is he looked sweet and kind of silly and thoughtful,” Grayson says. “He wasn’t the cute pom puppy in the traditional sense, he looked kind of askew.”

So, Grayson flew to meet Bert, and fell in love with his sweet personality, along with his “resting happy face.”

After arriving back in New York City, Bert was instantly ingratiated into the art world. 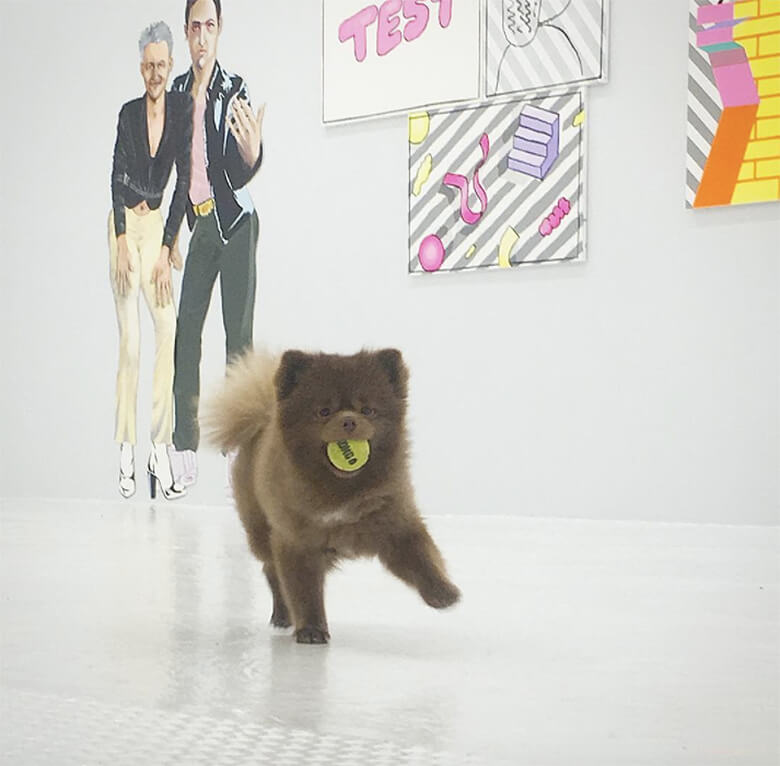 “The general public can often be intimidated by the art world, and because I get a lot of people coming at me, I have gotten a bit cagey perhaps,” says Grayson. “I am kind of shy and aloof, and Bertie breaks all the ice. He puts a smile on everyone’s face and makes a connection between me and people who come to the gallery.”

Besides being the official greeter, the now 4-year-old dog is involved in a number of day-to-day activities.

Related: Dogs Have a Blast at First Ever Art Exhibition Just for Them

He enjoys checking out the art. 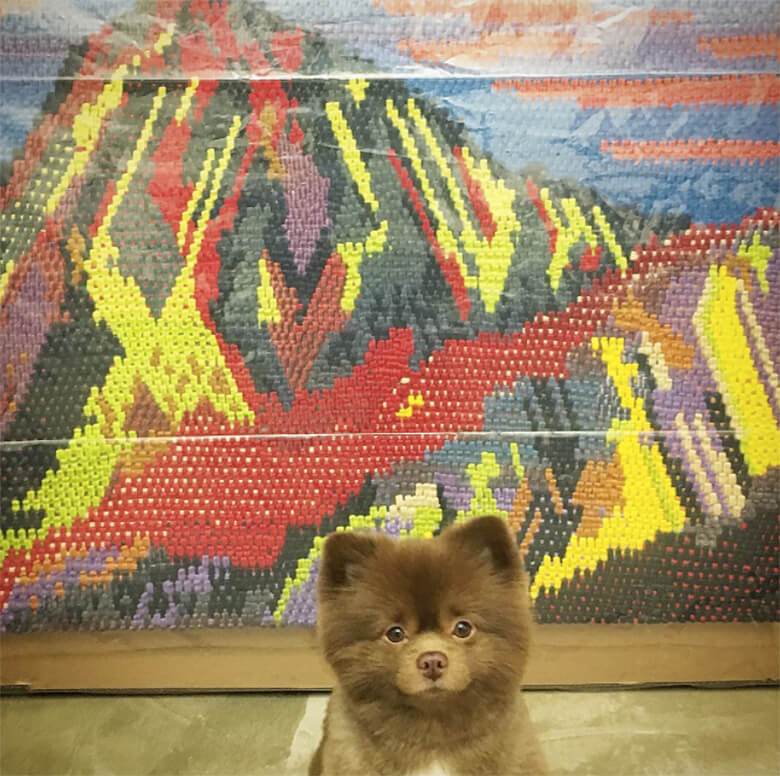 Being part of the art photography. 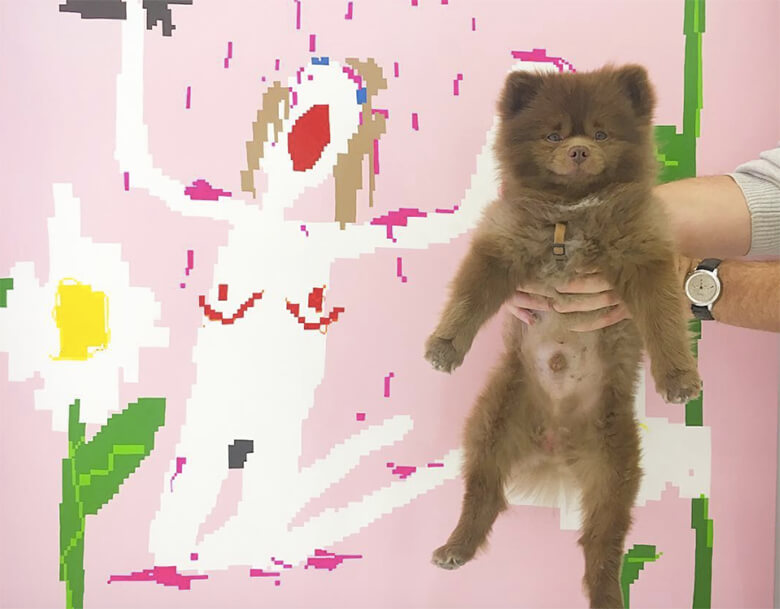 And understanding the process. 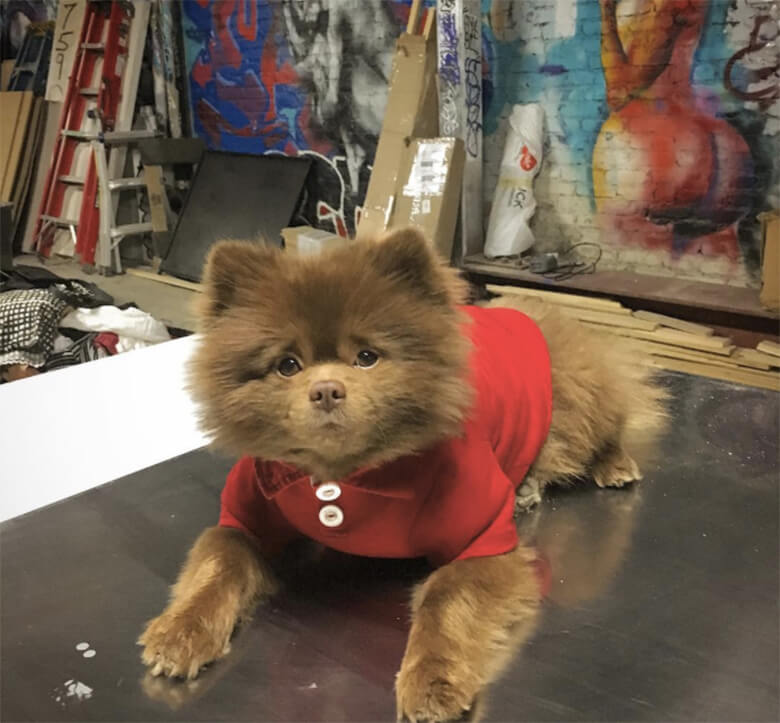 “He also loves when creative people come in,” she says. “He sits with me in my office and lives when artists visit, he gets petted by art collectors and by art students.” 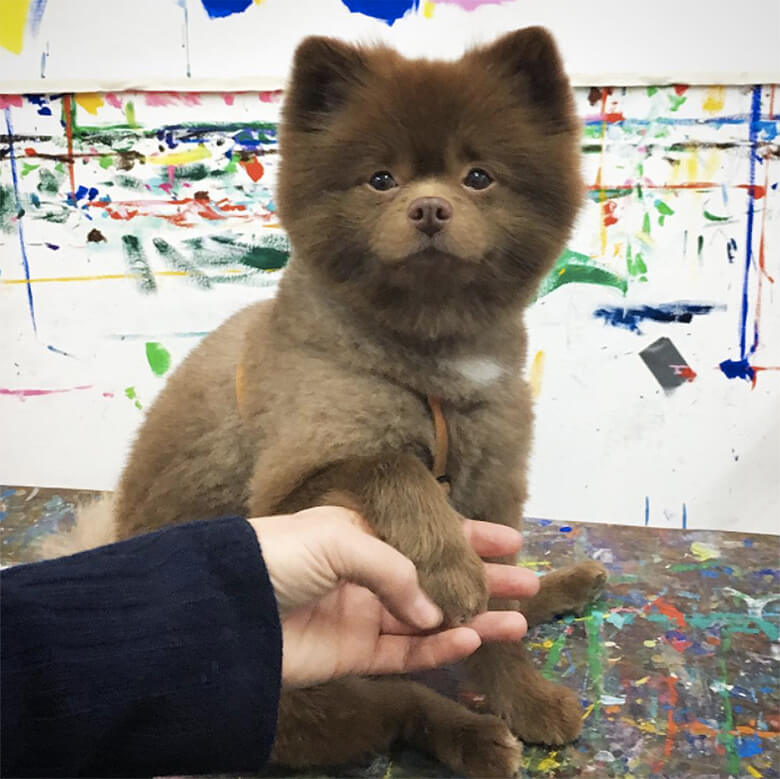 And as word has gotten out about the four-legged mascot, he occasionally gets some dog visitors.

“The gallery is definitely dog friendly and people slowly have learned to bring their dogs to play with Bertie,” says Grayson. “Sometimes it’s almost a full dog park in there, it’s awesome.”

Bert’s presence in the art world isn’t just felt between the four walls of The Hole. The sturdy 14-pound dog has been everywhere with Grayson, including traveling with her to Miami and the Hamptons for art fairs.

And when he isn’t caught up in the world of art, Bert just enjoys being a dog. Grayson often takes him to the local parks, brings him hiking and lets him swim in the ocean (with a doggy vest). 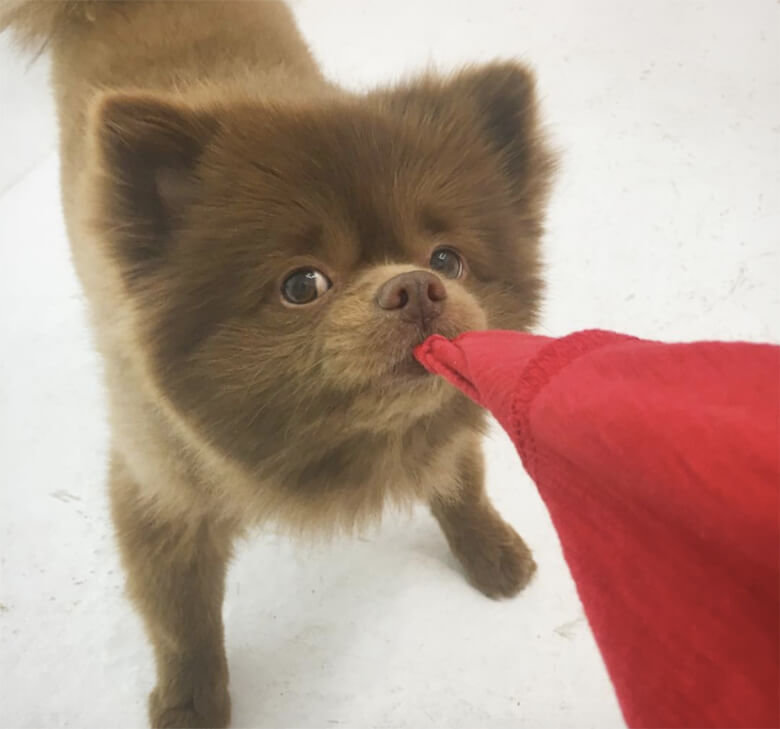