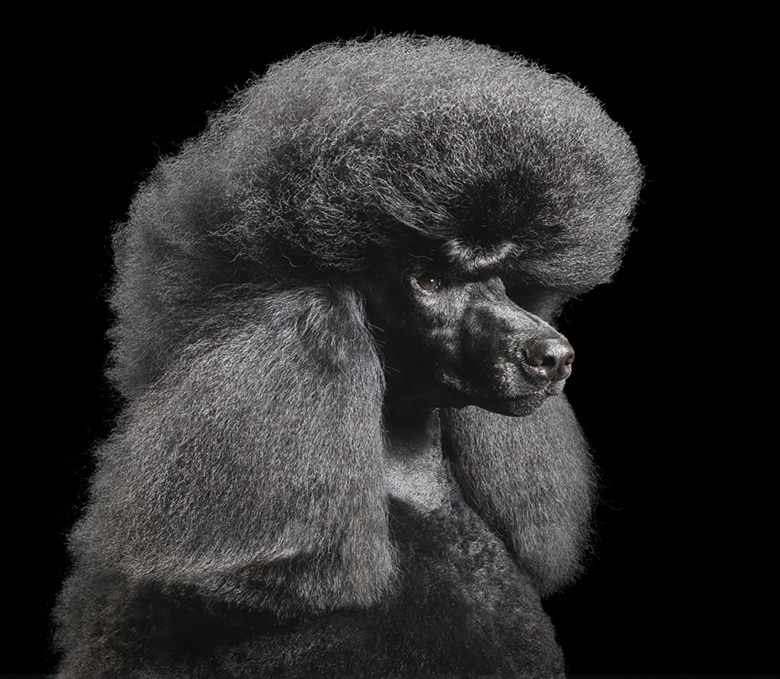 Smiling, frowning or puzzlement: these are a few of the human-like characteristics we associate with our dogs – and a staple of famed-photographer Tim Flach.

Photographing dogs, along with other animals – roosters, snakes, wild horses, chimps, you name it — for more than 20 years, viewers can’t help but transfer their own perspectives to the creatures in the images, making the photos more about them than the animals. That is Tim Flach’s intent, whose work has been featured in National Geographic, Smithsonian Magazine, The New York Times and museums all over the world, along with several of his books, including More Than Human.

“We shape animals, and we shape their meaning,” the London-based photographer tells This Dog’s Life.

For instance, when you look at a photograph of a dog taken by Flach your perception seems to change — his images provoke us to look at canines in a different way. He’ll fuse silliness, by giving a bichon frise an afro alongside an intense emotion or framing an image, so it only captures the sad eyes and the soft egg-shaped head of a weimaraner. In turn, Flach finds ways to capture the incredible diversity of dogs, both in their vast appearance and character. 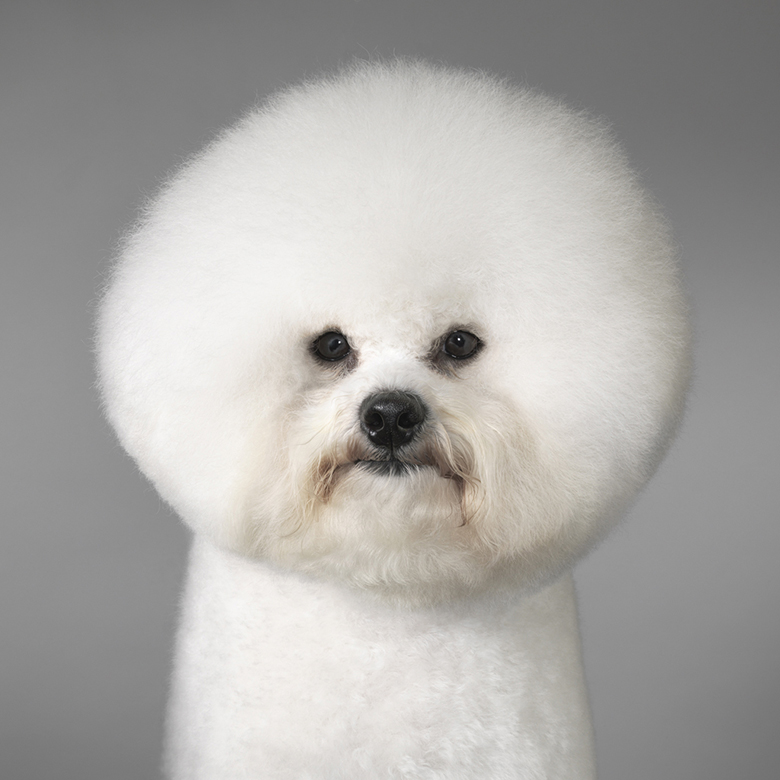 This intense connection conjured up by his lens; the exchange of his gaze and the dog’s represents a greater connection humans have with canines. The results are incredibly artistic, moving portraits of man’s best friend.

“They have so many emotions and they often afford me a luxury of being to in a sense orchestrate something that might be much more challenging with a wild animal,” he says.

This intimacy was shown in Flach’s second book Dogs Gods, a photo series exploring the depth of dog breeds, with each image exemplifying how canines are in fact a part of human evolution, development and identity. There’s no other species we have found such intimacy and closeness with than man’s best friend. 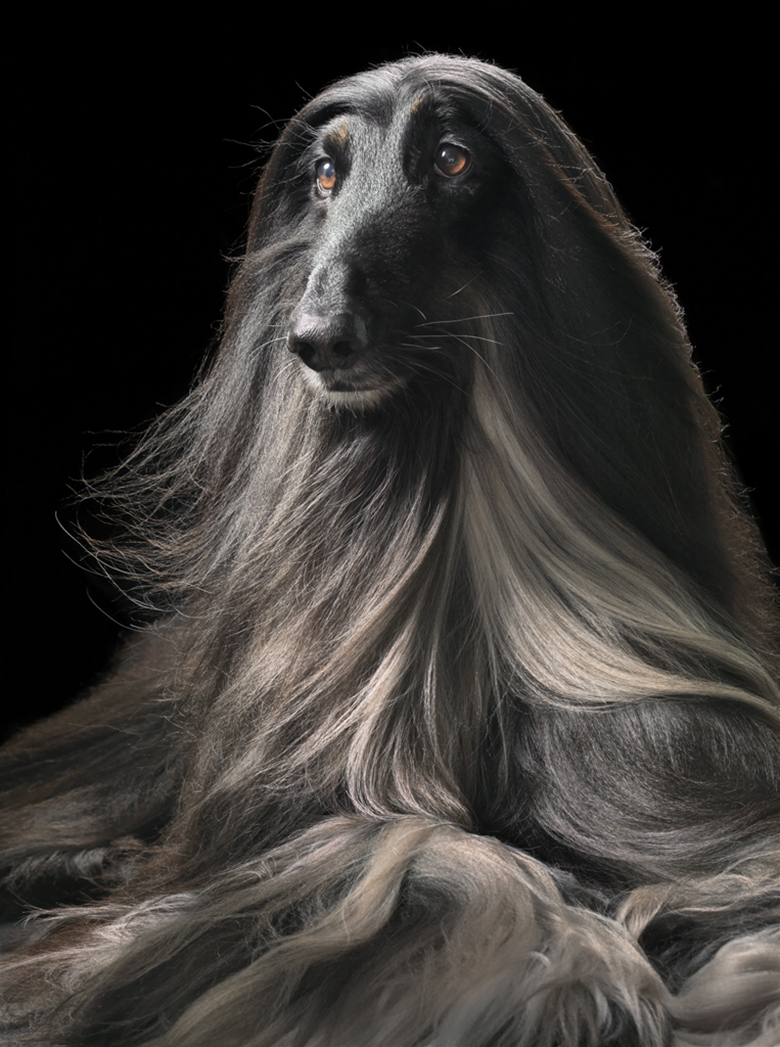 “I think the dog is a very unique relationship and the way that dogs have learned to respond to us and for us to read the indicators from barking to various forms [signaling for food, knowing when we are home, etc.] is unique,” said Flach. He believes that inevitably our behavior around and towards the animal shapes it; the animal acts and reacts according to what we believe it wants of us.

So while a dog is just doing normal behaviors: staring at us, walking or looking down, we look at Flach’s photos and see courage in the pupils, confidence in his stride and defeat in the lowered head. Anthropomorphism at its finest. 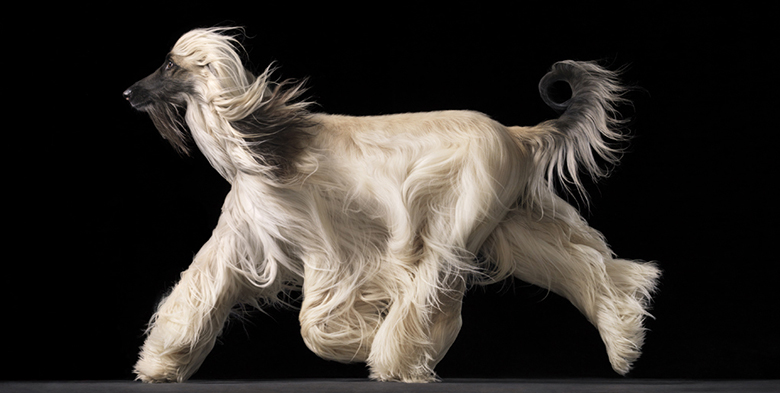 In order to apply such humanistic qualities to dogs in his images he often emphasizing such areas as gaze. “I think is always interesting with dogs because of course they look to, they share characteristics that we generally only share with each other and the way dogs look to humans,” he said. Flach explains that dogs treat humans differently than their four-legged counterparts when behind the lens. Defined as “left gaze bias,” dogs look to the right side of a human face to evaluate the emotions of a human but not to another dog. This is what humans do to each other. “So this is a unique kind of form dogs share in the way that they read us,” he said. 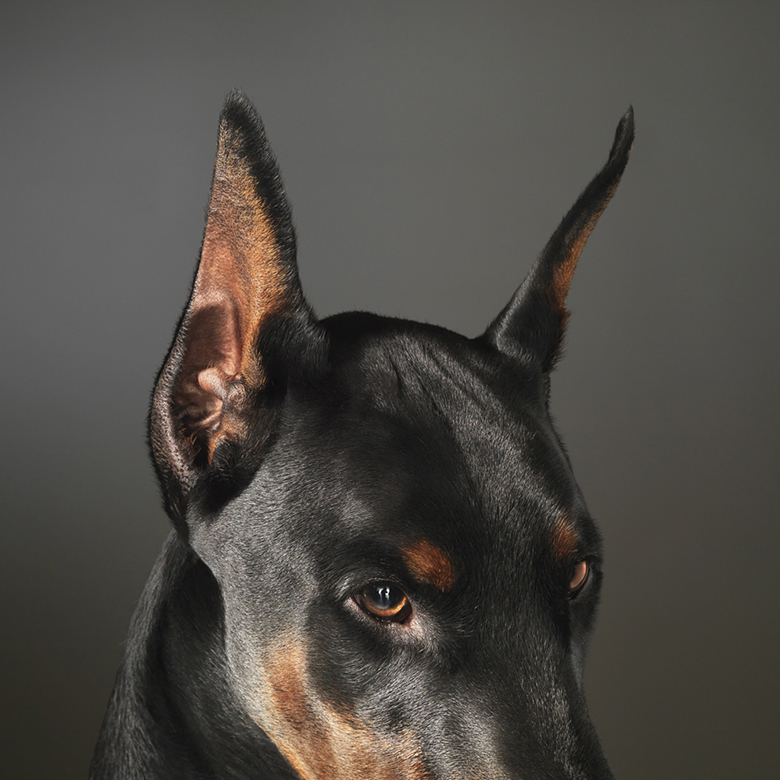 Flach gives the example of his photograph of a Hungarian puli that is reminiscent of a mop, a breed that may not be a familiar to many people. “The nature of the picture is kind of being suspended in his jump, it is also ambiguous and re-engages the viewer to understand what are they looking at,” he said. 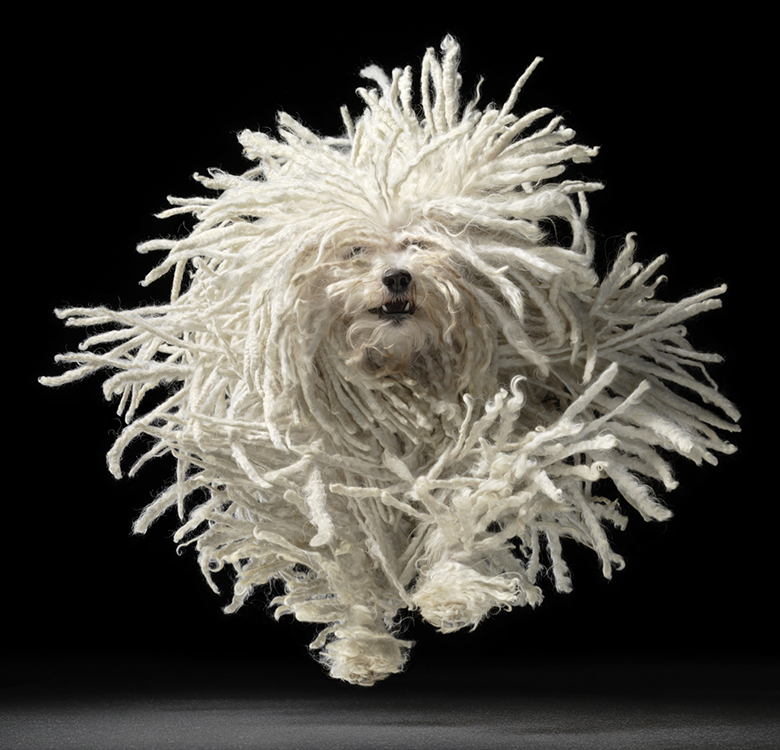 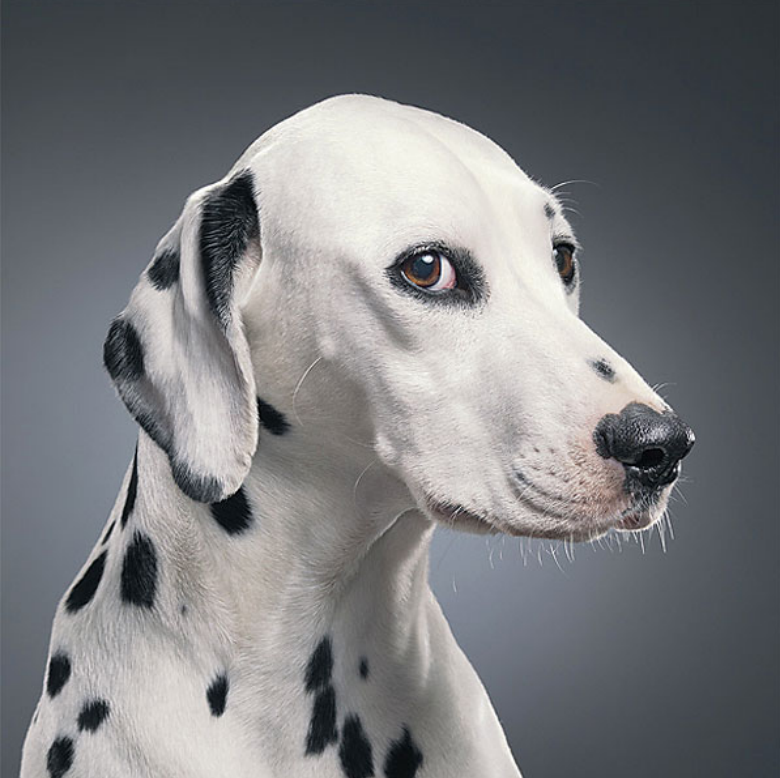 Although he spends a large amount of time around a range of breeds, Flach doesn’t have a dog of his own and the answer for that is very simple: time. “Over the last 10 weeks I have only had about one or one-and-a-half weeks in the UK, and I don’t think it’s fair to an animal when they are relying on human companionship for the majority of the time,” he said. Perhaps Flach gets the best of both words. “Most people grow up with one breed or around one type of dog, and have a bias to that, I am very privileged to work with many different breeds,” he said.

As Flach goes forward with his work, his goals are always to take photos of interesting and relevant images to spur debates and make the photos support them effectively. With his eye behind the lens, there’s no doubt about that.