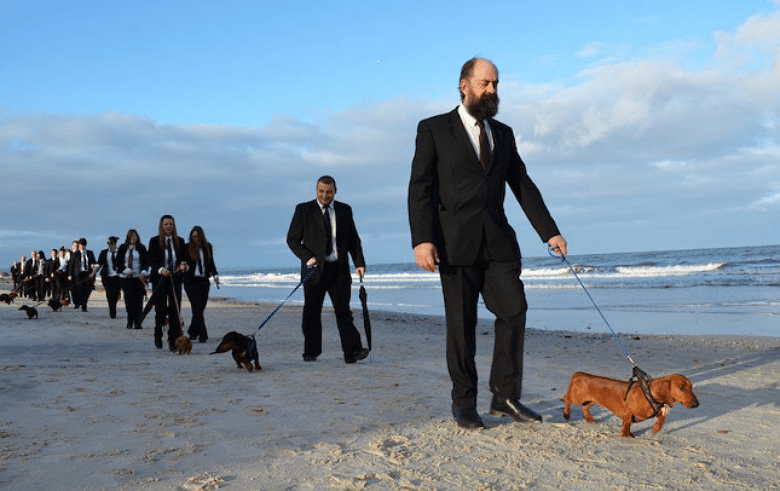 To Australian artist Andrew Baines, not all dogs are created equal. There are the big breeds that bulldoze over the small guys at parks, not taking into account their massive size, while the trendy pocket-sized breeds live a celebrity lifestyle others do not. And then there is the dachshunds — the outcasts of the dog-world society.

“I’d always noticed sausage dogs trying desperately to run at the front of the packs, they have a very determined character,” Baines tells This Dog’s Life. “At times they would be knocked over by the bigger breeds and left floundering. I realised they were a doggy minority.”

To help these pups stand on even ground in terms of taking on the world, Baines, a surrealist, did a photo shoot called “Short Legged Dogs Unite,” to not only let these dogs get the attention they deserve, but also, according to Baines, be “a metaphor for the inclusiveness of minorities in society.”

Related: A Nearly Blind Dachshund and His Guide Dog Get Adopted Together 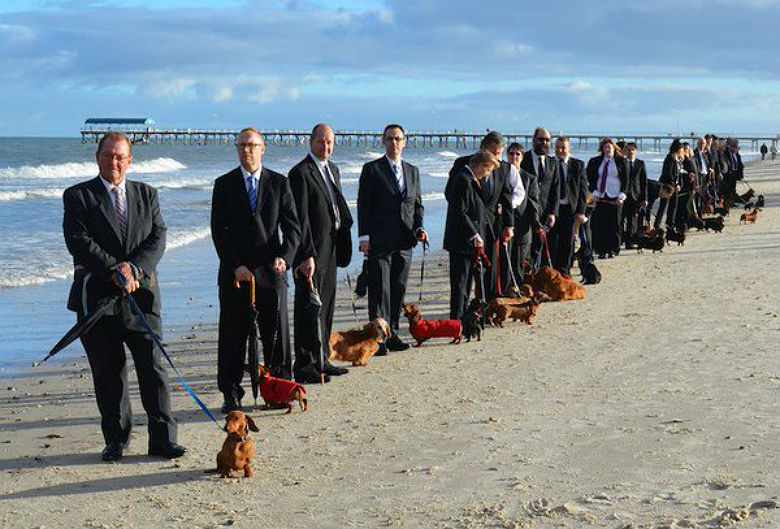 Working with the City of Charles Sturt, a town right on the ocean, and the South Australian Police department, the event took place last week at the local Henley Square. Sausage dogs, along with their owners – all dressed in suites to symbolize escapism and work-life balance in the corporate world – marched through the square and along the ocean, where they photographed.

Related: How a Couple Created a Mini Retail Empire Around Wiener Dogs 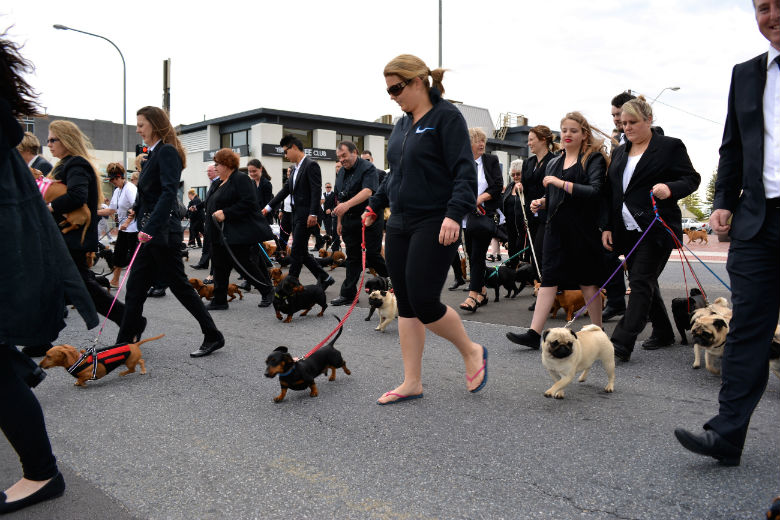 Towards the end of the event, Baines opened it up for other shorties to attend – including pugs, corgis and basset hounds. Some famous dogs that marched include Hansel & Gretel, the Von Trap sisters, Sausage and Sizzle, along with a sick basset named Ava, who was put in a dog stroller so she, too, would feel included.  About 100 dogs participated. 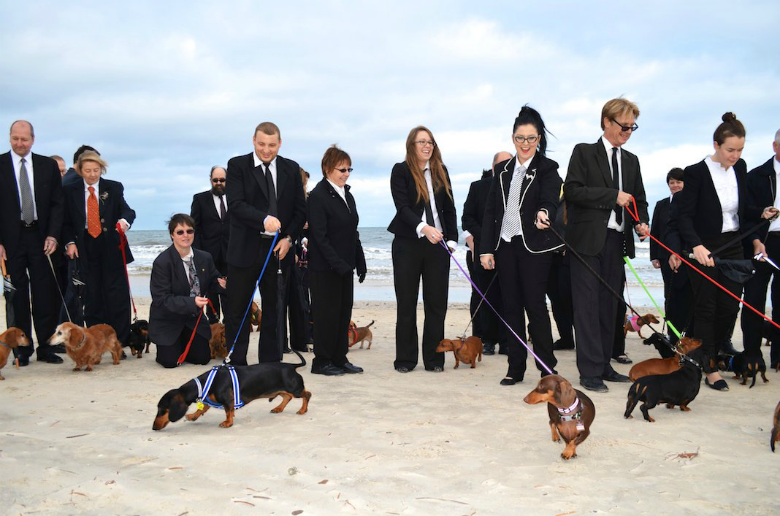 This sort of approach is on par for Baines, as he often incorporates a social message into his paintings and photo shoots. For instance, a few years ago he teamed up with the dairy industry to release a herd of cows in the ocean, to symbolize their “servile existence.”