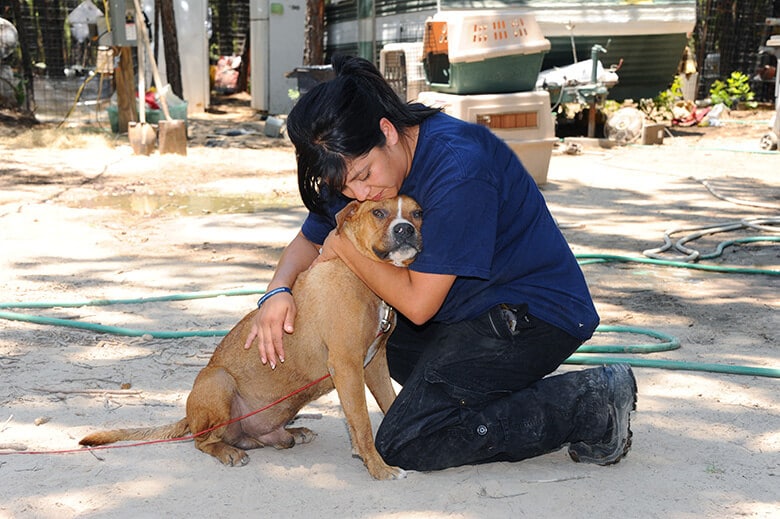 Time was just about up for 114 dogs that were abandoned on an 18-acre property in southeast Texas when the case landed in certified animal cruelty investigator Monica Ailey’s lap. The small, rural county had a yearly budget of only $1,000 for animal control, and most of it had been used to save two emaciated horses found on the same property. There were no local shelters, no animal control officer and no other resources.

The police officers on site were horrified at the condition of the dogs, but they didn’t have the money to handle the necessary vet care, or even to buy supplies and food. “If they just walked away and left those animals there, they would also be culpable for their suffering,” Ailey recalls. “Their only option was to shoot them.”

Related: What to Do (and Not Do) When You See Animal Cruelty or Neglect

But the dogs were in luck because someone had notified Monica Ailey about the situation. She contacted the authorities and told them she had a better idea. The next day, she arrived with her team to assess the property. Dogs were missing hair, their skin encrusted with mange and they were literally being drained of blood by the worst flea infestation Ailey had ever seen. Within minutes, the team was covered in flea bites. The dogs were dying in front of them. Ailey realized, “This small community had zero positive options for this group of animals.” 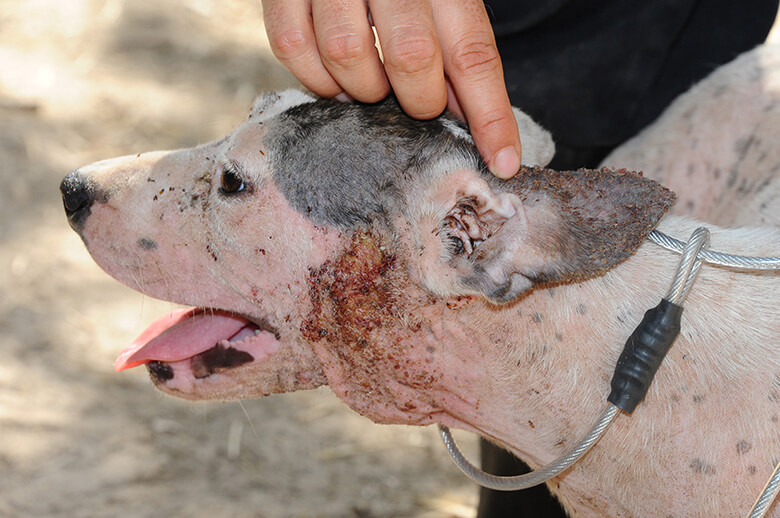 Unfortunately, this was just a typical day in the life of an animal cruelty investigator.

An Inside Look at an Animal Cruelty Investigator

After working for other local and national organizations, Ailey founded Animal Investigation and Response (AIR) in 2015. Its mission is to assist law enforcement, animal control agencies and communities with animal abuse issues and connect them with strategies and resources.

“We typically do cases with larger numbers of animals like puppy mills, hoarding, dog fighting, cockfighting, and disaster response,” says Ailey. “Anything that affects large numbers of animals and exceeds the capacity of the community’s resources.”

AIR works to educate communities about the current animal welfare laws, assist law enforcement in building cases against abusers, provide volunteers and run emergency sheltering while animals are in custody, as well as working with placement partners to get the animals into safe, reputable rescue organizations. 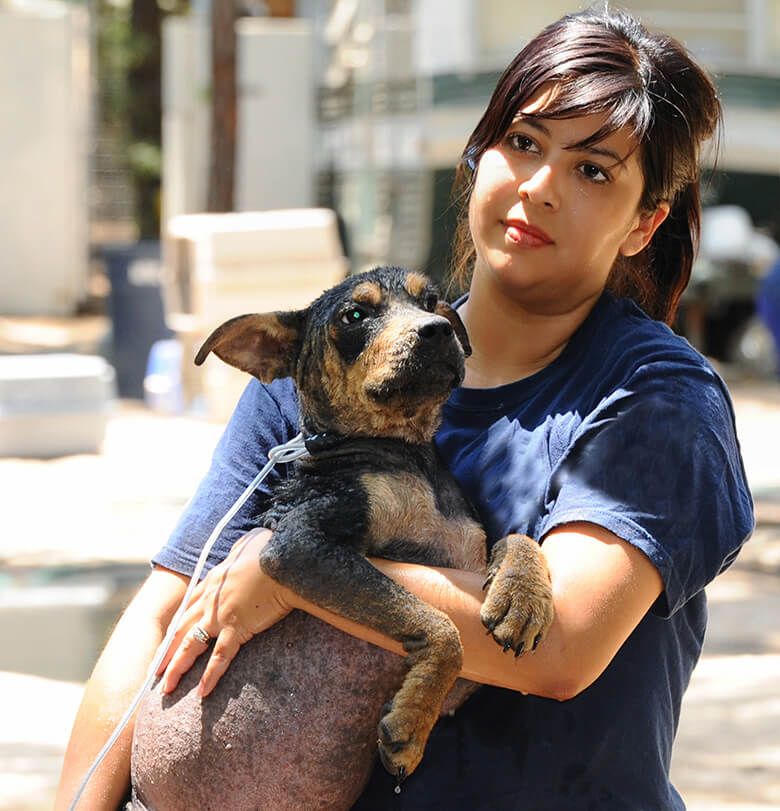 The organization also has certified emergency responders to deal with natural disaster relief. They may provide communities with resources, manpower, equipment to staff emergency shelter and veterinary support, along with networking assistance to reunite displaced animals with their families. AIR services are offered at no cost to the requesting agency.

While Ailey’s job runs the gamut, it has its limitation. For one, she doesn’t have any authority, making it imperative to build relationships with law enforcement, animal control officers and animal organizations across the state. It’s up to law enforcement to act in any case of animal abuse or neglect that Ailey brings them.

The hoarding case in southeast Texas drove home the need to work with law enforcement. Ailey realized that the officers were doing the best they could, but, “They’re not trained for animal issues. They’re trained for human issues,” she says.

Animal cruelty investigation is still a relatively new field, and sometimes police officers have no resources — or experience — with these types of cases.

Rescue and (a Little Bit of) Justice

In most cruelty and neglect cases, by the time someone sees it, figures out who to call and reports it, the animals have been suffering for some time. Almost always, they’re in very bad shape. Back at the abandoned Texas property, the team would have to work fast if they didn’t want to lose any more dogs. 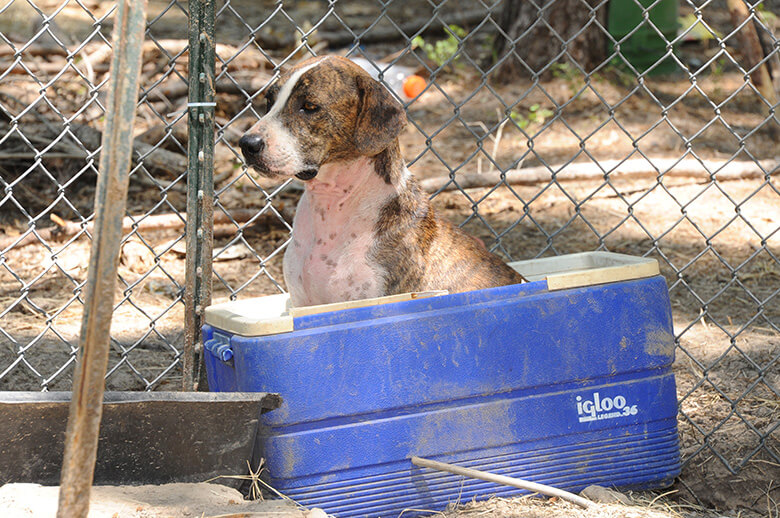 When they arrived, there were several dogs in the process of dying due to the severe flea infestation. “It was a Sunday afternoon in the middle of nowhere,” says Ailey. “The only thing we could do is find a vet that would come to humanely euthanize them so they didn’t suffer. That was rough. Decisions like that can take a toll.”

Under the hot sun, amidst the stink and the flies, Ailey’s team began to round up the dogs they could save, so they could treat them. “As we did that, we tried to get some sort of control over the flea situation but found that it was beyond anything we could do in time to ensure the safety of the animals,” she says. It was clear that they had to move the animals off the property to a more stable environment. They needed a new plan — and fast.

In communities without an animal shelter, Ailey has set up temporary shelters in fairgrounds, warehouses and even parking lots. Ailey had the dogs transferred to a temporary holding facility that had open space where they could be seen by a veterinarian and the team could get them ready for placement with their rescue partners.

Justice was not so straightforward. By the time the prosecution got the case, the owner of the ranch had moved to another county. The authorities contacted the defendant with an offer, and she accepted: she is not allowed to acquire any more animals for 5 years, and she had to sign over ownership of the animals she left behind —and the ones she took with her. If she complied, she would not be charged. (For information about animal abuse laws, go here and here.)

Anyone who’s involved in animal rescue in any capacity knows how heartbreaking it can be. But there’s also a reward: rehabilitating innocent animals. 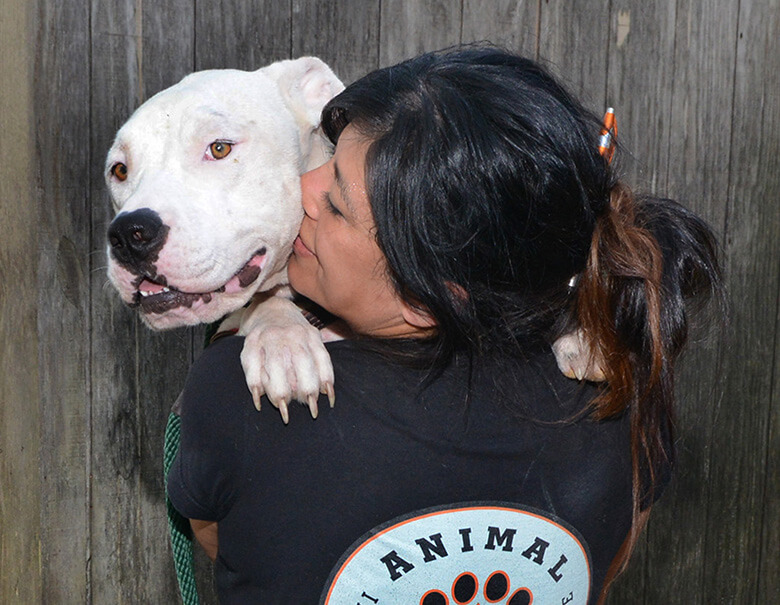 “You look in their eyes, and there’s no light,” says Ailey of rescuing neglected and abused dogs. “They’re completely shut down. They don’t have the interaction that they need, so they just give up. They shut down, and they just exist.”

But over time, Ailey says, while her team is caring for them, the dogs slowly start paying attention to them. They raise their head when a caretaker comes by and gives them a treat. The dogs start to allow humans to touch them.

“Eventually, the dogs start relating positive things with our presence to the point where you walk in, and they’re wagging their tails and greeting us at the front of their cages,” she says. “Then we start seeing that light in their eyes, that life that they have in them that they probably forgot about. That’s the reward. That makes it all worth it.”

Related: Owner Traumatized After Discovering Her Dog Was Abused and Dumped in Desert