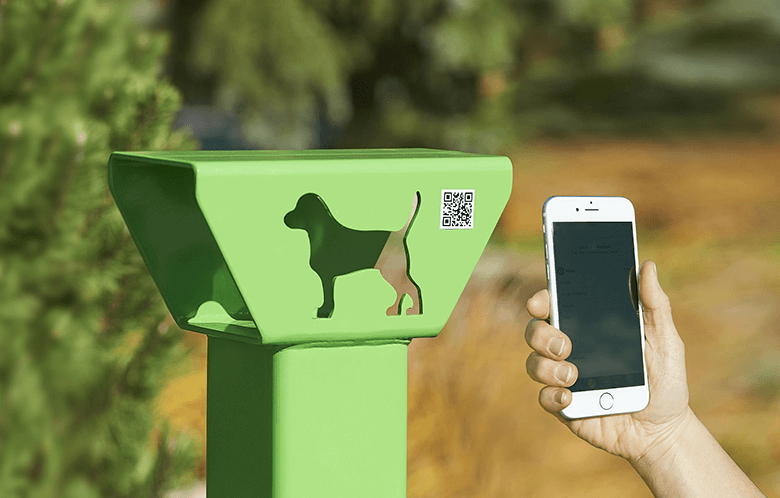 One city is turning a crappy situation into something good.

Waterloo, Canada is hosting a pilot program in which it will convert dog poop into energy and fertilizer.

Called the “Poop Power” initiative by the city’s mayor, Dave Jaworsky, it is expected to help clean up a huge poop problem.

Related: From Purple to Speckled Poop: What Your Dog’s Poo Says About His Health

The idea to convert poop to fertilizer came after a local businessman approached Jaworsky with the solution – which isn’t as difficult as it sounds.

Contracted out to Sutera, a waste-containment company, owners just need to put their bags of poop in one of the three receptacles currently in the city. (If the program is a success, there will be more added). The containers are actually wells that go six feet below the ground, to help keep the poop cool, and not smelly.

Once the bin is full, a company comes, vacuums out the poop, and brings it to a facility where it is treated. The dog poop is mixed with other livestock manure and organic ingredients over a 30- to 90-day period in an oxygen-free environment. During the process, the bacteria in the poop and other matter release bio-gases, which is collected and used to run generators.

Related: The Scientific Reasons Behind Why Your Dog Eats His Poop

The leftover dog poop will be used as a fertilizer.

The mayor believes that each container will produce enough electricity to power 26 homes a year.

Dog poop has been used in other creative ways, including a Cambridge, Massachusetts park powering its lamps with dog poop. We also wrote about a company creating a product for owners to convert their dog’s poop to electricity to help power small gadgets, devices and appliances around their home.

The program is set to launch in the coming weeks.