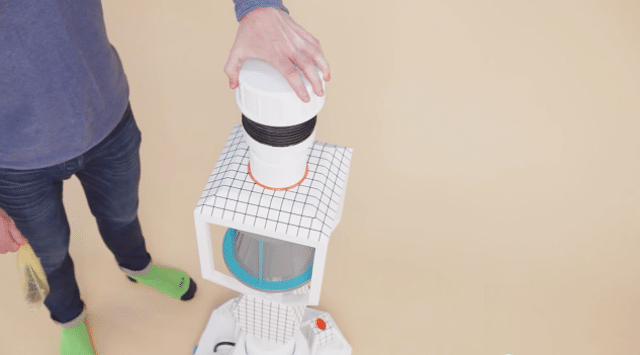 No dog owner likes it, but we all must do it: clean up our dog’s poop. One company is looking to make this unpleasant deed into one that is green.

Poo Poo Power turns your dog’s number two into electricity that can power small gadgets, devices and appliances around your home.

Currently, in the very early stages of design, Poo Poo Power works by having owners place their biodegradable bag with dog poop in a contraption that over the course of 48 hours creates methane, which can be turned into power, according to Fast Company. This electricity is then stored in detachable batteries and can be used to power things around the house.

Pretty neat idea, especially if you have a big dog that has a lot of poop to clean up.

“For a beagle, it creates between 250 and 340 grams of feces per day. This allows you to run a fan for two hours. For a German dog, it’s twice as much. It could almost run your fridge,” the designer,  Océane Izard, a student studying at Geneva School of Art and Design, told the outlet. In theory, it would take six or seven dog’s to power a home for every person that resided in it. 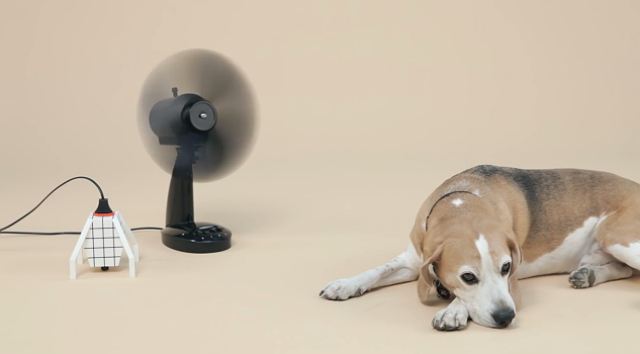 This innovation could help clean up a messy situation. According to the outlet, it has been reported that in Paris there is approximately 12 tons of dog poop on city streets every single day. The U.S. sees about 10 million tons of dog poop, with most going to landfills. This is harmful to the environment, as the methane emitted from dog waste is a powerful greenhouse gas.

Plus, as of recent, “biodegradable” dog bags have come under fire by the Federal Trade Commission for misleading the public with false advertising. The FTC sent out letters to 20 companies stating claims made about biodegradability or compostability are potentially deceptive.

Related: Those Biodegradable Dog Poop Bags May Not Be as ‘Green’ as You Think

The reason being is that everyday consumers perceive these claims incorrectly. They think by throwing away these bags, they will breakdown into “natural componenets” within a year after being tossed. This just isn’t true. The bags don’t break down in that time frame, if ever.

The other option for consumers is to put these bags in a compost pile, but the issue with that is the bags will not safely breakdown in at-home compost piles and commercial or municipal facilities often don’t accept these bags, according to a release by the FTC.

Poo Poo Power may just be the solution needed to make stepping in dog poop a thing of the past.

Here is a little video if you want to see it in action: