PRESS ESC TO CLOSE
Dog Parents > Life With Your Dog > The Correct Way to Safely Break Up a Dog Fight, According to an Expert

Sometimes, dogs fight — and it can be terrifying. Even a dog who doesn’t appear to have an aggressive bone in her body can suddenly attack or be attacked. And when dogs fight, they can severely injure each other. A dog fight can even result in death.

It’s a natural reaction to start yelling. When that doesn’t work, the instinct is to physically attempt to put your own body between the two dogs in an attempt to rescue your baby. Unfortunately, these attempts to break up a dog fight are rarely effective — they can even be dangerous. That’s because yelling at the top of your lungs only makes the dogs even more excited and increases their anxiety and stress greatly. This will then escalate the fight. And putting your own body into the mix may end with a trip to the hospital.

We asked Jessica Gore, a certified professional dog trainer and owner of Competent Pup about the dos and don’ts of dealing with dog fights.

Why Do Dogs Suddenly Attack Other Dogs?

Even the most sweet, snuggly fluff can suddenly display aggression towards another dog. “Miscommunication happens all the time, and each individual has their own learning and socialization history, which exists on a spectrum,” says Gore.

The bottom line is that just like humans, dogs are individuals, and not every dog is going to get along with every other dog. However, there are other specific factors that may result in dogs fighting, says Gore. These include:

How to Stop a Dog Fight Before It Happens

The best way to break up a dog fight is to stop it before it happens. “Being the manager of your pet’s relationships and becoming familiar with the stressed and fearful body language of dogs is the best way to stay proactive,” says Gore.

Dog fights can happen anywhere, but when your dog is around other pups, the chances are elevated. Places like dog parks, regular parks, play dates and social events that include dogs increase the potential for dogs to fight.

However, there is no such thing as an “indoor dog.” And since we (should) walk our dogs out in the world, it helps to know how to defuse energy and keep play from turning into aggression.

She recommends keeping playtime “short and sweet” if you aren’t confident. It’s also essential that you learn the body language a dog will exhibit when their stress starts to rise. If your dog is uncomfortable or fearful around other dogs, avoid areas where dogs gather like dog parks and daycare.

How Can You Safely Break Up a Dog Fight?

“Physically breaking up a dog fight is a dangerous last resort and multiple handlers may be required to do it safely,” says Gore.

She recommends first trying to separate them by spraying them with a water hose. You can also try making a very loud sound by banging two metal objects together that will surprise them and not encourage them (like screaming).

If that doesn’t work, says Gore, try using “a portable barrier like a board or a baby gate to drive between the dogs as separate handlers clasp and pull the dogs up and apart from the rear hindquarters.” You can also try throwing a towel or blanket over their eyes or spraying citronella at them.

If you don’t have anything to use as a barrier, one of the most effective techniques is known as the “wheelbarrow method.” It works best with two people behind each dog. Each person grabs the hind legs of the dogs, lifts them off the ground, and walks backward with the dog to pull them apart. If you’re alone, lift the rear of the dog who is clearly the aggressor and walk backward. This will usually make that dog let go of the other dog, who can then get away.

Do not grab their collars. Do not put your own body between them. Do not grab the dog’s tail and try to pull him away from the fight. All these actions will most likely cause the dogs to turn their aggression on you. The most important thing to remember is whatever you do, try to keep your hands, face and any other body part away from the dogs’ mouths — and do your best to remain calm.

Related: The 8 Telltale Signs Your Dog Has ‘Small Dog Syndrome’ 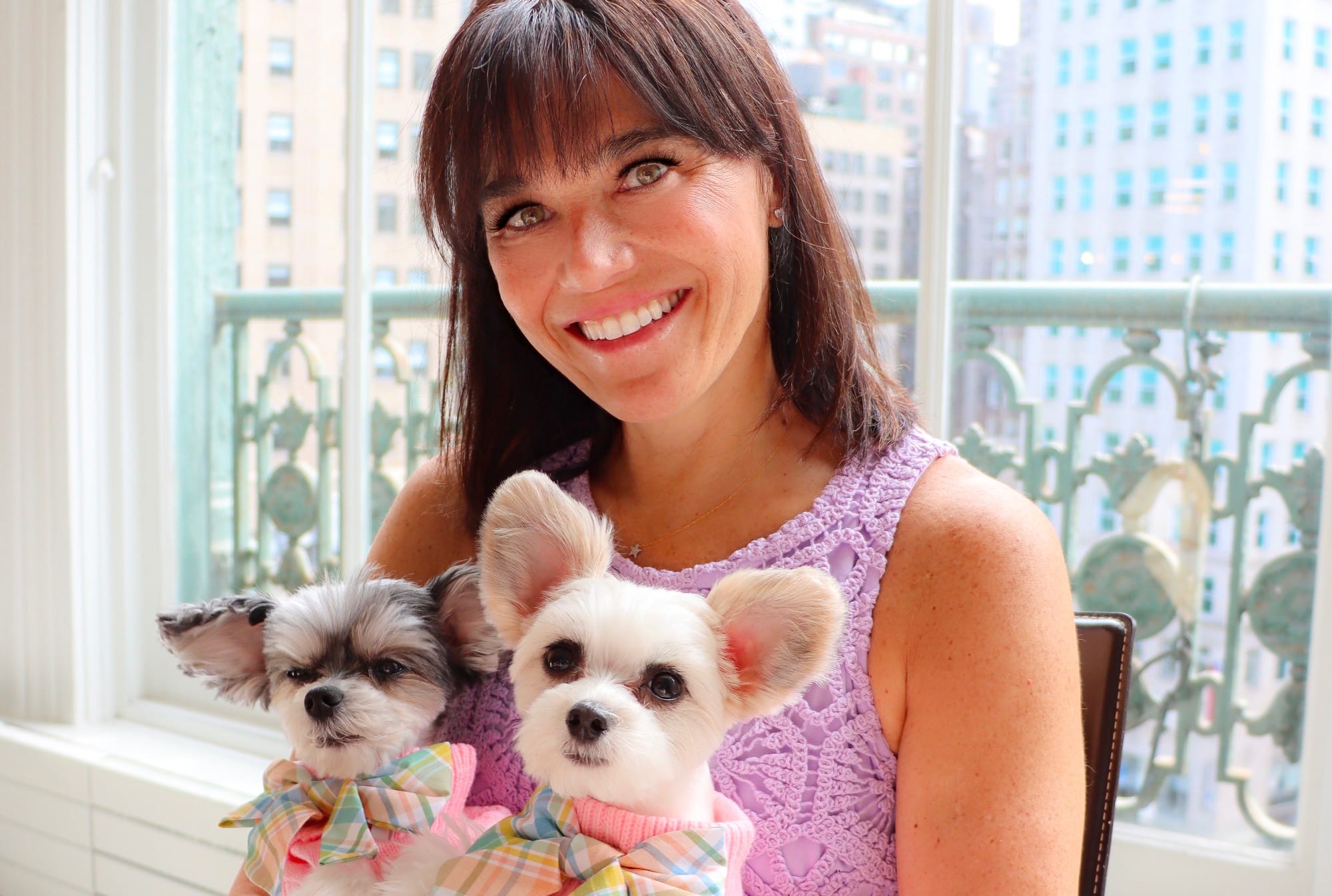