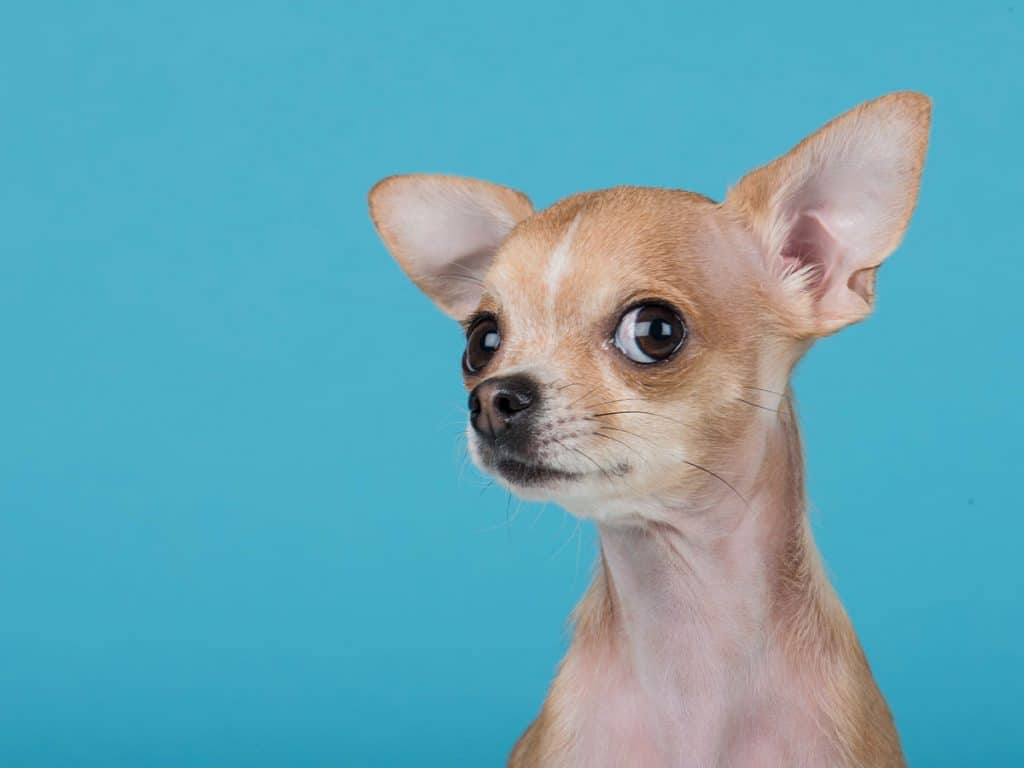 “Picture a stereotypical Chihuahua walking down the street with its owner,” says Steffi Trott, trainer at SpiritDog Training. “The dog is probably pulling on the leash, snarling at every dog, and sometimes every person, he sees.” If that same dog has other problem behaviors, chances are you are looking at a dog with so-called “small dog syndrome.”

Small dog syndrome can be learned behavior; it is not inherent to small breeds. And it isn’t actually a syndrome, but rather stereotypical behaviors that we see in scared, easily upset small dogs. While some small dogs may share some of the behaviors, like barking at other dogs when on a leash, there is a difference between behavior that is fear-based and bad behavior that is a learned response.

These behaviors are so common because owners don’t deal with them or owners use punishment to deal with them, which often backfires by making the dog more fearful,” says Kayla Fratt, the CEO of Journey Dog Training. Also, Fratt notes, small dogs are more easily scared or hurt, so they act out more to try to get space and protect themselves. She adds that small dogs are often under-socialized and not given enough choice. “They feel trapped, they’re small and the only way to get space from scary stuff is getting loud!” Fratt says.

Let’s look at the kind of behaviors small dogs display that could mean the dog has small dog syndrome. What differentiates these behaviors from a dog that is simply responding to their fear or anxiety lies in the way their human responds.

Related: Here Are 10 Small Dog Breeds That Don’t Shed or Make You Sneeze

Barking at other dogs. The dog barks, lunges or growls at any other dog passing by on the street, regardless of size. It often indicates a small dog who is feeling anxious and insecure because the dog hasn’t been properly socialized.

Constantly barking. Small dogs that bark at everything all the time are dogs with a problem. “They bark to an extreme extent and in every situation, whether that’s seeing other dogs, being excited about their owner coming home or demanding treats and attention,” says Trott.

Growling at other dogs. The small dog is constantly snarling at other dogs, which some owners may perceive as being bossy, but that is not the case, says Fratt. Rather, it is because she is scared and wants them to back off. She chases other dogs away from toys, food and water bowls or you; if you’re sitting on the couch, and she growls at another dog who is trying to say hello to you, that could be a sign.

Jumping on people. The small dog is constantly jumping on you or other people trying to get attention, says Trott.

Begging for food. The small dog is constantly begging for food whenever you try to eat. While many dogs will beg for food, a dog with small dog syndrome will be particularly persistent. Nothing their human says or does works to discourage them.

Disregard for any rules. A small dog with this syndrome does whatever he wants, whenever he wants it, regardless of household rules. This could manifest as a dog who refuses to be housetrained, or a dog that will not listen when he’s told to get off the coffee table.

Guarding of their humans. Small dogs may have strong resource guarding issues, says Trott. “This might apply to the owner in form of growling when someone approaches their human, or not allowing other dogs to sit on the owner’s lap or be petted, or snapping at people in their vicinity,” says Trott.

Protecting toys and food. A dog with this syndrome does not like others to approach their food and toys,” says Trott. “The dog might react with lunging and biting when they think that the bone they are chewing or the toy they are playing with will be taken away.”

Take a look at the symptoms above, and imagine a large breed dog, say a Doberman or a Rottweiler, lunging at other dogs they pass on their walks. It wouldn’t be considered “cute,” and it wouldn’t be tolerated.

Sometimes, small dogs aren’t treated like other dogs. Their person may tend to carry them everywhere. They may be kept away from other dogs or situations, which creates a dog who lacks socialization.

If a small dog is allowed to act badly under the assumption that the behavior is cute or more acceptable than in a large breed, then it sets up a situation where the small dog fails to learn polite behavior.

Related: We Love These 7 Carriers for Small Dogs

“It is important for owners to realize that their own behavior often enables the dog to carry on with its bad manners,” says Trott. “They need to change the way they interact with the dog, and treat it like a medium- or large-sized dog, and not a tiny accessory.”

This human behavior is frequently reinforced in the media. We see celebrities carrying their Chihuahua everywhere, as if the dog is a fashion statement. These dogs are frequently dressed to the nines, which in itself isn’t a problem; it’s only when humans dress their dogs as if they’re dressing a doll that it indicates a problem — and that problem is on the human end of the leash.

How to Help a Dog with Small Dog Syndrome

It may help humans who treat their small dogs differently to pretend that their eight-pound Pomeranian is really a 80-pound Akita.

“Small dogs need obedience training and reinforcement of good manners just like a German Shepherd or Labrador,” says Trott. “Owners need to start asking the dog for good behaviors and rewarding such.”

She suggests having the dog sit for treats, waiting before going out the door, or teaching him to walk on leash without pulling. A small dog should be taught not to bark at other dogs, too.

This isn’t easy because some of this barking is fear-based. It helps to take high-value treats with you when you walk the dog. Be your dog’s watch dog: spot anything in the distance that your dog usually barks at. It could be another dog, or a person or a skateboard.

And do not give him the treat if he barks.

Small dogs develop small dog syndrome when they are rewarded for bad behavior — and that includes failing to correct the dog. If a large breed dog lunged at another dog, most likely the owner would issue a sharp “no!” and pull their dog away, or put their dog in a sit. Do the same for a small dog.

She suggests enrolling the dog in an obedience class and teaching him to focus and work with his handler as a team. Training should always be based on positive reinforcement. Never hit a dog; that will only create a fearful dog and worse problems.

Fratt suggests another method: Smart x 50. Rather than control your dog’s actions and only reward based on what you want and when you want it (or scold when misbehaves), this method is based on your dog initiating good behavior. She recommends selecting a behavior you’d like to see — perhaps it is looking at you during a walk. Then, ration out 50 kibbles and have them on hand. When your dog does the behavior on his own, reward with kibble. Repeat the process over and over again.

The bottom line — even if that line is very close to the ground? To avoid “small dog syndrome,” stop treating your small dog like a toy. 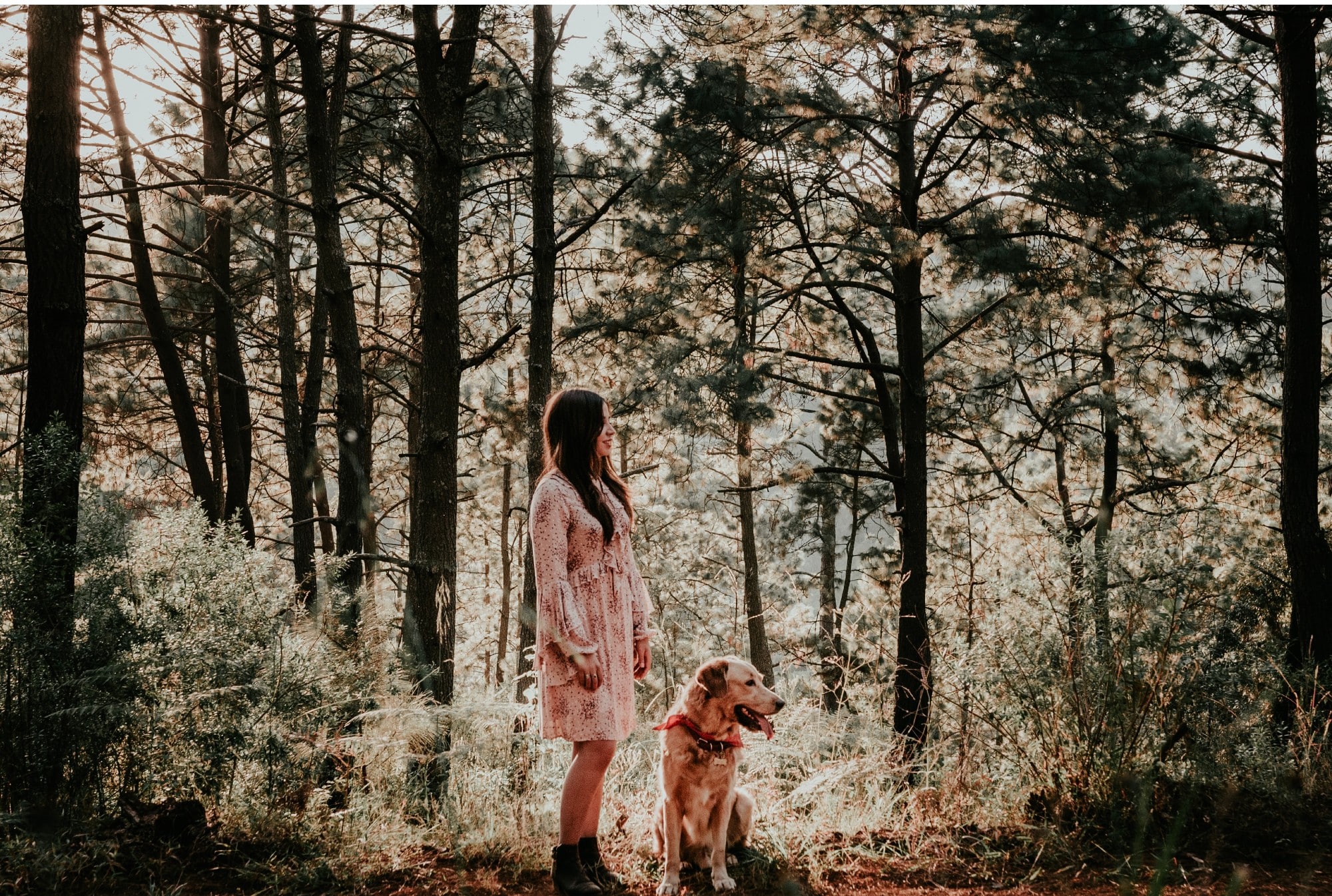