Could Your Dog’s Aggressive Behavior Be a Sign of an Underlying Medical Problem?

We’ve read the stories. All of a sudden, a family dog bites. No one saw it coming. Everyone says what a great dog he was, how he loved the kids — until he didn’t. Unfortunately, this situation often involves a rush to judgement, and the dog is destroyed. But maybe the family Fido wasn’t a bad dog at all. Maybe he was sick.

“We know that there’s a number of things that owners may misinterpret,” says Dr. Christopher Pachel, an accomplished board-certified veterinary behaviorist, popular lecturer on animal behavior and owner of the Animal Behavior Clinic in Portland, Oregon. “Some things owners have observed in their dogs may be misinterpreted as behavioral when they’re in fact medical, or they may assume they’re medical when they’re in fact behavioral.”

Aggression is one of those observations frequently misidentified as behavior. Certainly, there are times when a dog has tried to communicate — unsuccessfully — that he’s not happy when the 5-year-old throws her arms around his neck and squeezes. Until he bites her. But even then, so many people are unaware that dogs generally don’t like being hugged around the neck, so the dog is either rehomed, dumped in a shelter or “put down.”

Related: What It’s Really Like Inside Your Dog’s Head

And sometimes, it isn’t a reaction to anything the dog’s family is doing. It’s a health problem. “From a medical standpoint,” says Dr. Pachel, “aggression can happen because of pain. Anything that affects that animal’s overall sense of comfort or well-being may affect the threshold at which that dog might be triggered to react.”

For example, says Dr. Pachel, it could be muscular skeletal issues or arthritis issues. Or a dog who has developed an ear infection, and even though someone pats that dog on the head in a very friendly way, the dog snaps and bites defensively because that contact resulted in pain that the animal wasn’t expecting.

Or it could be trauma. “I don’t necessarily mean being hit by a car,” he says. “It could be a weekend warrior trauma where this is a dog who has gotten accustomed to hanging out on the couch for weeks at a time, and then we took the dog out and threw the Frisbee for six hours.” That dog is experiencing soft tissue trauma in the name of a weekend of fun, says Dr. Pachel, and is now more defensive with certain types of handling.

Basically, anything that affects your dog’s overall sense of comfort or well-being may lower the threshold of when that dog might be triggered to react and more likely to do something that he wouldn’t ordinarily do. The trick, says Dr. Pachel, is to figure out whether the issue is medical —or not. “Part of it is having a good understanding of the context of the scenario because even if the person’s intentions were friendly, if they interact in a way that the dog perceives as threatening, that may be enough to elicit a reaction.”

A misinterpretation of your dog’s behavior can extend to other issues, says Dr. Pachel. “The way that I typically look at this is what were some of the patterns of behavior that owners might see?” For example, is there an increase or decrease in their appetite or a change in elimination patterns such as an uncharacteristic onset of house soiling issues? Are there increases or decreases in activity level or a change in social behavior? Is there a change in oral behavior, such as licking, or has your dog been eating things he wouldn’t normally consume?

If your dog suddenly loses her appetite (turning down a Big Mac is a sure sign of something wrong!), the cause could be problems with the gastrointestinal tract or dental pain. It could be jaw pain, gastroesophageal reflux, pancreatitis, stomach or small intestinal inflammation that makes eating uncomfortable. It could be kidney disease, cancers or other metabolic issues that can dramatically impact the appetite.

Related: 4 Ways to Get Your Hyperactive, Crazy Dog to Calm Down

Unfortunately, what many dog owners report to their trainer or veterinarian is usually their interpretation, says Dr. Pachel, rather than observation. “So rather than saying, ‘My dog is doing this,’ they say, ‘I think my dog is in pain,’ or ‘I think my dog is stressed.’” And that’s why a good veterinarian (or trainer) is so important. “Whoever is responsible for taking that conversation to the next step must be able to look at that and say, ‘What other questions do we need to ask to determine what is actually happening?’”

To get to the root of the problem, you need to enlist the help of your primary veterinarian and someone who is educated as a trainer to determine whether it’s medical or behavioral. “Their goal is to look at all this information, to ask a couple of more pointed questions and then decide which individual can help,” he says.

Dr. Pachel recommends taking your dog to the veterinarian first. “It’s not necessarily the responsibility of the client to understand what they’re dealing with. Their job is to recognize that something is different and get their dog checked out by a veterinarian to determine if there is an underlying medical issue.”

If your dog checks out as completely healthy, the doctor can then recommend a behavioral consultant, who will take the next steps to identify the underlying causes and work on the behavioral solutions.

Related: Are Chinese Herbs the Next Big Thing in Treating Painful Conditions That Affect Your Dog? 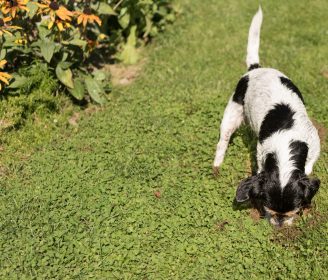 When Pups Eat Dirt and Other Bizarre Things: Dealing With Pica in Dogs 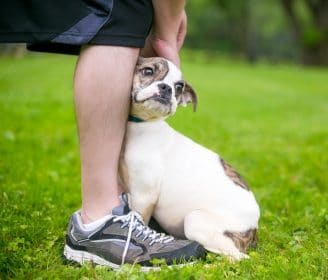 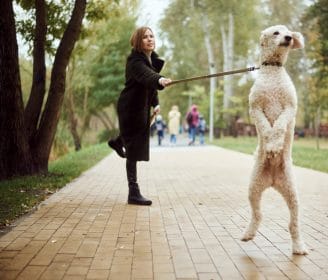 How to Handle Your Dog-Aggressive Canine on Walks 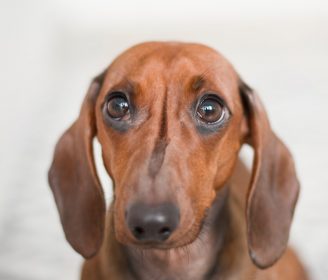 Understanding the Causes of Anxiety in Your Dog 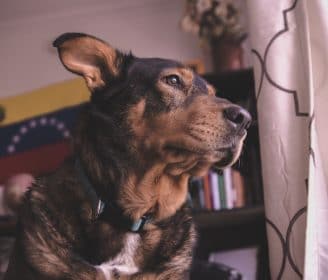 So Hard to Say Goodbye: Separation Anxiety in Dogs

Can Our Dogs Really Get Angry With Us?