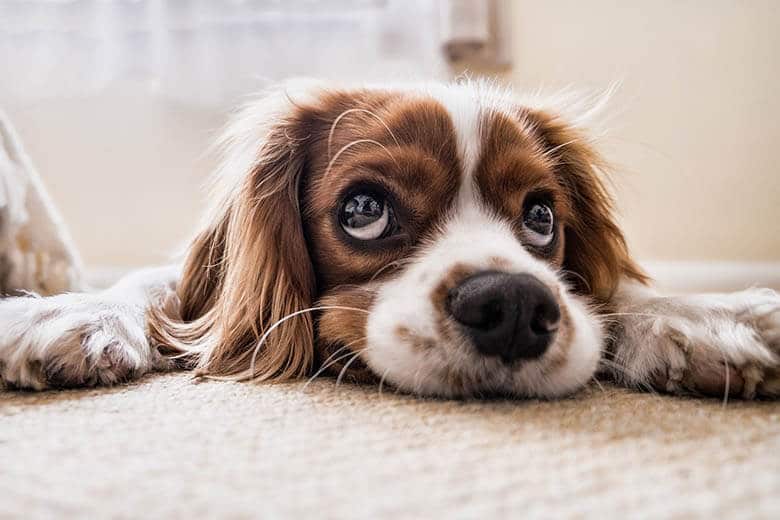 Scientists today are following in the footsteps of Dr. Dolittle by attempting to translate dogs’ facial expressions.

The Dog Cognition Centre at the University of Portsmouth in the UK has concluded that dogs seek to get our attention by making their eyes more attractive to us. In other words, when your furry friend makes those puppy dog eyes at you, he’s really trying to communicate.

“Historically, animal facial expressions have been considered inflexible and involuntary displays of emotional states rather than active attempts to communicate with others,” states the study, which was published on October 19 in Scientific Reports. But the research has found that there really is something going on when your dog looks up at you with a raised brow and wide, sad eyes. Surprisingly, your dog is not seeking treats or table scraps; he’s seeking your attention.

“We found that dogs produce more facial movements when someone is looking at them, then when the same person is oriented away,” psychologist Juliane Kaminski at the Dog Cognition Centre told This Dog’s Life.

Psychologist Juliane Kaminski at the Dog Cognition Centre led the research, studying 24 dogs of different breeds, including 10 mixed breeds with ages varying from 1 to 12 years. They were leashed in a quiet room where a video camera was focused on their faces. A researcher who the dogs had already met stood a little over a foot away.

Related: ‘Friendliness Gene’ Found in Dogs, Could Explain Their Obsession With Humans

Then their facial expressions were analyzed using a system called DogFACS, which is based on the Facial Action Coding System for humans, an anatomical system for describing and categorizing the individual muscle movements in facial expressions.

The researchers observed that the dogs displayed much more facial expressions when the person was facing them. Surprisingly, the display of food was not a factor.

A previous study led by Dr. Kaminski proved that dogs know when we’re paying attention to them — and they will wait until we turn our back, or the room is dark, to steal a slice of your pizza or the rest of your sandwich.

In other words, dogs have developed specialized the skills to understand humans, and those puppy dog eyes are really trying to say something — which shouldn’t be surprising since dogs have lived with us for more than 30,000 years. If you’re wondering how much your dog actually understands, be aware. It’s much more than we (or science) believed. Dogs are better at reading us than chimpanzees.

Related: Shelters’ ‘Live-or-Die’ Test Is Getting Put Under the Microscope