PRESS ESC TO CLOSE
News > On the Bachelorette, The Only One Smelling Roses Is Rachel Lindsay’s Dog 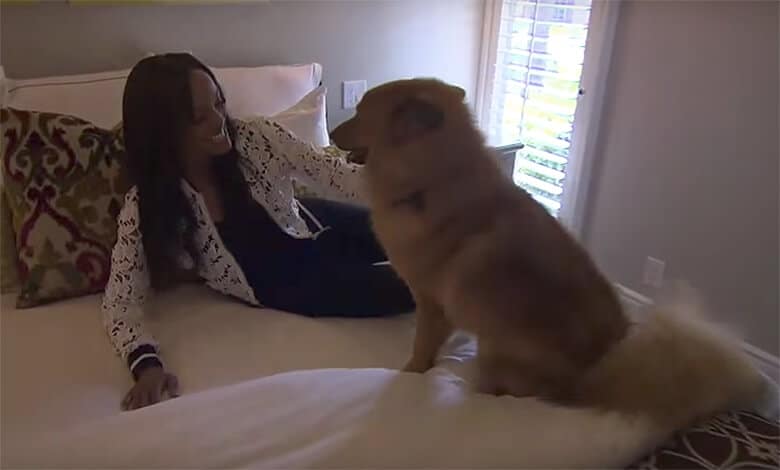 On this season’s Bachelorette, Rachel Lindsay is looking to find her perfect man. But what these guys don’t know is they will have to compete with the current love of her life: her dog  Copper.

Related: Stray Pup and Her Babies Crash Bachelor Party and All Get Adopted

Making his debut in the first episode, the rescue dog wobbled on screen with a little blue cast and won the world over.

“Ladies and gents, I present Copper and his cast – best part of the episode,” one person wrote on Twitter.

Ladies and gents, I present Copper and his cast – best part of the episode #bachelorette #BachelorNation pic.twitter.com/U4WwknUeCQ

Before the premiere was even over, two Twitter accounts were created for the pup: @BachDogCopper and @RachelsDog1 to follow the dog’s journey as his mom looks for true love.

Related: 7 Famous People Tell Us What They Wish They’d Known Before Owning a Dog

While both are torn about how they feel about crazy Lucas Yancey, better known as the Whaboom guy.

I can hear whaboom man from my Bachelorette mansion. Someone please take his megaphone away. I'm trying to sleep #TheBachelorette pic.twitter.com/38PcCmVTQv

The rest of the guys are nice, but at least Lucas speaks my language #Whaboom #TheBachelorette @TheRachLindsay @LucasYancey

As Lindsay is doing press for the show, she did reveal she’s engaged, so it looks like her new fiancé will also have to win over Copper’s heart. To help her choose, the dog was sometimes at the mansion to give men the sniff test, Lindsay told Jimmy Kimmel.

“That’s my dog child,” Lindsay told Kimmel. “And he said whoever’s going to be his newest daddy, if I pick one, he needed to be a part of it.”