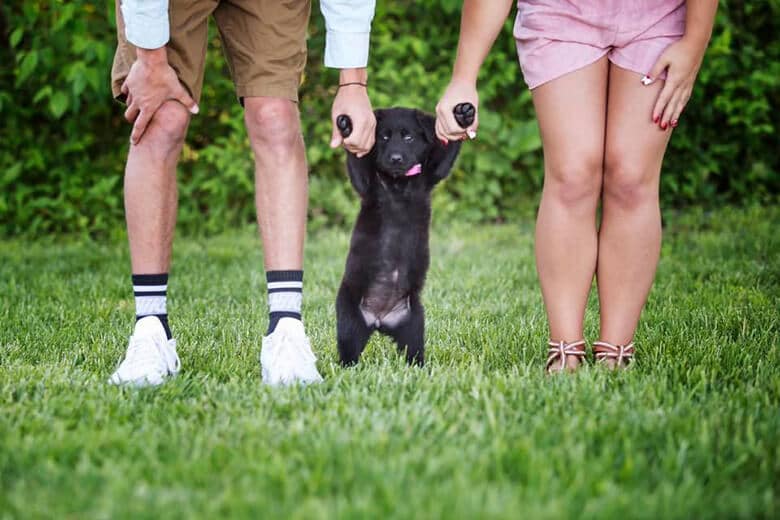 Two new dog owners decided to take a page from expectant parents, and did a sex reveal photo shoot for their puppy.

Kennedy Sartwell and Jake Terry of Warrensburg, Missouri posed for pictures alongside their German shepherd mix to not only announce their first “fur baby,” but also let the world know the pup was a girl named Raven.

The series begins with a box filled with balloons (are they pink or blue?) to announce the arrival, followed by a number of parent-inspired shots. 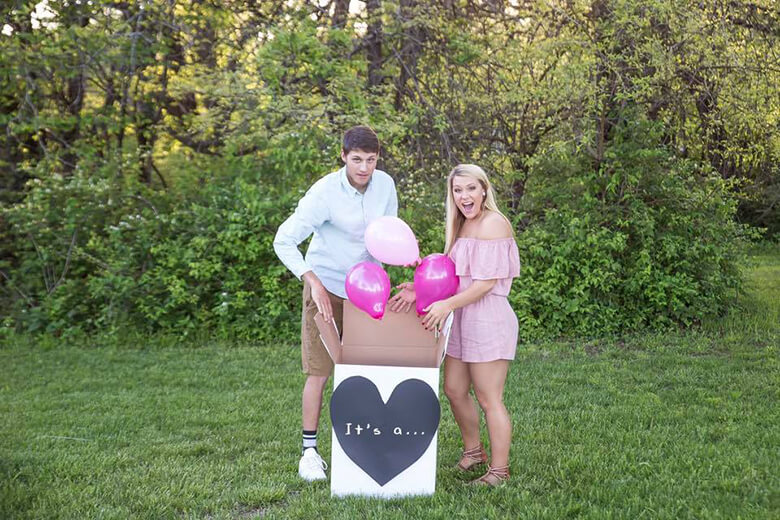 Related: In Official Portrait, Dog Can’t Help But Express His Love for His Handler

In one, Kennedy and Jake are holding up Raven, just like parents do with their toddlers. 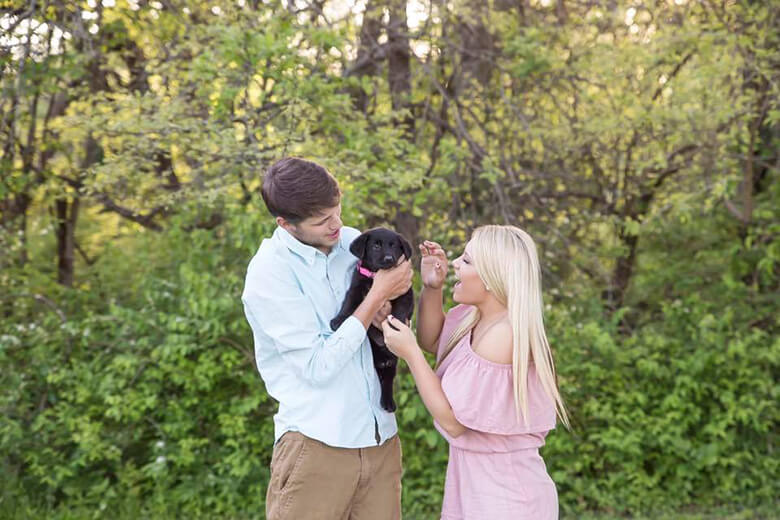 In another, the pup is right between them as they kiss. 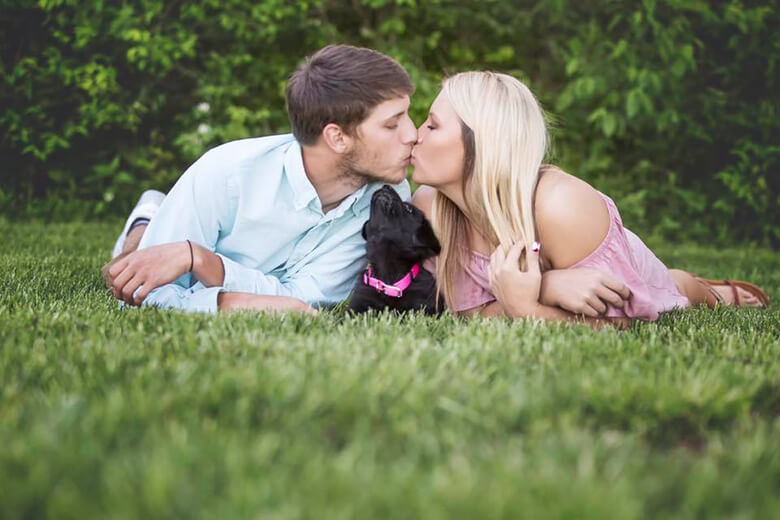 “Raven has a short attention span, so we kind of did what Raven did,” Cristy Sartwell, Kennedy’s mom and the photographer, told This Dog’s Life. 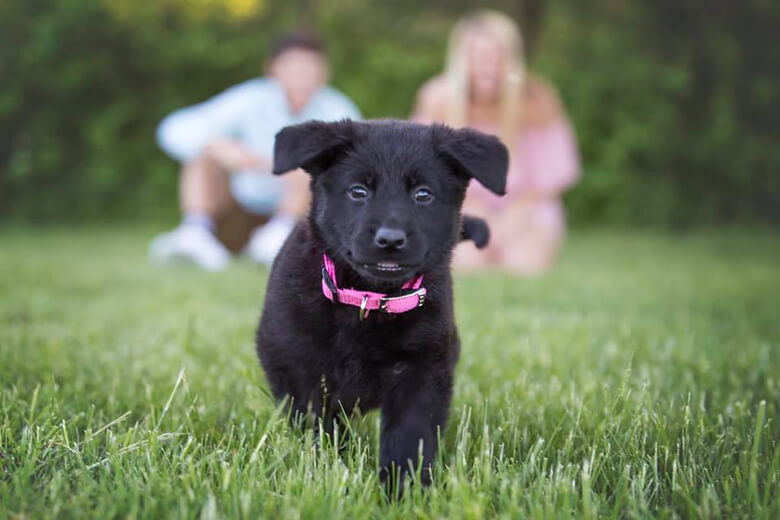 Related: Senior Dog Model Comes Out of Retirement to Strike a Pose for Adorable Greeting Cards

Besides the family photos, they decided to have a little bit more fun and do a newborn photo shoot, too. “She is the most loved dog on the planet,” says Cristy. 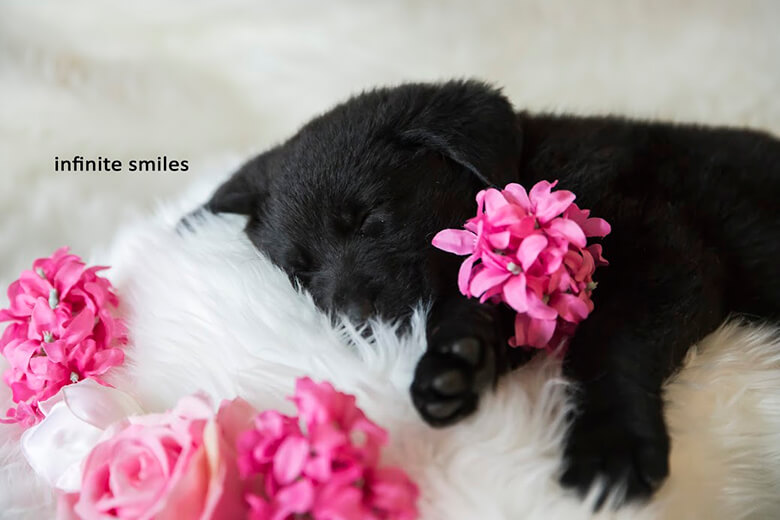 The idea for the photo shoot came after Kennedy finally found the perfect dog to adopt — and was looking to tell the world.

“She has been wanting a puppy for a long time, and she decided she wanted to announce it to her family and friends, because it was her first ‘baby,'” Cristy tells us. “She is absolutely in love with dogs, and she wanted to do something big.” 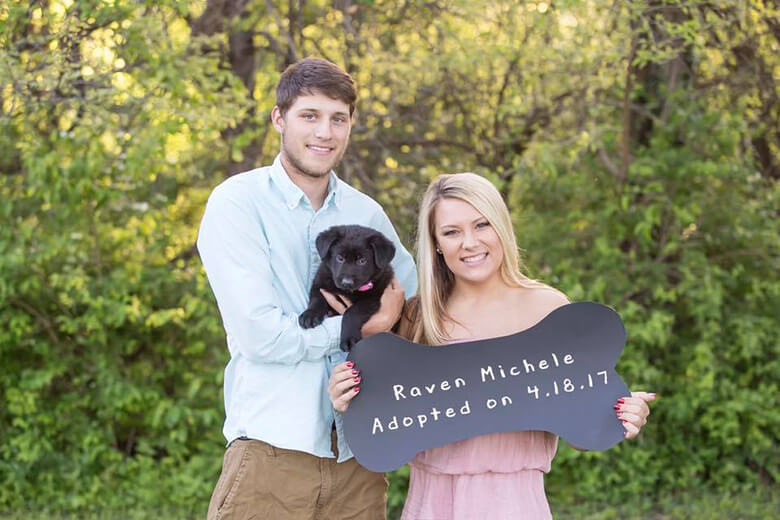 And big it was. Since the photo shoot was posted on Cristy’s Facebook photography page, Infinite Smiles Photography, it has received nearly 160,000 shares and more than 60,000 comments. The dog’s debut on Instagram has helped the pup already gain more than 6,000 fans. “I am a little upset about this,” Cristy jokes, “The dog has a bigger following on Instagram than me.”

There may be more photo shoots in the future for Raven, as the family is considering capturing other milestones. And Cristy wouldn’t be surprised if more dog reveal photos start popping up across the web.

“I love that people are so happy about pets,” she says. “I love that.They are part of our family.”