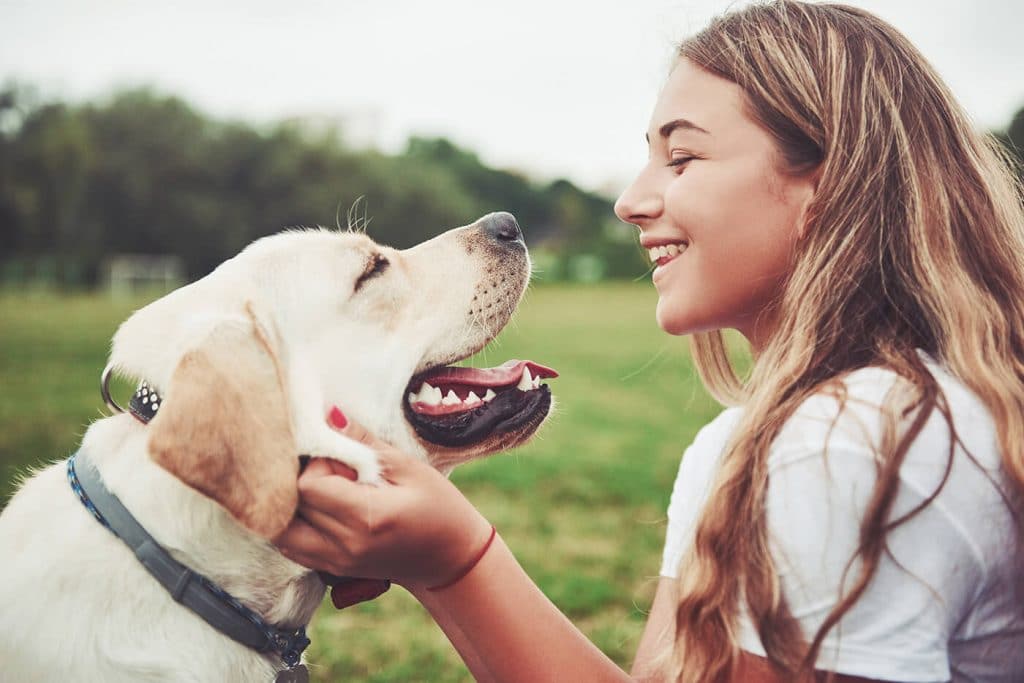 While it’s widely known that having a dog can significantly reduce stress, a new study found that simply petting your pup for just 10 minutes a day can relax you.

Conducted at Washington State University, this research is the first study conducted in a “real life” environment rather than in a laboratory as the scientists used actual students at their college as test subjects.

“I focused on college students because over the last decade, university students have reported increasingly high levels of academic stress, depressive symptomology, anxiety, and suicidal ideation,” says Patricia Pendry, who was part of the team and is an associate professor in WSU’s Department of Human Development, explained about the demographic. The group was ideal as the results of stress are apparent, including increases absences from classes, lowered grades, and a greater tendency to drop out of college.

The 249 students were divided randomly into four groups: Group one had direct contact with dogs and cats for 10 minutes, and they were allowed to pet, play or simply visit the animals during that time period. Group two watched the other students petting the animals while they waited for their turn. Group three only watched a slideshow of the animals interacting with students. Group four was told they were on standby and would see the animals soon; they waited for 10 minutes without using any cell phones, electronic media or reading material.

The study found that petting cats and dogs for merely 10 minutes significantly lowered cortisol levels in the participating college students. They measured cortisol, the body’s stress hormone, through saliva samples.

“This is exciting because high levels of cortisol are thought to play a role in the development of mental health issues, motivation and learning,” says Pendry. “Our results thus show that college-based Animal Visitation Programs may provide effective stress relief.”

She believes the reason that petting animals reduces stress may be because the action increases oxytocin – sometimes called the “cuddle hormone” or “love hormone.” Pendry adds,“However, this is not likely to be the only explanation of program effects.”

The fact that the students perceive cats and dogs as providers of positive social support and effective stress relief in itself may regulate this area of the brain, Pendry says. “Since appraisal of stressors — judging something as more or less stressful or stress releasing — is a key component in the process of coping with stress , the mere belief that animals provide an effective coping source may help relieve negative emotion in response to stress.”

The fact that social interaction between students increases in the area where they visited with the cats and dogs also is a factor in stress reduction. Pendry also notes that the presence of animals positively affects the way people appraise other people. And, of course, there’s the cute factor. “We know from students’ own accounts that they find it enjoyable and plain old fun because animals are cute, furry and like to engage with humans,” she says.

Pendry and the team are currently working on analyzing data from a follow-up study called the PETPALS project, which examines the effects of a four-week long program on college-based, animal-assisted stress prevention programs on human and animal participants. In this study, they will be focusing on the effects of human-animal interaction on specific areas in student life, including their ability to effectively function, motivation and learning, and their mental health symptoms such as anxiety, perceived stress, depression and worry, as well as and stress-related physiology.

The results for both studies show that college-based Animal Visitation Programs may provide effective stress relief.

Related: When You’re Stressed, So Is Your Dog