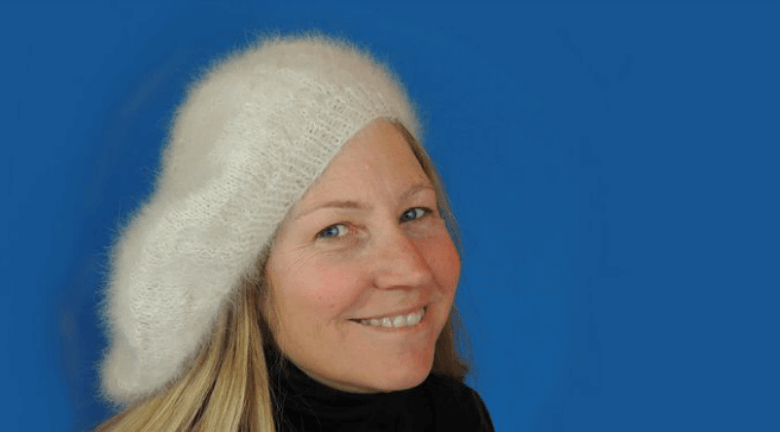 If you live with a dog, you probably deal with clouds of dog hair. What if instead of vacuuming (and vacuuming and vacuuming) you could collect the hair and make clothes from it? Yes, clothes.

That’s just what Jeannie Sanke of Evanston, Illinois did with her company Knit Your Dog.  Descended from knitters and dog lovers, she says it was a natural progression. She’s lived with dogs her whole life, and they’ve all been double coated.

“I’ve been brushing my dogs since I was very small,” she tells This Dog’s Life, “and I was raised by Depression-era parents, so I grew up frugal, and just throwing out all that hair seemed so wasteful.” 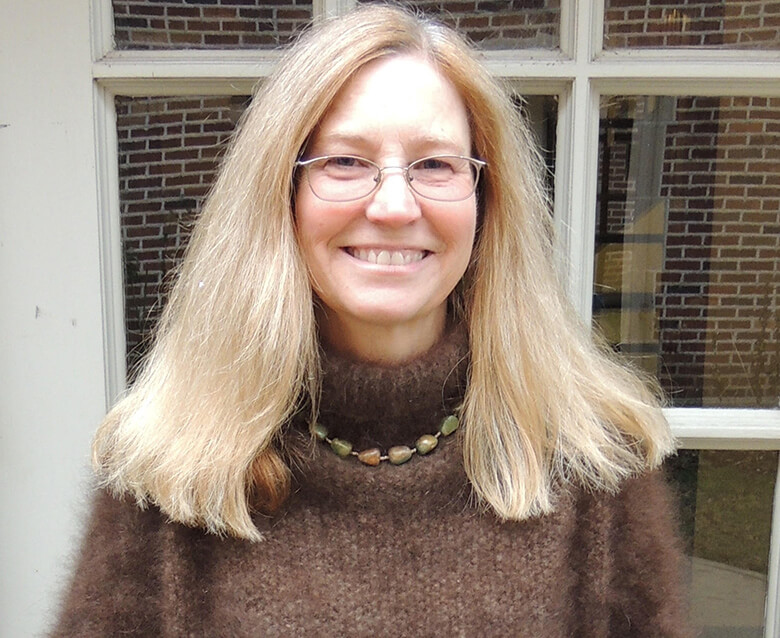 She’s not the first person to knit with dog hair, as Sanke was inspired by other dog knitters.  “Back around 1995, Kendall Crolius published her book “Knitting with Dog Hair,” and I saw her promoting it on TV; that was a ‘eureka!’ moment for me,” Sanke says.

At that time, she didn’t know how to spin wool, but as a lifelong knitter, she began saving her dog Buster’s hair. Eventually, she found someone who could spin it into yarn.

Her first project was a turtleneck sweater. The reaction to it, Sanke says, was astonishing. “The wool is beautiful and has an incredible halo, so it’s really very striking when it’s worked to its advantage.”

When people found out it was from Buster, they were amazed, she reports. “It’s like a kinder, gentler version of finding out for the first time where your food comes from.” Because a lot of people knew her dog Buster, they had an attachment to him, and were receptive to the knit garments, but Sanke admits that this varies by geographic region and ethnicity. 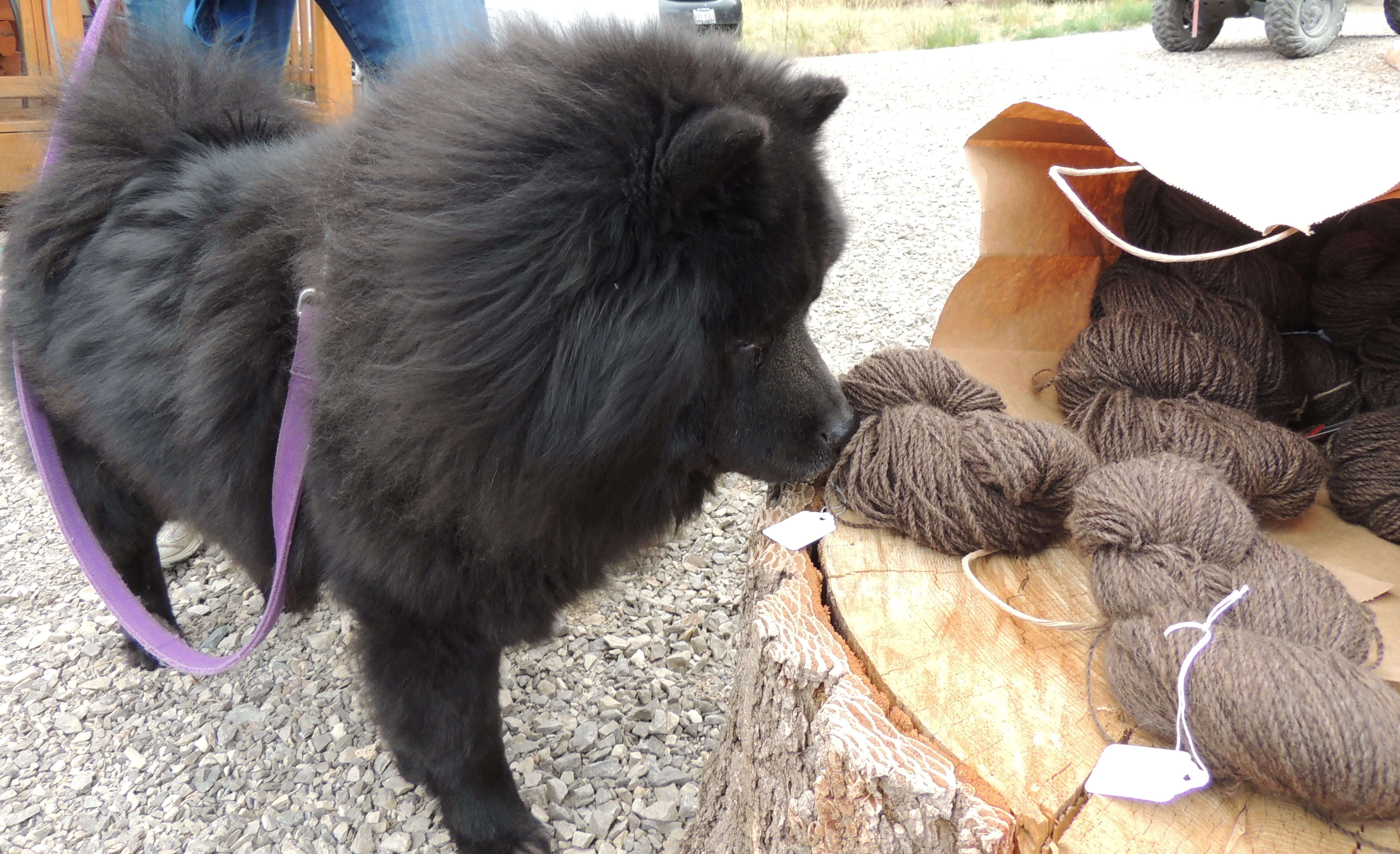 So how does yarn made from dog hair compare with yarn from other animals like yaks, alpacas, angora rabbits, and, of course, sheep? “Anything made from chiengora (the actual name of dog hair wool) is much warmer than other wools,” Sanke says. According to her, chiengora is 30 to 50 percent warmer than sheep’s wool, and it has a halo, like Angora, which explains why it’s called chiengora (“chien” is French for dog).

The hair has to be brushed or combed from the dog, rather than cut like it is from sheep or alpaca. That’s because of the structure of the fiber — it becomes bristly on the skin if removed by clippers or a shedding blade. “So while a sheep, alpaca, or goat can be shorn once a year, collecting dog hair is an ongoing pursuit” (If you live with a borzoi, for example, you already know this.) 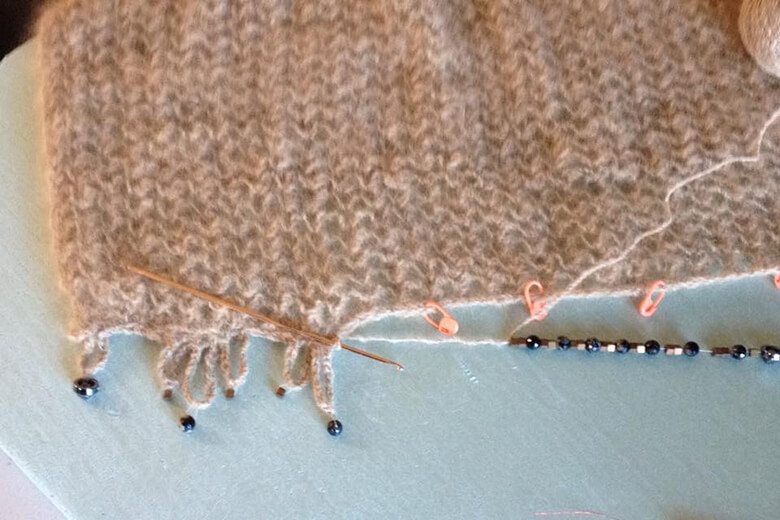 Caring for chiengora is no different than caring for other hand knits, Sanke instructs. Wash by hand, squeeze out — don’t wring! — excess water, shape, and dry flat. Dry cleaning is not recommended.

While some people have expressed the concern that demand for dog hair yarn might endanger some dogs and result in dog farms, Sanke points out that only dogs who are healthy, well-nourished, and unstressed produce good fiber. 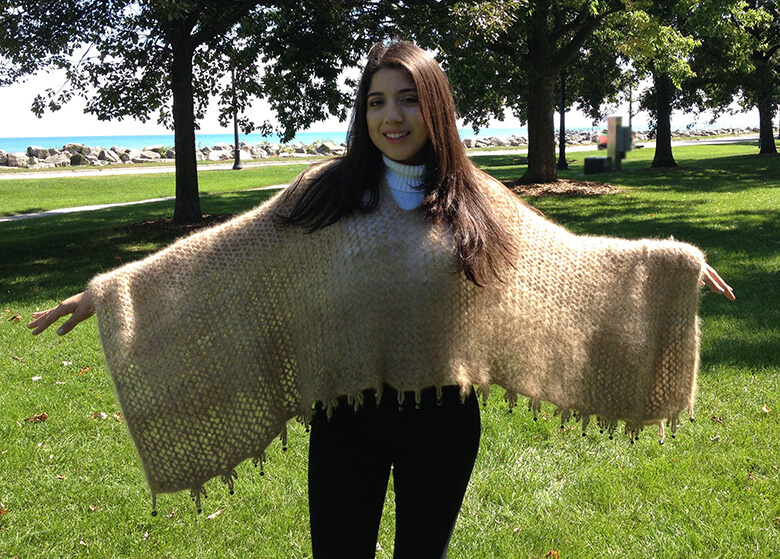 “Even a Samoyed (the gold standard of chiengora fiber) with a health or emotional issue will produce fiber that scratches,” she says. “Allergies, heart conditions, nutritional deficits all impact the quality of the hair.”

She admits that when her occupation comes up in conversation, she does get some strange looks. But dog owners tend to react differently. “The idea of having something from their dog that they can keep forever is incredibly powerful to many people.”

It’s also powerful for her. She knitted a sweater from Buster’s wool for his best friend Fuzzy. “Fuzzy developed heart disease after Buster died, and his hair stopped growing. So his best friend kept him warm for the rest of his life.”

Besides using her own pup’s hair, a lot of the dog fur comes from clients. “That’s one of the best parts of this business; especially for people who have lost their beloved companions, I’m able to provide them with a service that gives them some comfort.” 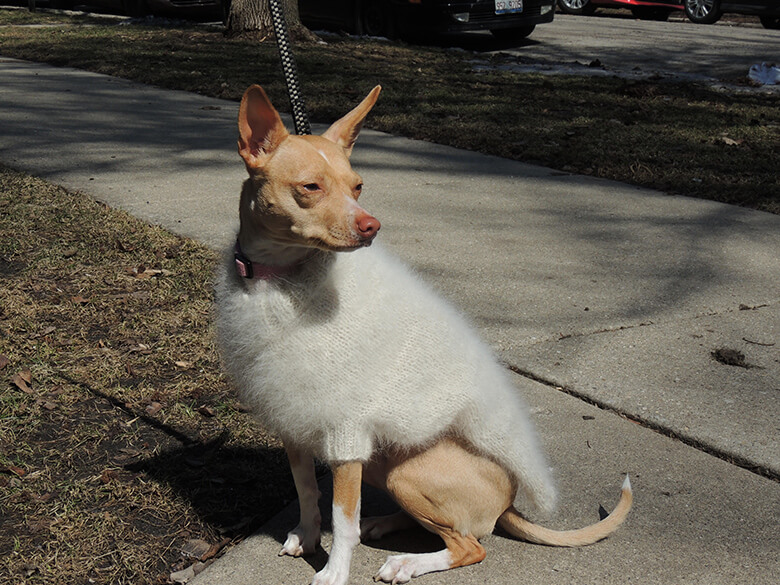 Sanke has an Etsy shop, with some pre-made goods, including keeshond fingerless gloves and a chow chow poncho, available for purchase. The items range from $75 to $800.  For those wanting custom orders, it takes over eight months to make, even with two people spinning. She is working on a move to commercial space and to hire more spinners and knitters. They won’t be easy to find, since there aren’t a lot of spinners around, let alone spinners who have the skill to spin dog hair. But there’s clearly a demand. “It’s very light wool and incredibly warm, and the halo is just stunning.”