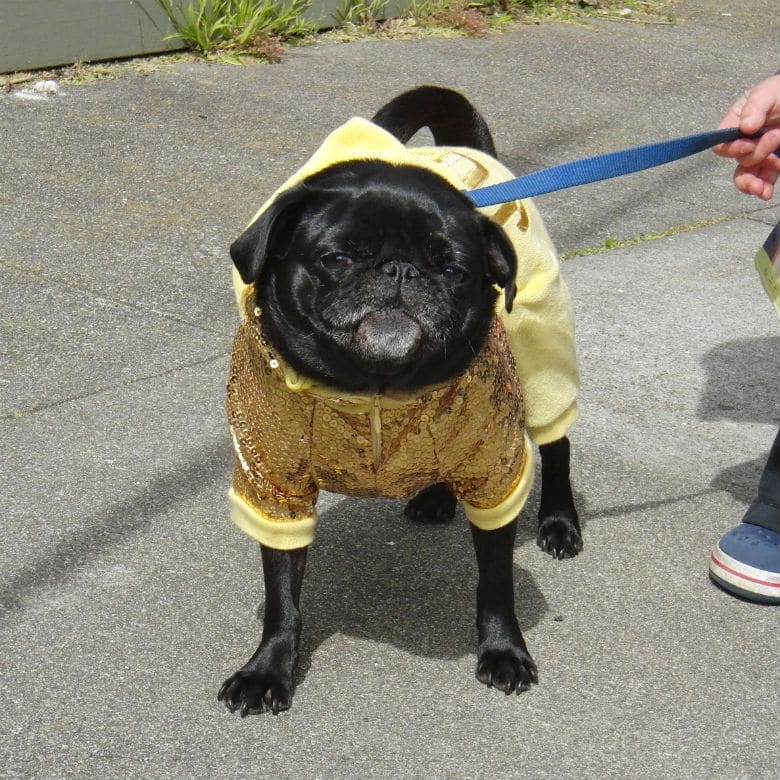 If you ever see a man jogging down the street who suddenly stops to take a photo of your dog, it just might be Adam Lang, creator of the beloved blog, The Dogs of San Francisco.

Lang, a back-end engineer at travel tech company Hipmunk, has spent the last seven years exploring the streets of San Francisco and taking photos of the dogs who live here, much to the enjoyment of the many followers he has accrued over the years.

Each day, Lang posts photos of a dog he met on the streets of SF, often accompanied by a hover-text or funny side note describing the interaction, or translating what the dog is thinking in the picture. 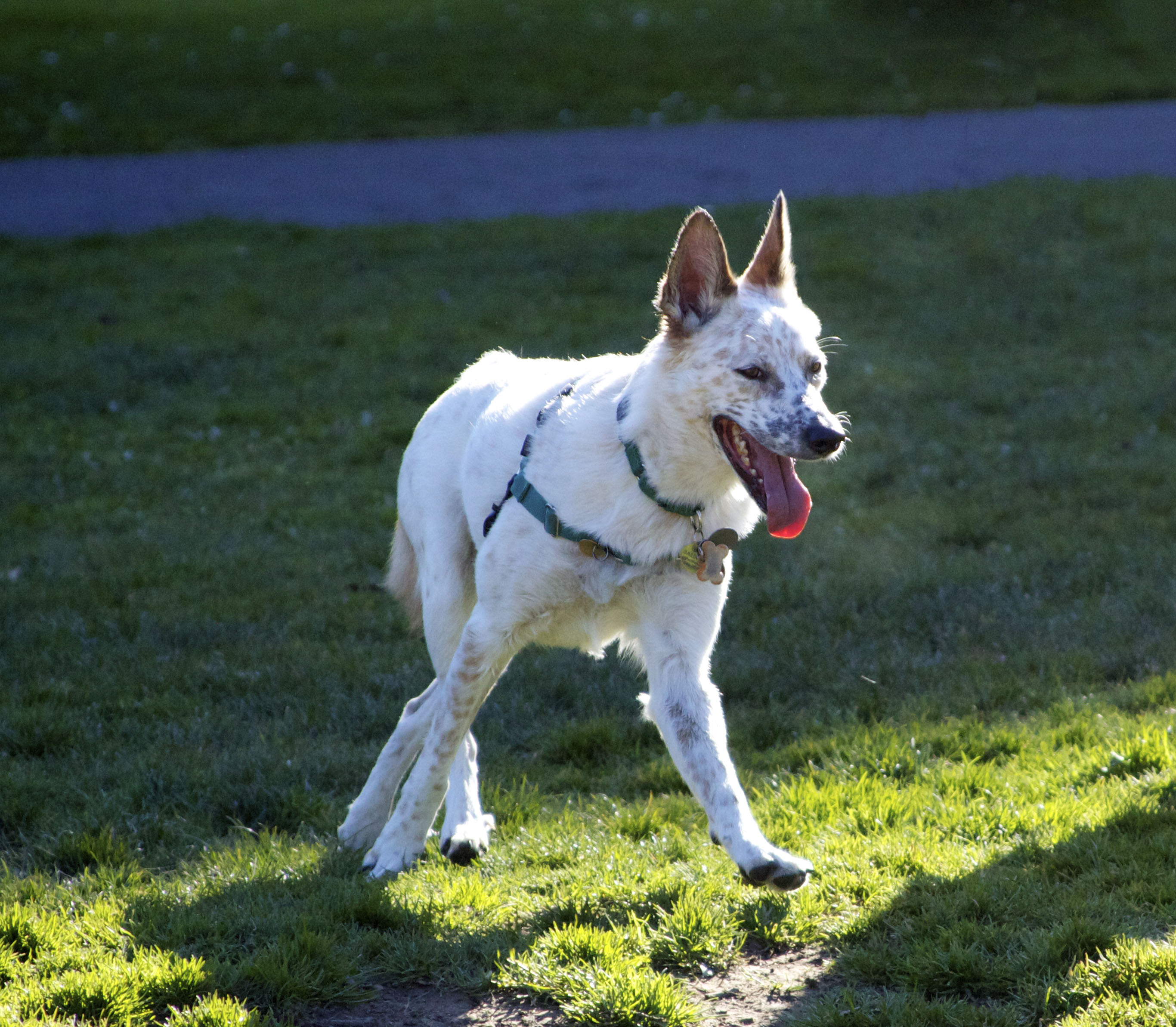 Caption: The only thing I can think when I see this picture is ‘TRANSLUCENT TONGUE!’ Image Credit The Dogs of San Francisco

It all started in 2009 when Lang’s girlfriend, Autumn Rhodes — a traditional Irish musician — left to visit Ireland for several months. As Lang puts it, he was talking to her on the phone when he asked her what she missed about San Francisco.

“Was I fishing for compliments? Hell yes,” he tells us. “But what she said was, ‘I miss all the dogs! When I was in San Francisco I saw dogs practically every day, just walking around, but here I haven’t seen any!”’ 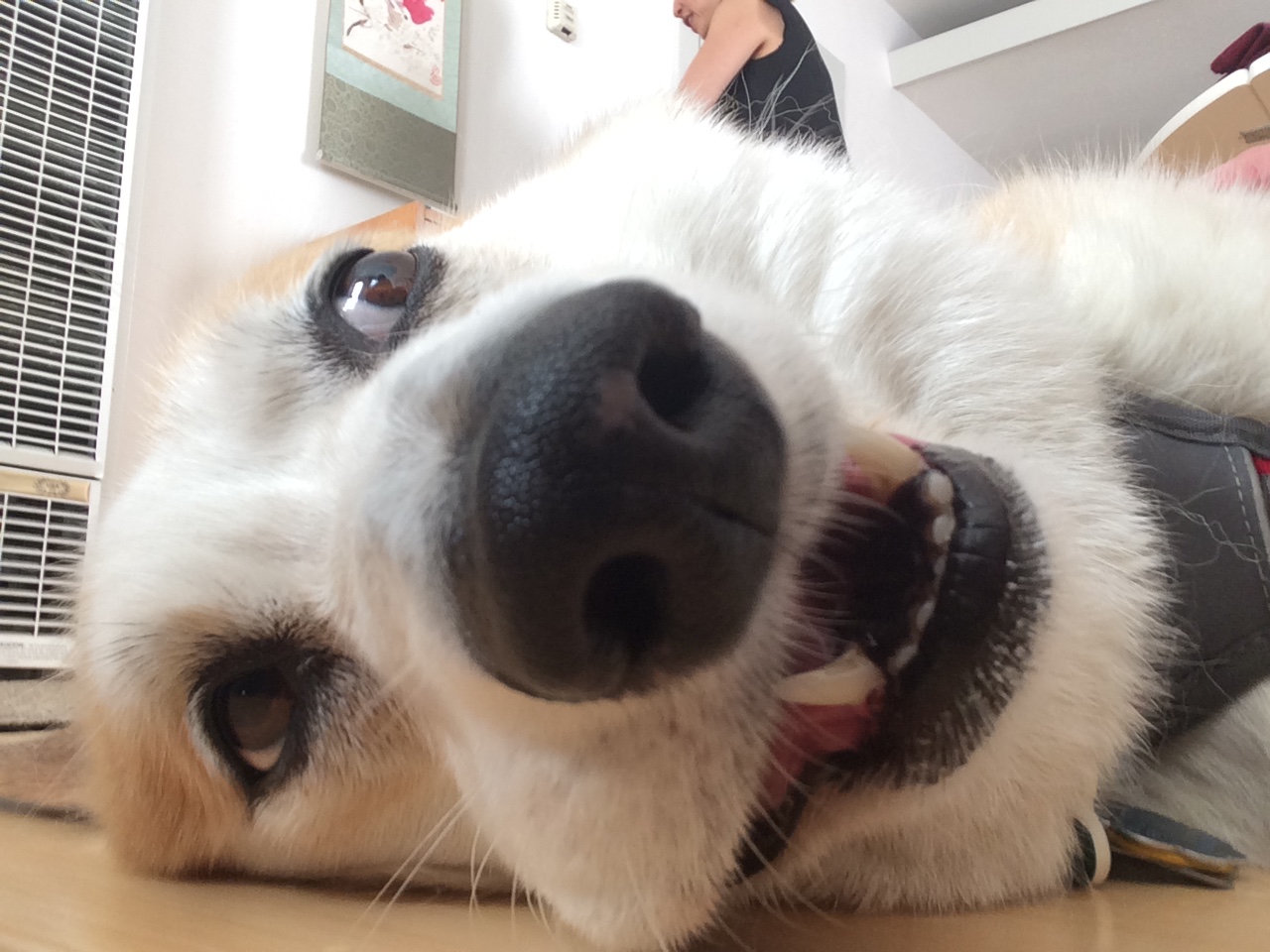 Caption: Autumn is responsible for this and the previous picture. And they are AWESOME. Image via The Dogs of San Francisco

So Lang started taking photos of dogs and emailing them to his musician across the waters. From there, things snowballed: “A week after I started [sending the photos], I started putting snarky comments from the dogs into the subject lines. A little while after I thought, well, the quality really isn’t very good, so I started editing the pictures before I sent them. And then one day I thought, man, this is a lot of work. I wonder if anyone else would like to see this stuff besides Autumn?” 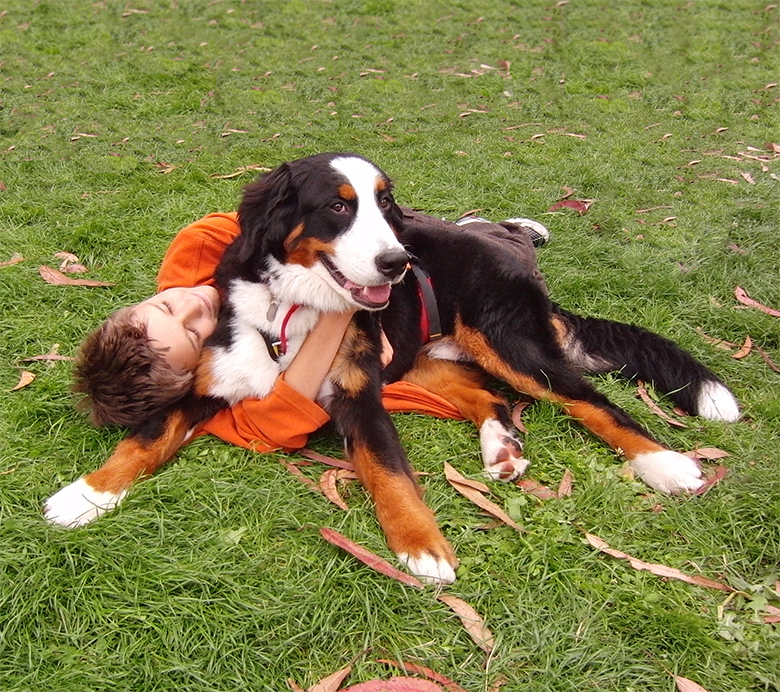 Caption: If you don’t envy this kid just a little, you probably have no soul. But that’s okay. I’m sure a Bernese mountain dog would be happy to lend you part of his. Image Credit The Dogs of San Francisco

The blog has been running ever since. After trying out a slew of cameras and equipment, Lang has parred his gear down to the essentials: an iPhone, an old Canon 50D SLR and a love of dogs.

Related: A Photographer Features Stray Dogs in the Most Magical Way

To find his photo subjects, Lang often frequents crowded locals’ streets like Polk, Valencia and Divisadero, and smaller city parks like Alamo Square and Huntington Park. From there, the process is a simple one: “I tend to ambush people, tell them what a wonderful dog they have, pet the dog, and then when their guard is down, I ask if I can take some pictures,” says Lang. 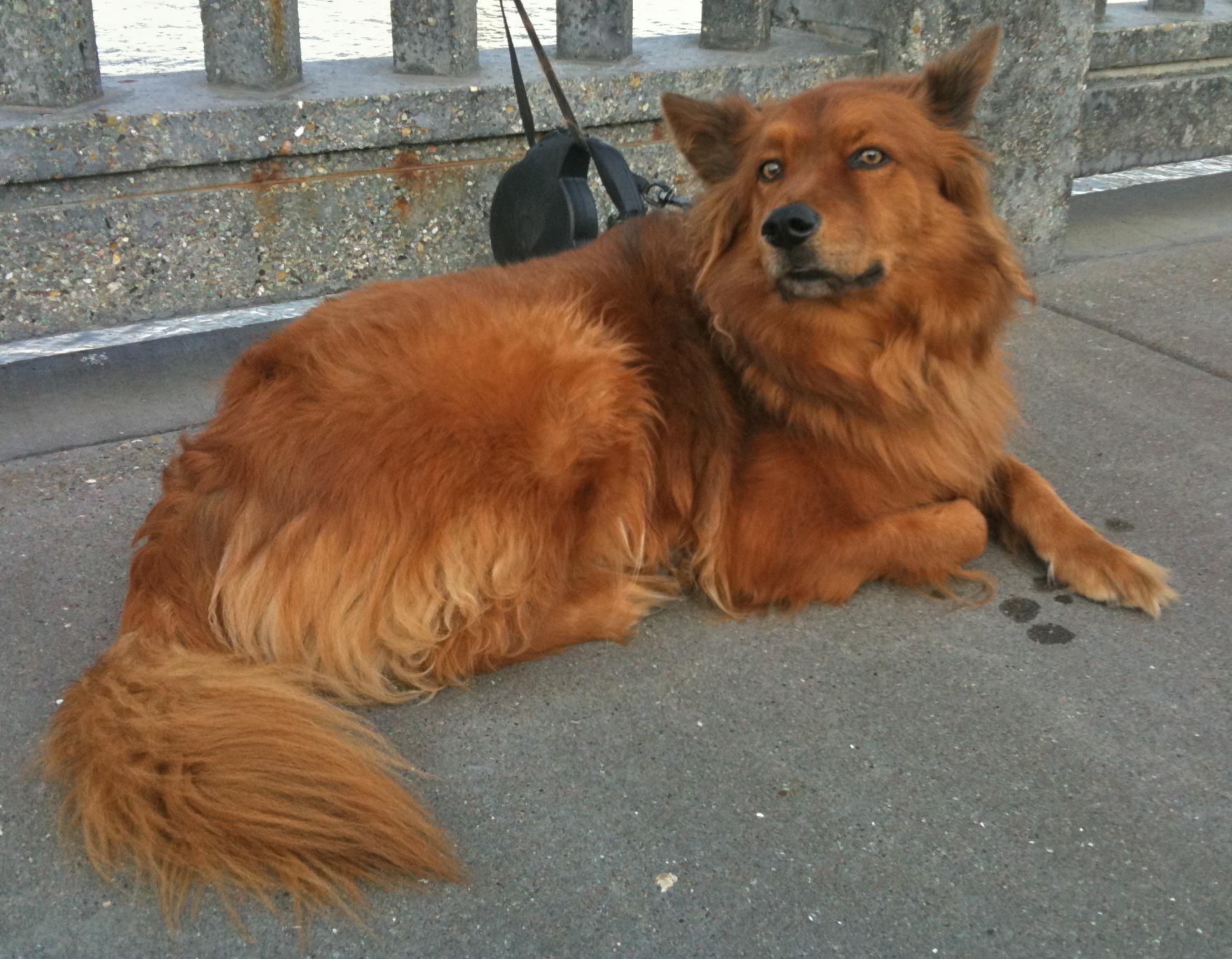 Caption: The words for fox in Irish are, literally, ‘red dog’ (‘madra rua’). This must be the one they were thinking of. Image credit: The Dogs of San Francisco

Of course, the actual gathering, editing and posting of the photos is no dog-walk in the park. Lang ends up spending quite a bit of his time sorting through photos, editing in Aperture or Photoshop Elements, and then posting the photos to his blog and Twitter. 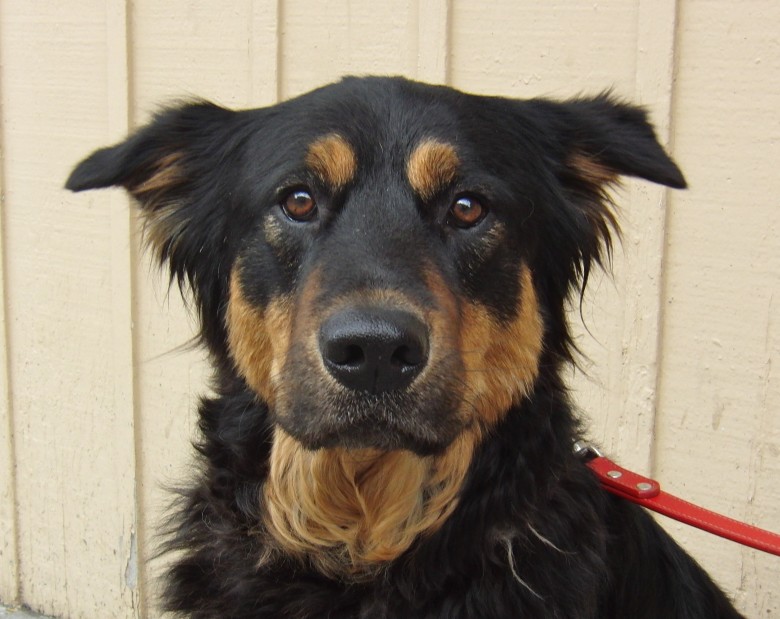 Caption: See? Such a pretty dog, and willing to pose for me for as long as I liked. Image Credit: The Dogs of San Francisco.

At the end of the day though, it seems that the payoffs outweigh the challenges of running a blog single handedly. “It’s just so satisfying to run into a dog and see how he turned out,” he says of the dogs he has photographed.  “It’s also especially satisfying when you run into a dog often enough that he recognizes you.”

Take Max, for example, a dog that, as Lang describes it, “sprints over to me and bangs against my legs and wiggles around and makes noises and just generally acts in a way that his owner says she’s never seen him do with anyone else, even though I only see him once every month or two. It’s really touching.” 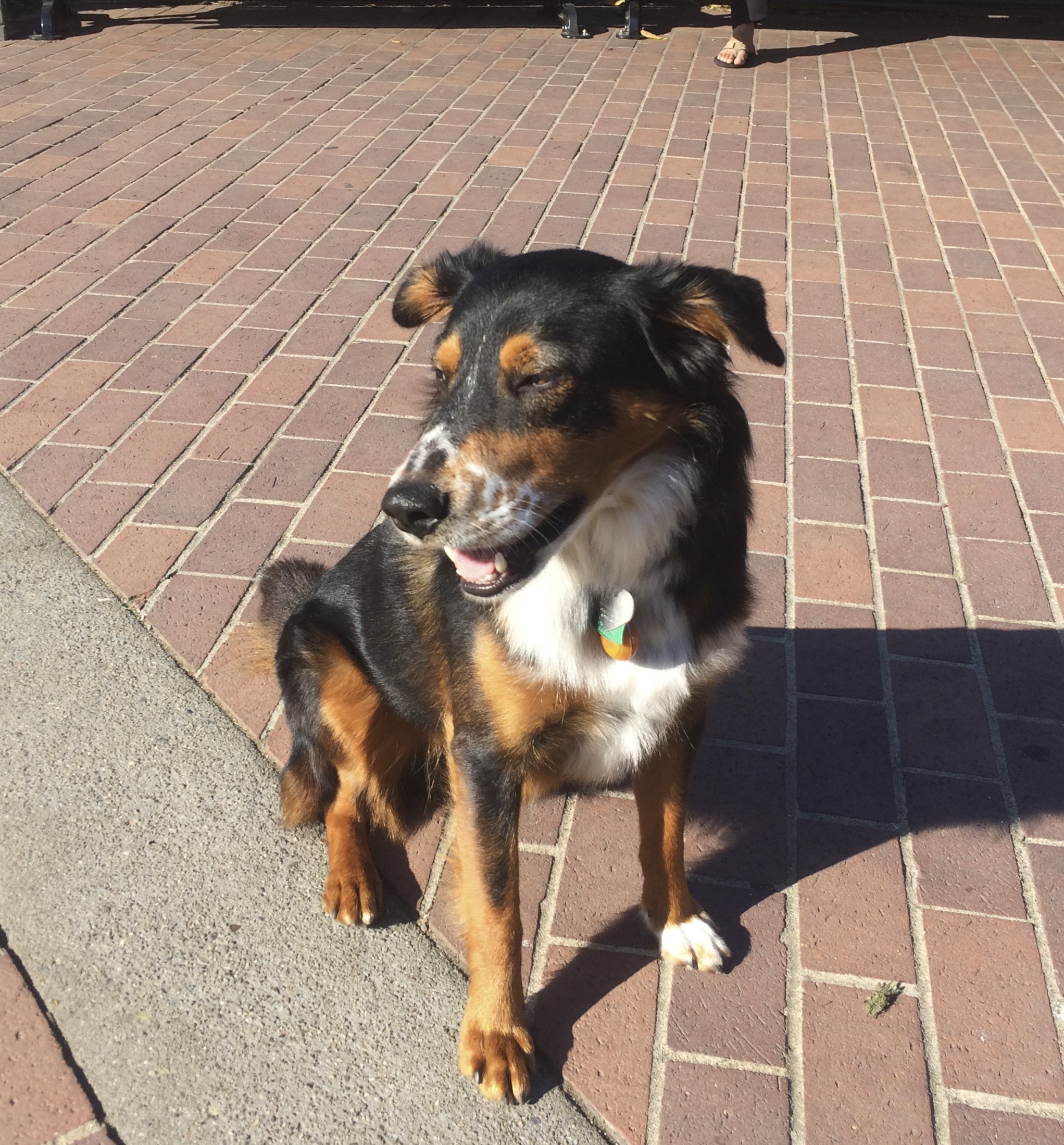 Caption: Look at that grin. It makes me smile just looking at him. Image via The Dogs of San Francisco.

Fans of the blog can now also follow Lang’s dog-based journey through San Francisco on Twitter page, though he finds that the blog is really his favorite platform, as he likes “giving a little more of the story about the dog, if I know it. And one of my favorite parts of the whole thing is coming up with the text for the photos, which shows what the dog is thinking or saying.” 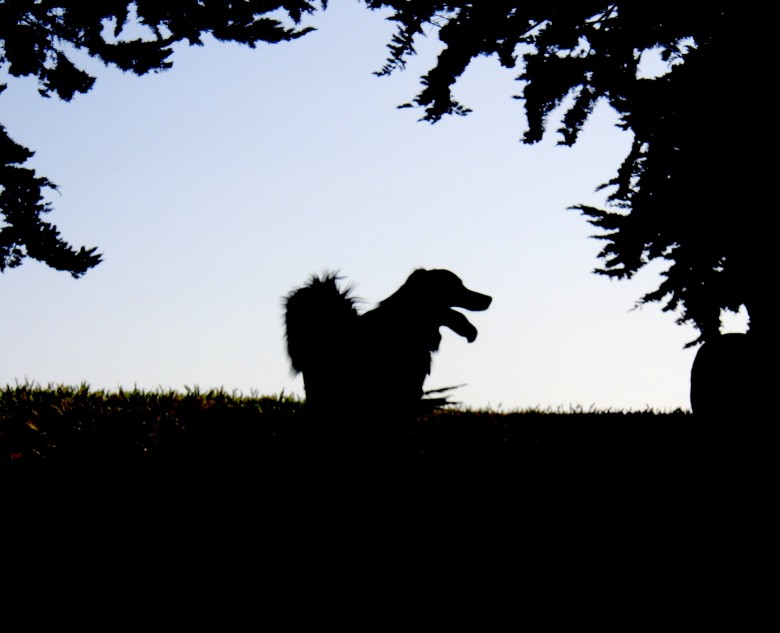 Caption: You can’t tell what breed he is, where he is, what position he’s in, or anything else about him… but you can tell he’s happy. Image Credit: The Dogs of San Francisco

For those who love the blog and would like to support the crusade to honor the adorable faces of SF’s furry residents, Lang has set up an online shop. Browsers can scroll through hoodies, tee-shirts, and bags, some of which boast work by Oakland-based artist Lisa Sindorf.

While Lang supports several local animal-related organizations on his own time — and dime — the blog is currently linked up with Friends of the Sea Otter, with 10 percent of the money earned from the blog’s online shop going to helping those furry marine critters survive in an increasing hazard-ridden ocean. Lang also helps out on a local level, telling us, “I frequently post pictures of adoptable animals on the blog with links to their adoption pages, to spread the word a bit.”

Related: Someone Turned the Lens on Famed Photographer The Dogist

Eliza Lamson is a writer and editor living in San Francisco. She has written for a range of publications, including This Dog's Life, Eventseeker, Diablo Magazine, San Jose's Metro News, and Design District. She spends her time exploring SF's hottest restaurants and bars, backpacking throughout California, and trying to pet every dog she comes across.