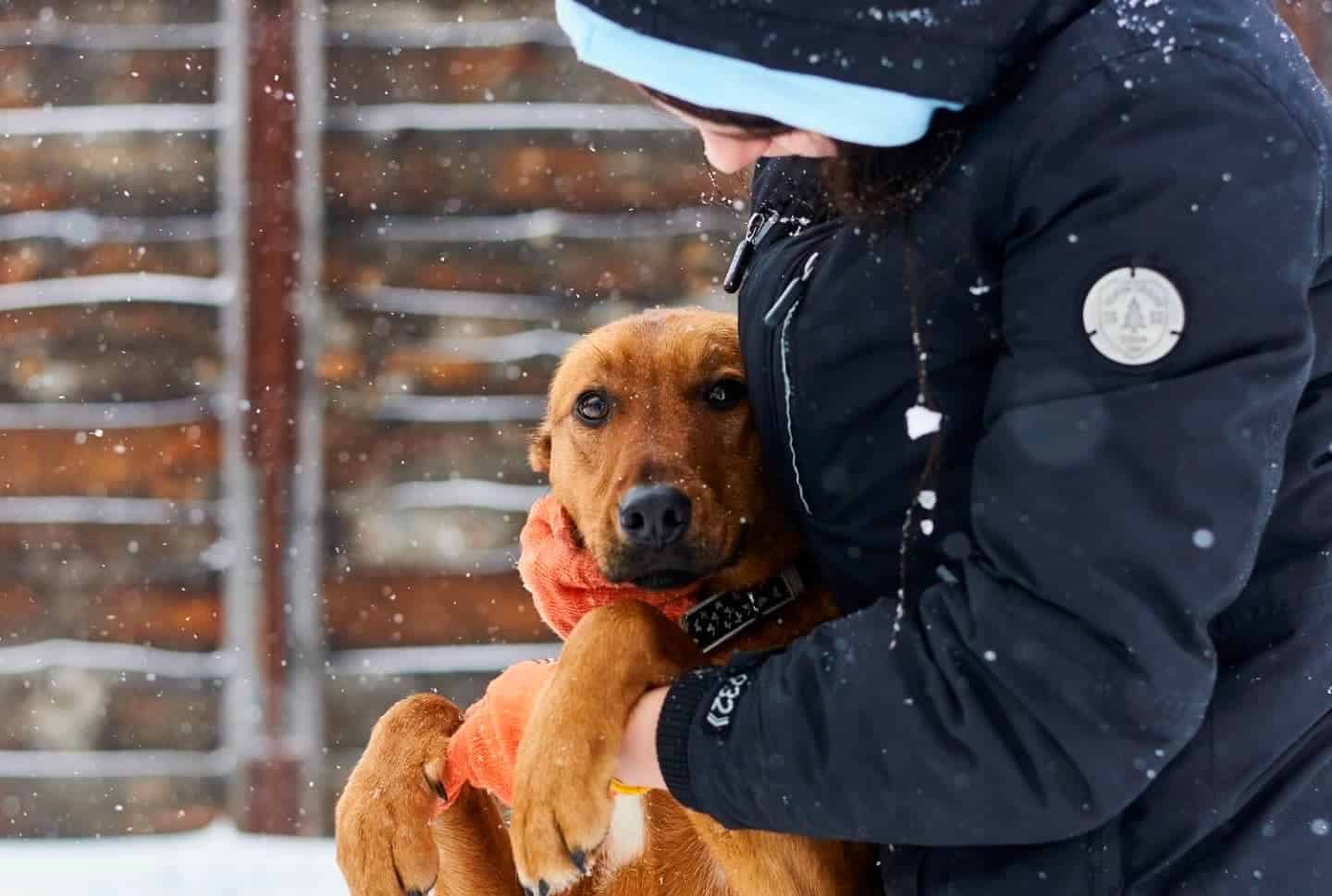 The cultural atrocities occurring in Ukraine are unfathomable. After Russian President Vladimir Putin declare war on the country, a million people have fled the country as its cities have come under severe attack, leaving them in ruins.

All around the world, people are standing with Ukrainians, supporting those who have left along with those who remain in the war-torn country. And fortunately, this extends to the animals in Ukraine.

Neighboring countries, including Poland, Slovakia, Hungary, and Romania, are allowing pets – actually all animals, regardless of the species — in without the standard veterinary paperwork required. There are non-profits stepping up, Facebook groups, and even a map showing people and organizations helping refugees with pets.

And then there are the organizations, staying in Ukraine, helping pets and animals that were abandoned as their families were forced to flee or fight for the country, along with homeless animals, either left to fend for themselves in the street or being housed in shelters.

Meet the non-profits and their volunteers who are sacrificing their lives to protect animals.

Located across the country of Ukraine, the organization helps dogs and cats in shelters by providing housing, food, and veterinary care.

While it is doing its best to continue helping homeless animals, the team noted that often the shelters are caught in the crossfires, meaning it is unsafe for volunteers to go in and care for them.

“According to our data, all animals are alive and there is food for the next few days. The biggest problem is that no delivery service is currently able to deliver needed food and supplies to the shelters. And also no fuel for vehicles and unable to withdraw cash or pay by card for groceries in some regions,” it recently wrote in a Facebook post.

It is now focusing its efforts on getting the animals out of the country as the fighting intensifies.

To make a donation or support, head to its website.

UAnimals mission is to stop the exlpoiration of animals, including those at zoos.

During the invasion, it has been focusing its efforts on supporting animal shelters which are quickly running out of food and supplies (some have already run out due to its location being in a dangerous area).

“In Ukraine, the war continues, which against our country for no reason was started by Russia. People, animals and all living things die from this every day. UAnimals continues to help animals and today with your support we were able to donate funds to feed animals in shelters,” it said on Facebook.

To support its efforts, you can make a donation here.

Shelter Friend is run by a woman named Marina, with a mission to spay and neuter homeless dogs to control the stray population. However, as the country has come under siege, she is focusing her efforts on just keeping the animals at her facility (well over a hundred) alive and safe.

“We are stressed, dogs feel it, they fight. They are too many as we were not able to do rotation before we accepted a lot from streets and from vet hospitals that all got closed,” Marina wrote on Facebook. “We are scared, but we are okay.”

To support her efforts, visit this GoFundme page.

Andrea Cisternino, an Italian photographer-turned-rescuer, is staying put in Ukraine with the 400 animals under his care, including dogs, cats, sheep, pigs, and goats. As of right now, he doesn’t have a way to transport animals to safety, so instead of abandoning them, he is staying with them.

“I can die here for my animals,” he wrote on Facebook. “I have to think about saving a refuge and its 400 guests who deserve to be protected at any cost,” Cisternino said.

To donate, you can do so via PayPal on his website.

Established in 2000, it is the largest shelter in Ukraine and takes care of more than 3,000 animals a day. The organization focused on spay and neuter programs, veterinary care, and adoption. And while it reports that all animals in its care are still alive, it, like other organizations, are running out of time.

“There are enough food until Monday. They bought cereals, potatoes, dry treats. Purchased and brought thanks to locals,” its website stated, noted the food came from residents risking their lives to feed the animals.

However, Sirius can’t take additional aid to its shelter because it is dangerous.

“The main problem is the lack of safe access to the shelter, as all possible routes are controlled by Russian troops,” it continues on its website. “Those people who brought bread any other aid to the shelter were fired upon by the Russian armed forces or were hit on their minefield.”

It is hoping that humanitarian corridors for evacuating civilians and animals along with ensuring the delivery of medicines and food to those in need open.

To support Sirius, you can make a donation on its website.

Established in 2014, Shelter Ugolyok not only helps dogs and cats, it also cares for farm animals, including horses, goats, and cows. Like others, it is under severe distress.

“I think that no one really wants the war, not our country not any other, but ambitions of some people makes the war obvious as never before and threaten the whole territory of our country. All people are terrified. But we can not allow panic to rule our mind and our actions. On our shoulders is a great responsibility – safety of our animals!” it wrote on a fundraising site.

To support Shelter Ugolyok, head over to the Fundrazr.