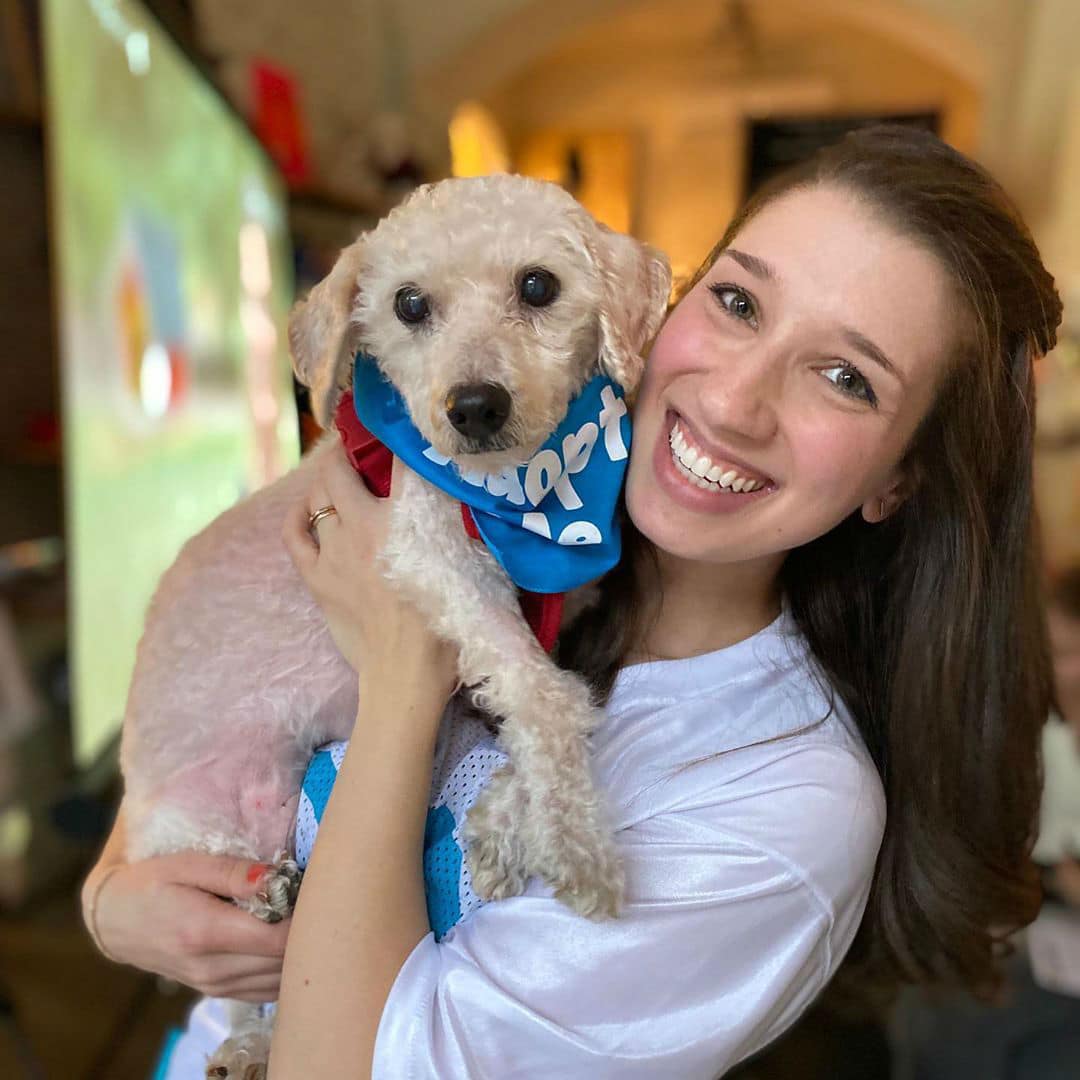 There are a lot of unfounded myths about shelter and rescue dogs, from the belief that all shelter dogs are “damaged goods” to the insistence that an adopted pup will never fully trust a human. Unfortunately, these misconceptions keep good people from adopting great dogs — dogs who have the potential to change their person’s life for the better.

These misconceptions also lead to higher euthanasia rates as shelters run out of space — and millions of healthy, very adoptable dogs never getting a chance to show how much they can love you.

For National Rescue Dog Day, experts have addressed common misconceptions in the hope that when you’re ready to add a new dog to your life, you will consider adopting a rescue one.

“Dogs end up in shelters for myriad reasons,” says Sarah Brasky, founder and executive director of Foster Dogs, an organization with a mission to create positive, inclusive foster communities. These reasons may include the death of an owner, job loss and/or financial hardship, lack of training, getting lost, divorce, having a baby, abandonment and more. “More often than not, dogs end up homeless due to no fault of their own,” she adds.

Foster Dogs recently helped rehome a dog after the elderly owner died. “For the dogs who come from homes like this, they were truly loved and simply didn’t have anywhere to go, which is why they are up for adoption,” says Brasky. They also recently accepted a dog into their organization from a couple who was getting divorced and couldn’t keep him. “He’s amazing, and his life change won’t change his ability to enjoy life and bring joy to his new mom,” she says.

Myth 2: Shelter or Rescue Animals Have Diseases or Health Issues

“Shelters usually don’t have animals that are that sick or needy because they have hopefully sent them to rescue, who can attend to more specialized, individual care,” says Jme Thomas, co-founder and executive director of Motley Zoo, a foster-based animal rescue. “It’s a good bet that if you’re seeing an animal in a cage or kennel, or you’re able to meet them at all, they are relatively adoptable and healthy — otherwise they wouldn’t be on the adoption floor.”

She adds that if you are adopting from a rescue, the chances are that they have worked to fix or treat any health issues to the point where it has been resolved or become manageable.

Myth 3: Most Shelter Dogs Are Too Scared or Shy

“This is actually quite a misconception,” says Shelby Semel, head of dog training and behavior at Animal Haven, a nonprofit organization in New York City that finds homes for abandoned cats and dogs throughout the tri-state area .

“Some shelter dogs can be shy, but you can also get a very shy sensitive dog from a breeder at eight weeks old,” she notes. “Most of the dogs at Animal Haven are quite playful and outgoing. All they want is human attention (or to play with other dogs) and lots of love.”

“Dogs are receptive to training at any age, size or breed,” says Elizabeth A. Frank, founder and executive director of Mr. Bones & Co.,an animal welfare non-profit supporting animal rescue and advocacy. “Typically, when I see dogs that are referred to as ‘untrainable’, it’s the person on the other end of the leash that is having trouble giving directives.”

While there are shelter dogs who can present more challenging training needs, she adds, this can happen with purchased dogs as much as dogs from a rescue or shelter. “Anyone who acquires a new dog, whether a purchase or an adoption, and no matter how dog savvy they are, should seek professional training assistance or advice,” she says.

Myth 5: All Shelter Dogs Are There Because They Have Behavioral Issues

“Sometimes, a dog will behave a certain way at the shelter, which isn’t always an indicator of their behavior once they live in a home,” says Brasky. “He or she might be overly stressed and jumpy or be vocal in the shelter but would relax in a home where he or she would receive lots of attention and plenty of exercise and a safe quiet space to relax.”

For dogs in the shelter system with behavior challenges to overcome, good trainers, proper vet care, rescue groups and foster homes make great difference. “That’s what fostering is about,” she notes. “We’ve worked with board-and-train programs where dogs with more serious behaviors can grow and receive further assessment.”

Related: Fostering a Dog Is Making Quarantine Life More Enjoyable for Many

Myth 6: All Shelter Dogs Are Old

“Sure, there are some old dogs in rescue, but we have more puppies and young animals than older ones on any given day,” says Thomas. “We see far more young animals that come to us for a lack of spay/neuter compliance than old, ‘discarded’ dogs.’”

She advises people not to exclude a dog based on age. “There are so many reasons old dogs are easier and better adoption candidates than young ones. What you see is what you get with old dogs,” she adds. Older dogs will also likely come with some background information, especially when coming from foster homes who have assessed the dogs and know a lot about them. “If an old dog doesn’t act like the dog you want, don’t adopt it — but this is going to be far more accurate than hoping the puppy you adopt will be exactly as you dream,” says Thomas.

Myth 7: A Lot of Dogs from Animal Shelters Are Aggressive

“Aggression is intent to harm,” says Semel. “People often qualify too many things as aggression that are really frustration or excitement.” And while there are dogs at the shelter who have behavior issues, so do dogs from breeders and pet stores.

“Picking the right dog for you is important no matter where the dog Is coming from,” she says. “Being able to spot dog body language, get proper training and guidance, and working with your dog using positive training techniques are very important.” She also notes that a shelter or rescue will often work with you to find a dog that specifically suites you and your lifestyle.

Myth 8: Rescue Dogs Will Not Bond with New Owners

“The myth that older dogs will not bond with new owners is absolutely unfounded,” says Frank. “What makes dogs so endearing is the fact that they are ‘designed’ to seek out attention, affection and socialization directly from humans.”

When dogs grieve because they have lost their person and their home, they naturally gravitate towards humans, says Frank. “And so they are highly capable of bonding to new people, no matter their age.”

New relationships advance best with baby steps, so that both parties can move at the pace that is comfortable. “Time and patience create beautiful transitions that result in long lasting, positive relationships.”

Myth 9: Shelters Will Make Me Jump Through Hoops for a Dog

“Most shelters have very few restrictions on adoption, whereas a rescue may be more stringent,” says Thomas. That’s because shelters often have more time and space constraints  because they are physical buildings. “So getting animals out the door, even if temporarily (and the animal gets returned), still ‘clears’ a space for another animal.”

A rescue usually has less issues with time or space. “They have more time to select the family that really matches the animal’s needs,” she says. “Compatibility is assessed before you even meet the animal in the rescue scenario, whereas with a shelter, compatibility is really assessed once you get home.” This is part of the fundamental nature of the differences between rescues and shelters, she adds, and neither is better or bad.

Your choice should be based on what you expect from the adoption process. “Do they want to go in and pick a dog and go home the same day? Then a shelter is best,” she says. “Do they have concerns about which dog and want to make sure they know exactly what they are getting? Then a rescue might be a better option. Understanding the differences between the types of organizations is the key to not feeling like you’re jumping through hoops.”

Related: Navigating the Shelter System to Find the Right Dog for You

Myth 10: None of the Rescue Dogs Are Potty-Trained

“Many shelter dogs are potty-trained from prior homes,” says Semel. Some dogs don’t handle change well, so going from home to home can cause a lapse in housetraining, she says. “This is even common when you and your dog move homes or visit a friend.”

It’s also noteworthy that when dogs are in rescue, they are mostly housed in foster homes. Foster parents usually do the work of housetraining (and other training) to make their dogs ready for their forever homes.