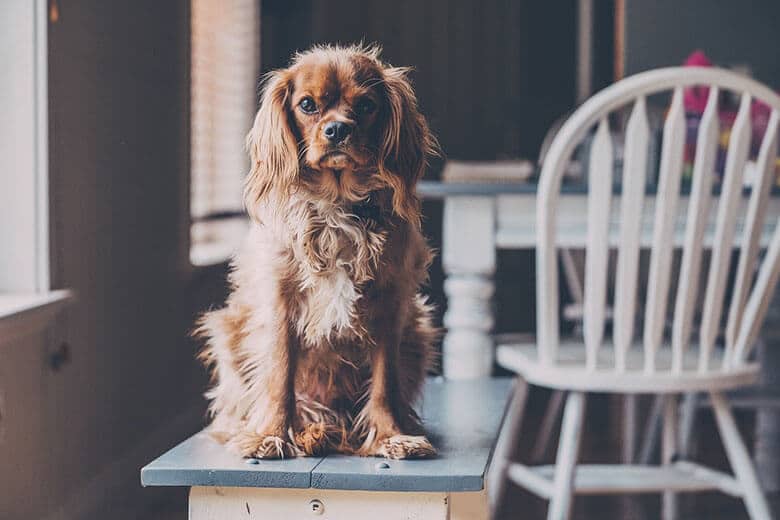 It only takes a second. You’re prepping for a party. You turn away for a moment, but it’s long enough for your dog to eat the whole bowl of nuts and raisins you’ve set out for guests. Or maybe it’s a bar of dark chocolate, a bag of grapes or a bouquet of lilies of the valley your boyfriend brought over. It can happen anywhere because our dogs are surrounded by ordinary things that can make them critically ill or even kill them.

It’s amazing what a dog will eat. Detergent, mothballs, anti-freeze, gum, a pack of cigarettes — all things that are toxic to dogs. And before you realize that the tube of toothpaste your dog just hoovered has an ingredient that is poisonous to dogs, your dog is having a grand mal seizure.

Related: Do You Know About the 25% Rule for Dog Food?

The sooner you realize your dog is in trouble, the greater the chance she has for recovery. If you think your dog has been accidentally poisoned, these are the signs to look for:

The best way to save dogs from poisoning is to get them to a veterinarian or animal hospital immediately. If you’re unsure, you can call the ASPCA Poison Control Center at (888) 426-4435 for an immediate consultation.

Here are some of the most common substances that are poisonous to dogs: 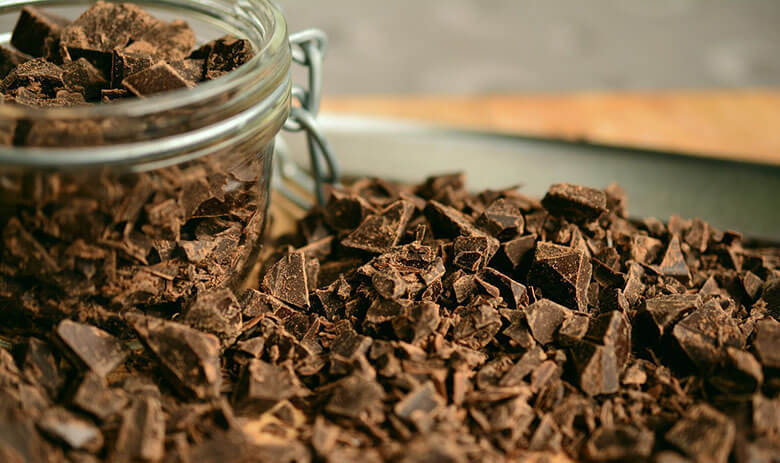 These human foods may taste delicious to us, but they can be toxic to dogs:

Chocolate: This treat is at the top of list of common dog poisons according to the Pet Poison Helpline. Dogs may love chocolate as much as some humans do — but it can kill them. According to the Merck Veterinary Manual, chocolate contains theobromine, which can cause life-threatening cardiac arrhythmias and central nervous system dysfunction. Dark chocolate has more theobromine than milk chocolate, with cocoa powder as the most toxic form.

Grapes, Raisins and Currants: These fruits are extremely toxic to dogs and can cause acute kidney failure. While dogs are more likely to show effects when eaten in large amounts, individual dogs have been affected when they only ate a single grape. They cause acute renal failure. VCA Hospitals advise that if you suspect your dog has eaten any of these fruits, you should contact your veterinarian or call a Pet Poison Helpline immediately. There is no antidote to date, and the treatment is to induce vomiting, pump the stomach and/or administer activated charcoal.

Macadamia Nuts: Usually found in cookies, cakes, muffins, trail mix, Macadamia nuts are toxic to dogs, and only a small amount can affect them. They can cause loss of the ability to walk, weakness in the back legs, vomiting, muscle tremors, depression and diarrhea.

Xylitol: Used as a sweetener in many products including toothpaste, sugar-free gum, candy, breath mints, pudding, cake and mouthwash, to name a few. In dogs, xylitol is absorbed quickly into the bloodstream and causes a potent rise in insulin secreted from the pancreas. This causes a severe decrease in the blood sugar level, causing hypoglycemia with 10 minutes to an hour of ingesting. If untreated, it can be fatal.

Onions and Garlic: All part of the allium family, garlic, onions, leeks and chives may cause severe anemia in dogs. Symptoms include pale gums, rapid heartbeat, weakness and collapse. These effects may be delayed, so if you think your dog has eaten any of these, watch him for symptoms over a few days.

Pits from Fruit: Avocado, peach, peaches, nectarines and cherries, along with other fruits have pits that when swallowed can block the esophagus. Peach, apricots, cherries, and plum pits contain amygdalin, which is poisonous for dogs. If eaten, these pits can cause kidney failure and death in only a few days. 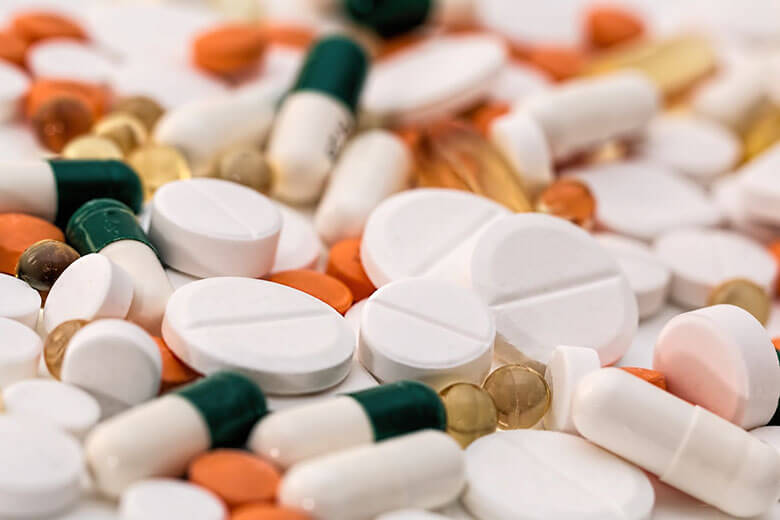 Some medication that is beneficial to humans may kill our dogs. These include:

Pain Meds: Non-steroidal anti-inflammatories (NSAIDs) that contain ibuprofen (Advil, Motrin), naproxen (Aleve) acetaminophen (Tylenol) and Tramadol are toxic to dogs, and if left untreated, it can be fatal.

Antidepressants: Effexor, Lexapro, Cymbalta and Prozac may cause neurological problems if an overdose occurs. (These meds can sometimes prescribed for dogs, but the dosage must be correct).

Benzodiazepines and Sleep-aids: This group Includes Xanax, Klonopin, Ambien, Lunesta, Ativan, Dalmane, Valium, Librium, and Restoral. These can cause cardiac and respiratory depression.

ADD/ADHAD Medications: Adderall, Ritalin, Concerta, and others in this group, can be life-threatening for dogs at even the tiniest amount.

Related: Are You Storing Your Dog’s Food the Right Way? If Not, It Could Put Your Pup in Danger.

Beta-Blockers: Tenormin, Toprol, Coreg, and other beta-blockers can be extremely toxic, even in small amounts.

Thyroid Meds: These Include Armour Thyroid, Synthroid, Levothroid, and others. A large overdose is toxic.

ACE Inhibitors: Zestril, Altace, Lotensin, Vasotec and other medications used to treat high blood pressure can be life-threatening, even in small amounts.

Birth Control Pills: Dogs can mistake the container for a toy and end up eating a large amount, which is toxic. 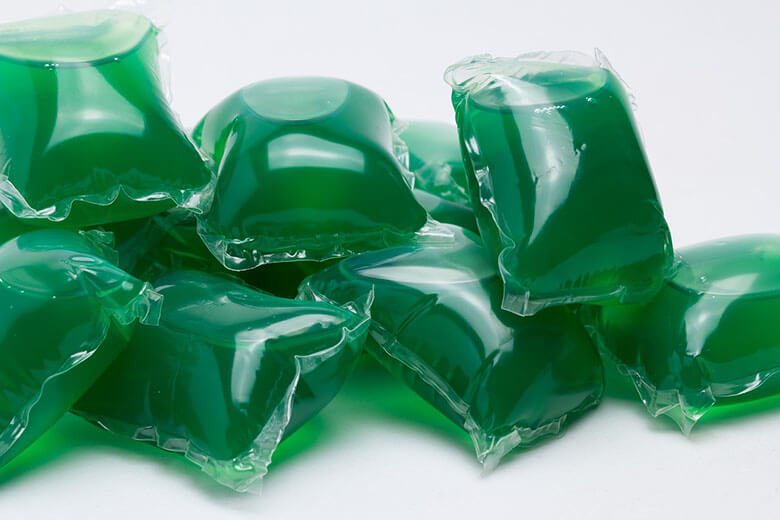 Dogs may decide some of these things are toys, but they can be deadly, especially if you have a dog that loves to raid the garbage. These common household items include:

Batteries: Often small enough to swallow, they can cause ulcers in the mouth, stomach and esophagus.

Detergent: Detergents and fabric softener sheets can cause ulcers in the mouth, esophagus and stomach. Laundry pods are doubly dangerous as the detergent may spray out when bitten and be inhaled or swallowed in larger amounts.

Fertilizer and Plant Food: These substances often contain things like bone, blood, fish and even feather meal, which dogs like to eat in the case of breaking into a bag  or rolling on a treated lawn. The most severe effect is they cause obstructions or the powder or liquid turns into stones in the digestive tract and may require surgery to remove.

Insecticide, Mothballs and Rodenticides: The chemical bromethalin in rat poison can cause an increased pressure of cerebrospinal fluid and cerebral edema (water on the brain). Effects may include paralysis, muscle tremors, seizures and impaired movement. Insecticides contain organophosphates and carbamates can cause seizures, vomiting, muscle tremors, and respiratory arrest. Mothballs contain naphthalene; one mothball can poison your dog.

Related: The 5 Best Tech Gadgets to Keep an Eye on Your Dog While You’re Gone

Household Cleaners: Products that are the most dangerous include drain cleaners, concentrated dishwashing products, oven cleaners, pool cleaners, lime-removal cleaners and toilet cleaners. They cause chemical burns internally and externally. Symptoms include pawing at the mouth or eyes, excessive drooling, blistering, excessive tearing of the eyes and fever. If you think your dog has ingested any of these, flush the area with water (use protective gloves) and then write down the name of the product or bring it along to the hospital.

Kerosene, Gasoline and Tiki Torch Fluid: Symptoms include vomiting, drooling, heavy breathing, uncoordinated walking, shaking of the head, pawing at the mouth, tremors and other effects. In large amounts (or in a small dog), coma and possibly death may result. Call your veterinarian immediately.

Tobacco: Nicotine is a fast-acting toxin. Signs include vomiting, abnormal heartrate, lack of coordination, weakness, tremors and collapse. If your dog eats any form of nicotine, call your vet asap. 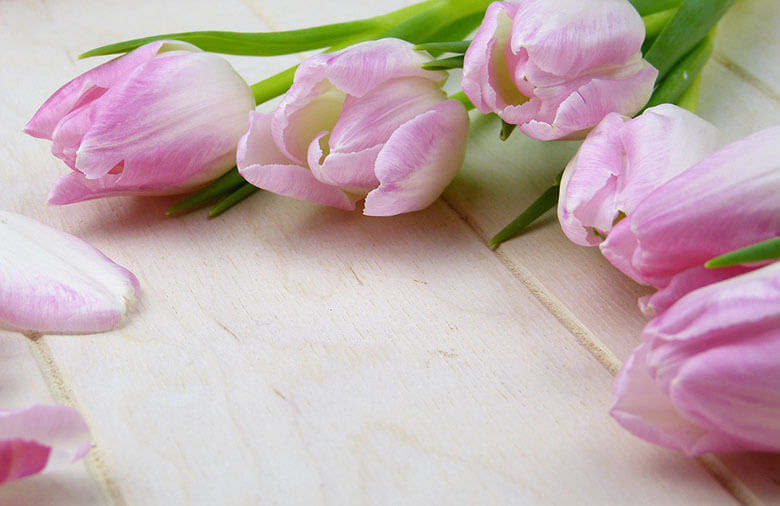 There is a long list of plants that are poisonous to dog. Here are some of the deadliest:

English Ivy: These climbing vines, often found on the sides of buildings, produce sapogenin, which is a naturally occurring steroid that is poisonous to dogs.

Aloe Vera: This plant is beneficial for burns and other skin issues, but not so good for dogs. It contains aloin, which can cause vomiting, gastrointestinal problems, and it will turn your dog’s urine red.

Dieffenbachia: This common household plant contains calcium oxalates and other enzymes in the leaves and stems, which is extremely toxic to dogs.

Philodendron: Also contains calcium oxalates, which can cause the tongue to swell and difficulty breathing.

Elephant Ear: Contains calcium oxalates, which can cause the tongue to swell and difficulty breathing.

Sago Palm: The entire plant is toxic to dogs, but the seeds contain the highest concentration of cycasin, which is potentially fatal to dogs.

Azalea Plants: Extremely toxic to dogs, and it can be fatal if ingested.

Daffodils: The entire plant is toxic to dogs, but the bulbs are the most poisonous.

Tulips: Extremely toxic to dogs, and it can be fatal if ingested.

Lily of the Valley: Contains cardiac glycosides which can cause cardiac arrhythmias, seizures and a drop in heart rate.

Foxglove: This plant is also called Digitalis purpurea, which is used to treat congestive heart failure in humans. It also contains cardiac glycosides. When ingested, this plant can cause cardiac arrhythmias and even death.