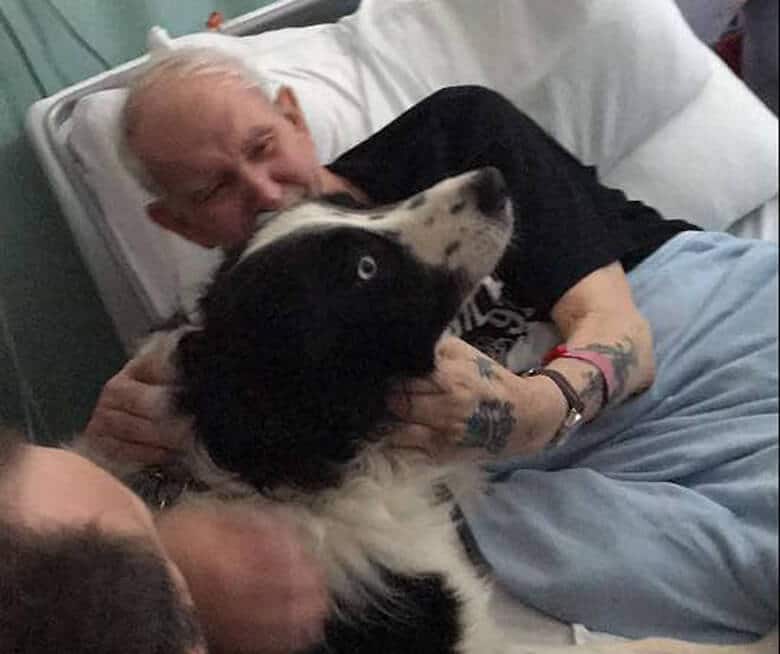 A man with only a few hours to live was granted his final wish: to see his dog one last time.

Peter Robson had been suffering from fibrosis of the lungs and had very little time left on this planet. Staff at Ninewells Hospital in the UK asked his family if they wanted to bring anything from home to comfort him in his last hours. The family asked if they could bring his Border Collie Shep.

They knew the request was unlikely, as dogs can bring in outside germs, which is not great at a hospital where measures to control infection are high.

The dog, who is 8, had been by Robson’s side ever since his wife passed away, according to BBC.

“He really thought he would never see Shep again,” Robson’s granddaughter Ashley Stevens told the outlet. “It was an amazing moment to see the two of them together, and Shep was so excited to see him.”

The touching moment was shared on Facebook, with the family paying tribute to the hospital. “Still in shock that the wish was granted and they went above and beyond today and made a dying man very happy.”