PRESS ESC TO CLOSE
Lifestyle > Culture > For Training, This Surfer Gets Dogs Out of the Classrooms and Onto Paddleboards 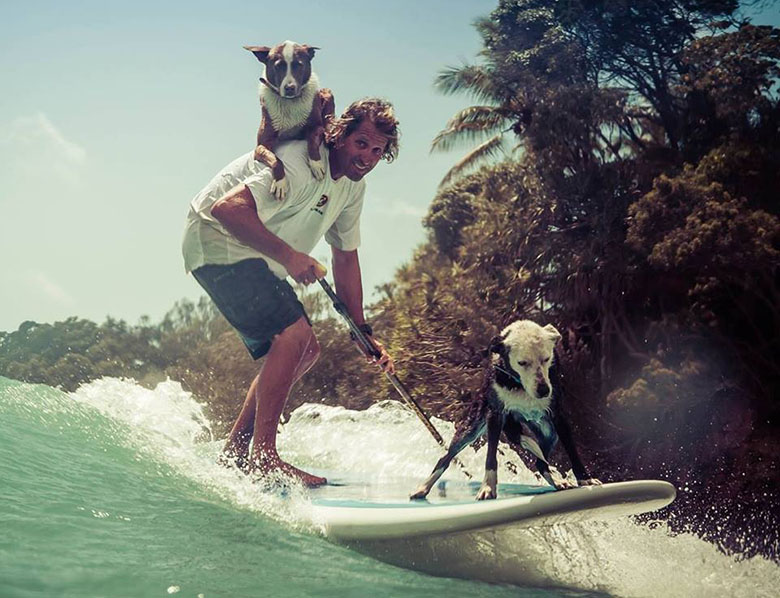 Getting your dog to walk on water may not be as complicated as you think. Just ask Chris de Aboitiz.

The former tandem surfing world champion has been taking his eldest rescue dog Lani, 15,  out on the water for well over a decade, along with his other three rescues — Rama, Millie and Murph. He has since taken to teaching others how to better learn about their dogs and themselves by being on the water with a stand-up paddleboard.

His dog-training company, Sup Dog Oz, based in Queensland Australia, uses the discipline needed to stand-up paddleboard to create boundaries for dogs in a fun environment, while simultaneously getting owners and their pups to better understand each other. “Taking your dog for stand-up paddle is such a simple healthy way for you and your dog to get exercise and structure,” says Aboitiz. 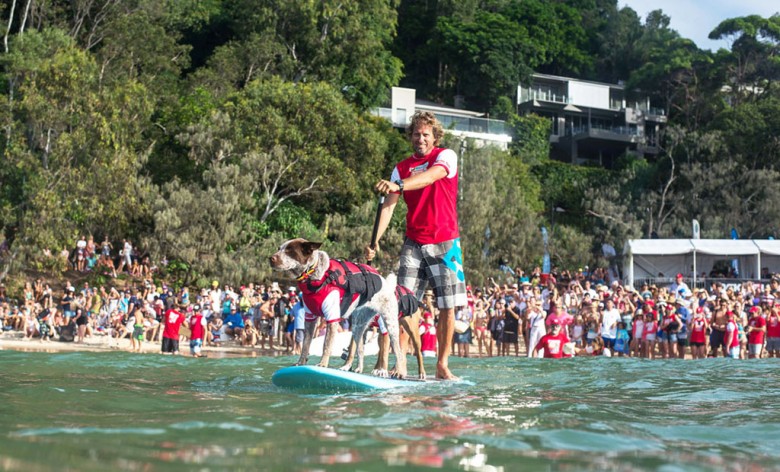 Getting his own dogs to surf and stand-up paddleboard was a very organic activity for Aboitiz. As a surfer, he understood being skilled on the water takes dedication, awareness and leadership. Aboitiz realized he could take his dogs on the water as long as they could work as a team, build a relationship and establish trust.

Related: A Man and His Dog Have Sailed Around the Mediterranean for 3 Years to Help Save Our Planet

When he first started working with pups, he began on flat water, as he teaches owners to do now, and made sure to integrate a rewarding place, such as a sandbar, to allow them to play during the training sessions. Using this technique — similar to how a dog may express excitement relating a leash to a walk —  his dogs associated stand-up paddle with fun. While they started small, Aboitiz’s love and dedication to the ocean and his animals allowed his pups to graduate to the big surf. 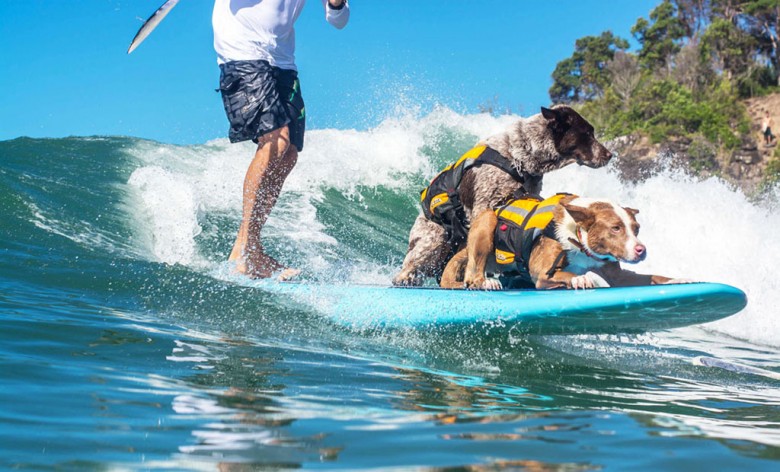 Now, Aboitiz trains with dogs on the water that have all different kinds of personalities and behavioral issues. Often, he says clients won’t believe their anxious or nervous dog will be able to get up on the stand-up paddleboard. “When you’re communicating with your dog and you’re not getting the behavior and outcome that you want, you’re not communicating properly, so you have to look at your relationship,” he says.

Beginning with the basics — teaching normal sit and stay — he can get dogs comfortable on the board in about five to 10 minutes. He then assesses the dog’s body language to understand if she is ready to take the leap onto the water.

“Then it’s just building up to the waves,” he says. After catching a few waves De Aboitiz will throw a stick in the shore break so that the dogs get used to jumping over the waves and become familiar with the noise and feel of them. 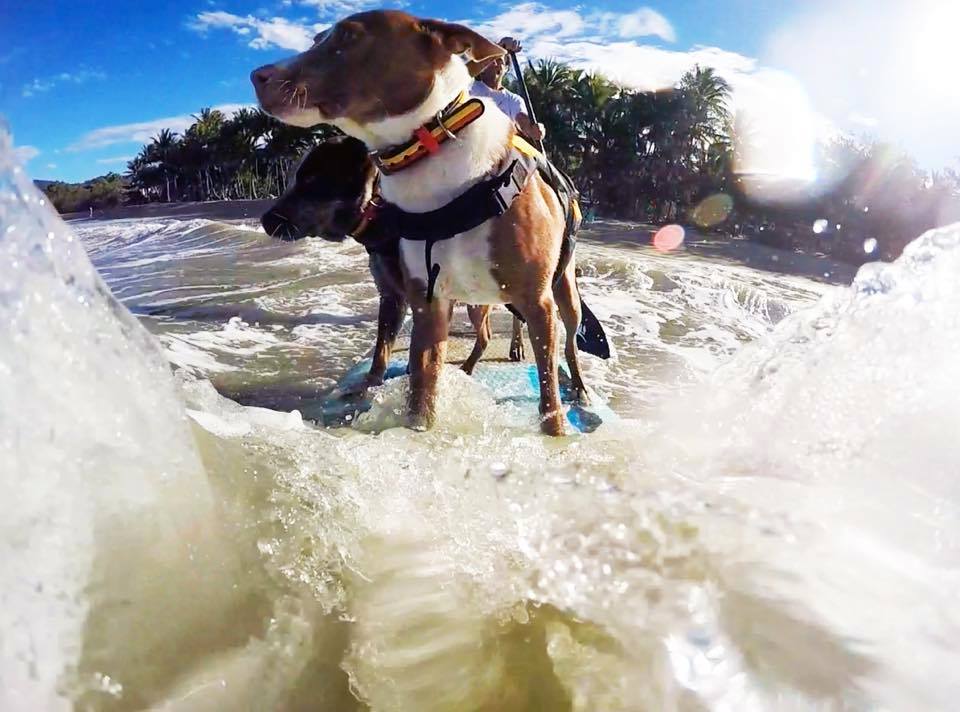 He emphasizes that when you take your dog for a stand-up paddle they’re getting exercise and structure which, all dogs need. “A lot of people are giving their dog love and no structure.”

Aboitiz’s dog surfing videos have been a hit on the internet, not only because they are a training tool but also show how to build a healthy relationship with dogs.  Dog surfing is a beautiful way to entertain and teach people, say De Aboitiz.

Aboitiz and SUP DOG OZ are planning to take this type of training to California at the end of the summer for a few dog surfing displays and competitions, such as Surf City, that will be taking place. Since Aboitiz can’t bring his own dogs because of quarantine and rabies issues, he will be grabbing a couple of rescue dogs — a passion of his — from the participating rescue center to train and surf with them, along with having them there to teach dog behavioral workshops. “We want to educate people on a global scale how to better understand their dog,” he says.