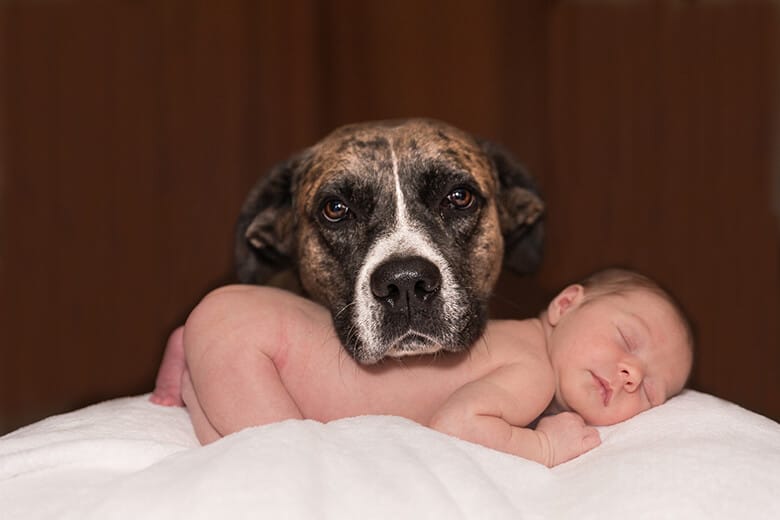 There have been a number of benefits reported to having children grow up with dogs – companionship, responsibility and improved health, to name a few.  Now, a study found two more.

Researchers from the Canadian Healthy Infant Longitudinal Development Study found that babies and very young children who grow up with dogs have reduced risk of developing allergies and childhood obesity due to the exposure of two microbes, Ruminococcus and Oscillospira, carried by dog, and other pets.

The report also found that babies in the womb can also benefit from the exposure of the microbes.

“There’s definitely a critical window of time when gut immunity and microbes co-develop, and when disruptions to the process result in changes to gut immunity,” says paediatric epidemiologist Anita Kozyrskyj from the University of Alberta in Canada.

Between 2009 and 2012, the group looked at two groups: expectant mothers who had pets in their household and those who did not. More than half had a pet in their home and of those, 70 percent of the pets were dogs.

Once the babies were born, researchers examined their fecal and compared. In total, they looked at 746 infants.

“The abundance of these two bacteria were increased twofold when there was a pet in the house,” says Kozyrskyj.

In 2013, the group had also examined the health benefits for babies when a pet was present in the home. But the sample size was only 24 infants.

With a much bigger group size, it sees that indeed having a dog or cat in your home does have a positive impact on children. And for those family not keen on welcoming a four-legged friend into their home, Kozyrskj speculates that pharmacies will create some sort “dog in a pill.”

“It’s not far-fetched that the pharmaceutical industry will try to create a supplement of these microbiomes,” says Kozyrskyj, “much like was done with probiotics.”

The findings have been reported in Microbiome.