This Picture Explains Exactly How Dogs Feel About Hugs

While humans embrace each other to show affection, sadly dogs are not down with hugs. I know, seriously heartbreaking.

In fact, hugs – those bonding interactions that release happy hormones to us – make dogs feel stressed. Well at least that is what Stanley Coren says.

After not seeing a lot of experimental evidence in the scientific world, the psychologist and professor at the University of British Columbia with a canine specialty, set out to prove this sad reality and wrote about the findings in Psychology Today.

He scoured the Internet and pulled up 250 pictures of adults and children giving their dog a hug. He only used photos where the dog’s face was completely visible and the pup wouldn’t be stressed by other factors. He found 81.6 percent of the photos showed dogs who were showing at least one sign of discomfort or stress, while only 7.6 percent of the dogs were relaxed. The remaining showed neutral responses.

While dogs can exhibit stress signs in an extreme fashion – baring their teeth – there are subtler indicators. According to Coren, the most common sign of anxiety is when a dog turns his head away from what is bothering him, or stressing him out, and closing his eyes entirely, or partially. Other red flags include when dogs lower their ears, do a “stress” yawn, raise one paw up, or lick their lips or the person’s face.

In the below pictures, you can see these signs. In the first one, the dog’s whites in his eyes are showing, his head is down and ears are back.

Related: Can Dog Kisses Do More Harm Than Good?

In the second photo, the dog is licking, his head is turned, eyes are closed and eyes closed.

The reason dogs don’t like to be hugged is because they are considered “cursorial animals,” according to Coren. Basically when dogs feel threatened their first instinct is to run. If they feel trapped and can’t run, their next defense could be to bite the animal or person they feel threatened by.

While this is the latest evidence supporting the belief dogs don’t like to be hugged, it isn’t the first. For instance, websites, like Doggone Safe, teach parents how to prevent dog bites, with one tip being not to hug them. Also, when a children’s book came out called Smooch Your Pooch in which kids are encouraged to kiss and hug their dog anytime, the American Veterinary Society of Animal Behavior released a statement cautioning parents from purchasing the book, as “this information can cause children to be bitten.”

So how can you show your dog love? A pat on the head, rub on the tummy or treats will do the trick. 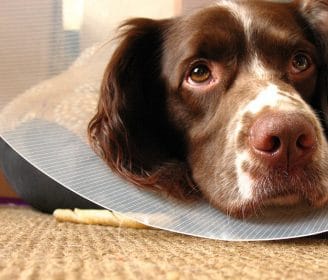 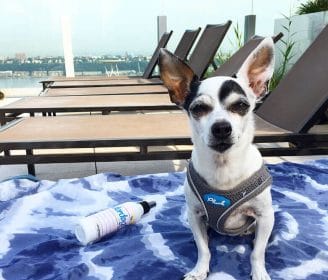 The Doggy Sunscreen I Fell In Love With 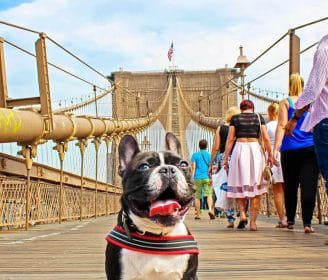 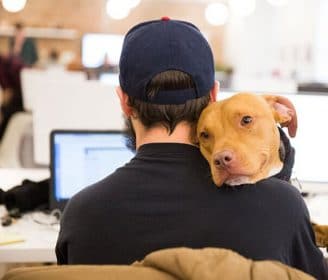 Yes, You Can Foster a Dog and Have a Full-Time Job 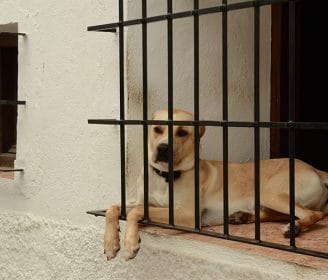 How to Help Your Dog When Your House Gets Foreclosed On 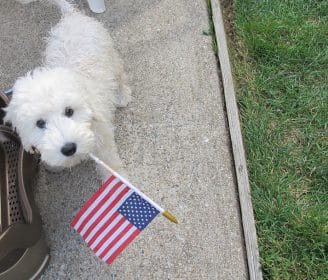