PRESS ESC TO CLOSE
News > After Losing His Parents, Football Player Has His Two Rescue Dogs Accompany Him on Senior Day 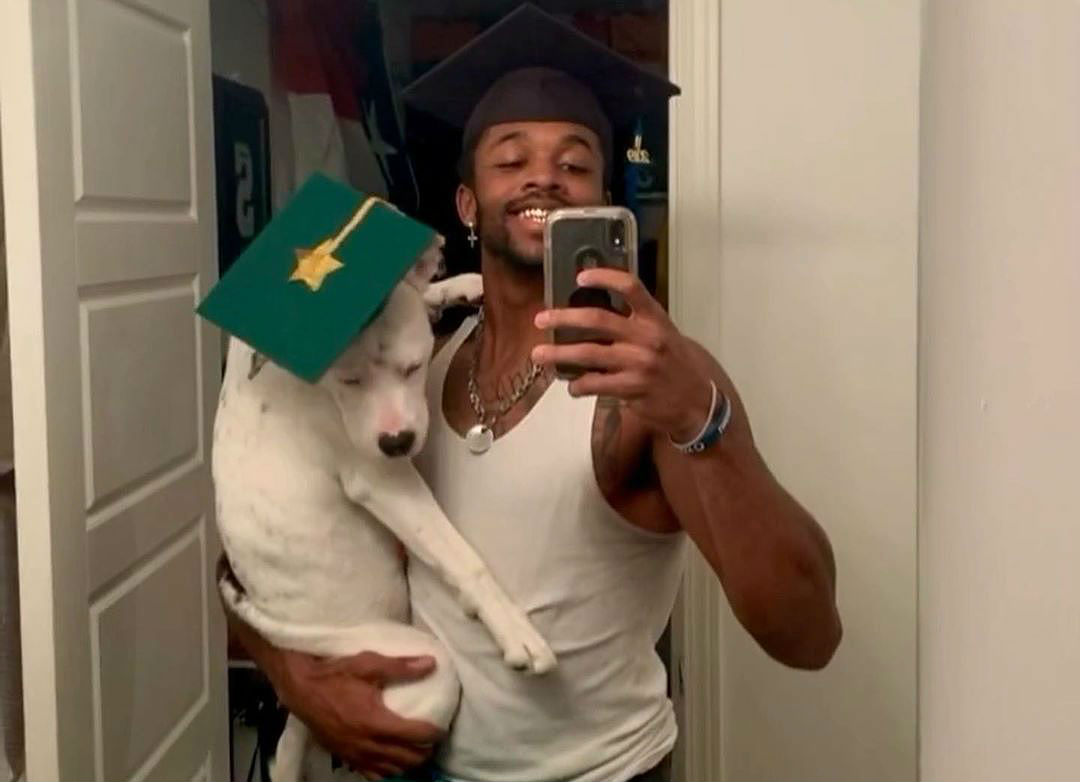 It was seniors day this weekend for the Michigan State football team. Players were led out by their parents to honor them.

But for Josh Butler, it wasn’t his parents who escorted him out on the field; it was his two adopted dogs, Roxy and Remi. The pair, boxer/pit bull mixes, have been by Butler’s side ever since he lost both his parents.

His father passed away in 2017 from an apparent heart attack, with Butler learning only hours before the team’s matchup with Penn State. He still played as he knew his father would have wanted him to compete.

“I was real close to my dad. He helped me become a better man,” Butler told the Detroit Free Press earlier this year. “I already knew he would’ve wanted me to play in that game.”

A year and a half later in April, his mother passed away after being diagnosed with stage four breast cancer.

To help him cope, Butler adopted Roxy and Remi. The dogs are regulars on his Instagram page, JoshButlerTV, in which he shares with the world what it’s like for him both on and off the field. The pups also have their own IG page for even more cuteness.

“My dogs have helped me in life by encouraging me to do better as far as finishing school and chasing my dreams. I do it for them now!” Butler tells This Dog’s Life. “They constantly remind me to continue to get up every day and they always put a huge smile on my face, so in return I would like to be a successful as possible so that one day they can have a big backyard to play in. They mean the world to me and go everywhere I go.”

So when it came to senior day, for Butler, it was only fitting these two would accompany him on the field.

In a video posted on Instagram, you can see Remi and Roxy beyond thrilled to be with their dad, excited to join him on the field.

“I wanted them to be a part of my senior day because they are a huge impact on my life, and since both my father and my mother passed away, Roxy and Remi are there every single day filled with excitement,” Butler says. “It was important to me that they be with me for senior day because when I was going through my ups and downs, they sat by my side.”