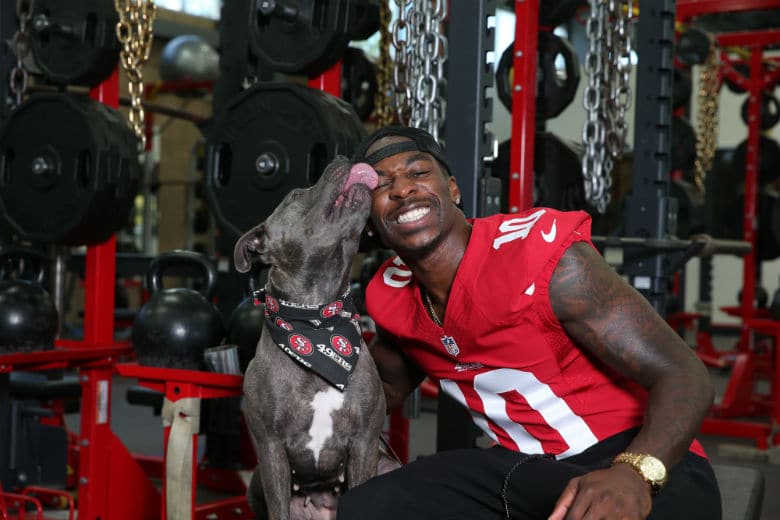 A football team decided to do something good off the field by helping shine a light on homeless dogs.

The San Francisco 49ers teamed up with two local shelters – Humane Society of Silicon Valley and Silicon Valley Animal Care and Control — for the “K-9ers calendar” featuring dogs in need of homes, along with their own pups.

“The 49ers are huge animal lovers and many of the players have dogs at their homes,” says Rachel Gerston, the development manager, at the HSSV. “The calendar features the players’ dogs as well as dogs from HSSV and SVACA.”

Related: NFL Players Are Speaking Out Against Dog Fighting and Helping Get Justice for This Bait Dog

Occurring earlier this year at Levi Stadium, players, including Dontae Johnson, Garrett Celek and alumni Parys Haralson volunteered their time for the calendar and shoot — and they didn’t seem to mind one bit.

“You bring a dog, a cat, or any type of animal home, it’s just another member,” Johnson, the team’s cornerback, says in a video. “You grow to love them and cherish them and happy they’re with you. It’s just an amazing feeling. ”

When it came time to photograph the player with the dogs, everyone was excited. 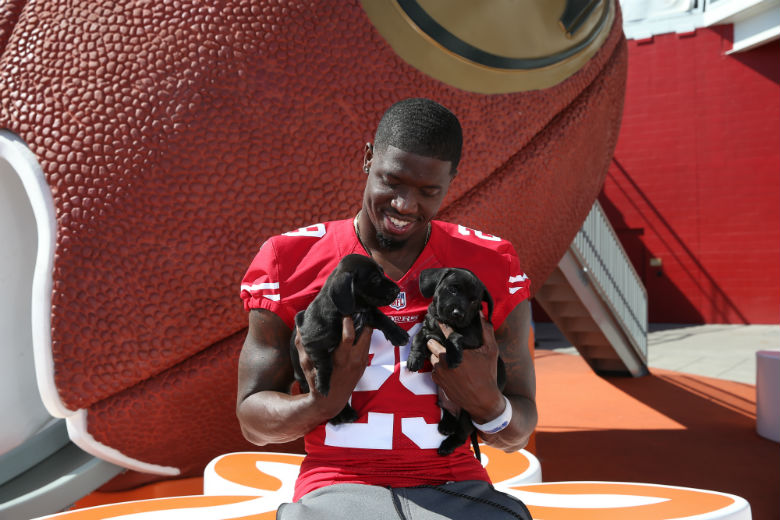 “They would line up as we entered the building just waiting to see who we brought off the bus,” Gerston says of the players. “Each time we had a photo shoot, there were additional players wanted to meet the dogs even though they weren’t being photographed.”

Gerston noted a few of the players had recently moved to San Francisco and the shoot not only allowed them to give back but spend time with dogs — missing their own.

“Some of these players were new to the Bay Area as they just got traded to the 49ers and their pets were still at home,” says Gerston. “They were really excited to be able to spend some time playing with the dogs and making an impact on our community.”

While none of the players ended up taking any of the dogs home from the shoot, all the pups have been adopted.

The proceeds of the calendars – which goes from September 2016 to August 2017, the football season — will help both organizations save, care for and adopt our more animals. The cost is $10 and can be ordered here.