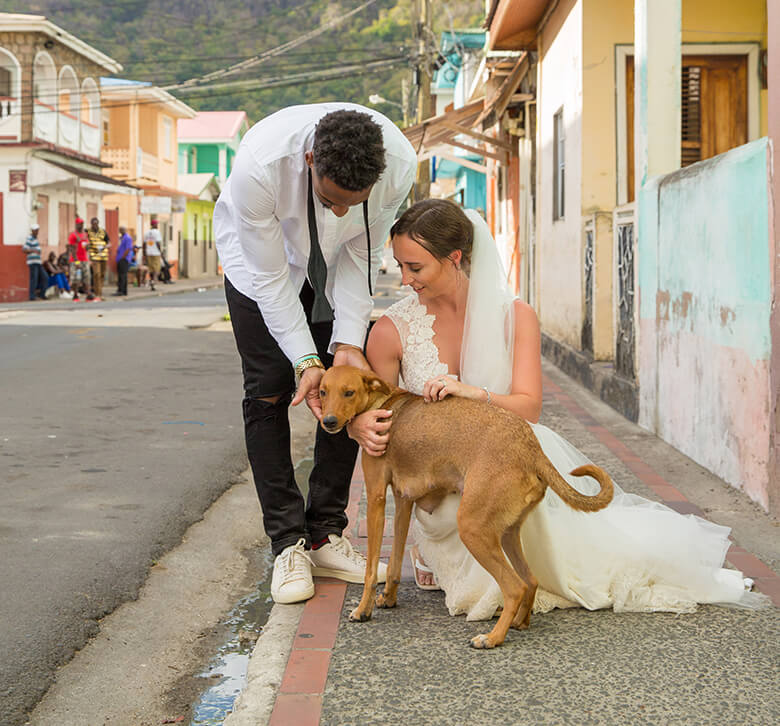 For NFL player Logan Ryan and his now wife Ashley Bragg dogs have always been a part of their life.

While Ryan is playing football, Bragg spends much of her time helping animals in need, especially pit bulls.

Their home has two rescue dogs, a puggle named Nala and a pit bull mix named Leo, both are active in the rescue world and the pair recently started Ryan’s Monthly Rescue, where the NFL player features a dog on his social media feed to help the pup find a home. 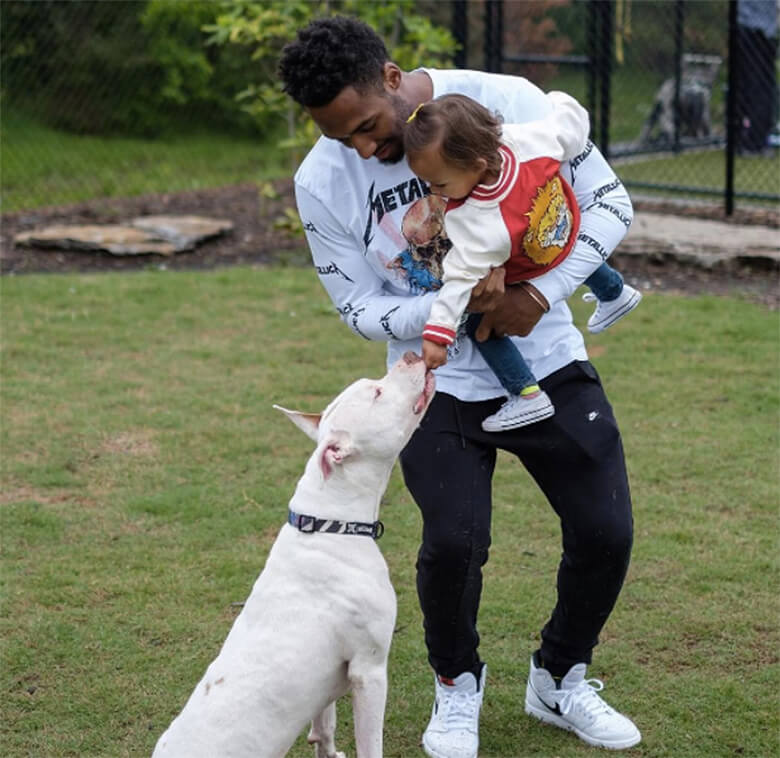 So, when it came time to get married, a stray dog managed to pull at their heartstrings and motivated them to help other animals.

In April, the pair got married in an intimate ceremony on the Caribbean island of St. Lucia. One of the first things they noticed were the number of homeless animals.

“From the time we left the airport until the time we arrived at our very secluded resort, we saw stray dogs and cats everywhere,” says Bragg.

One of those dogs caught their eye: a dog they called Logan. The couple was doing a photoshoot in the town of Soufriere when they met the dog. 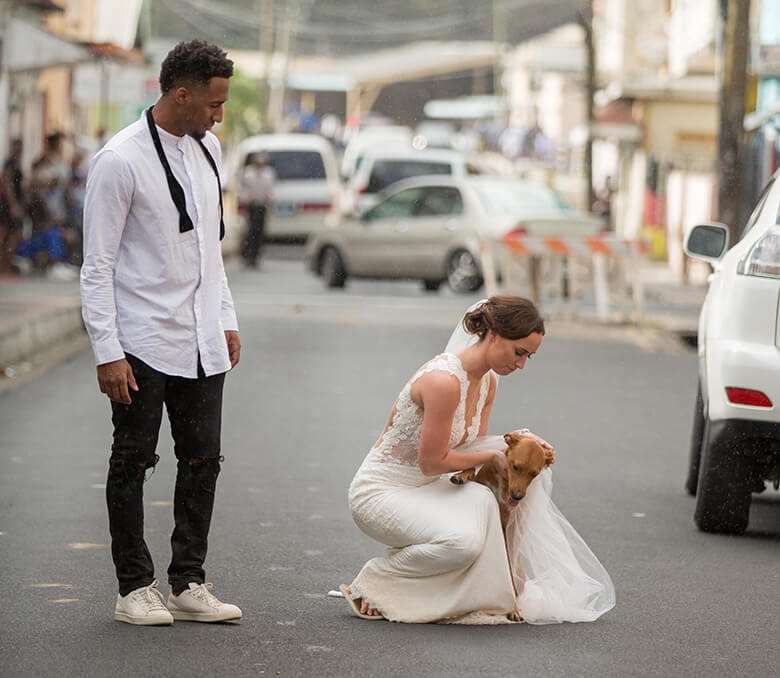 “While walking down the street for photos, we saw a skinny stray dog walking by. She came right up to me and began licking and even hopped up on my knee,” says Bragg. “We said our goodbyes, but she didn’t like that answer and continued following us until we left for our next location.” 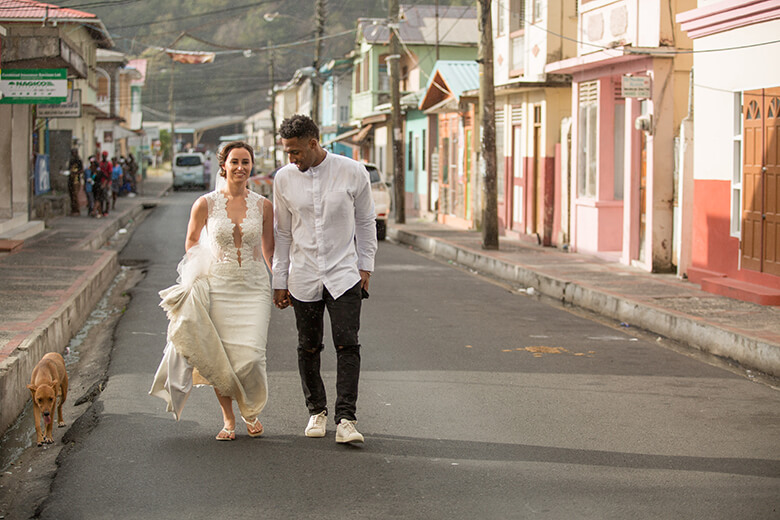 Realizing the plight these animals faced, the pair asked guests to forgo presents and instead donate to the local shelter, HelpAWS.

“Everyone thought it was a great idea,” says Bragg. “I think being able to see an actual dog their donation would be helping made it a little more special.”

HelpAWS is one of the few rescue organizations on the island and with little help and too many dogs, the extra donations and publicity were much appreciated.

Much of the funds went towards the main focus: spaying and neutering many of the dogs and cats on the island.

As for the who started it all, Logan is doing well.  She was rescued from the streets, has been spayed and now is in foster care. 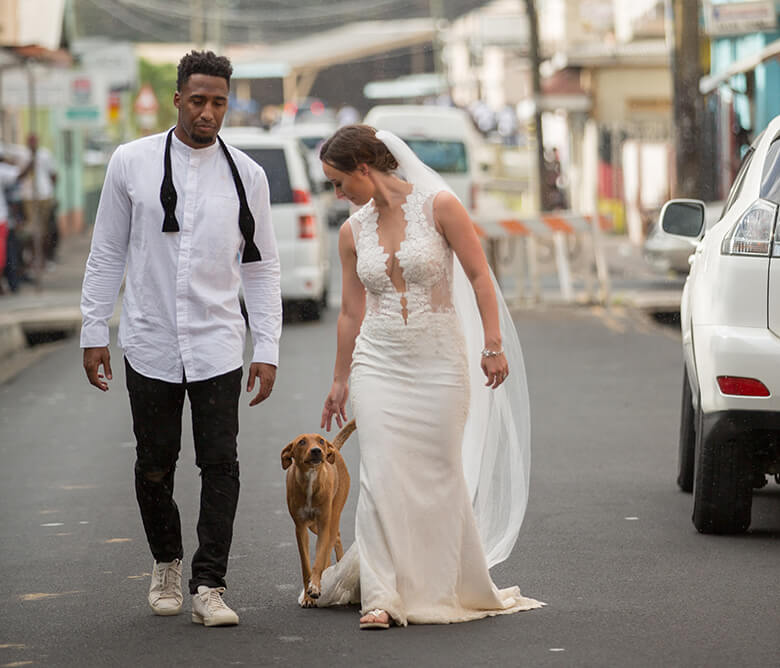 “The day we met Logan in Soufriere, we were just two dog-loving newlyweds who couldn’t resist petting a dog on the street,” says Bragg “Now, she is helping to bring awareness to the issue of stray dogs in St. Lucia and bringing in donations to help more dogs just like her.”