PRESS ESC TO CLOSE
News > After Given 5 Years to Live, an Overweight Man is Prescribed a New Diet: A Dog

When Eric O’Grey’s weight hit 340 pounds in 2010, his doctor told him to purchase a cemetery plot. With a cholesterol level of over 400, very high blood pressure, and a 52-inch waist, the doc gave him a life expectancy of about five more years. Eric was only 51 years old. He left the office with a new prescription: a dog.

“I was taking 15 different medications, including insulin for type 2 diabetes. I had never owned a pet before, so I was very surprised when my new doctor prescribed a shelter dog for me rather than more medication,” O’Grey told This Dogs Life. 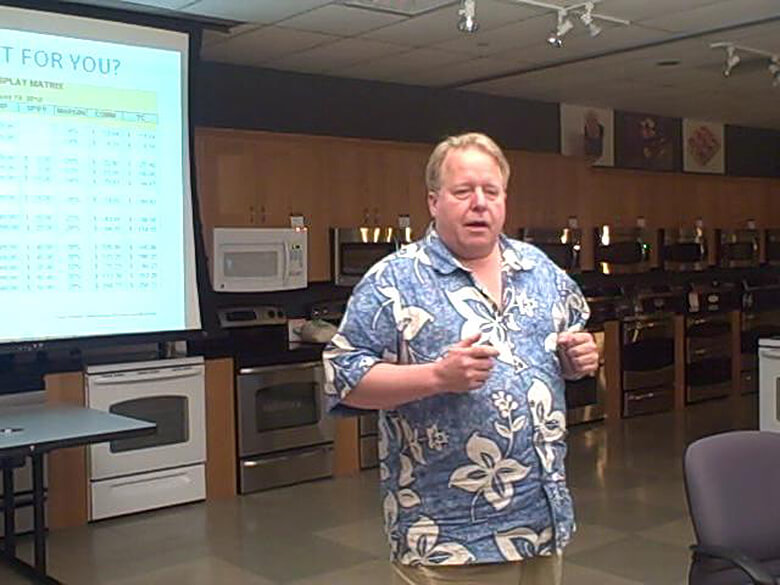 He describes himself at the time as socially isolated, a man who’d stopped living his life. So when he asked the doctor if he could adopt a cat instead, she gave him a stern look. “She asked if I had ever tried walking a cat.”

Of course, it has been done but a dog requires regular walks, not to mention the benefits humans reap from traveling with Fido. “I had tried and failed on every other diet and diet program ever marketed in the US before this and was desperate,” says O’Grey. “So, I decided to follow my new doctor’s advice, because I felt like I had run out of other options.”

After the doctor visit, O’Grey headed over to the Humane Society Silicon Valley and met with an adoption specialist. “She was very specific about adopting a dog being a lifetime commitment, and she made sure I agreed to that before she would go further with the adoption process.” O’Grey suggested an older dog, thinking that would be less of a commitment. 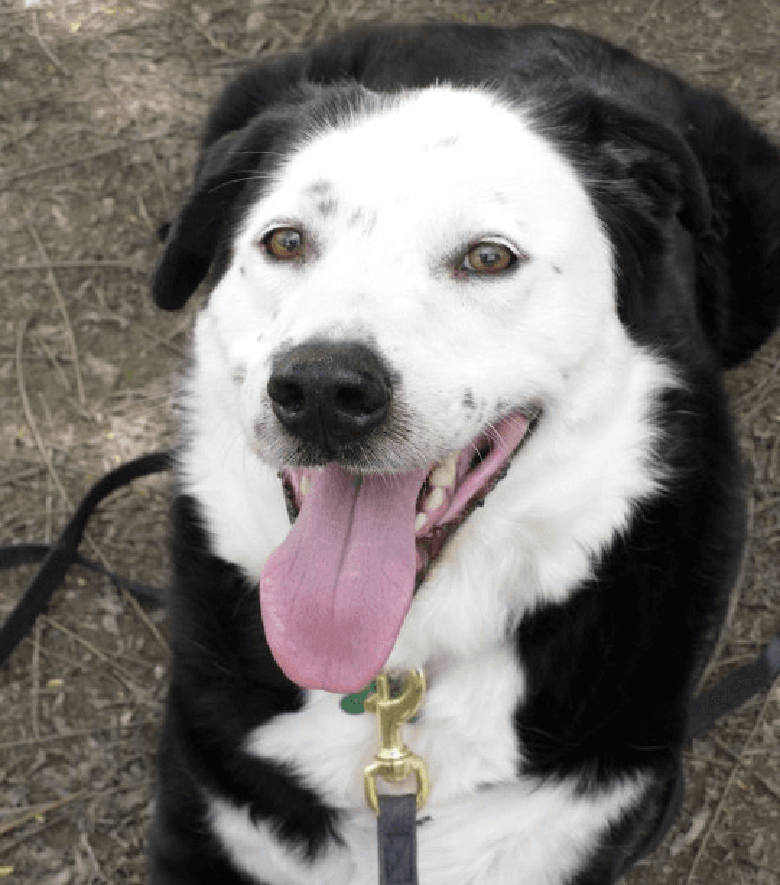 “I imagined a happy, small, well-trained dog, something less than 20 pounds. After our interview, the adoption specialist said she had the perfect dog for me,” he says. Instead of his little dog, she brought him Peety. He was 7 years old and about 25 pounds overweight, tipping the scale at 75 pounds. He had skin problems, and his head hung low. “He was clearly unhappy and depressed,” O’Grey recalls.

O’Grey decided to follow the adoption specialist’s advice. “Up until that point, following my own advice had not worked well for me at all.” Peety was sprung from the shelter that day, and O’Grey acquired a new roommate.

When O’Grey looked at Peety’s adoption papers, he realized they were even more alike than he thought. Peety had spent his entire life alone in a backyard. No one ever played with him, and he never went anywhere. The dog was just as socially isolated and shut down as his new human.

Related: Reunited: Marathon Dog Gobi Has Been Found and Is Back With Runner

“When we first went home, Peety and I sat on opposite sides of my apartment for the first three days, looking at each other skeptically.” On the third night, Peety hopped up into bed with him, and they became best friends. “He was not in good shape, so I started feeling sorry for him rather than feeling sorry for myself and focusing on my own problems.” 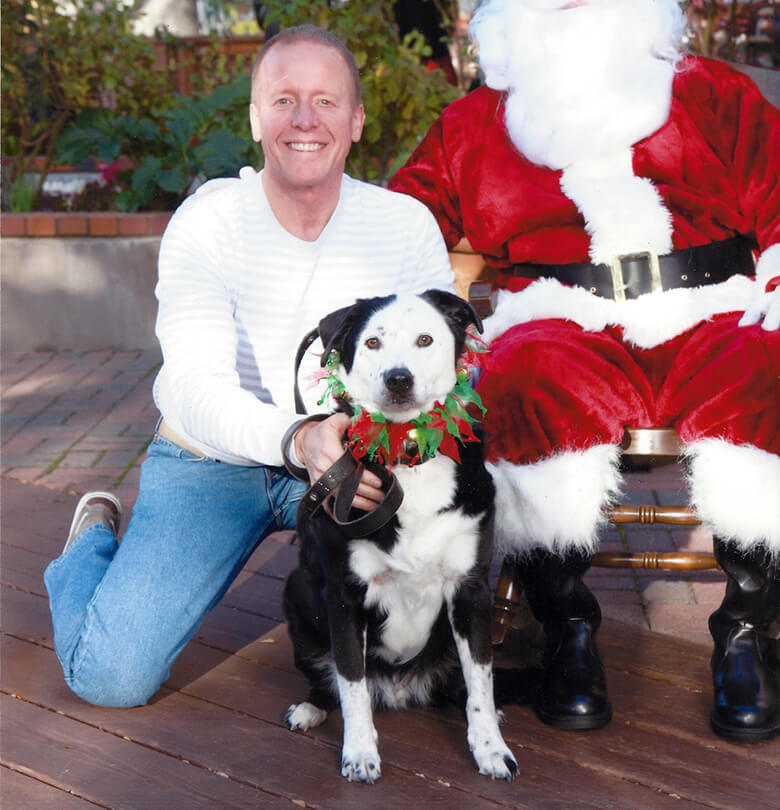 They began going everywhere together. Along the way, they met lots of new friends. O’Grey describes his bond with Peety as something he’d never had before with any animal or person. They walked for half an hour two times a day, and O’Grey changed his diet to “healthy plant-based foods.” The results? O’Grey lost 150 pounds, and Peety lost 25 pounds.

Over the next year, his weight continued to drop until O’Grey reached a svelte 180 pounds, and his waist shrunk to 33 inches. All his health problems vanished, including the type 2 diabetes. He no longer needed to take any medication. He had dreamed of running a marathon, and with Peety at his side, he fulfilled his dream. Somewhere along the way, he realized he’d become a completely different person.

The dog, of course, got older. One day, his veterinarian found a large cancerous growth on Peety’s spleen. There was nothing they could do. “I lay with him on the floor for two days singing him John Lennon songs,” recalls O’Grey. Peety died in his arms. “Losing Peety was the most difficult experience of my life.”

After six months of grieving, he had just finished a race, and a thought came into his mind: Drive over to the shelter right now.

He did, and that’s when he met Jake, a black lab who had just been put up for adoption four minutes earlier. He adopted the dog on the spot, and they started training. Jake now runs 10-mile distances with him.“We average about 40 miles per week running together, and are doing a half marathon race together this weekend,” O’Grey reports. 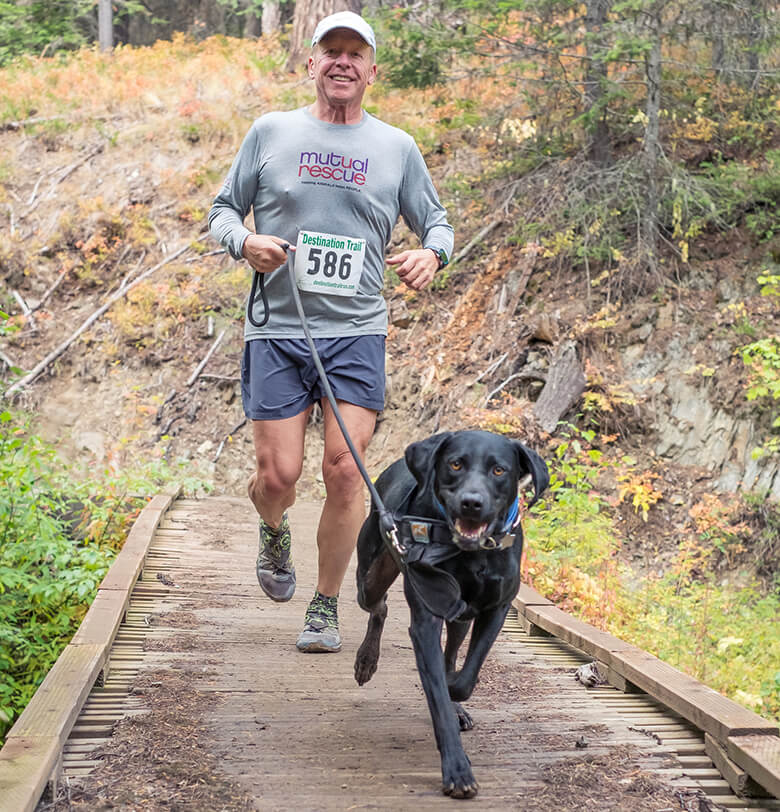 “Thanks to Peety,” O’Grey says in his video, “I wake up wanting to be the best person I can be.” Below is the video and O’Grey has also documented how his adopted dog saved his life in his book, Walking With Peety.

Related: Here’s How to Take Your Dog on a Healthier Run