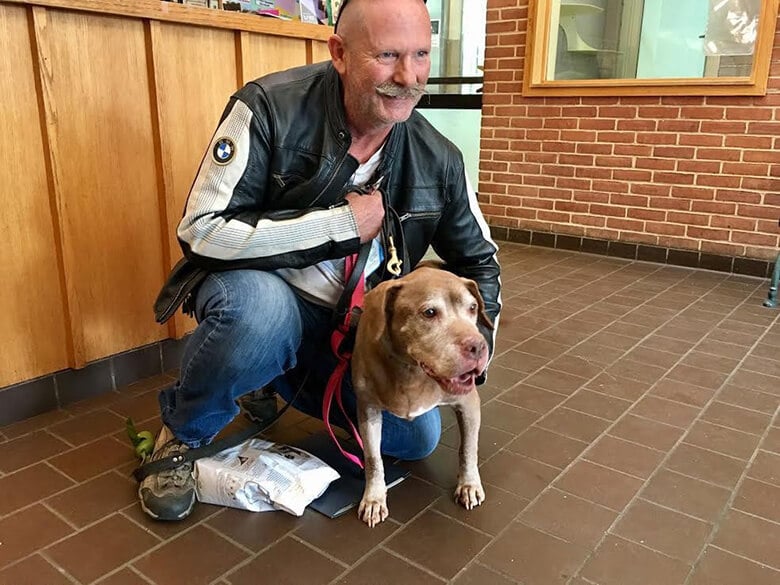 After tragedy struck, an 18-year-old dog ended up at a shelter. Fortunately, someone saw something special in the pit bull and now the dog is living her golden years in a home.

Named Julep, the senior dog arrived at Humane Rescue Alliance at the end of February after her owner had passed away. With no friends, family or acquaintances able to take her in, the elder dog was brought to the shelter.

“Julep was a little confused as to what was happening,” Matt Williams, the senior director of communications at the Washington, D.C.-based organization, told This Dog’s Life. “She had been in her home for 18 years and suddenly was in the shelter.”

Because of her age, the staff was concerned they would have a hard time placing her.

“It takes special adopters that are willing to potentially have the dog for only a short amount of time, but want to give a senior a great final home,” says Williams. “Rarely do you get a dog that is 18 years old, so we knew this would be a challenge.”

Related: Senior Dog Who Fell Through Ice Saved By Firefighters

The team tried various techniques for getting the word out about Julep, including having her be the Pet of the Week on the organization’s Facebook page and on local media outlets.

“Just as Mint Juleps are the perfect drink to celebrate spring, 18-year-old Julep is the perfect dog to start spring with!” the Facebook post reads. “She doesn’t need much, just a couch to sleep on and a human to love. Do you have room in your home and your heart for Julep?” 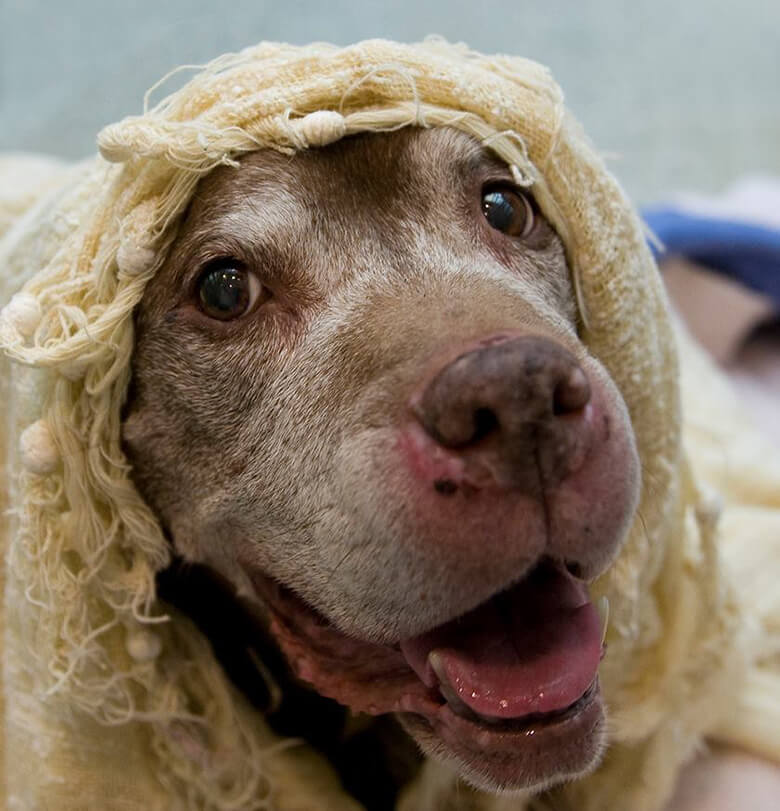 Well, someone did have room for a senior dog. Wayne Lerch had seen the post and after losing his senior dog, Jasmine, he decided to go meet Julep.

Lerch, not wanting to feel pressure to take her home that day, decided to drive to the shelter on a motorcycle, but as soon as he met Julep, he knew he would have to go back and get his car. 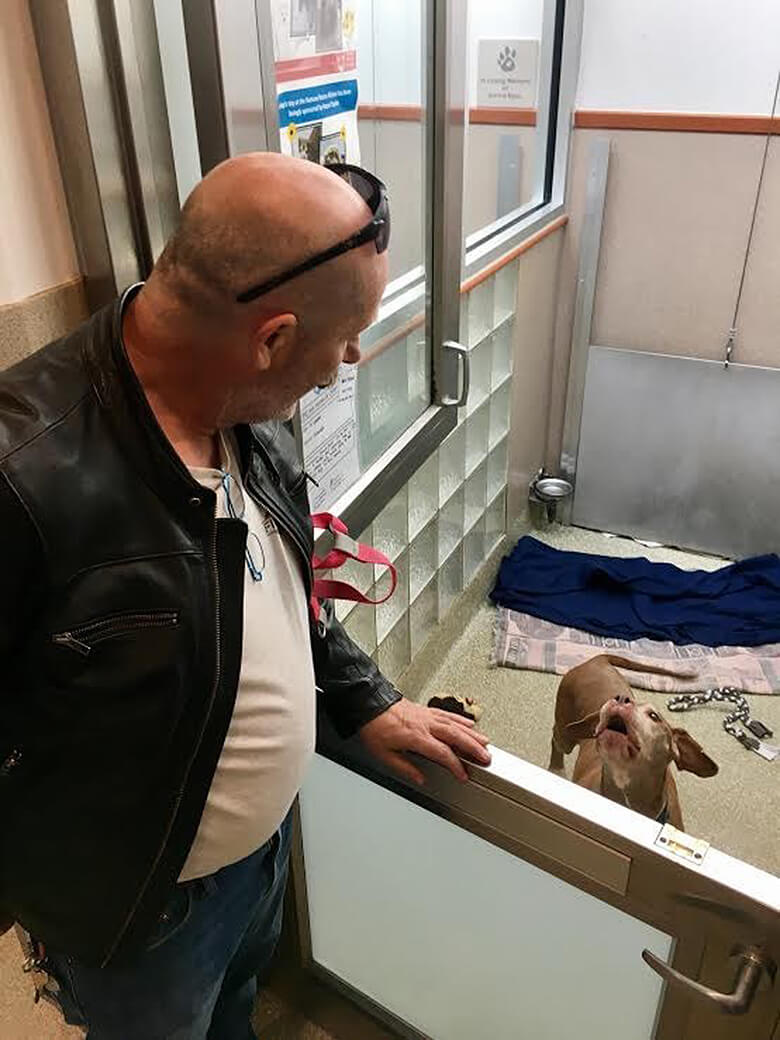 “I think it was love at first site for Wayne,” Williams says. “Julep was very interested in getting as many treats out of Wayne as possible, but she quickly realized that Wayne was going to be there for the long run.  They bonded quickly and there was no doubt in Wayne’s mind that he wanted this dog.”

Now named Tootie, after Lerch’s grandmother and the dessert tutti frutti, her new owner is amazed the dog still has so much pep in her step. 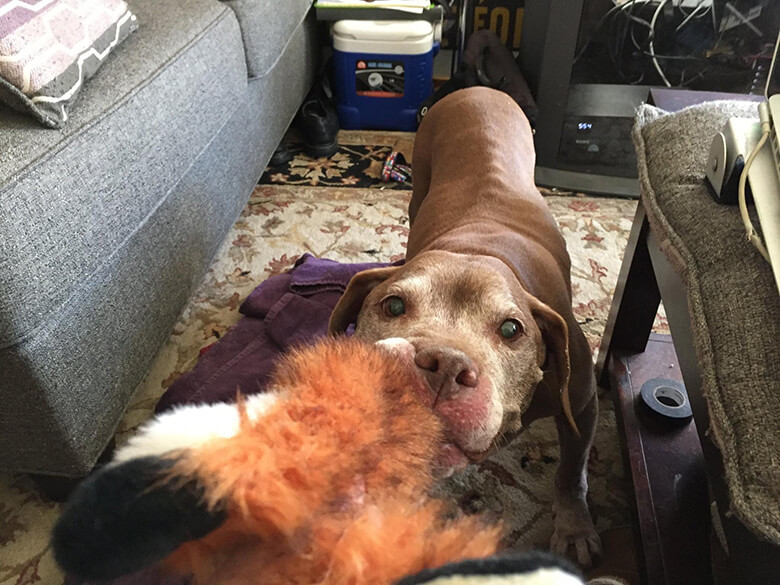 “I am really surprised how much energy Tootie, she has makes me wonder if she’s really 18,” he writes in a post showing her on walk.

I am really surprised how much energy Tootie, she has makes me wonder if she’s really 18.

And she still loves her playing. “She likes her bed, she really likes it!” Lerch writes on another post. “So stuffed balls apparently aren’t safe around her. the other two toys I got her on the way home from the shelter are pretty much still intact. I got great joy watching her tear this thing apart. She looked so happy.”

Williams couldn’t agree more that she found her match.

“They seem to be doing great!” he tells us. “Wayne said she slept until 10:30 the first morning, taking advantage of a bed and quiet surroundings.”

While Tootie found a home, there are many more senior dogs looking for theirs. Check out the Humane Rescue Alliance website, or an organization which focuses specifically on senior dogs, like Susie’s Senior Dogs.