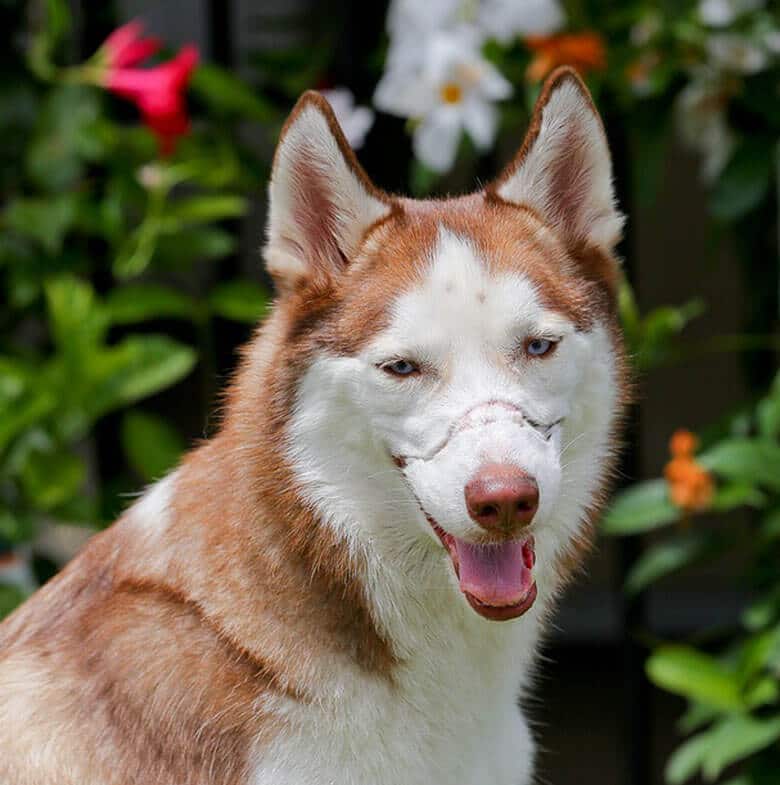 Patriot wasn’t even 4 months old when he was found abandoned near the Camp Pendelton Marine Base in Oceanside, California. Malnourished and scrawny, the sable husky had his muzzle wrapped shut with metal wire.

The wire was so tightly wrapped, it was embedded deeply in his muzzle, cutting through the jowls of the mouth on both the upper and lower jaws. The end of his tongue had been severed. 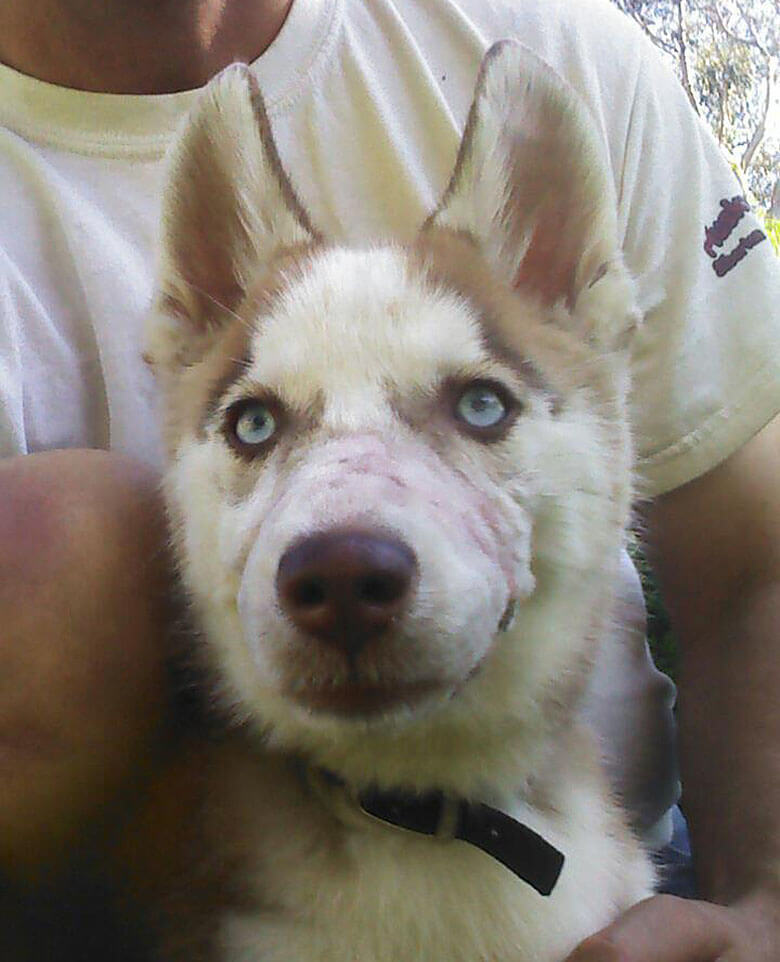 “Whoever did this to him wanted him to suffer and to have a short, miserable life,” says Kevin Marlin, PAWS program executive director in California’s Orange County.

Patriot was taken to Husky Camp Siberian Rescue. “He was understandably withdrawn,” says Marlin. “He didn’t directly pull away from attention, but he did not really yearn for it either.”

Marlin decided to take Patriot home as a foster. As a rescuer, he was used to seeing a lot of neglect and abuse, but this case hit him hard. Patriot was just a puppy. “What really drew me to him was the innocence of his deep blue eyes,” he says. 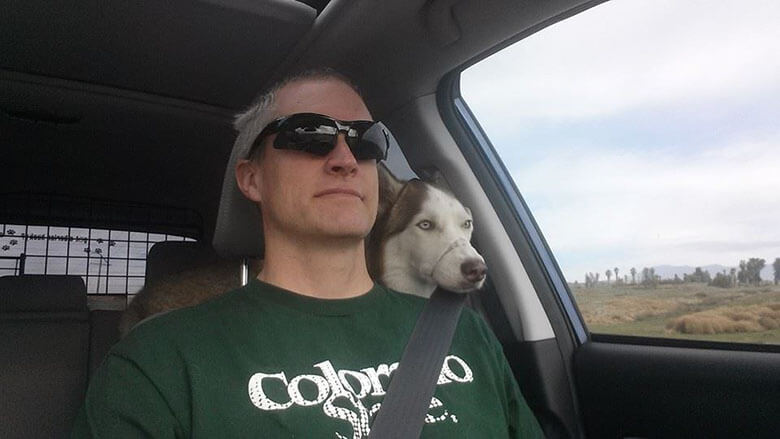 His injuries required veterinary attention, and he needed time to heal properly – both mentally and physically.

Over time, Patriot healed. And then something remarkable happened. Patriot appeared to want to help people. Marlin took him to therapy dog training, and Patriot passed evaluation by the time he 1 years old – something not many dogs achieve at that age.

“Patriot’s first real epiphany was when he was about 18 months old,” says Marlin, who ended up adopting Patriot. He’d only been working for a few months as a therapy dog. They visited a Children’s After School Counseling unit where the kids were often withdrawn and struggling emotionally. Frequently, they don’t want to talk or hang out with the dogs. 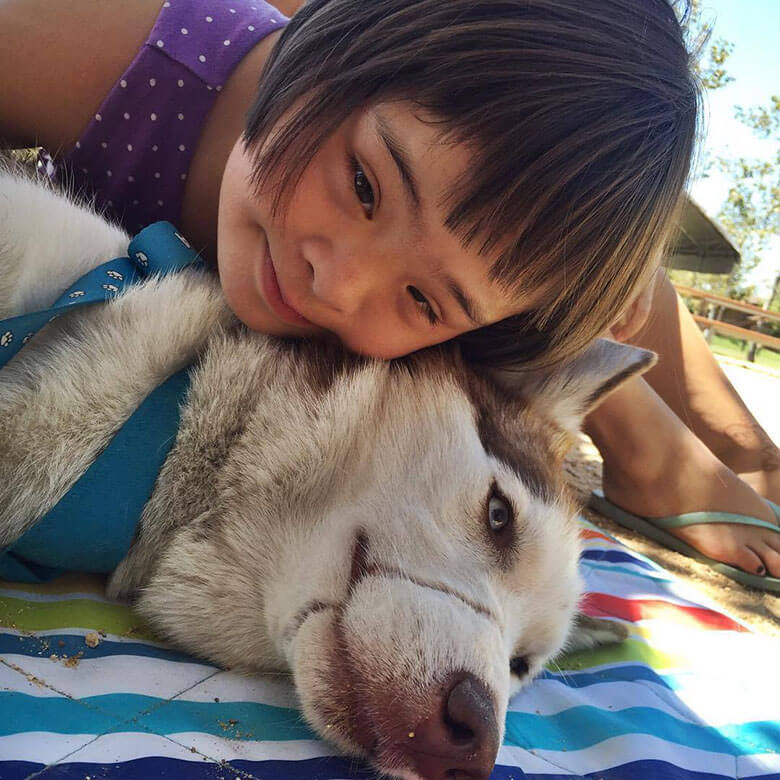 One afternoon, there was a young girl who was new to the group, says Marlin. She wouldn’t sit with the others in the group. “Patriot was drawn toward her, so much so that he literally was pulling me to go over to her.”

Patriot nuzzled the girl with his nose, but she sat with her arms crossed and her head down. She pushed him away, telling him to leave her alone. “At this point, most would give up and move on, but Patriot felt the need to stay.”

“After some time, she finally looked up at me, and said ‘What’s wrong with your dog. Can’t he leave me alone?’ I told her that I the best way to get rid of him was to at least say ‘hello’ and pet him,” Marlin recounted. 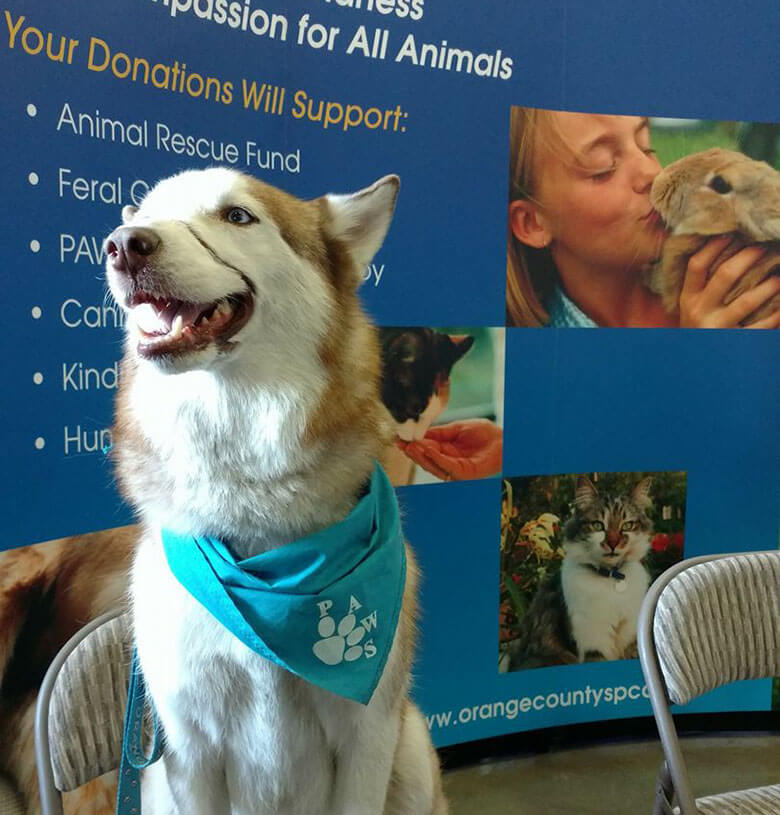 The girl finally stared into Patriot’s eyes; she noticed his scars. When she asked what had happened, Marlin told her that he hadn’t been treated so kindly before. “She looked down at him again, and hugged him, telling him that she knew what that was like.”

It was almost as if the dog felt the need to get her attention, Marlin says, as if he were saying that he understood where she was coming from. “As we walked away from the young girl, he had a confident stride of success, knowing that he got through to her. It was quite a moment for him and really a turning point in his understanding of what it was all about.”

Since that day, Patriot has assisted in a number of different cases before the Orange County District Attorney’s office. He helps young, abused children through the phases of their cases. 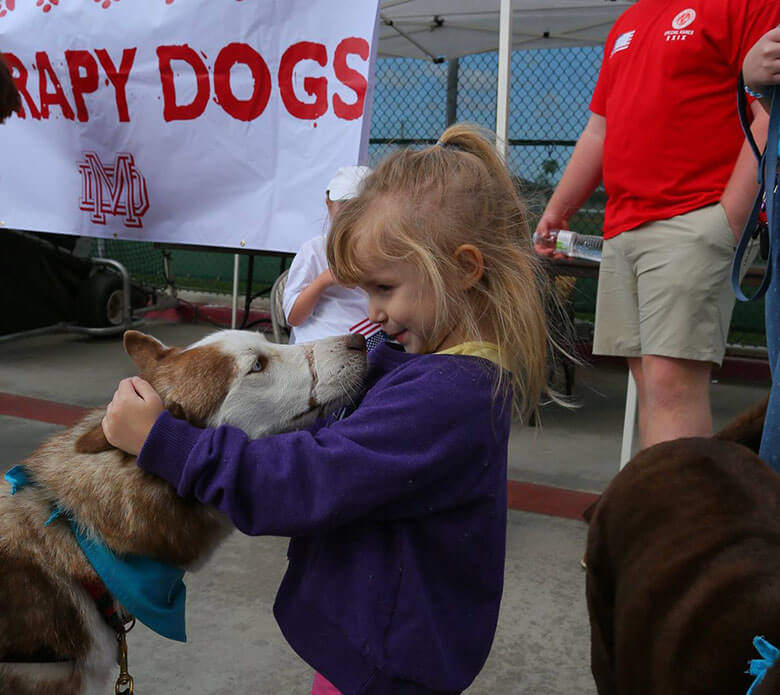 “There have been several times where the children become very emotional during the process, and turn to Patriot for support and confidence,” says Marlin. “He seems to really connect with them, and they can easily identify with him because of his past.”

Children don’t think adults understand what they’ve been through, Marlin says. Getting through to them is often difficult. But Patriot can relate to these children because they share something in common. They quickly identify with him and can then open up. Patriot stands as a sign that they can get past this and recover, just as he did.

“I think that he speaks the magical language of compassion and understanding,” says Marlin “For some, the connection is very strong, almost spiritual in their mutual acceptance and understanding of each other. He has a natural way of bringing out all that’s inside, and does it in a way that is comforting to them.”