Waiting a month in the area ravaged by the California wildfires, a dog is reunited with his owner.

Andrea Gaylord, 75, was forced to leave her dogs, Miguel and Madison, behind when the Camp Fire, one of the worst fires in California’s history, broke out near her home in the city of Paradise.

During her time away from her dogs, Anatolian shepherd brothers, Gaylord could just hope and pray for their safe return.

Shayla Sullivan of K9 Paw Print Rescue, a California-based animal-rescue organization, was able to locate Miguel a few weeks back in a different city, but still no word of Madison. That was until this past week.

On a Facebook post, Sullivan shares the miraculous news that Madison was found near the location where his home once stood.

“HAPPY to report that Andrea was allowed to return to her property today and THERE MADISON WAS!!!!” she writes. “He had stayed to protect what was left of his home, and NEVER gave up on his people! I’m so happy I’m crying as I write this! He didn’t give up through the storms or the fire! A LOOOOONG month it must have been for him!”

Sullivan had been in touch with Gaylord every day since she was separated from her dogs. While Madison had been spotted a few times, he was deep in the canyon, not wanting to leave his post at his house.  She would put out food, along with clothes that smelled like.

“I had the idea of placing an article of clothing that would smell like her( i had hugged her) to keep Madison’s hope alive until his people could return,” she writes.

When the two were reunited, it was magical. 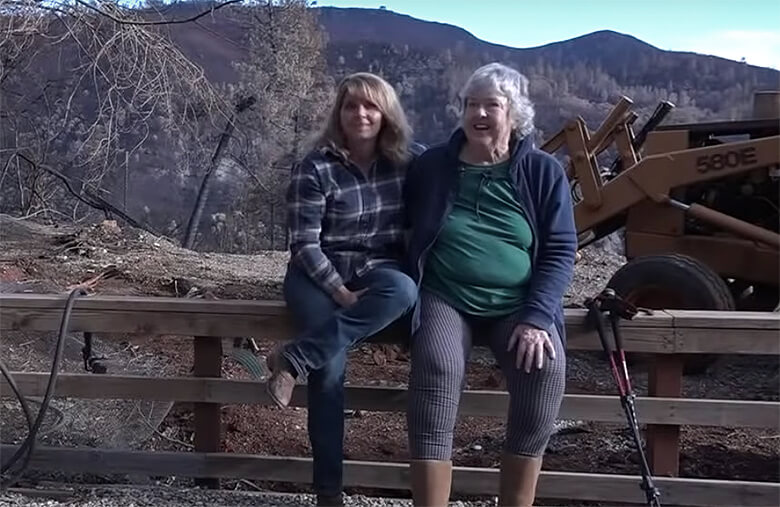 Related: Here’s How You Can Help the Thousands of Animals Displaced by California’s Fires

“Imagine the loyalty of hanging in through the worst of circumstances and being here waiting,” Gaylord told ABC10, adding, “You could never ask for better animals.” 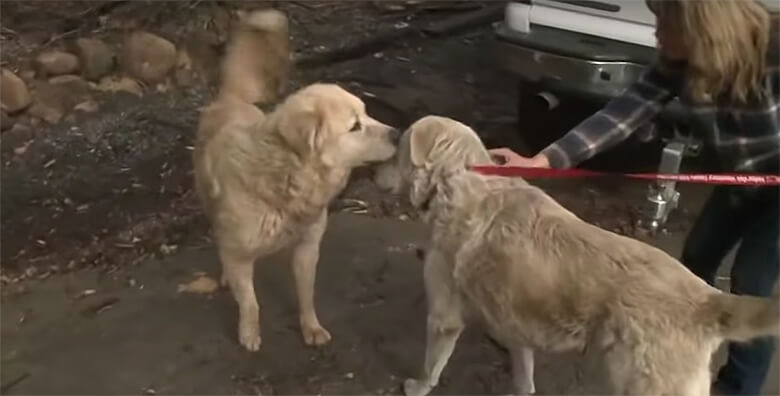 Sullivan continues to look for lost animals, knowing how badly victims of natural disasters want to be reunited with their pets.

“When I work a disaster to help animals what keeps me going is KNOWING that someone loves them and are on the ‘outside”’hoping their pets are ok,” she writes.